Dwie Trzecia
10) Chefs have come and gone at Dwie Trzecia, but if there’s any uncertainty behind the scenes then it doesn’t register out front. It was February when the Insider visited, with a successful experience wrapped up by a fondant: nice and squidgy, with the thick chocolate ooze offset by a light orange and chili foam.
ul. Wilcza 52, dwietrzecie.waw.pl 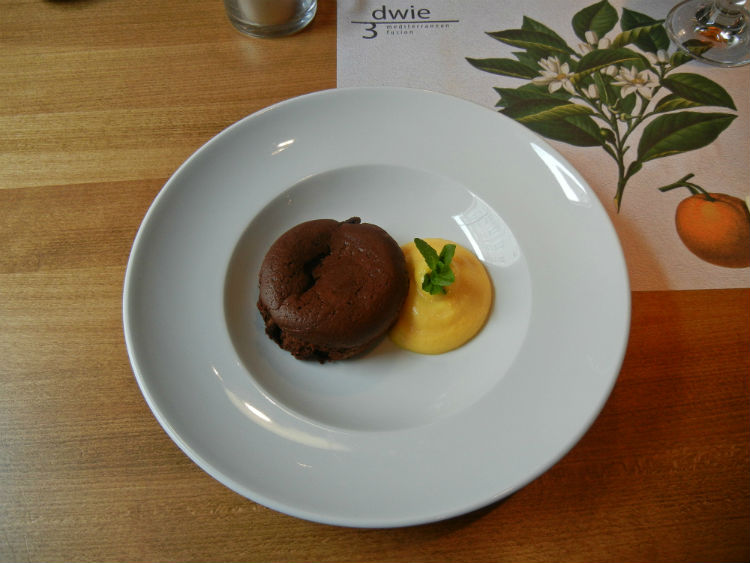 Focaccia
9) Italian cuisine gets modernized in Focaccia, with seemingly pedestrian-sounding staples reconsidered under the watch of Łukasz Toczek. In September that meant a memorable dessert involving orange ice cream with almonds, caramel, chocolate and ginger – a wonderful combination that quickly merges into one bug gooey brew of perky tastes.
ul. Senatorska 13/15, focaccia.pl 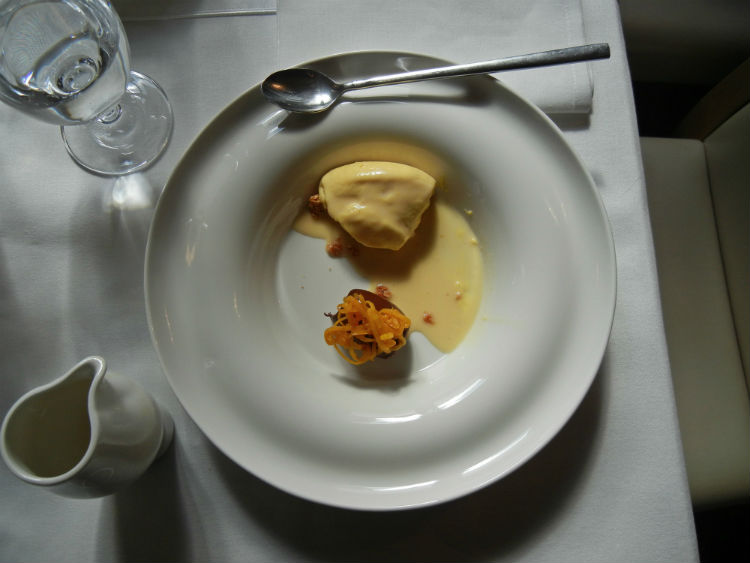 Nolita
8) Fine dining in Warsaw doesn’t get much better than Nolita, so no surprise to find them making it onto our shortlist. September’s visit was signed-off by a rhubarb cheesecake with milk ice cream and a topping of beetroot: every inch the sophisticated conclusion you’d expect.
ul. Wilcza 29A, nolita.pl 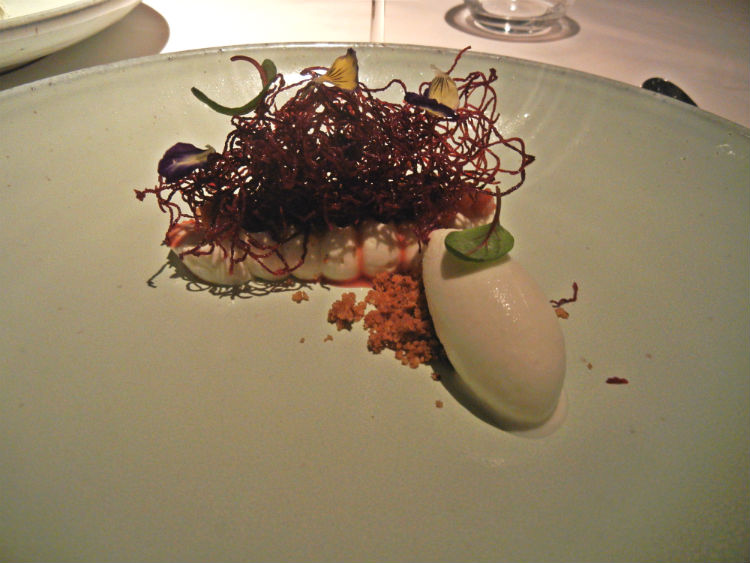 Tapage
7) Value for money comes guaranteed in Tapage, an intimate offshoot of the acclaimed Kaskrut. Defined by its creativity, Piotr Ceranowicz’s menu gets more playful still with the arrival of dessert: on our visit in May that meant squishy chocolate pudding with blobs of mango.
Pl. Zbawiciela 5, facebook 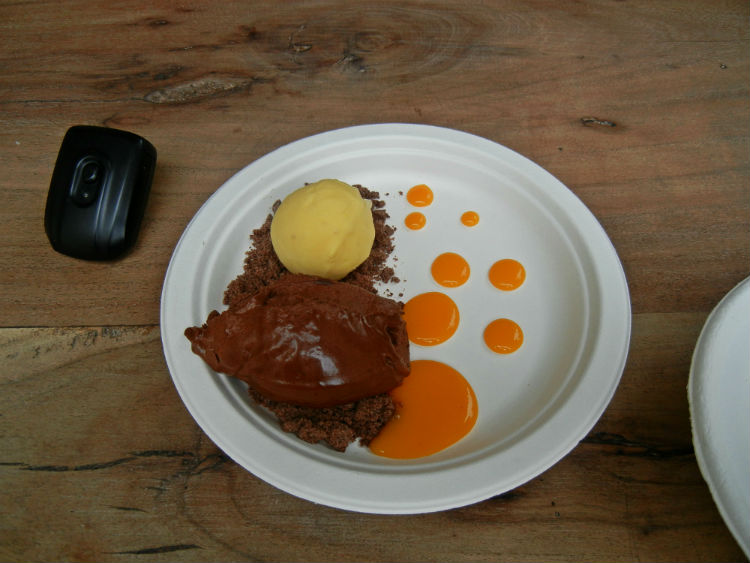 Ale Wino
6) For me, summer means Ale Wino – idling on a courtyard terrace shaded by slanting sails. The presence of chef Sebastian Wełpa elevates Ale Wino above mere wine bar, with electrifying cooking culminating in a dessert that was practically formed with the summer heatwave in mind: lipstick red strawberries on a crunchy kogel mogel. ul. Mokotowska 48, alewino.pl 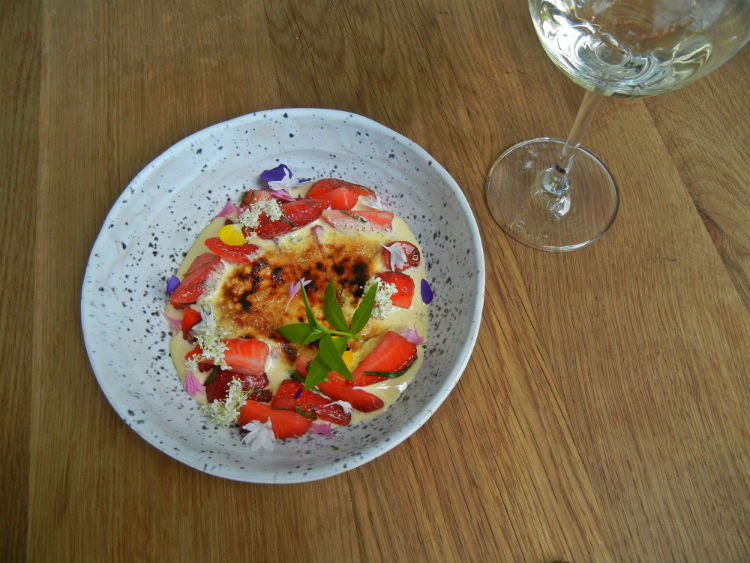 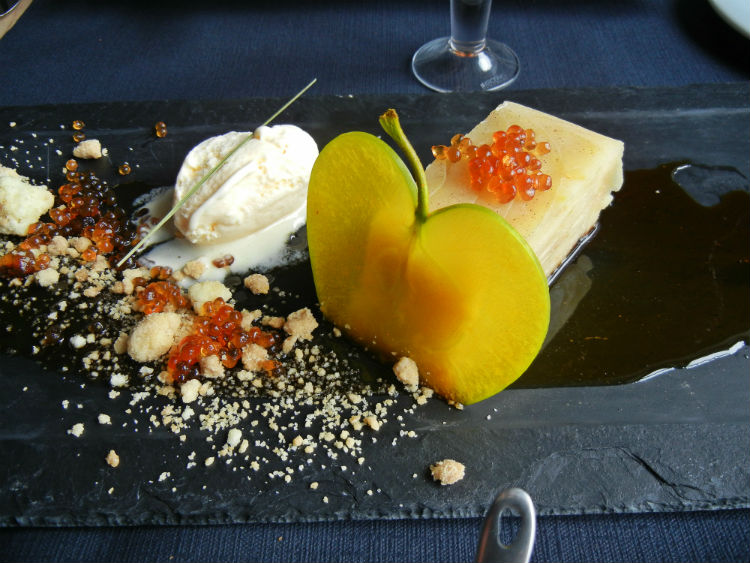 Jamon
4) Spanish food is in the ascent this year, and you’ll find Jamon somewhere near the crest. It looks simple, but our white chocolate cream was anything but so in taste: deep, rich and velvety, this January favourite acts as something of a benchmark.
ul. Wierzbowa 9, jamon.pl 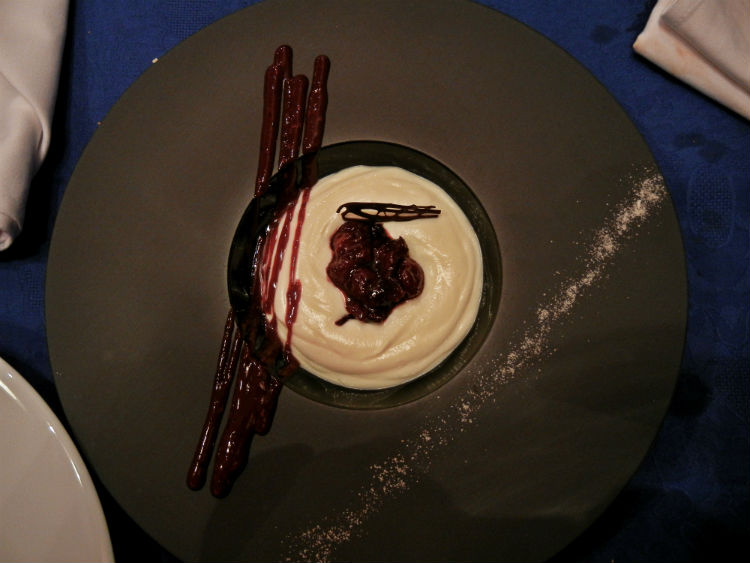 Signature
3) The sense of unforced luxury is pervasive, but what use handsome interiors if the food doesn’t match up? That’s not a problem in Signature, the domain of the softly-spoken Wojciech Kilian. He lets the food do the talking, and that includes a diving praline tart that won top prize in the dessert section of the Noble Wine & Food Night. Order it to see why…
ul. Poznańska 15, signaturerestaurant.pl 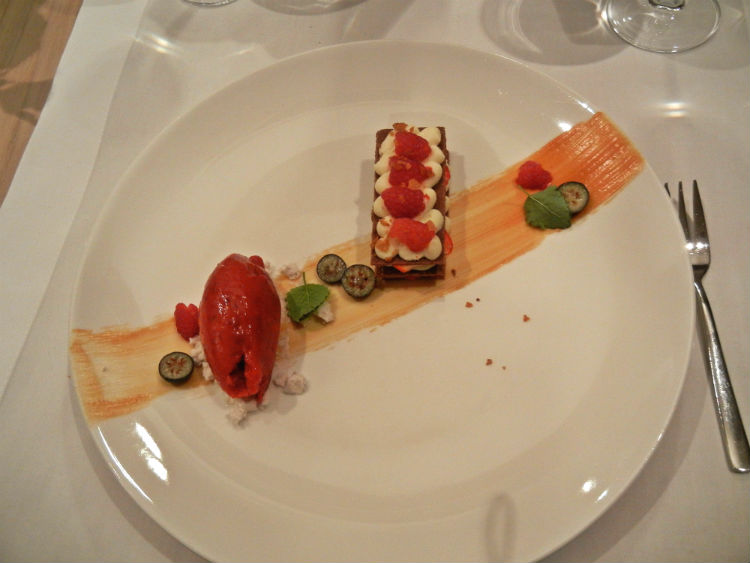 Varso Vie
2) Scene of the year’s biggest unexpected culinary surprise, Varso Vie’s interpretation of Polish cuisine left me thrilled. As did their desserts, which included a meringue mousse with passion fruit and blood orange jelly: just too good for words.
Pl. Konstytucji 2, varso-vie.pl 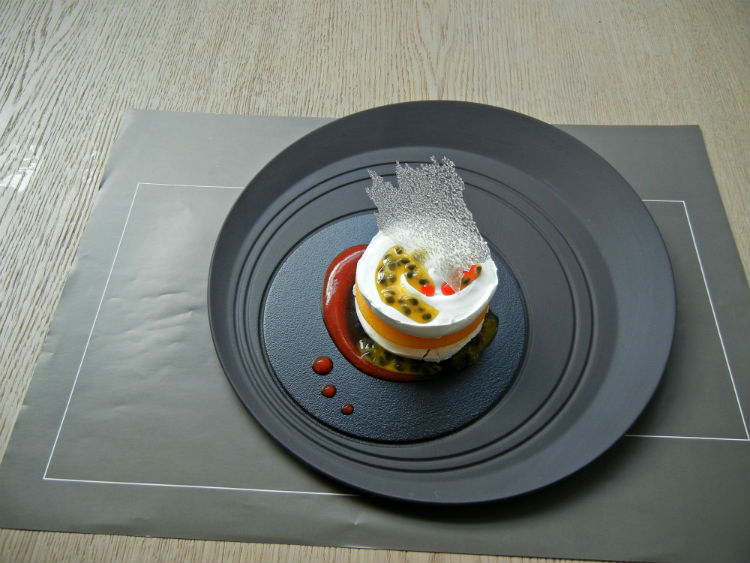 Zielony Niedzwiedź
1) When it opened last year it was to mixed reviews. But Zielony Niedzwiedź appear to have ironed out inconsistencies (on the food front at least, service continues to be puzzlingly patchy), a point proved by the most earth trembling dessert we’ve enjoyed this year: sea buckthorn cream with chunks of meringue. As finales go, this one has yet to be beat.
ul. Smolna 4, kafezn.pl 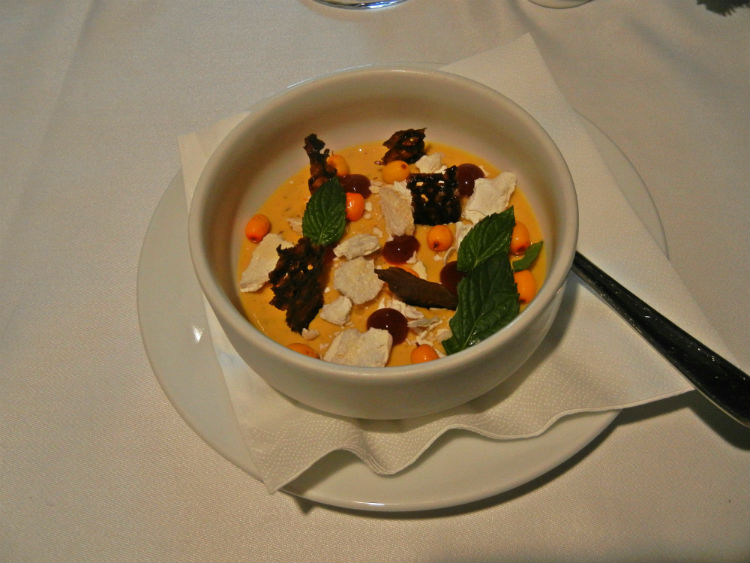