Just The Two Of Us: Warsaw For Valentine's | Warsaw Insider

Just The Two Of Us: Warsaw For Valentine’s

With Valentine’s Day looming, the Insider presents fourteen ideas for the fourteenth of Feb…

Dates On Skates
Bypassing the fact the winter never really got going, faint hopes still fester that the snow will arrive. This being the case (and even if it isn’t), there isn’t much that beats skating hand-in-hand on the ice rink at the heart of the Old Town’s Rynek. 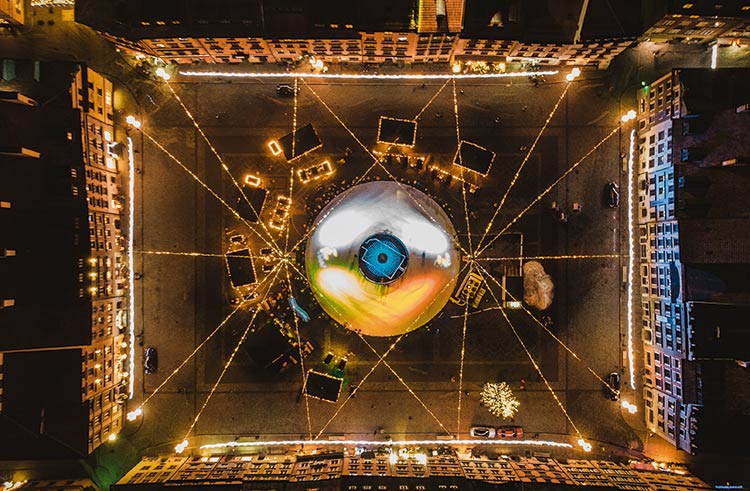 Wooshing over the ice as the lights twinkle above is one of those little, magic pleasures of which memories are made. When you’re finished with falling on your bum or colliding into barriers, why not retreat to the relative sanctuary of the small, timber chalets vending scalding mulled wine.

Make Science Sexy
When it comes to gifts, perfume or aftershave are a default choice. But forego the big brands this year and instead check into Mo61 (mo61.com), a fancy schmancy ‘perfume laboratory’ in which him and her can join forces to create their own special scent under the guidance of some of the best noses in Poland. 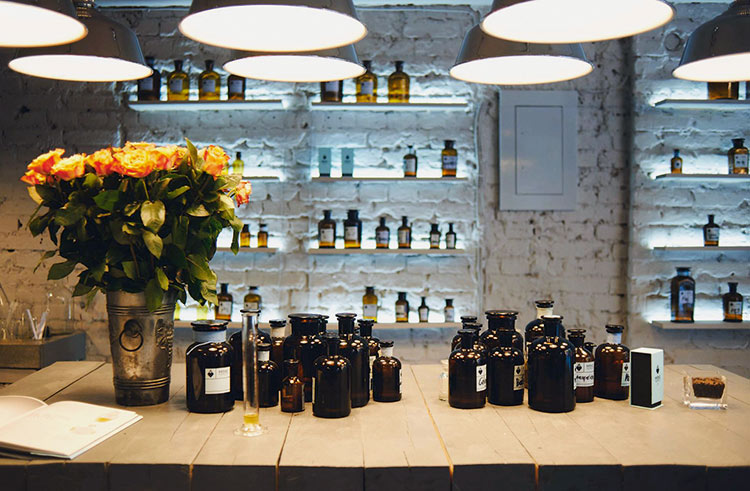 Occupying a timeless pre-war space, the experience is fun, fragrant and totally unforgettable.

For Facebook
A damning indictment on the times it might be, but Warsaw’s most famous heart isn’t Chopin’s (which you’ll find pickled in cognac and encased within a pillar inside the Church of the Holy Cross), but rather the big, glimmering sign at the center of Pl. Europejski. 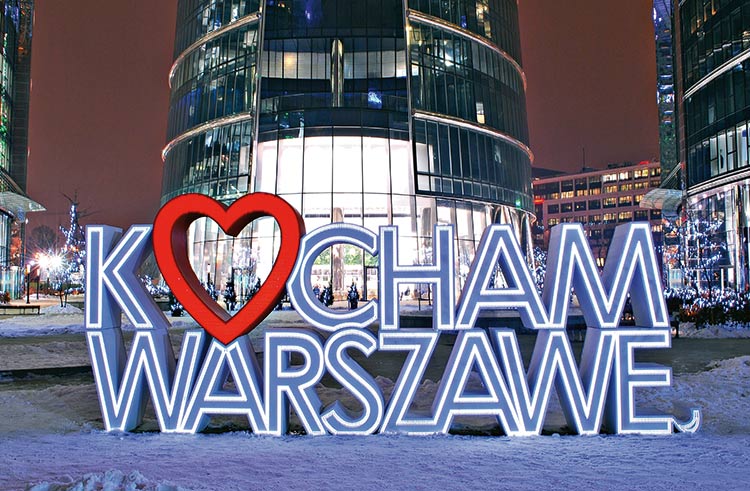 Since making its debut the Kocham Warszawę sign on ground level has become as much of a landmark as the Warsaw Spire that teeters above it. A selfie stood with your head(s) sticking out from the heart-shaped ‘O’ is now a local Valentine’s custom – do it, your followers with love it.

Bed Down
Pack the overnight bag and book into one of Warsaw’s top hotels for a romp to remember. Choose H15 (pictured below) for designer luxury with a pop art spin or the Indigo for a look that juxtaposes modern aesthetics against the historic airs and graces of this ornate central residence. 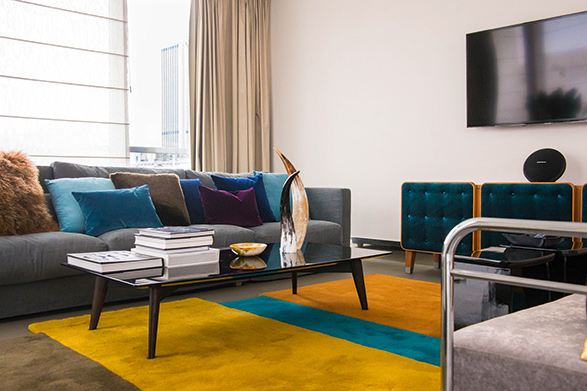 Act the role of a celebrity couple and indulge yourselves at the Raffles Europejski, and don’t overlook the slick sophistication of the Hotel Warszawa. Or how about an evening swim inside Europe’s highest pool – that pleasure awaits at the InterContinental. It’s likely all the aforementioned will be offering some kind of Valentine’s package.

Get Physical…
Not like that, you dirty minded so-and-so, but by joining up with approximately 150 other active couples for the sixth installment of Bieg Dla Par. Taking place in Park Skaryszewski on February 15th, this 5.4 kilometer run can get seriously competitive. As it stands, you’ll be looking to beat the current record holders Arkadiusz and Izabela who set a new record last time around by completing the course in just under thirty-four minutes. For registration info and further details, take a gander at the Polish-language website at: biegdlapar.pl

Cooking With Cupid
Who cares for dining alongside once-a-year diners who can barely identify a spoon. Save the restaurant for another time and instead book yourself onto one of the zillions of cooking classes that have kept couples in their thoughts. As ever, the Whirlpool Academy (facebook) inside Soho Factory leads the line with a special Valentine’s themed course conducted by Italian chef Marco Ghia, whilst Skład Bananów (facebook) offer two nights of classes dedicated to aphrodisiacs. Elsewhere, Go Cook (facebook) are promising to explore Italian cuisine on the 14th before focusing in on vegan aphrodisiacs the following day.

Discover The Art Of The Matter
For an intellectually charged date with a difference then head thee to the Zachęta for a dose of challenging modern art. First ponder Anna Siekierska’s Weeds & People exhibition before discussing what it all means along the meandering, duck-obstructed pathways of Saski Park opposite. 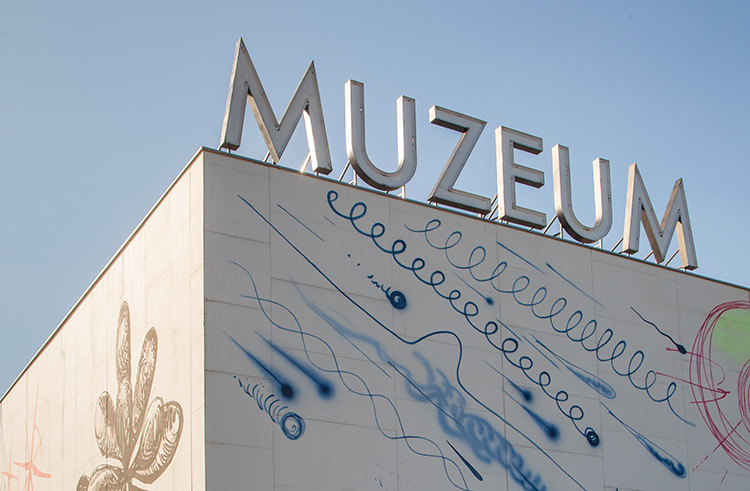 In a similar vein, peruse Miriam Cahn’s I As Human at the Museum of Modern Art and then take a riverside stroll along the icy, empty boulevards that stretch by the Wisła. With the exhibition in mind, topics you’ll touch on will include violence, sexuality, relationships and death…

Book The Back Seats!
There’s nothing wrong with zonking out in front of the latest Hollywood blockbuster down your nearest multi-screen, but come on, where’s the romance in that? Instead, how about supporting the little guy for a change and sashaying down to your local indy cinema. 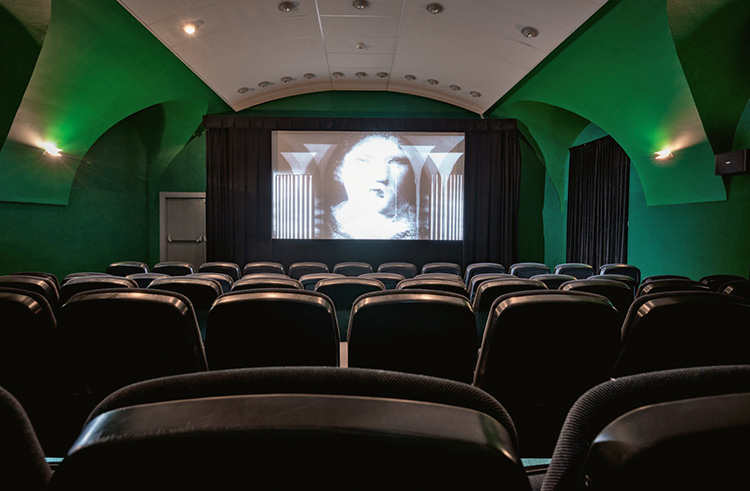 A bygone relic from the PRL period, the magnificently strange Kino Iluzjon will be spooling Casanova on the 13th and La Strada on the 14th in their original languages. Of the other cinemas, check the timetables of Kino Kultura, Kino Muranów and U-Jazdowski Kino closer to the date.

Leave Your Mark
The unrelenting, universal fad for lovelocks is alive and kicking in Warsaw, and there’s no better place to leave a personally inscribed piece of your heart than the view point in the city’s Old Town. 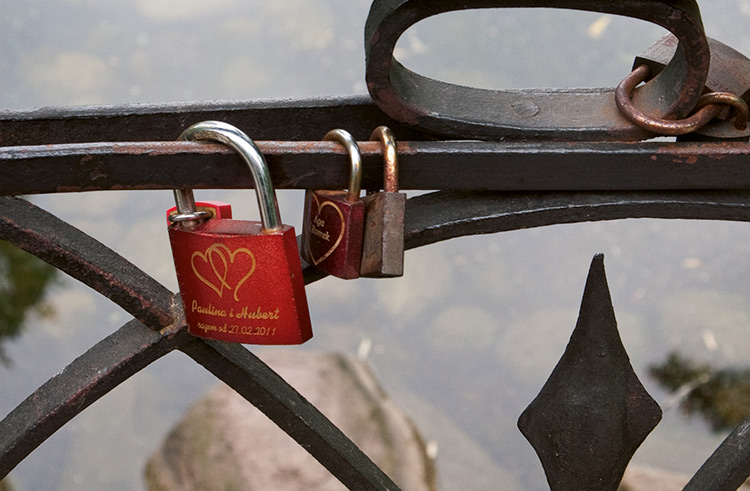 Accessed via ul. Dawna, an alleyway bookended by two navy blue buildings arching over the cobbles below, find the aforementioned street opening out onto a small alcove with majestic views over the river ahead. Consider the railings fair game for your padlock – everybody else does.

Cross The Water
Who knows why, but there’s something inherently captivating about bridges that makes them the ideal kiss spot on a wintry date. Having appeared in cheesy rom coms such as Tylko Mnie Kochaj and Nigdy w Życiu, Most Świętokrzyski (pictured below) is the one loved by locals and its reputation as the country’s most filmed bridge says much for its allure. 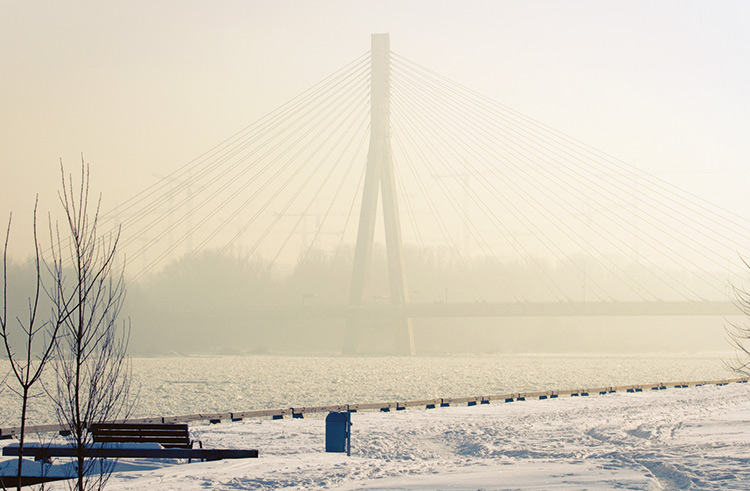 Further north, Most Gdański’s prize feature is a spiraling staircase on the Old Town side – its hypnotic quality isn’t lost on the newlywed couples that use it as a backdrop for their big Just Married photo. For those exiled in Wilanów, then Mostek Zakochanych is a dinky 12-meter number embellished with illuminated hearts that arc overhead.

Say It With Flowers
When it comes to floral gifts there’s a ton of upmarket, boutique-style affairs to pick from that specialize in the kind of grand arrangements you see in design magazines. Great as they are, none can compete with the gritty sense of urban adventure served up at Hala Mirowska’s outdoor flower market. 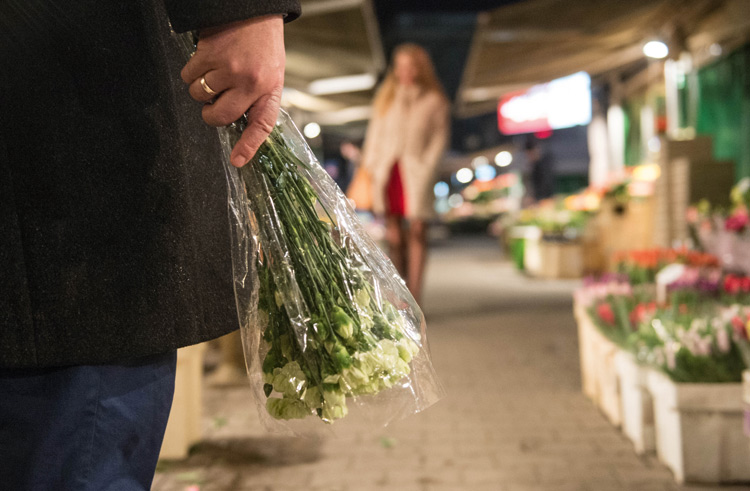 Here, find a couple of dozen green canopied stalls run by rough-talking market traders who’ve seen all life has to offer. Open till way late, it’s a Godsend for last gasp panic purchases when all else has failed.

Something Steamy
And breathe! February blues be damned: rejuvenate and recharge by pampering yourself and your partner in a super-lux spa. In terms of the mega star treatment, the Raffles Europejski gets another whole-hearted endorsement for a style like no other: restored PRL mosaics, chandeliers and a comprehensive list of expert treatments. Further afield, Hotel Narvil’s Niagra Spa, forty kilometers from Warsaw, is a spectacular indulgence with a tropical twist. Or, back to the center, Ambasada Urody has a strong reputation born from years of experience.

Dance, Dance, Dance
Get the glad rags on and forget about tomorrow! Whip yourself into a sexy South American sizzle by joining a tango class at Caminito (caminito.pl), or sink to the other end of the scale by joining nihilists and other fringe dwellers for a ‘Party for Sad People’ at the grungy Hydrozagadka. 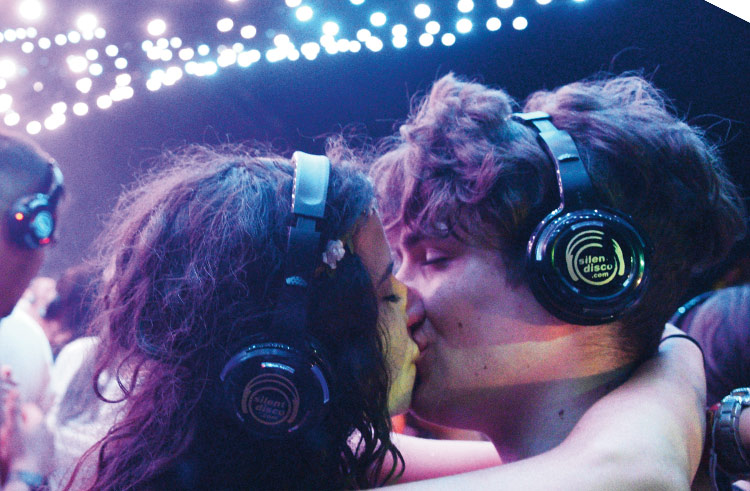 In between those extremes, other events include a silent disco at Kulturalna, jazzy love songs performed by songstress Aga Zaryan at Spatif and so on and so forth.

Head Yonder
Trapped in the gloom and grind of downtown Warsaw, it’s easy to forget that the back-of-beyond is just a short skip away. In the shape of Kampinos, Warsaw has a stunning nature reserve right on its doorstep – and let’s be honest, who doesn’t enjoy a woodland walk with just the sounds of nature playing in the background. 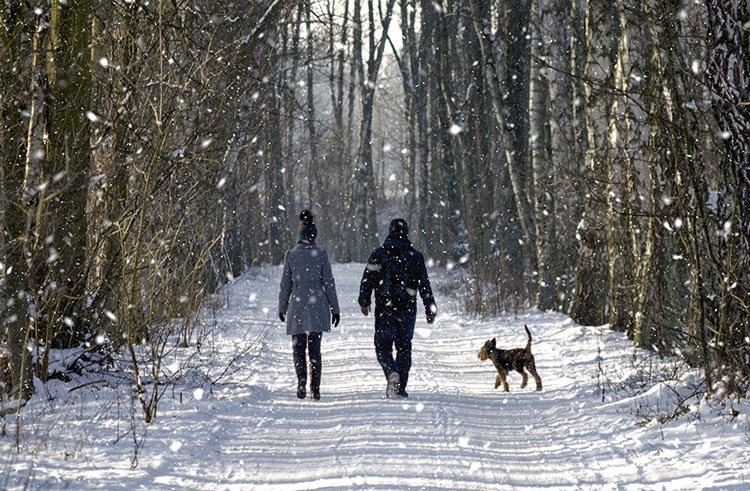 For something every bit as accessible yet a little more dramatic, walk the ruined rampart of bijou Czersk Castle fifty minutes south.