For those who might not be familiar with this place – and woe to those who don’t! – then a quick timeline might be handy. It would go something like this: Part I (early summer, 2013) –Burger Kitchen launched and is immediately installed as the Insider’s favorite burger. Stage II (May 2014): Warsaw’s love affair with the burger is called off and Burger Kitchen is reborn as Kitchen. Episode III (autumn 2014) – along comes a new menu that sees the brutal elimination of Kitchen’s street food roots.

So, there you go, a condensed history of Kitchen. Two things to bear in mind: first, the demise of the menu that went before is not good news for Warsaw. Second, the arrival of the new menu is. True, three burgers have somehow made it past the edit, but they’re hidden among an educated offer that presents such dishes as oysters tempura with pumpkin mousse; pork cheeks bourguignon in dark chocolate and chili; and rib eye steak with black molasses sauce. Yes, things have changed. 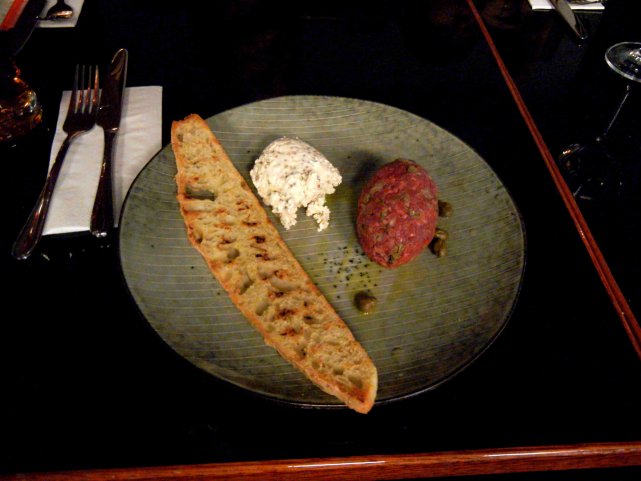 But it doesn’t take look to appreciate these revisions. I begin with a generous beef tartar with capers, shallots and anchovies. It’s a wonderful composition that’s served with lightly toasted homemade bread and a scoop of mustard ice cream. Yet even better is my colleague’s roasted bone marrow, which is so wonderfully meaty you want to hit a vegetarian over the head with it. Next time, that’s the first thing I’m ordering.

Mains, too, are something worthy of a 21-gun-salute. My colleague opts for ravioli with nutmeg, sage sauce and Grana Padano, and is left woozy by its greatness. Her only complaint is, “I could swear the portion was bigger last week.” Me, I’m on for the goose, and while the meat has been slightly overcooked, there’s still much to rave about – not least the pumpkin puree and chutney it’s served with. 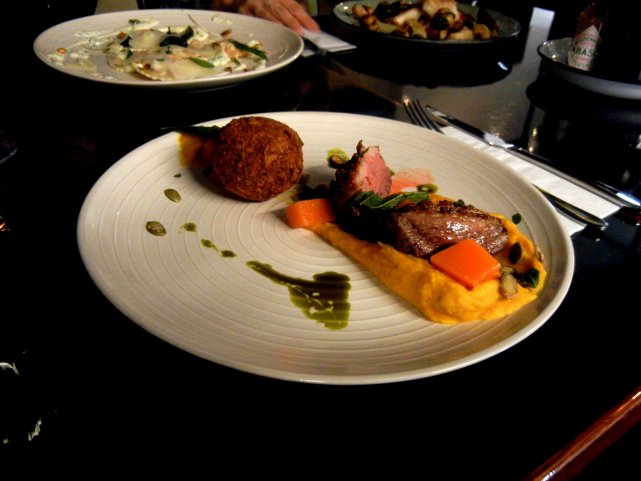 After all the beer and wine that’s pre-empted the food, there is no room for dessert. But that’s another reason I’ll be penciling in a return sooner rather than later. Kitchen has proven there is life beyond burgers, and what a life it is. Be in no doubt, this is one of Warsaw’s top casual dining experiences.