author's cuisine112 fine dining70 new town16 tasting menu42
It began with duck foie gras and finished with a caramel Valrhona chocolate parfait. In between came a scallop salad with plums, almonds and...

It began with duck foie gras and finished with a caramel Valrhona chocolate parfait. In between came a scallop salad with plums, almonds and tarragon tempura; a grilled tuna; and a seared Barbary duck with blackberry ginger sauce and the kind of parsnips you never knew existed. A timely reassertion of chef Paweł Oszczyk’s pedigree, the press dinner held at La Rotisserie was a showcase of this chef’s full range of talents. 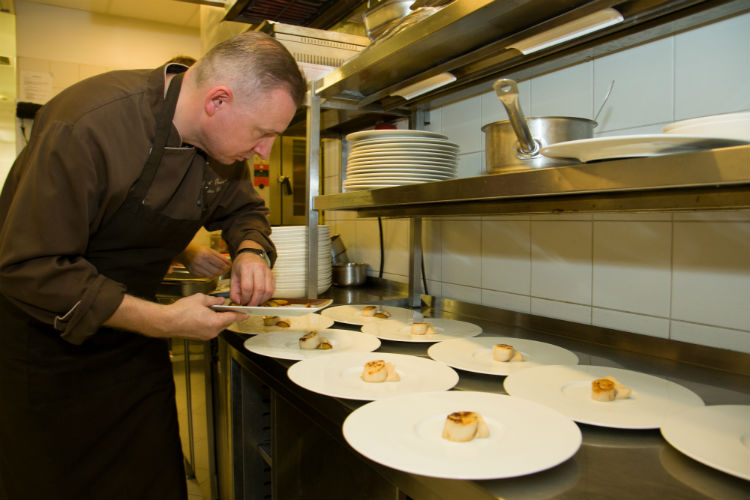 Having previously been named Chef of the Year in the 2015 Gault&Millau guide, and won the Insider’s own award for Outstanding Achievement in 2016, Oszczyk’s reputation has been hard earned: not through self-serving PR stunts or shouty TV appearances, but via more traditional means – i.e., sterling work in the kitchen. His latest menu has it all: precision, imagination and impeccable tastes. For those familiar with Oszczyk’s cooking, that is little surprise. What is a surprise, however, is the environment in which it’s presented. After approximately ten years of the same, the interior designers have been let off their leash and given Rotisserie a makeover. 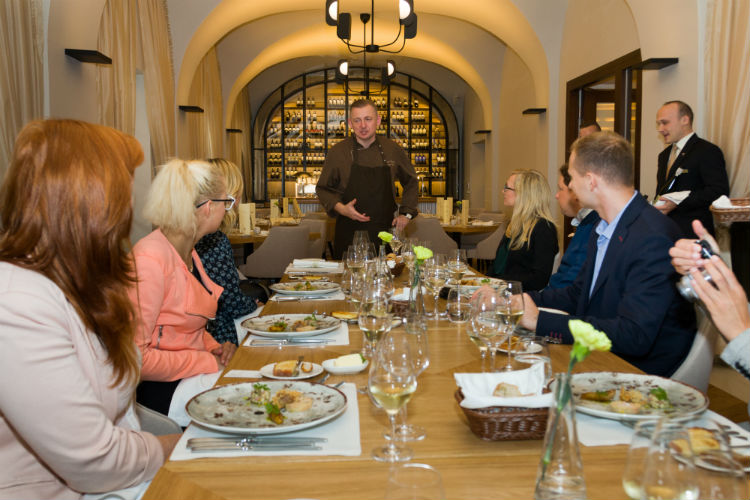 The result isn’t so much a revolution, more an evolution, but the effect has been striking nonetheless. The adjustments have been thoughtful and considered, maintaining the overall mood and aesthetic whilst at the same time lending a little more intimacy and modernity. In a nutshell, it looks like a place to remember – and indeed it is…