Following a weekend being spoiled by the banter and bonhomie of Bristol’s steamy little cider houses, I’m a little off balance being thrust back to the grumpy, grim reality of the Polish capital city – the nie mas, the frowns and the grey negativity that temporarily hangs in the air. Not to mention that bloody bus driver that nearly killed me this morning.

For all that, I’m happy to return – Bristol might have great cider and a crocodile on the loose (google it), but the food just doesn’t compare to what’s on offer in Warsaw. Of course, that hasn’t always been the case. Warsaw’s foodie revolution has been recent and unexpected, and you get the idea there’s still a lot that can go wrong. Even so, there’s an excitement in the air and the new openings have been creative and bold in concept and approach. For me though, the most encouraging aspect of the restaurant scene has been the continued and consistent excellence of some of the old faves – places like Le Cedre. 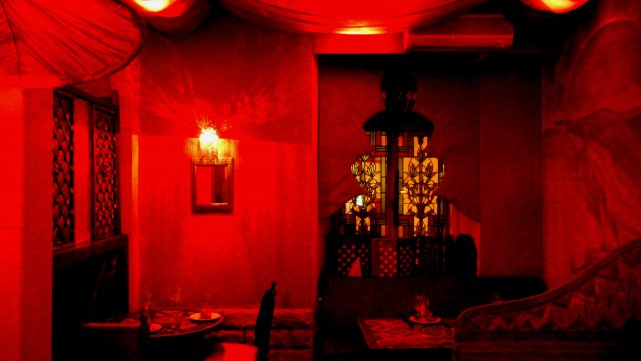 In local terms, the place is prehistoric: opened in 1997, it’s outlived pretty much any Warsaw restaurant you’d ever care to mention. Their longevity, however, is certainly no fluke. Lebanese owner Tony Nasr isn’t the typical Warsaw proprietor – he’s proactive, engaging customers and constantly tinkering with his offer to keep it up-to-date. Most recently, that’s meant rethinking the interiors a little, developing the back bit into a deep, dark alcove full of eastern mystique. “Bring me the belly dancer,” you want to say, and on Friday night, they can do just that. 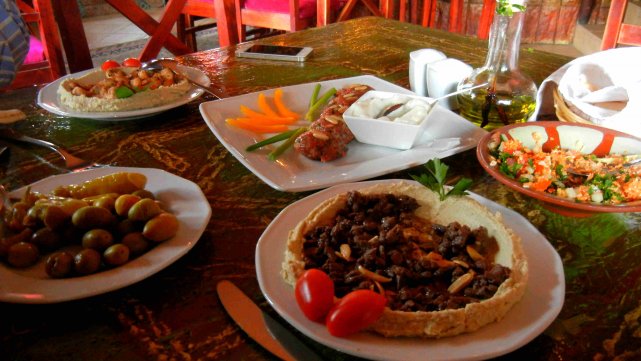 But there is more to Le Cedre than jiggling women. This is not a restaurant anchored on gimmicks, rather a keen commitment to serving top food. And for me, nothing says Lebanese food louder than its starters: each, it seems, has its own story, its own complex tastes. I order hummous lahme, its thick paste prepared for 40 hours and crowned with beef. There is tabbouleh, a rich parsley salad soaking in lemon juice. My favorite though, that’s the shanklish – a combination of homemade cheese, tomato and onion defined by its sharp, spicy notes. Sharing these with the rest of the table is the very essence of the Lebanese experience. 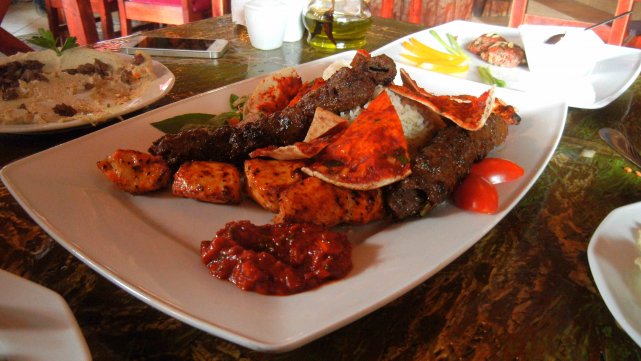 But mains are not an afterthought. Opting to mix the kafta harra with the shish taouk, the main event is served as one – a huge pile of grilled and skewered meats complimented by a pile of freshly baked pitta topped with a tongue tingling sauce. You can feel the satisfaction as we bulldoze our way through, and at the end, as we stretch back in reflection, there is that unspoken bond that comes with good times.