Small is beautiful down in Powiśle… 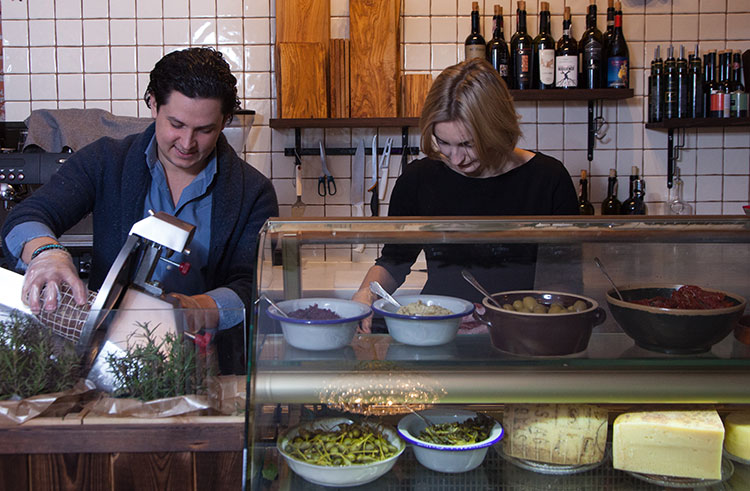 These are interesting times to be in Powiśle. If there was an unspoken fear that the closure of Solec 44 was the signal for all life to end, then that fear has proved ill-founded. Powiśle, you see, just can’t stop from being fab. In a year that saw LAS and Kufle i Kapsle land locally, 2018 will be remembered even more fondly for the entry of Prosciutteria.

It’s small, in fact, some richer readers probably have shoe cupboards that are bigger. But there lies the charm. Buzzing with warmth, here an interior composed of pre-war floor tiles, exposed brickwork, and black and white images of Italian icons sets a casually good mood that’s sustained by the owners. At which point, meet Barbara and Marcin. Engaging and conversational, they’re everything you could wish for from a pair of hosts – cliché as it sounds, you enter as strangers but leave as friends. 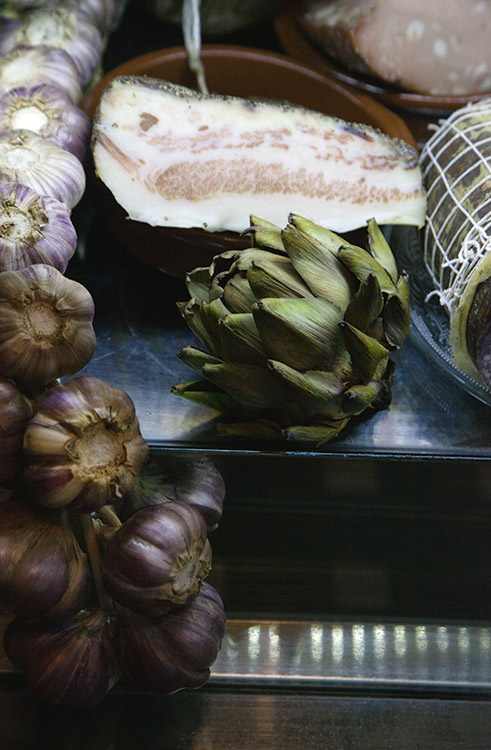 They’re knowledgeable, as well. If Prosciutteria feels good, then it tastes even better. The first such concept in Warsaw (and Poland, you’d guess), here the menu is so simple you could easily memorize it after a few bottles of wine. Based around cold cuts, find heavy wooden boards (“Made in Crete from a tree cut down 90-years ago!” says Marcin with a grin), loaded with imported delicacies from small producers that the couple have befriended: Ubriaco cheese bathed in Prosecco; pork belly fat dry-cured for six months; salami from Milan and Naples; five-year-old Veneto cheese washed in beer; and the kind of sundried tomatoes you feared you’d never find in Poland. There’s more, of course, but it all becomes one in this orgy of pleasure.

Coming in three sizes (small for two, medium for four, large for six people respectively), these boards of charcuterie are Prosciutteria’s signature, but they are not the only feather to this venue’s cap. The Panini is in a class of its own, with this simple sandwich elevated several levels above its station thanks to the extraordinary Italian ingredients that Barbara and Marcin have sourced: you’ll only stop eating once the belt pops a buckle. Obsessed by the quality of their products, everything that’s present comes with a complex, background story that the couple are happy to share. And sharing, you get the impression, is one of the fundamental principles on which Prosciutteria has been founded. It’s not a place in which to keep yourself squirreled in the shadows, it’s a place of wine and contentment and infectious enjoyment.