With a contractor finally selected, Pole Mokotowskie looks to a brighter future...

Of all of Warsaw’s pipeline public projects, there can be few that have enjoyed the same swell of support as the reimagination of Pole Mokotowskie. Regarded as one of Warsaw’s favorite parks, news that it would be regenerated to a plan by the prestigious WXCA architectural studio was met with widespread approval – partially, this was in no small amount due to visualizations that presented images of lavender-filled meadows, a natural year-round pond, meandering trails and innovative pavilions symbolic of air, earth and water. 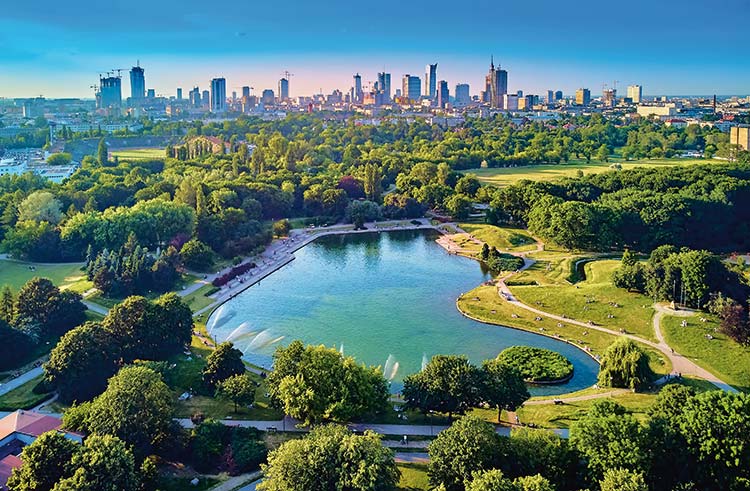 “You can describe Pole Mokotowskie as a social and cultural phenomenon,” says Paweł Grodzicki, one of the architects involved in the project. “Of course it’s not perfect, but generally speaking it’s a place loved by its users. As such, at WXCA we placed a lot of effort into understanding what people liked and disliked, and our strategy was to reinforce the good points while minimizing the faults.” 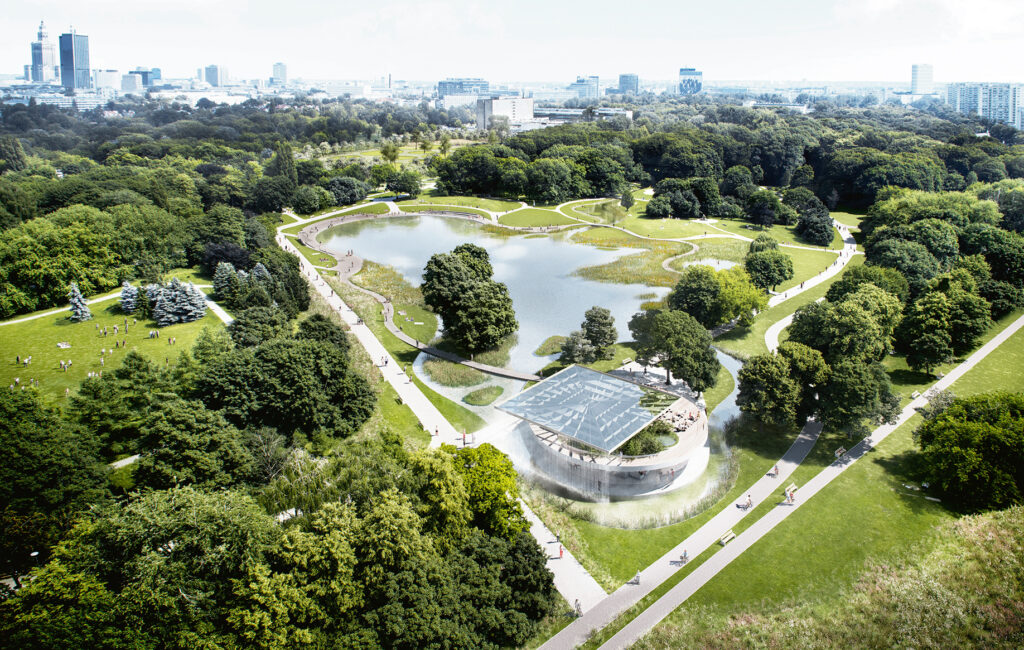 As part of their vision, WXCA sought to inter-weave the needs of man with the needs of nature. “It sounds obvious,” says Grodzicki, “but when we think of parks we don’t think of nature as the primary focus.”

To do so, WXCA looked to increase the share of sustainable circular processes in the functioning of the park by introducing greenery based on the principles of permaculture while simultaneously expanding the water ecosystem to include a main water reservoir, canals, rain gardens and wet meadows. 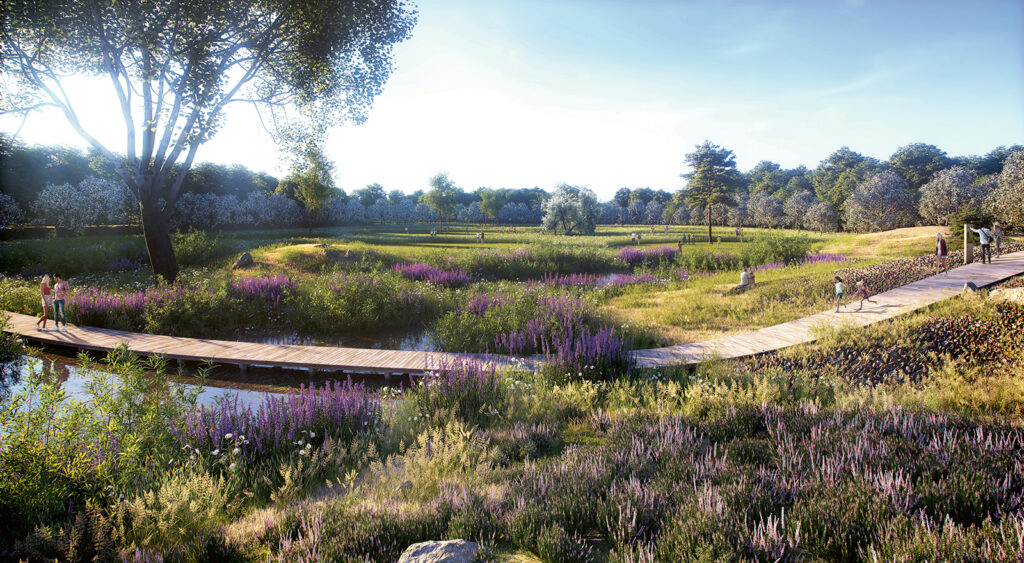 Crucially, neither has the end user been ignored. “It’s the spontaneous activities that make Pole Mokotowskie what it is,” says Grodzicki. With this in mind, added attractions number cross-country skiing routes, BBQ ovens, off-leash zones for dog owners and parkour facilities. “As someone who lives close by, the project took on a very personal meaning,” admits Grodzicki.

Notable for the immensity of its ambition, the plans have been tempered by the knowledge that not all of the project will be executed. Budgetary cuts, says Grodzicki, ensure that as little as 20% of the overall vision stands to be implemented.

“It’s frustrating,” says Grodzicki. “By compacting the vision into a list of items that are guided by finances and bureaucracy the idea becomes diluted. It looks likely that the central park and water system will be realized, but it’s doubtful that the approaches will be redone. This will mean there’ll still be an element of disconnect between the park and the city.” 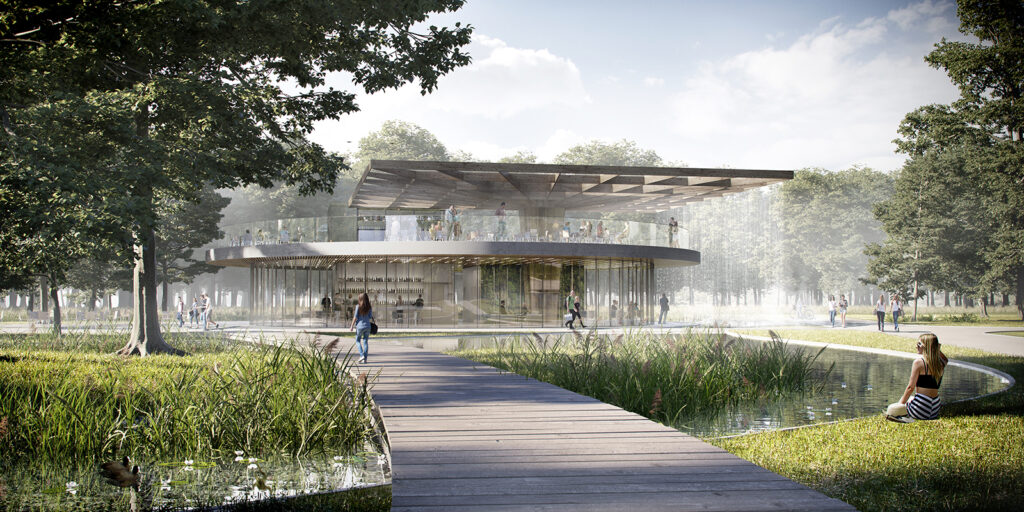 Although fiscal contractions are to be expected given the economic trauma caused by Covid, Grodzicki is quick to urge a longer-term approach. “There’s a common misconception that creating green areas is cheap and easy – that it just involves planting a few trees. But that’s not the case. When you look at Europe’s most famous parks they’re considered an investment, and a substantial one at that. Cutting corners and going for cheaper options is not an answer and we need to change our mindset when it comes to that.” 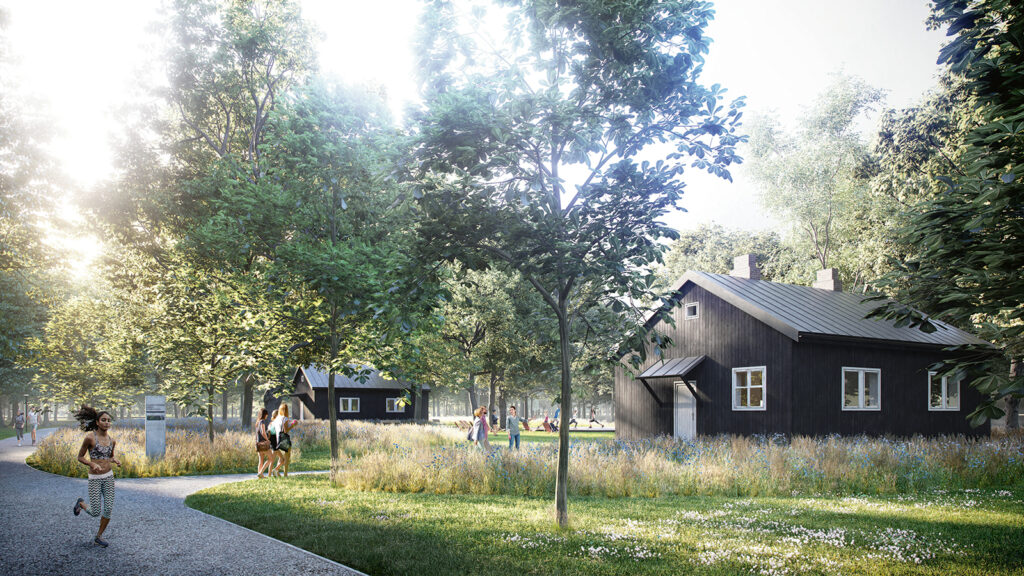 Ultimately, though, according to Grodzicki a path has already been forged for a greener urban future. “Contemporary parks are very different from the historic parks that were created with the Sunday stroller in mind,” he says. “Now, they need to be places of activity and they need to be places where a synergy is created between humans and nature. We used to think of our cities as places of stone with the occasional green area, but we should not be looking upon parks as islands in a sea of concrete. We need to learn to merge the two together.”

In this regard, Pole Mokotowskie is a firm step in the right direction. Already a legend among Varsovians, it’s popularity is set to soar yet further once work commences.