There were some brilliant meals that appeared on my expense account last year, places like Senses, Atelier, Nolita and Enfant (I know what you’re thinking, what a horrible job…). The biggest surprise, however, was a venue called Soul Kitchen. I hadn’t wanted to visit it, for the reason I’d visited it before and had left unimpressed (“bloody awful,” was my original opinion). “But you have to give it another chance,” pleaded the undercover agent at Froblog, “they’ve got a new chef and he’s absolutely brilliant.” That chef was Andrzej Polan, and my contact was correct: the meal was exceptional and I left the restaurant a converted disciple. What happened next? It bloody well closed. Fortunately for Warsaw, Polan has returned and he’s back with a bang. 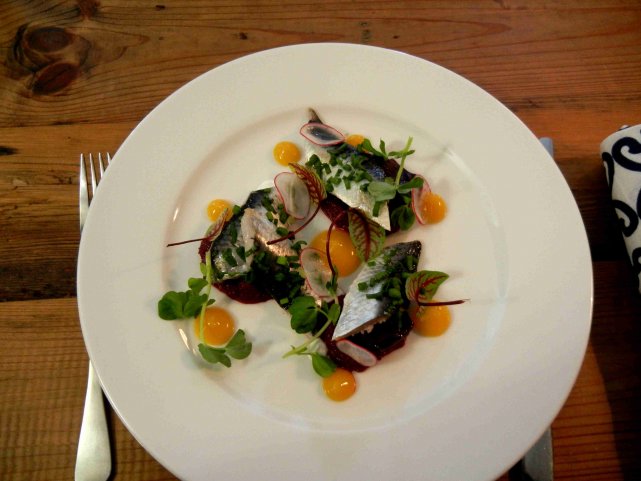 The Place: looking onto Morskie Oko, the crowning glory of MPS is set to be revealed in the coming weeks: a wooden deck fringed with upcycled crates and views of the park. In the meantime take a seat inside an interior that’s all about wood, warmth and lots of raw brick.

The Chef: as said, that’s Andrzej Polan, a face that you may have seen before on Dzien Dobry TV and other such progs. His philosophy is built on pillars of ‘fresh’ and ‘natural’ so expect the menu to be tampered with often.

Starters: four soups and five solids. After a complimentary board of homemade bread and sunflower paste my herring arrives. I’ve no idea why I’ve ordered it, because if anything this is a dish that reminds me of uncomfortable wigilia’s with the GF’s clan. But this is something else: shiny slithers of fish served with swirls and blobs of mango and beetroot and clumps of spring onion. It is divine. 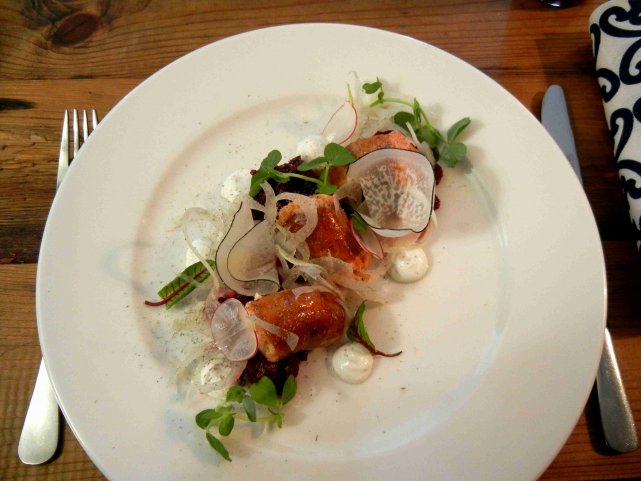 Mains: salmon sausage with beetroot and horseradish sauce alongside pinches of fennel and lavender. It looks good and tastes even better – the sheer freshness lingers long on the palette.

Dessert: a cottage cheese mousse with chokeberry liquor – it’s light and creamy with subtle hits of mint. Not too heavy, it’s the perfect end to what’s been a magnificent meal. 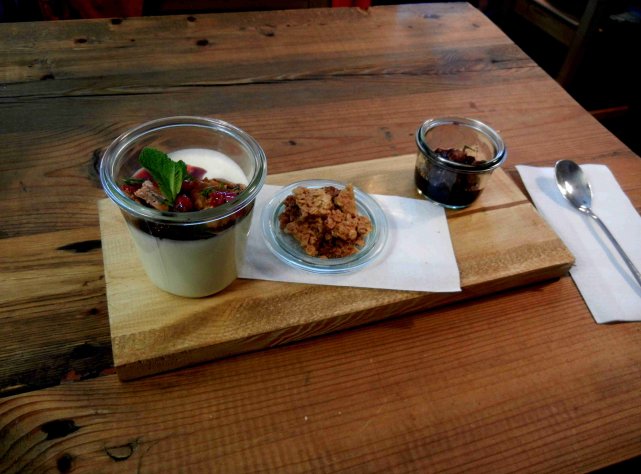 Need to Know: book ahead! It’s likely that your bedroom is bigger than this restaurant, so ring in advance to avoid disappointment.

Overall: one trip is not enough – the Insider’s return is already in the pipeline!