At a time when many of Warsaw’s bars and restaurants feel like vapid replications of each other (subway tiles, reclaimed furniture, hanging filament bulbs) there’s something about Miłość that’s striking and fresh. Two years old it might be, but it still feels every bit as innovative and original as when it first opened its doors. 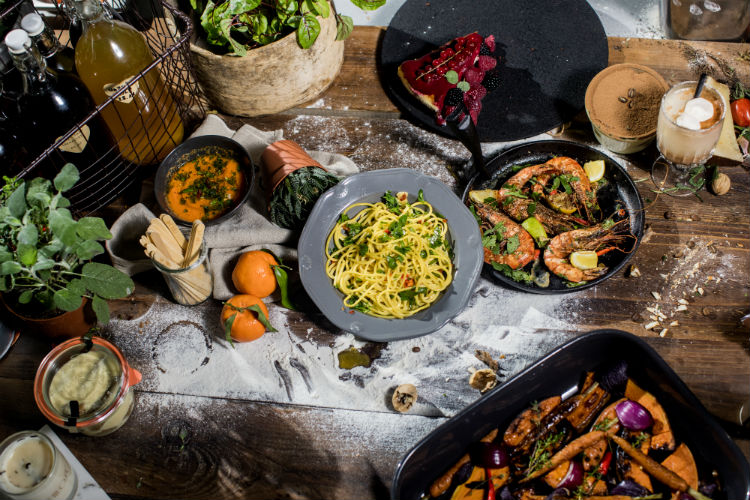 Credit that to an eclectic interior involving a ‘living wall’ of creeping plant life and a ceiling masked by wavy, paper forms. 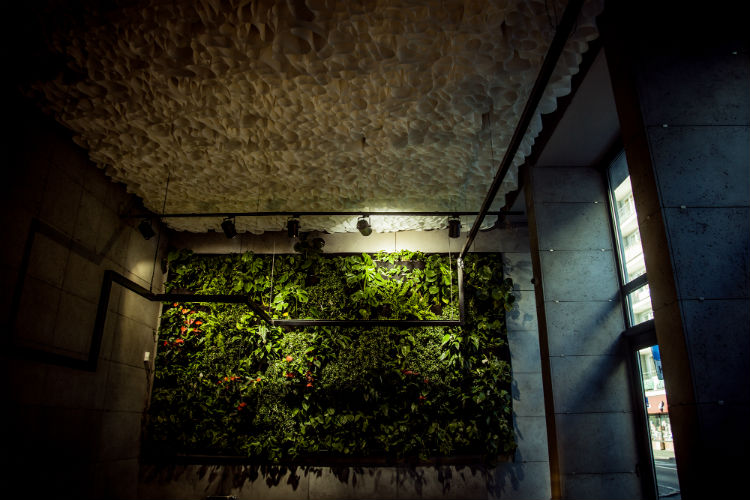 Set against a largely neutral, concrete color palette, it’s an interior that causes eyes to rove, roam and settle on the quirky, little elements inserted into the design.

The nocturnal aspects of Miłość have been covered copiously and require little introduction: the witching hours are a time for smart cocktails, focused-looking DJs and long nights of Bacchanlian abandon. For all that, it’s a scene that feels intelligent and arty as opposed to shallow and moronic. Typical Warsaw this ain’t. 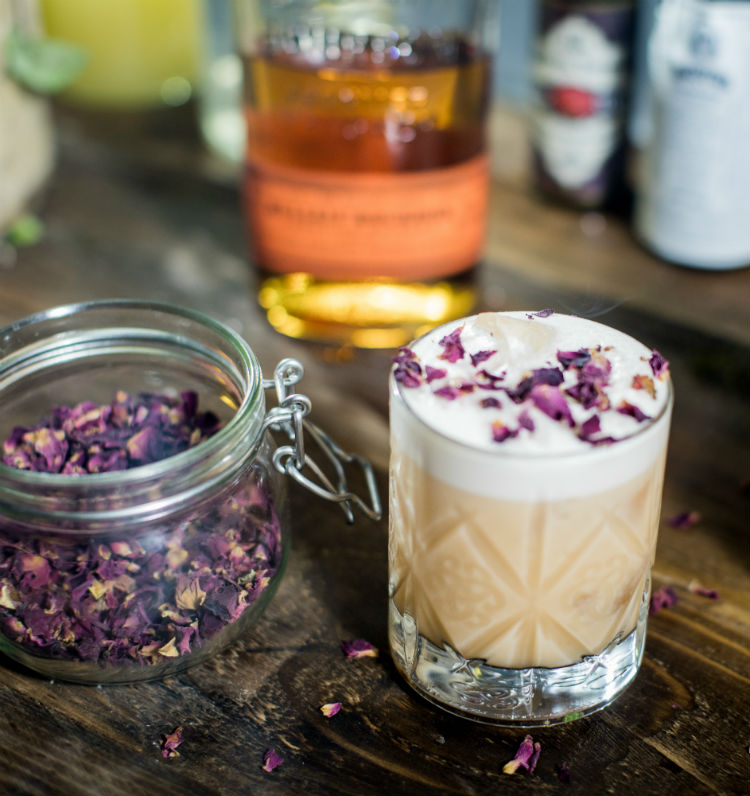 Less is known about Miłość in daytime, but it’s then that the full scope of its virtues become apparent. Playing a key role is an Italian menu that’s light and right for April: a fresh spinach salad drizzled with pomegranate, nuts and gorgonzola; a beef carpaccio that’s deep red and wafer thin; and pastas served with salmon and shrimp; and a collection of pizza that’s brief but beautiful. 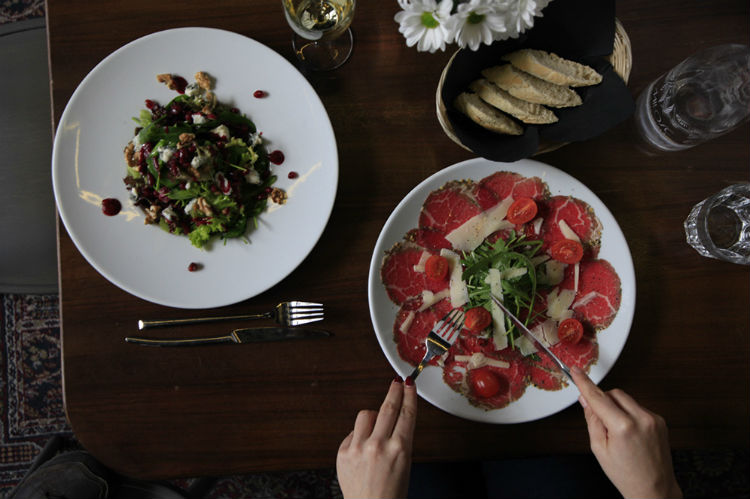 It’s a menu that’s simple and to-the-point, a menu that allows the ingredients to shine and steal the limelight. And that’s Miłość in a nutshell – that’s love.