art98 city center1005 moderna1 museum47 weekend133
Witty and provocative in equal measure, Warsaw’s Museum of Modern Art continues to challenge boundaries with its latest exhibition: In the Near Future. The...

Witty and provocative in equal measure, Warsaw’s Museum of Modern Art continues to challenge boundaries with its latest exhibition: In the Near Future. The current exhibition ‘focuses on the changes in culture arising from emancipating discourses on equality, which blur the traditional borders and hierarchies.’ Viewed in less analytical terms, it’s a thrilling collection that amuses, entertains, surprises and shocks – and of course baffles. We present our personal Top 5… 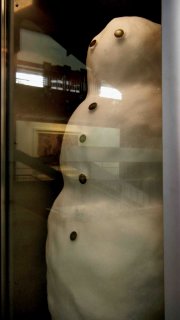 Snowman of Quotes by Oskar Dawicki

One of the few survivors of last year’s exhibition, and in all possibility the only snowman left in Poland at the time of writing! Oskar Dawicki’s installation requires constant attention to ‘keep it alive’, and allegedly survived a scare last year when a leak threatened its existence… Stored in a freezer, the buttons on Dawicki’s snowman are etched with quotes from Roman wise-guy Caesar Marcus Aurelius.

Piled underneath dozens of portrait photos stand a line of grubby, battered carts – the accompanying blurb explains that the haunted faces depicted in the photographs are those of tramps and vagrants from the town of Bytom. In the course of a few days the artist collected their trollies in exchange for new, purpose-built ones on the condition he could photograph portraits of them. 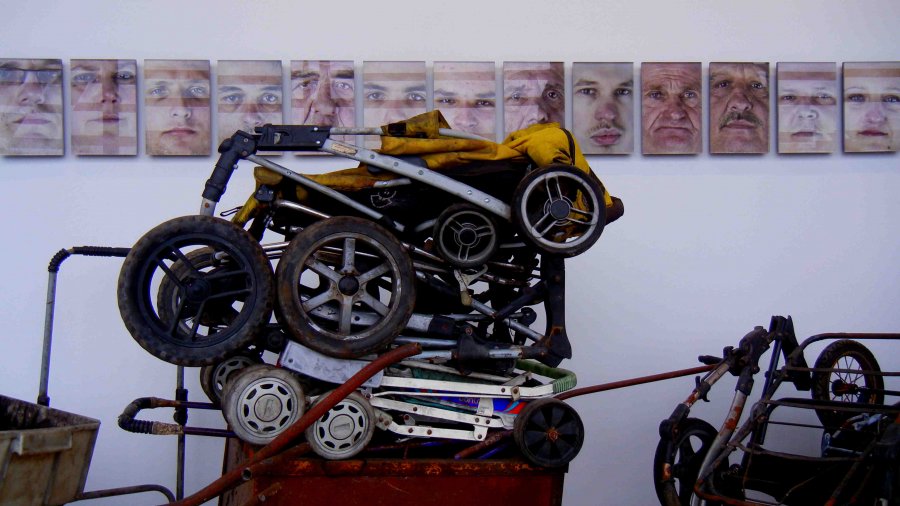 Roused by outlandish local stories of a weird hybrid animal stalking the local forests, artist Daniel Rycharski returned to his home town – the village of Kurówko – in 2009. He wasn’t there to hunt the beast, but to transform simple local dwellings with  murals showing the mysterious creature. His project was created and photographed over the span of four years, and is simple yet hilarious… not to mention an interesting equation of urban art and isolated village life. 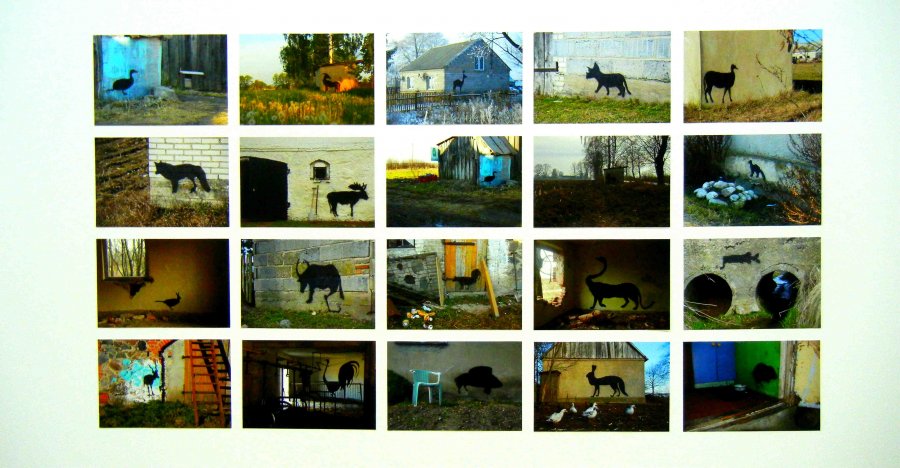 Presented alongside his film Last Universal Common Ancestor, Tymek Borowski utilizes ‘improve your life’ books to ‘seek practical responses to fundamental philosophical and aesthetic questions’. But enough mumbo jumbo, the bottom line is his work succeeds in both amusing viewers and getting their brain ticking. Compelling stuff. 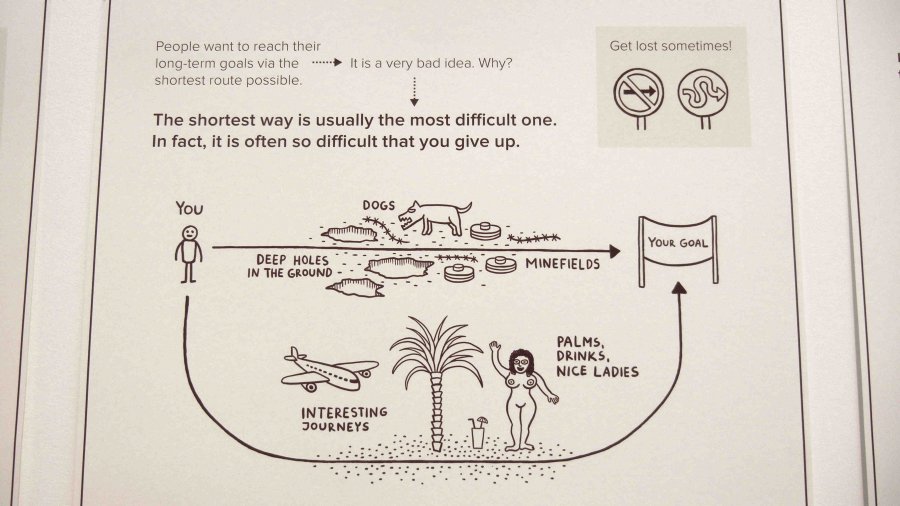 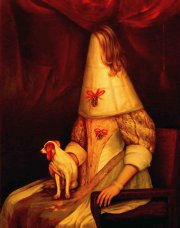 Here the artist ‘presents her own take on classical paintings,’ says the accompanying text, ‘removing the set order and all that we take for granted.’ Her pics show faceless women: ‘by taking away their very individuality, in a contrary manner, the artist posits a question about the status of women and their role in the history of humanity.’