With Saska’s annual day winding up for another year, the Insider takes a look at the architectural details that make the area so unqiue.

Saska’s interwar architecture borders the magnificent. Katowicka 7A (above) was designed by Bohdan Lachert for his father. Lachert himself lived next door in what is a signature piece of inter-war architecture and clearly inspired  by the simplistic, back-to-basics philosophy expunged by Le Corbusier. An architect of abundant talent, Lachert would later be noted in the history books as the man responsible for the Muranów housing estate – one of the best examples of Socialist Realism in the country. 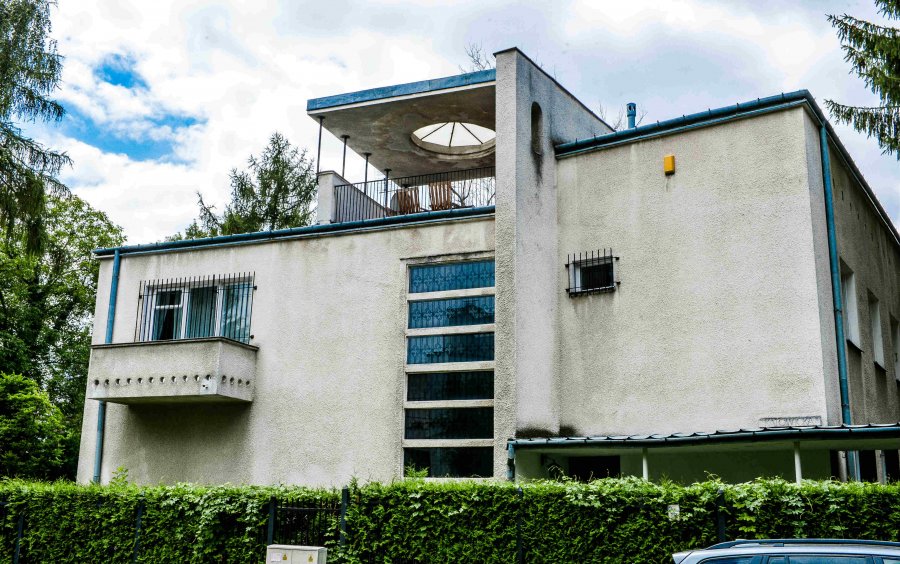 If ever there was a poll conducted to find Saska’s favorite building, surely Obrońcow 10 would breeze it? Realized in 1930, and the work Piotr Kwiek and Lucjan Korngold, it’s an amazing hat tip to the modernist style. And what a terrace! 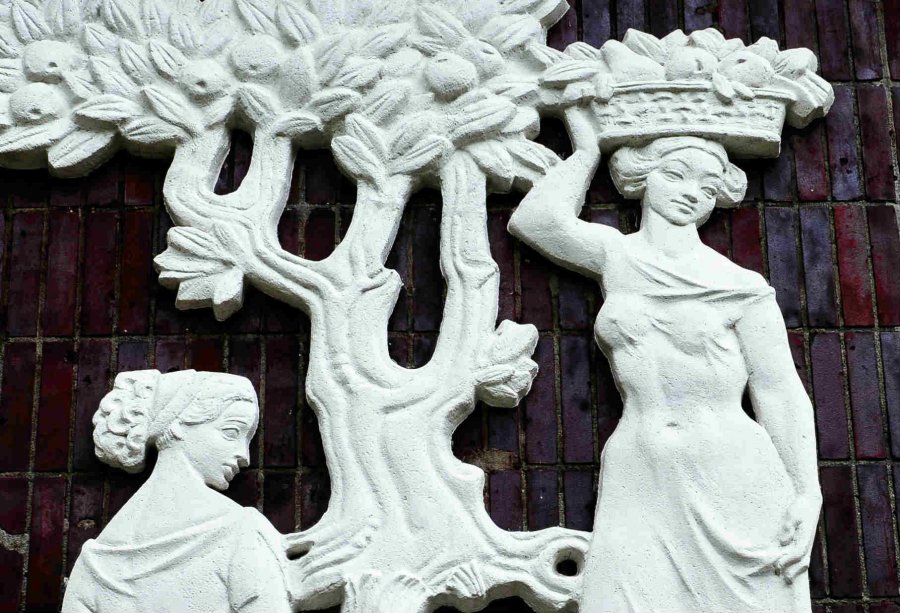 Unveiled in 1947, the Plon (Yield) sculpture was designed by Jerzy Jarnuszkiewcz, one of the most influential Polish sculptors of the 20th century (amongst other contributions, he designed the Little Insurgent monument in Old Town). Found on Katowicka 7, it regained its mojo in 2011 after a public-led initiative to restore it following years of neglect. 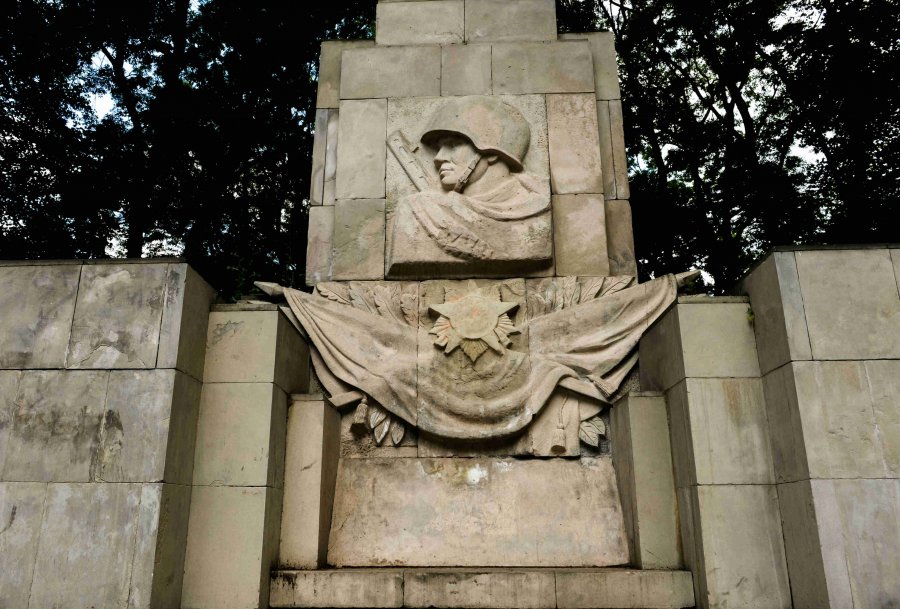 There’s loads to see in Skaryszewski Park, including a cosmic-looking shrine modeled on a space rocket, and a boulder commemorating an RAF plane shot down here during WWII plus a memorial to the six Poles known to have died in the 9/11 attack on the World Trade Center. There’s also this rather unloved Monument of Gratitude to the Soviet Army (above) now devoid of the hammer and sickles that once adorned it. 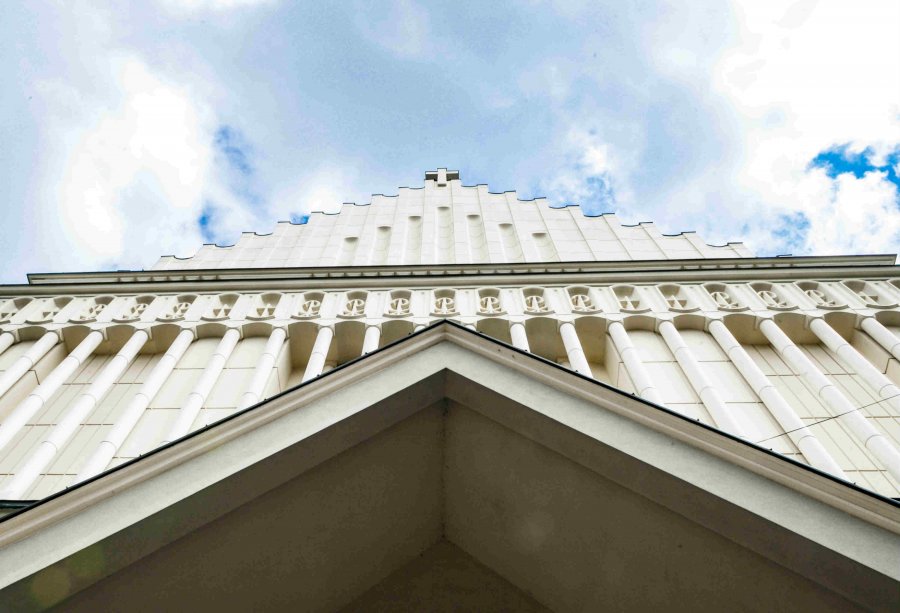 Assuming an almost golden glow in the sun, the neo-Gothic Church of St. Andrew Bobola work began life in 1938 when builders set to work transforming the sketches of Piotr Lubiński into reality. The outbreak of war froze those plans, and construction was only resumed in ’48. With matters of greater importance occupying the city fathers, it was to take a further eight years until the church was completed. It was certainly worth the wait, and the interiors are an extravagant affair influenced by the sacral art of the medieval age. 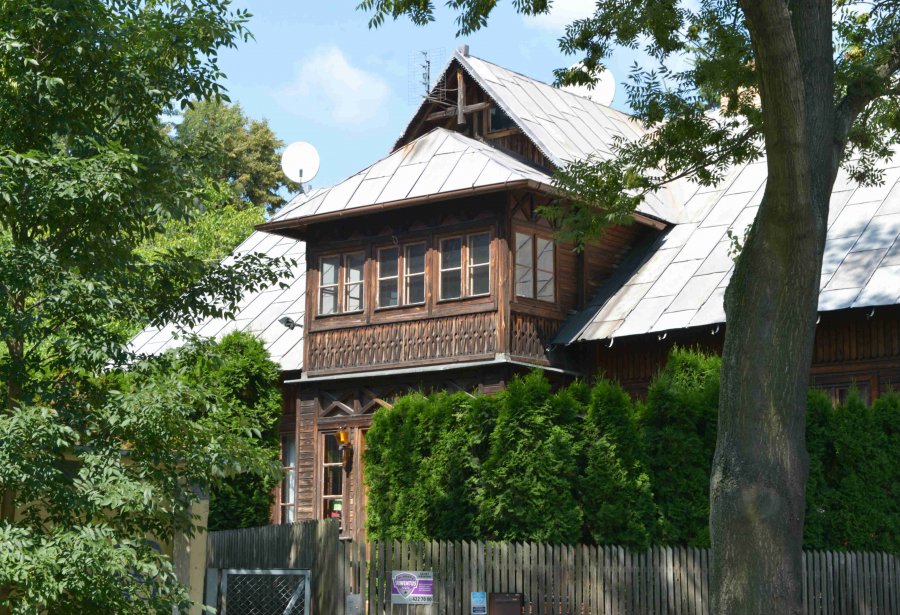 For something totally unique look to ul. Walecznych – in particular, No. 37. It’s here you’ll find what’s reputed to be the oldest house in the district. Thought to have been built in 1880, it’s the only surviving wooden house in Saska, and was fully restored in the 1970s. 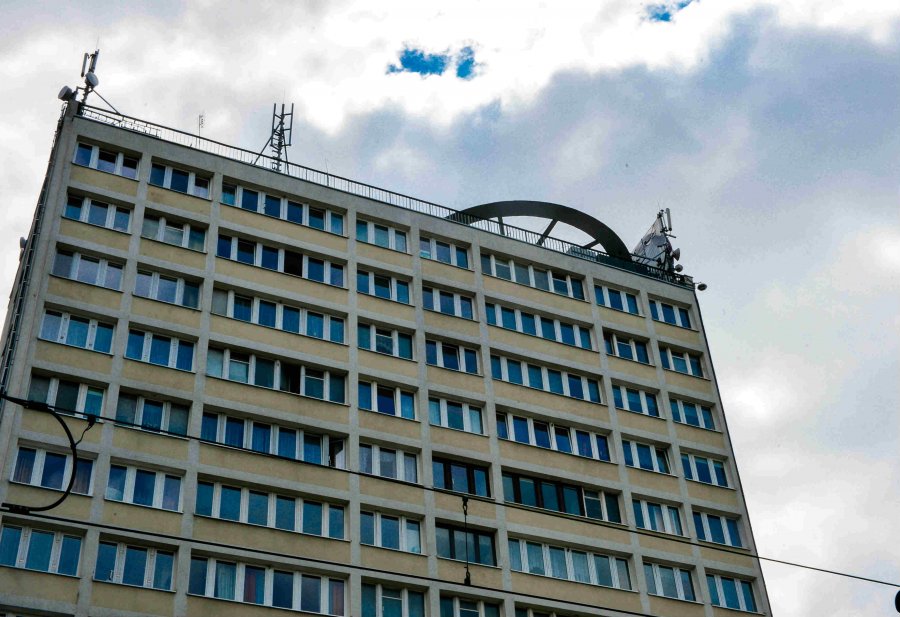 Saska ain’t all grand mansions and elegant residences. I love the tower at Waszyngtona 2B, which apparently was seen as one of the great architectural achievements of 60s Poland. Originally clad in glass, this sheath was removed after complaints that it was scorching hot in summer and Baltic cold in winter. What does remain is the weird wheel on top, apparently a nod to the fairgrounds that pre-WWI Saska was known for. The design is by Marek Leykam, btw, who also masterminded many of the Socialist monsters in Warsaw’s city center.