Following on from years of hype, join us to check out what lies inside the newly launched Browary Warszawskie complex…

Background Knowledge
Founded in 1846 as the Haberbusch and Schiele brewery, at the time of its opening it became one of 40 breweries supplying the city with booze – in fact, it was still working right up until the outbreak of the Warsaw Uprising. Nationalized after the war, it resumed the production of beer in 1954 and in 1972 it rolled out Poland’s first bottles of Coca Cola made under license.

But these were not good days – for years in the immediate aftermath of the war, the area was known as ‘the wild west’: a lawless area of murky intrigues. As for the brewery, that was liquidated in 2004 and for years after, what sat here was little more than an empty, disintegrating plot. 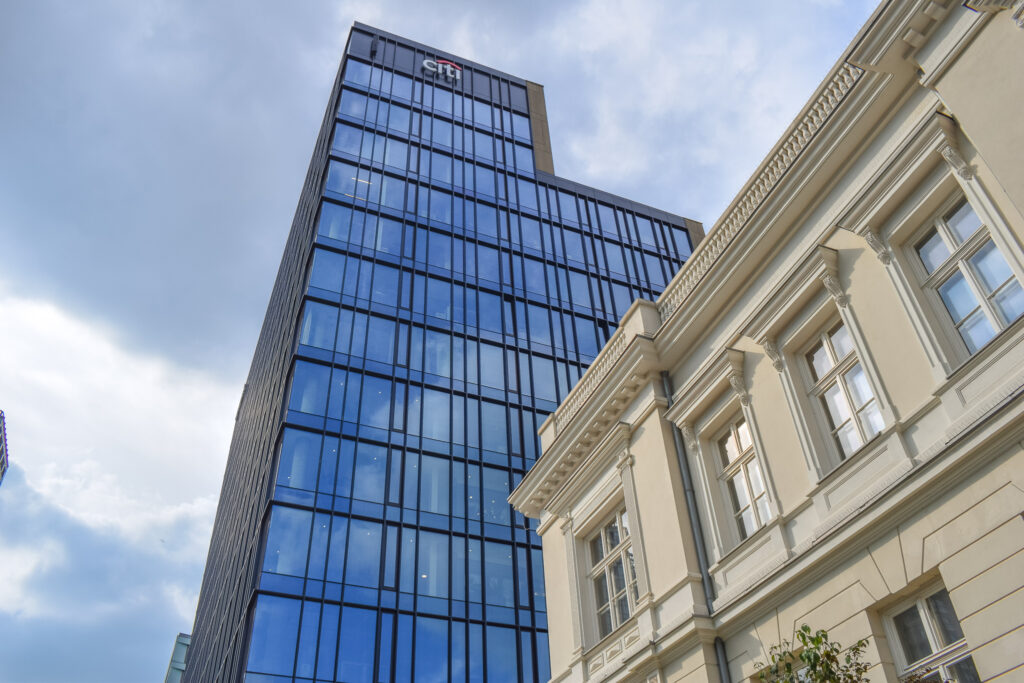 History
The past has not been forgotten – along with the sensitive retention and refit of original properties and elements such as the Villa Schiele, walking around both Browary and its immediate perimeter brings you no shortage of landmarks: memorials denoting Uprising actions; a tablet marking one of the entrances to the former Jewish Ghetto; and various broken pieces of urban tissue. 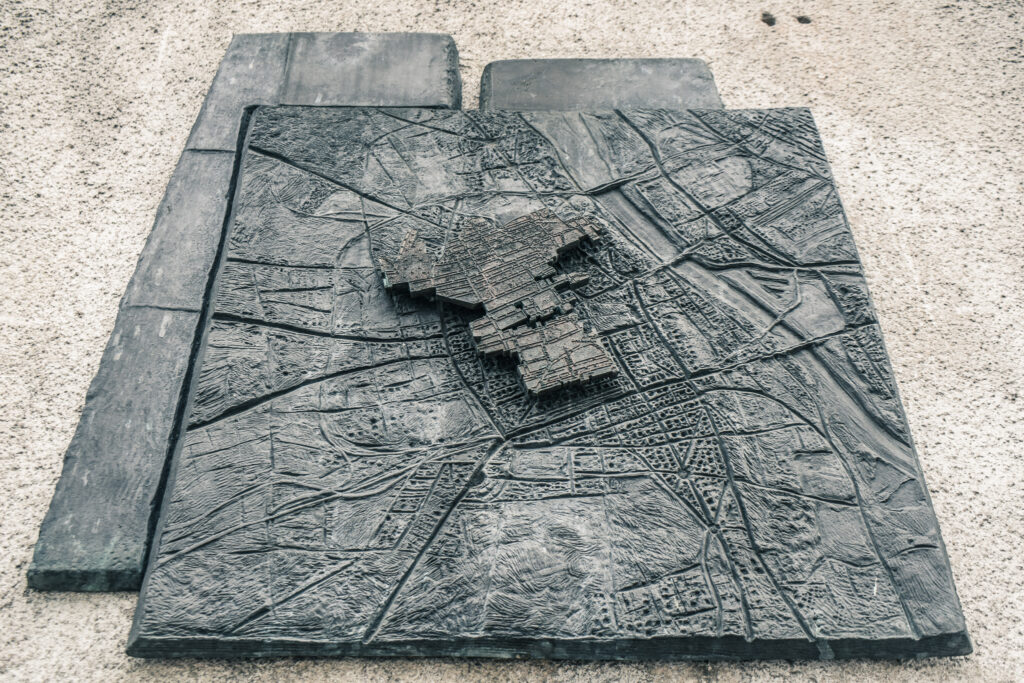 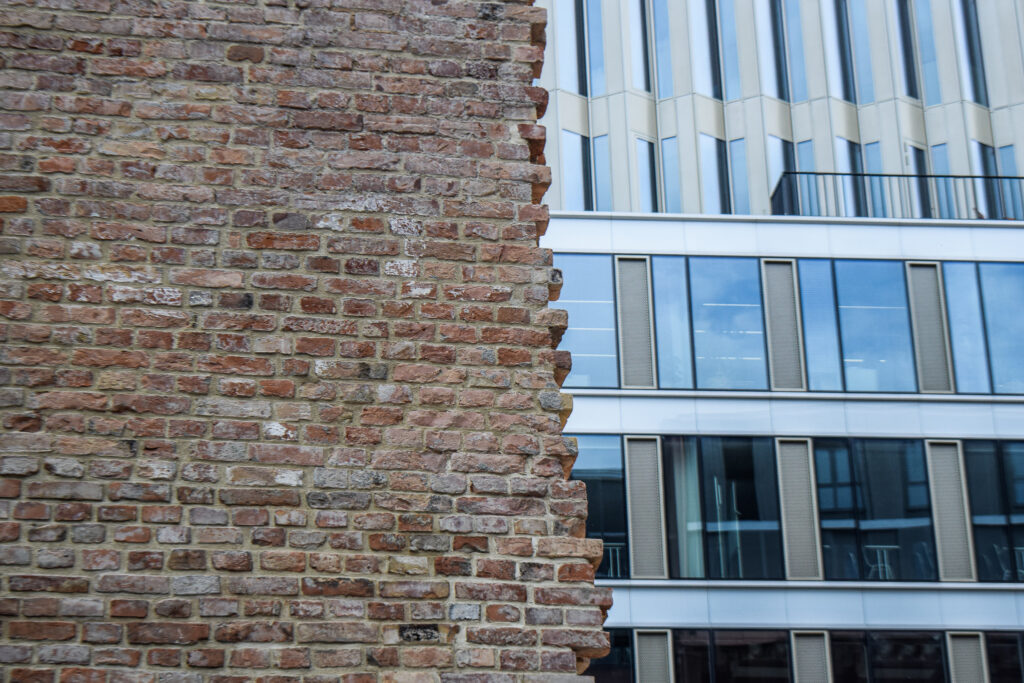 Now
How’s this for change! Repurposed as a mixed-use development, seven years of work have seen it revived in spectacular fashion and in-filled with swanky offices and apartments as well as a range of retail and leisure options. 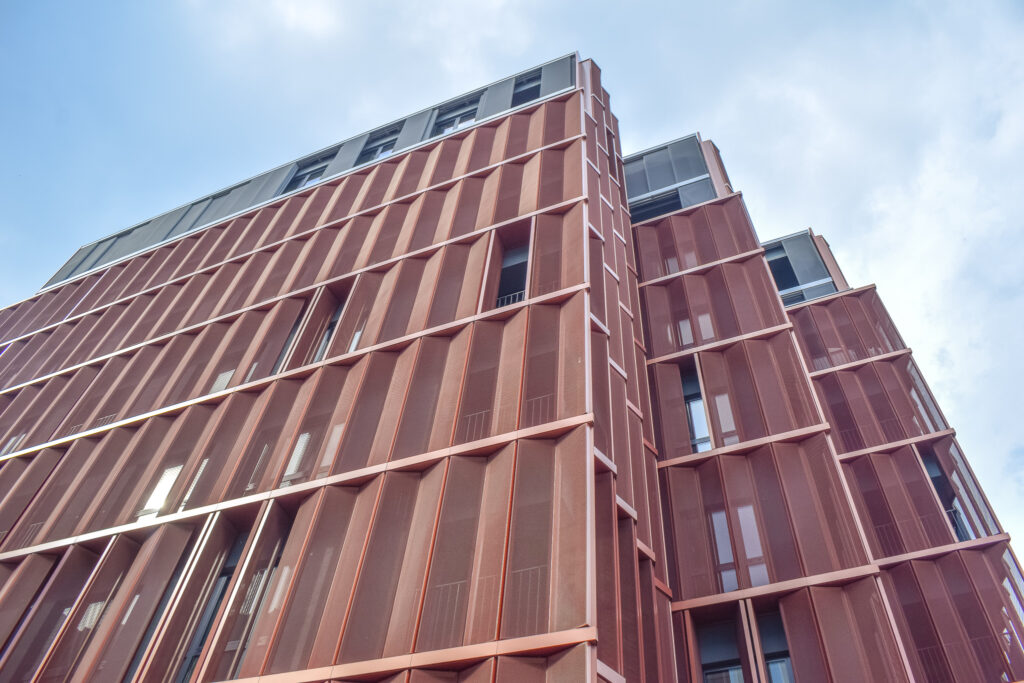 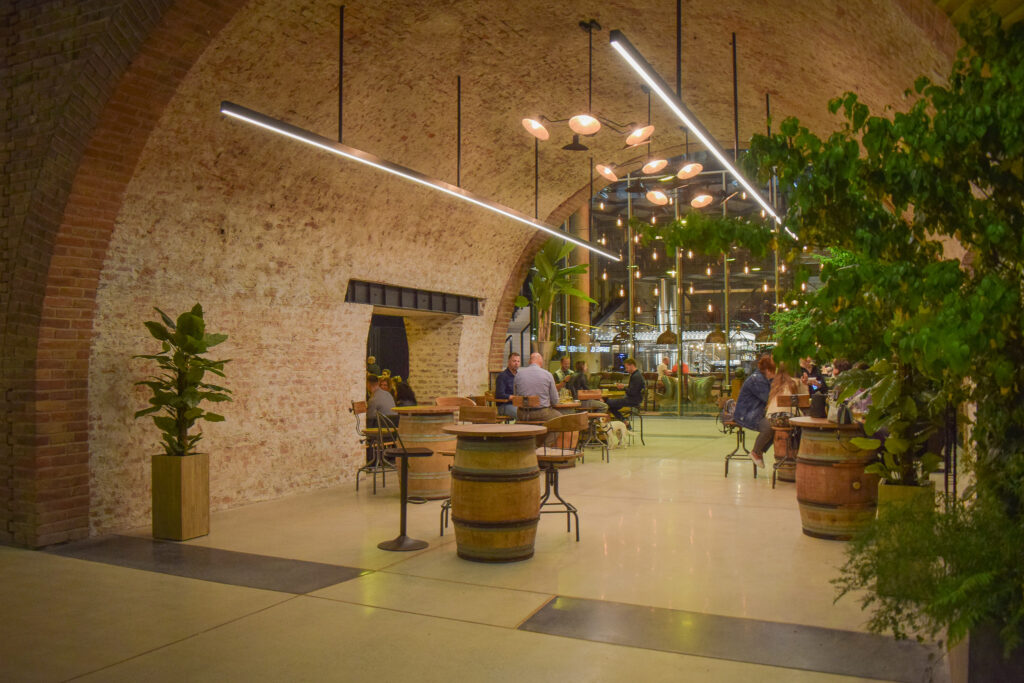 Visuals
Highlights include a brewery-themed mural set onto the steps of a stairwell as well as illuminated fountains and various artsy installations. 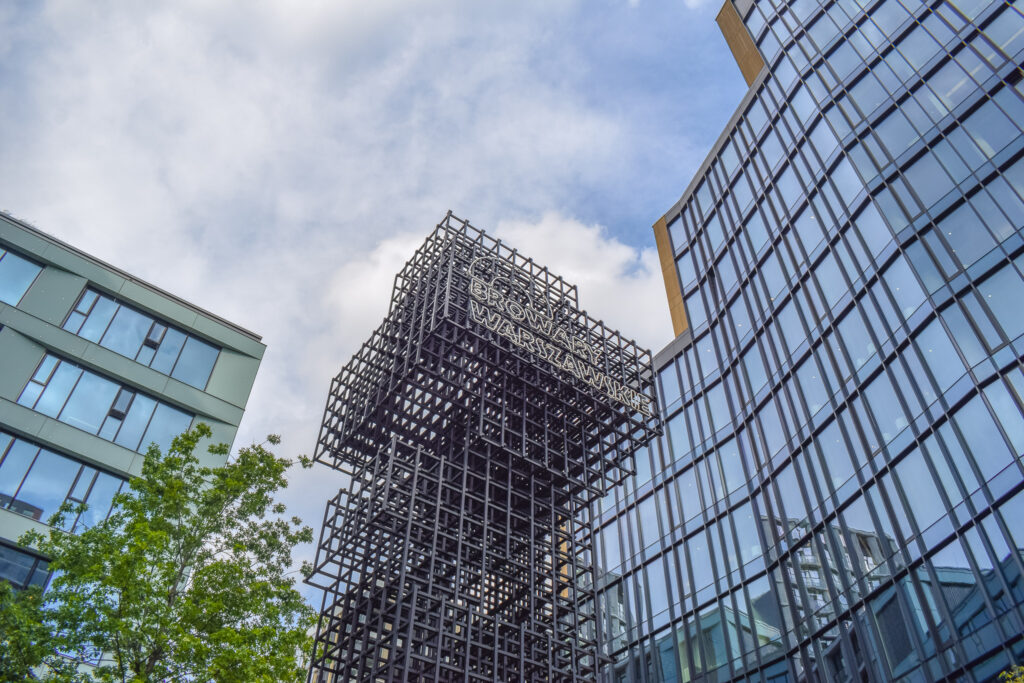 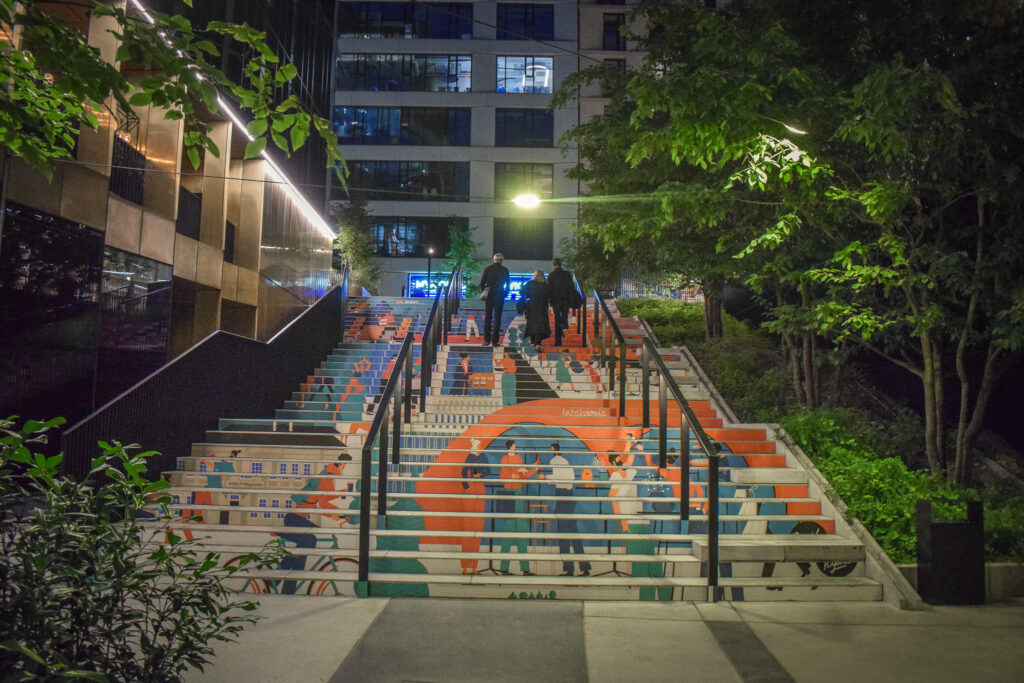 Vibe
Marketed towards the ambitious and aspirational, the delicious architecture mixes old and new to stunning affect and has already netted a diverse audience of international visitors. 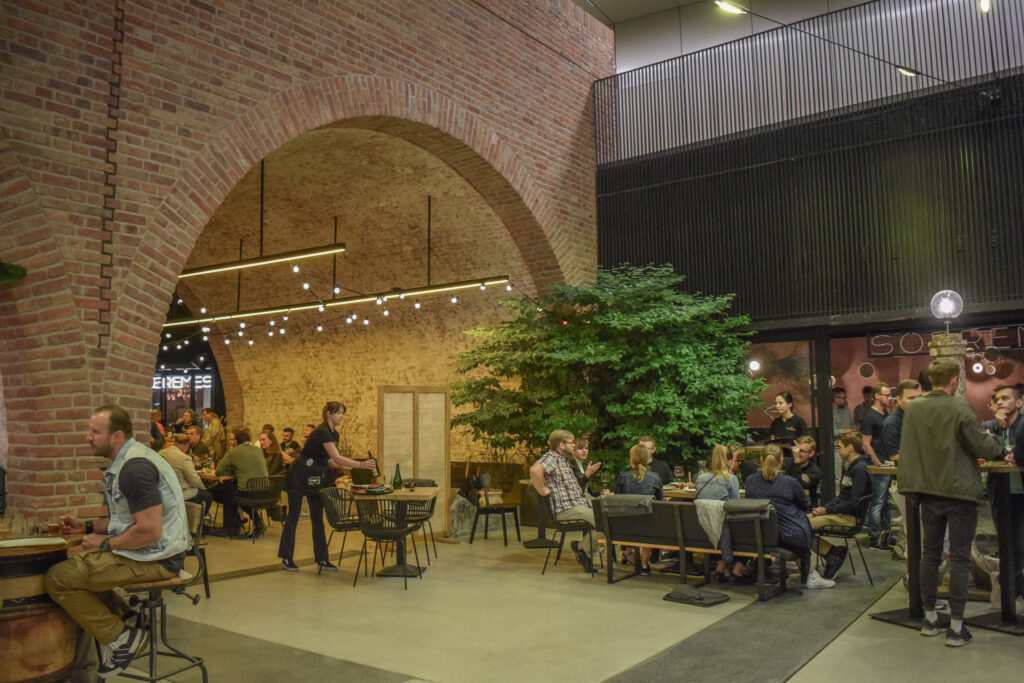 Check In
Robert Lewandowski’s restaurant and sports bar still remains closed (two more weeks we’re told), and so too the food hall, but already the address is attracting an evening crowd drawn to places like the Sobremesa Tapas Bar, the Greek flavors of Mykonos and the glam “show dining” restaurant Baila. Applause also goes to the Balkan tastes presented in Munja; among others, we’re also hearing good things about Japonka. Of course, there’s much more… 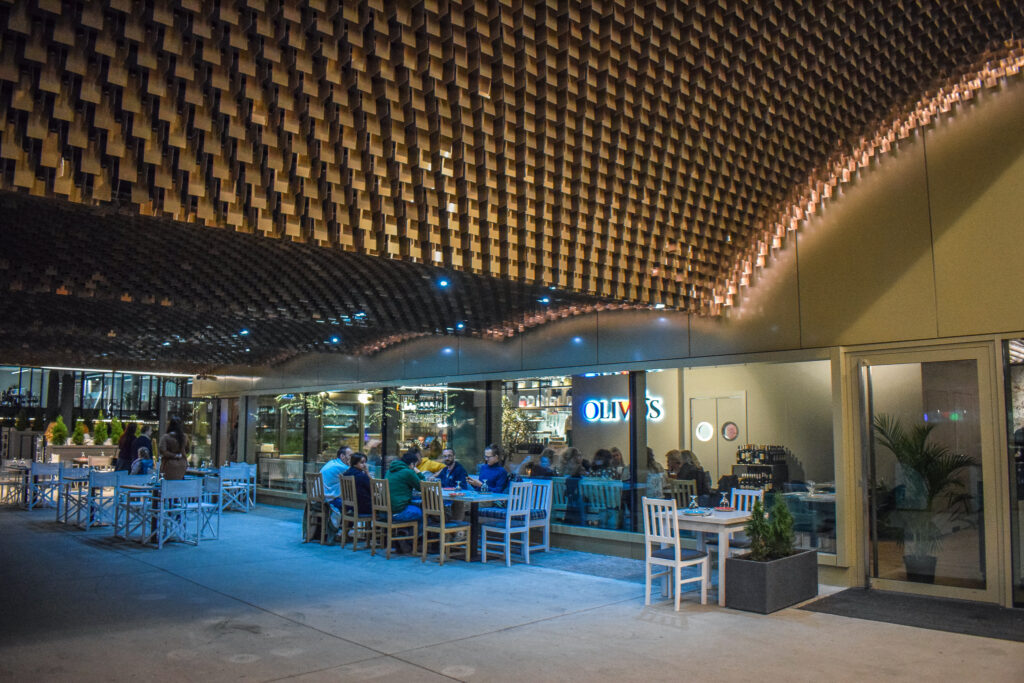 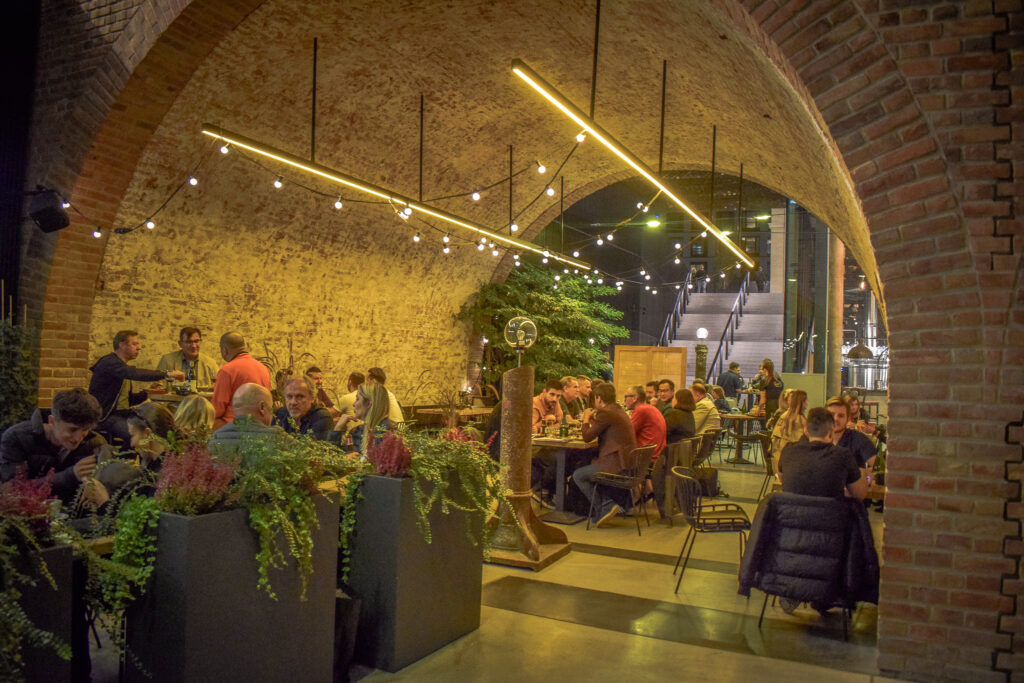 Don’t Miss
It’s hard to work out what’s been the most-awaited part of Browary, but the brewery has to be somewhere up there – and yes, it’s really been worth it. Set across a multitude of levels, the design incorporates sleek metal furnishings, lavish seating and, even, a bed! 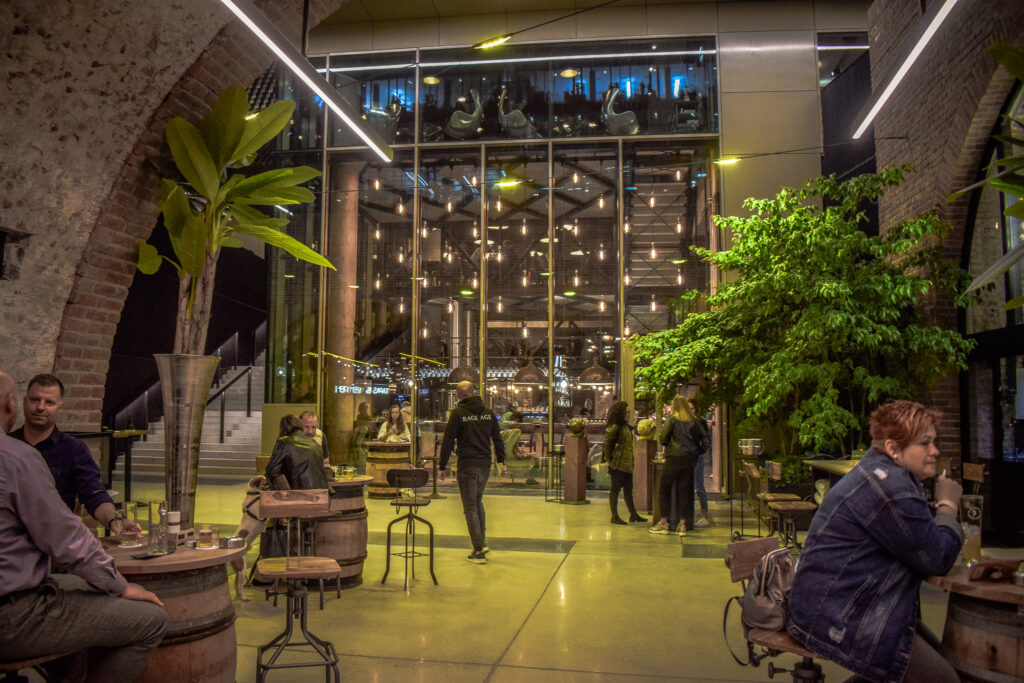 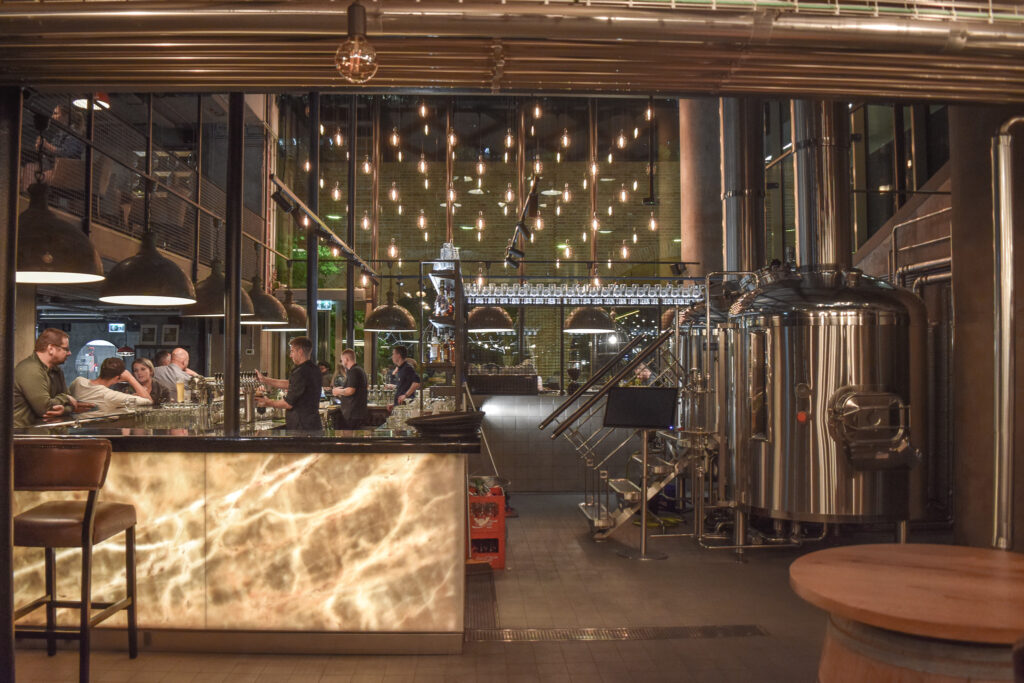 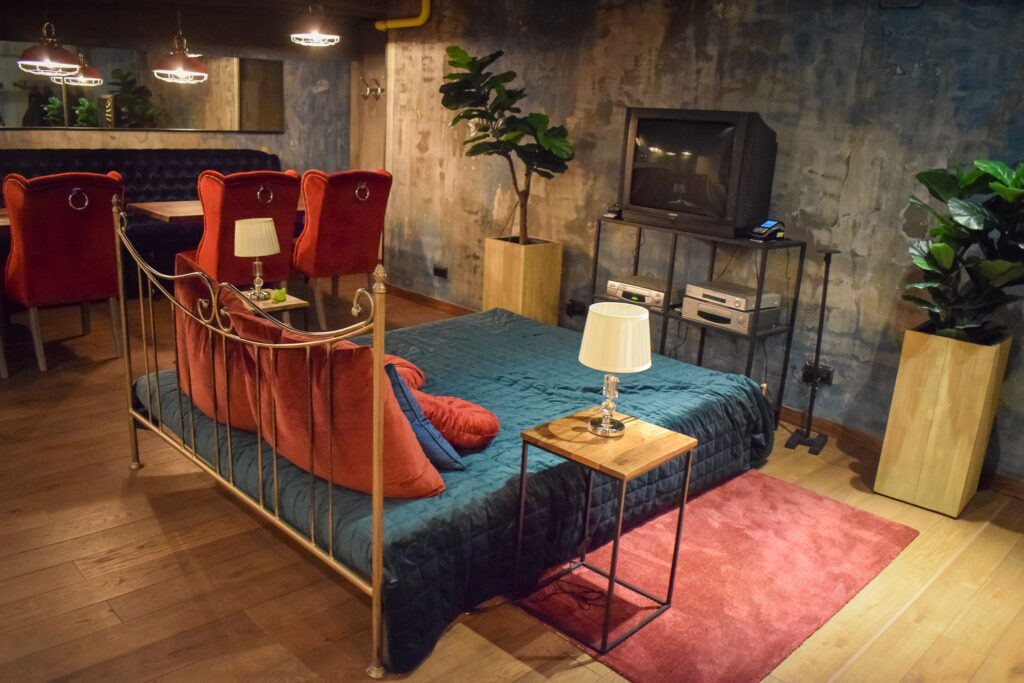 Food-wise, we enjoyed the BEST fish’n’chips we’ve had outside of Britain, whilst the beer – there’s about 18 on offer – definitely hits the spot: our top tip goes to the West Coast IPA. 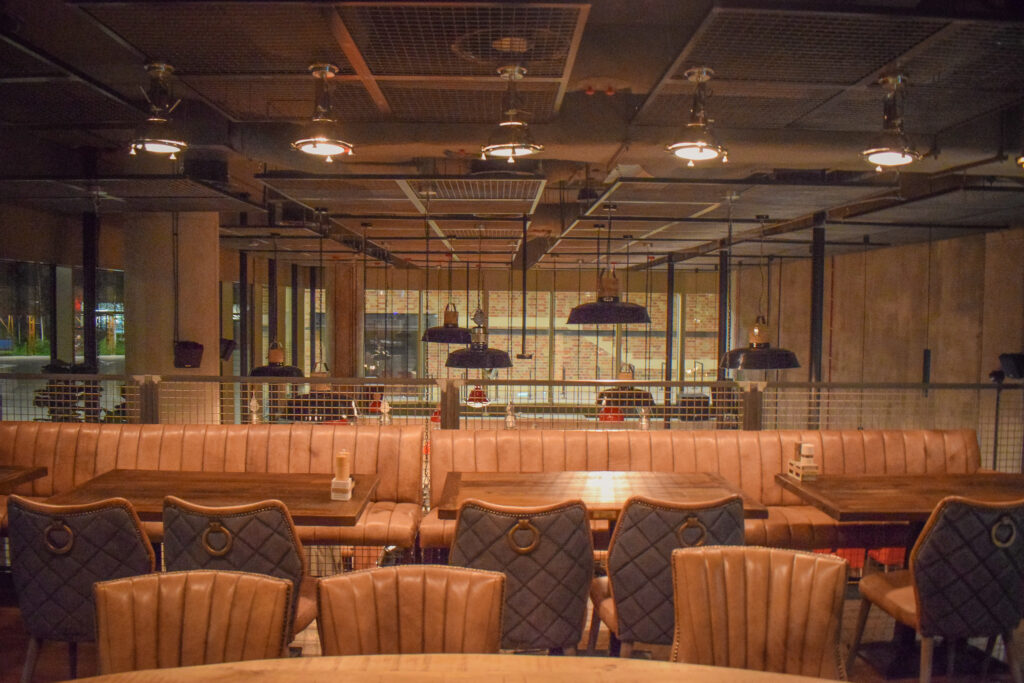 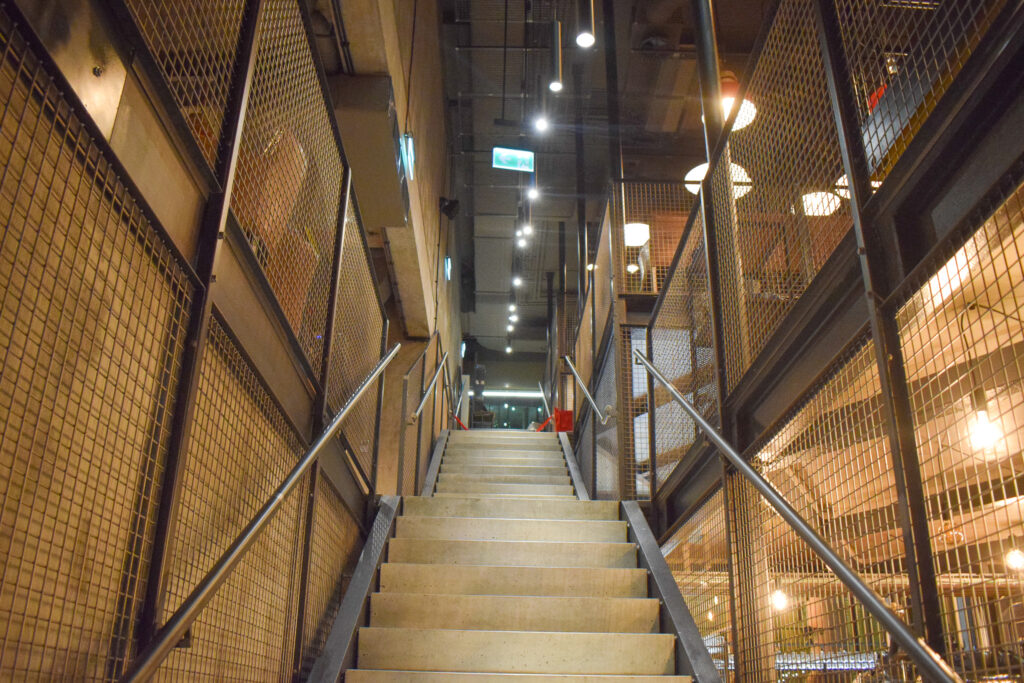 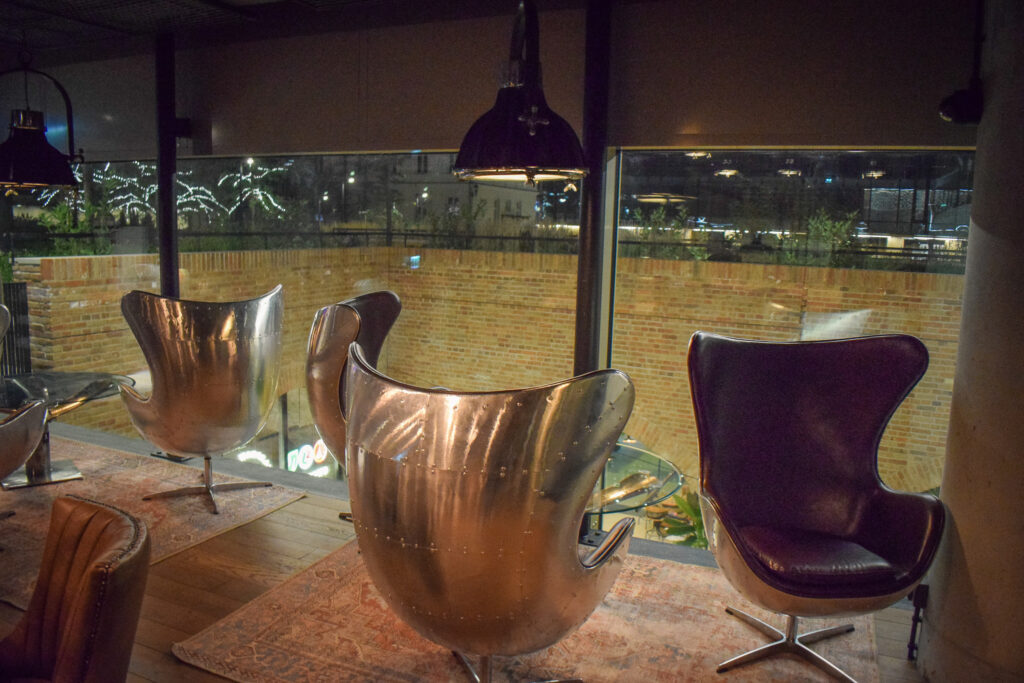 Contrasts
One of the most compelling aspects of it all is the richness of contrasts that it offers when set next door to Wola’s grittier bits and pieces. You get a sense of new life blooming amid Wola’s forgotten wastelands, and the sense of excitement is amped up by the nearby presence of edgy wall art and historic tenements in various states of life and death. 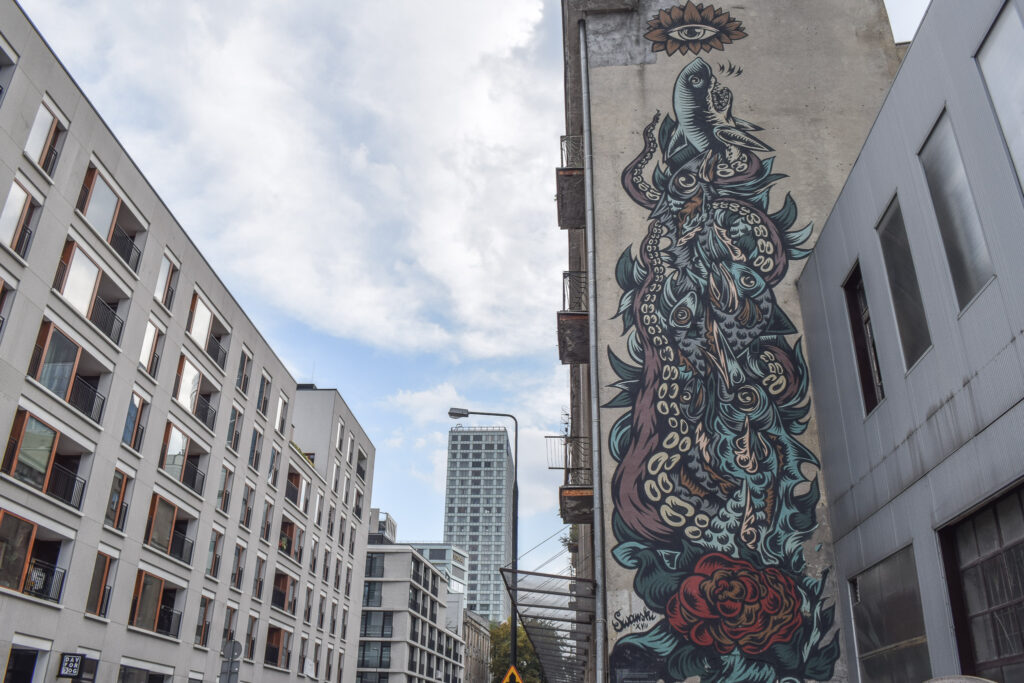 Final Thought
The biggest success, however, lies in the feeling that Browary has already been absorbed into the wider neighborhood. Just as exciting, you exit to a sea of soaring skyscrapers – being here, you feel proud of the city and the potential that she has. If you thought this was another copycat, post-industrial development, then you need to think again. 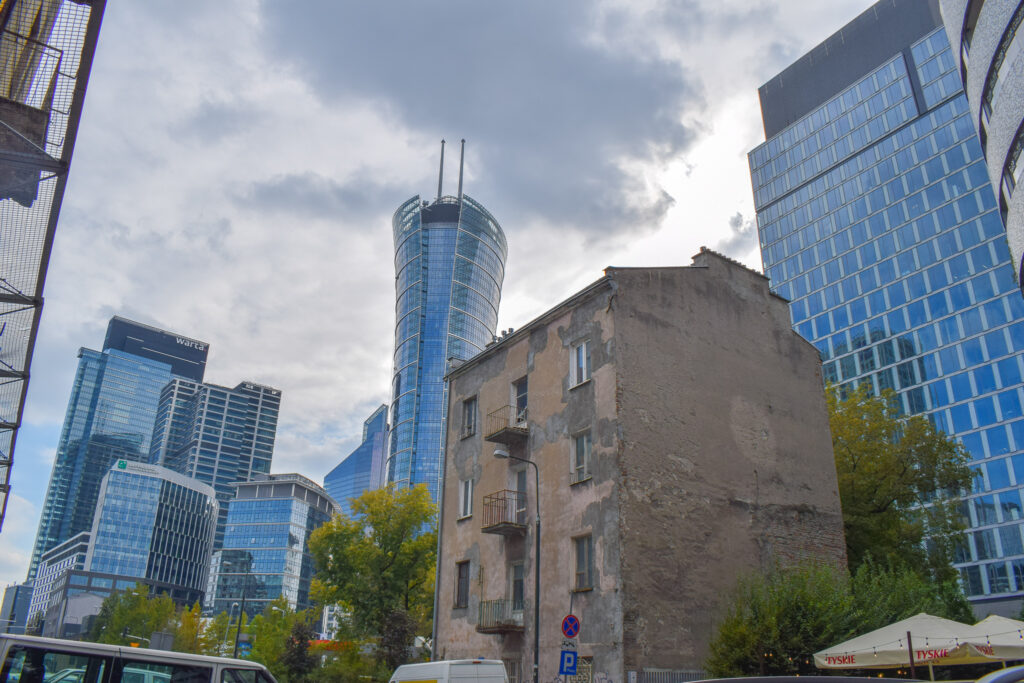