Originally established by an 18th century nobleman who named it after his wife, Maria, it didn’t take long for the Mariensztat district to veer from its intended genteel look. By the outbreak of WWII the area had become an unnavigable confusion of tangled streets and tumbledown tenements: pimps, prostitutes and punch-ups were its calling card.

However, its near total destruction during the war gave town planners the chance to reboot from scratch, and this they did with gusto, creating a prototype settlement based on a Socialist Realist template yet simultaneously inspired by small town architecture of the 17th and 18th century. 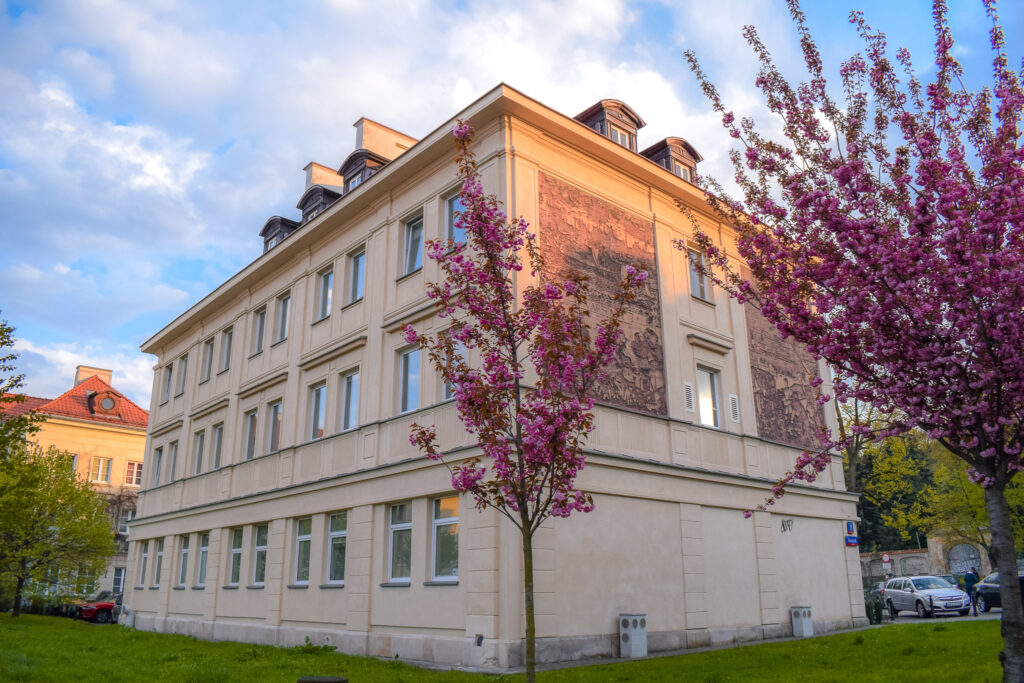 With that in mind, it was unsurprising that this slice of Workers’ Paradise was exploited frequently in films such as Poland’s first color movie: a romantic comedy titled Adventure in Mariensztat.

Naturally, the area’s primary pull was a square, and though it feels largely windswept today, during the 50s it regularly played host to fetes, dances and community events. Since that heyday, the area’s pink pastel colors have faded, but many of the original details remain as they were. 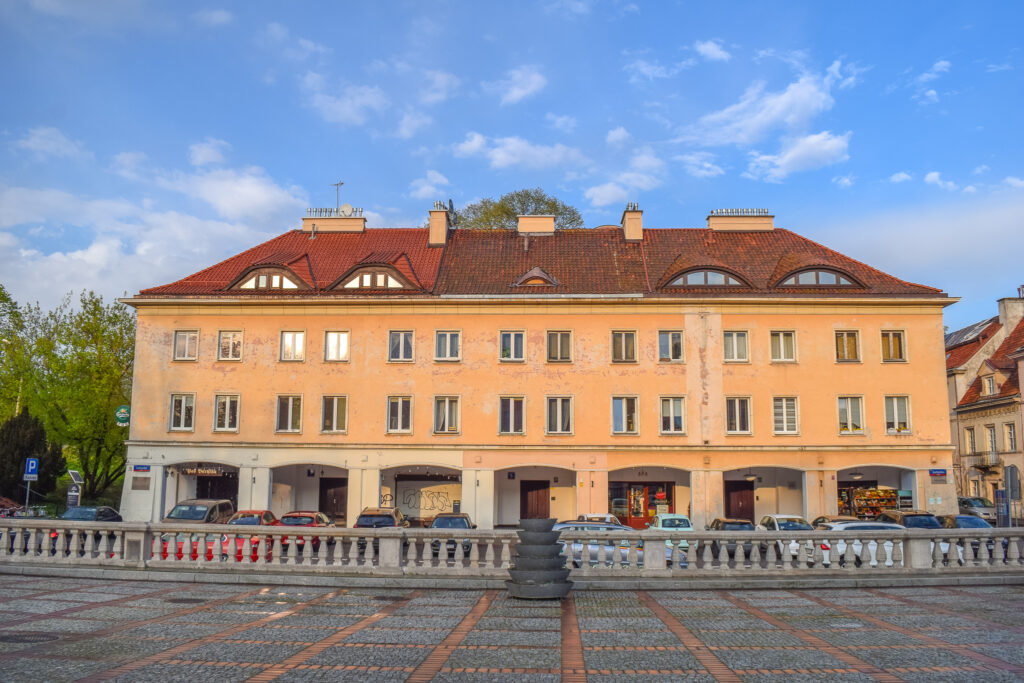 Among them, quirky murals and mosaics (check the chirpy cat on ul. Sowia), a fountain fringed by three stone children sporting ultra-groovy haircuts, and a statue of a hen-clasping woman. 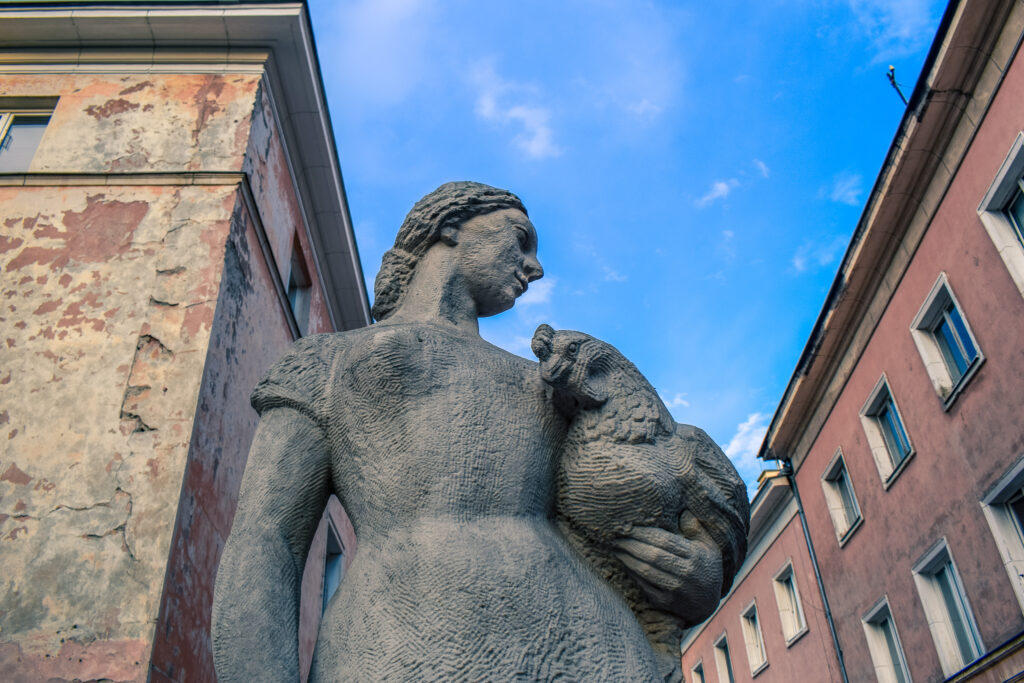 A reference to the area’s famed pre-war food market, it was only after ‘the hen monument’ was unveiled that a local guidebook noted that the animal was positioned the wrong way round. “Stall holders would have always shown potential buyers the hen from the back end,” wrote Lech Chmielewski in his post-war booklet Przewodnik Warszawski. 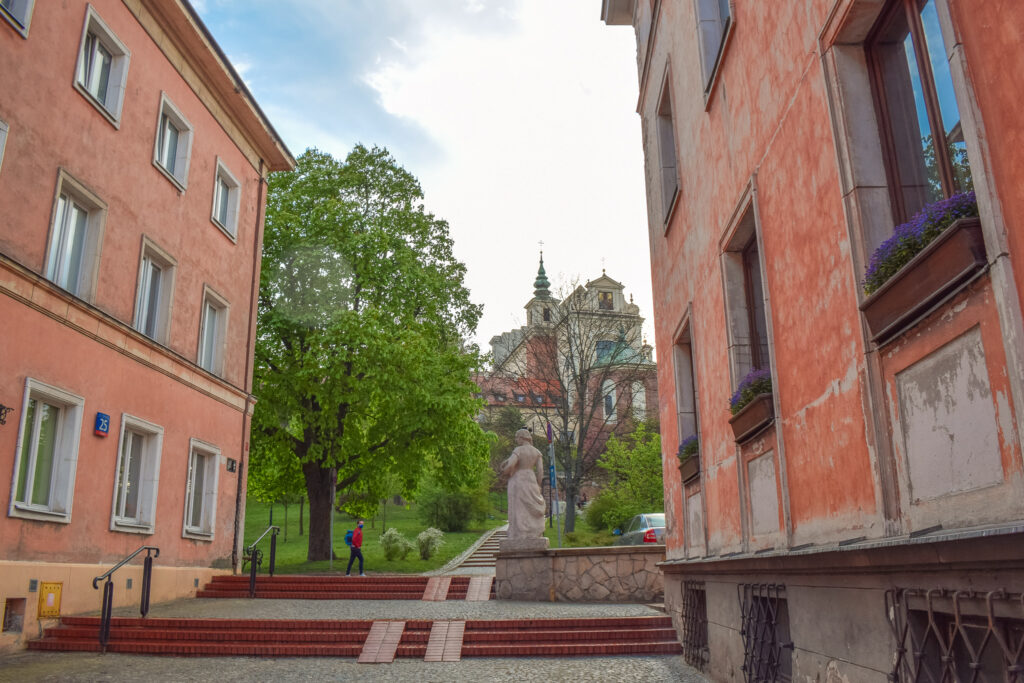 Today, it’s hard to get a sense of how Mariensztat must have once buzzed, and that’s especially true with the streets deserted during these pandemic times – though maybe, perhaps, the lack of footfall is a longer lasting problem. Certainly, the number of dusty, shuttered storefronts suggest so.

For signs of life, head instead to Bednarska. Largely rebuilt after the war as part of the Mariensztat housing estate, this steep, cobbled street is adorned with street lamps that hang from the pastel colored tenements that line this narrow route. 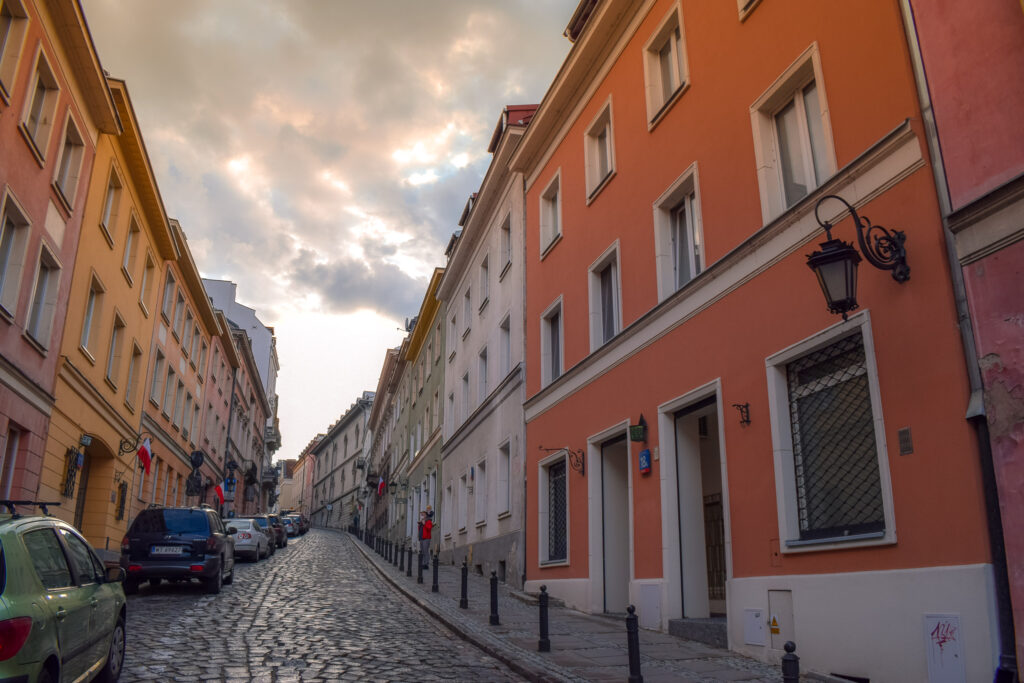 But whilst this promises the most scene route into Mariensztat, arguably the more historic is via the escalator that runs from Pl. Zamkowy to the mouth of the W-Z tunnel. Opened in 1949, ‘the moving stairs’ were such an attraction when they were unveiled that notices were hung warning children and those with heart defect against repeated use. Also preserved behind plexiglass find Socialist Realist reliefs depicting the make-believe brotherly nature of Soviet-Polish friendship. 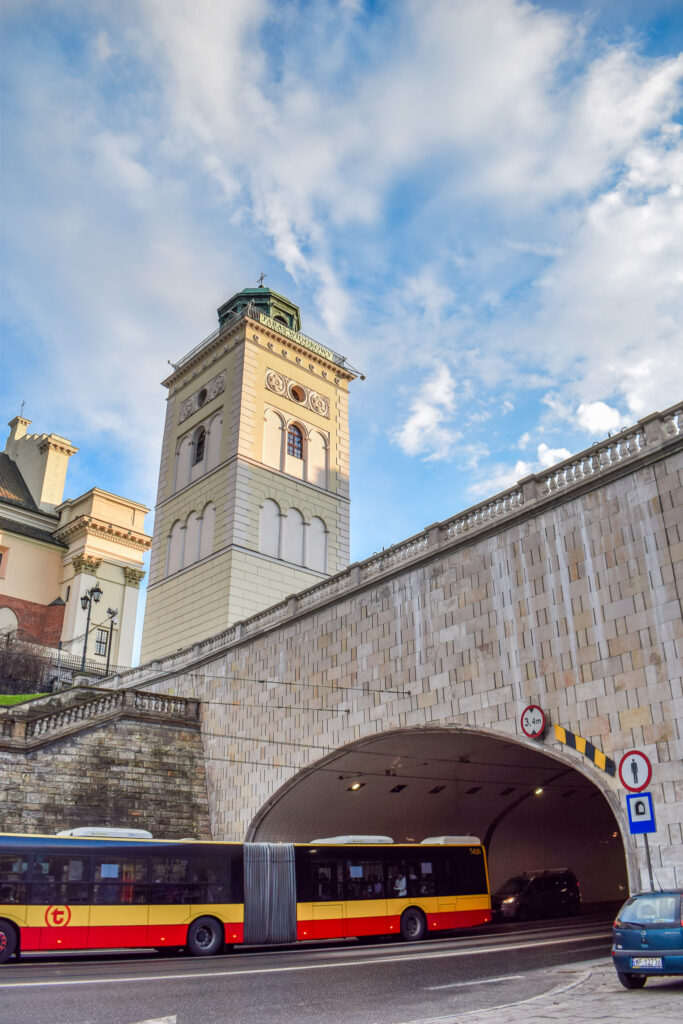 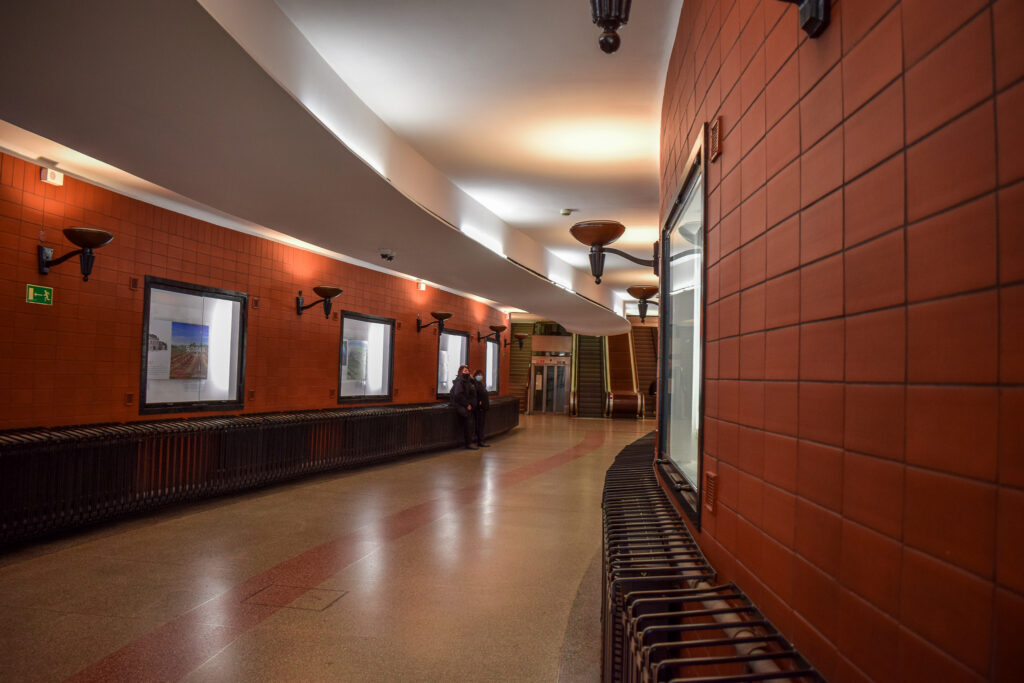 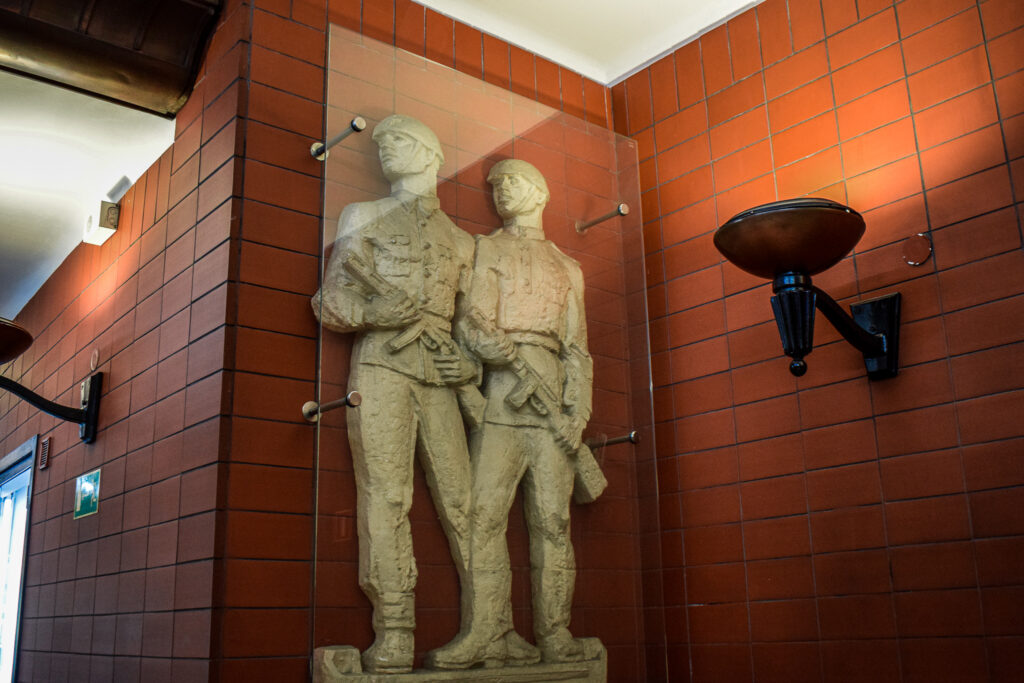 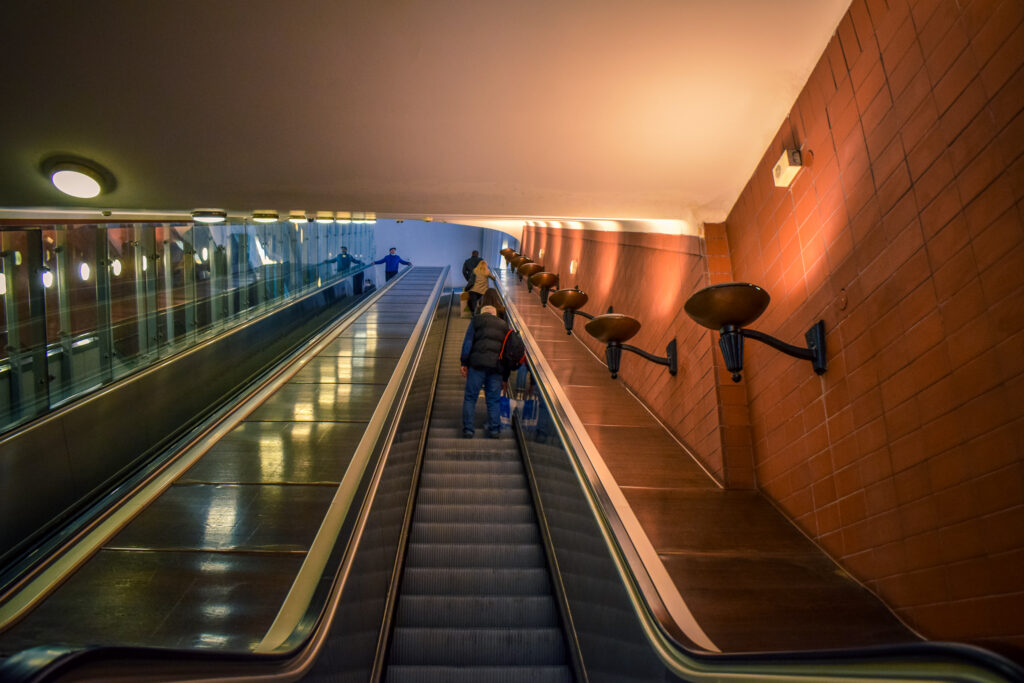 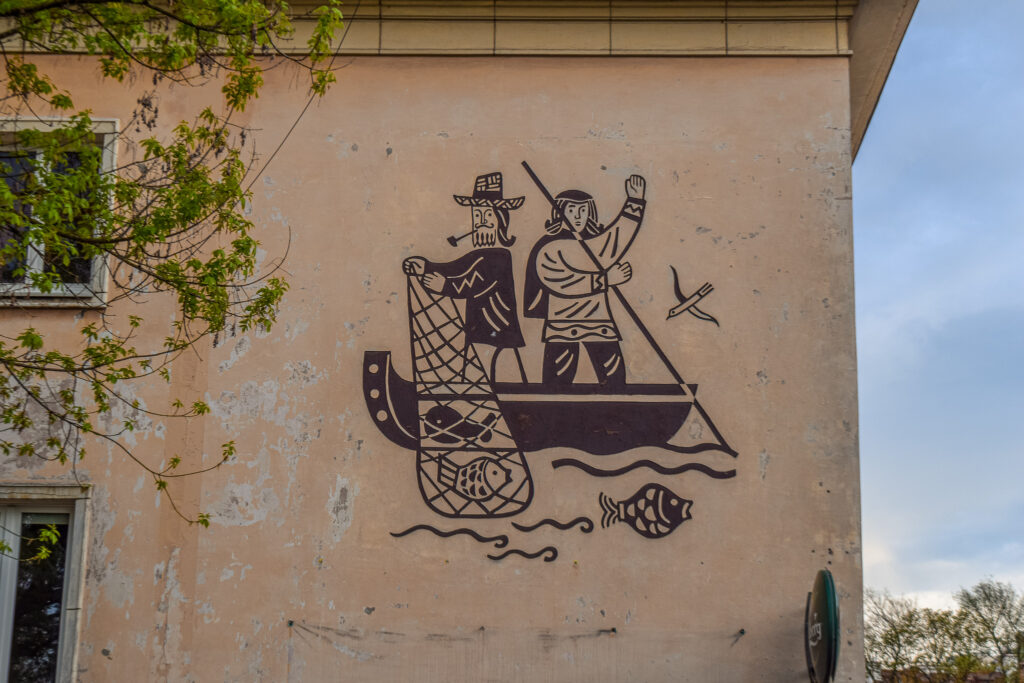 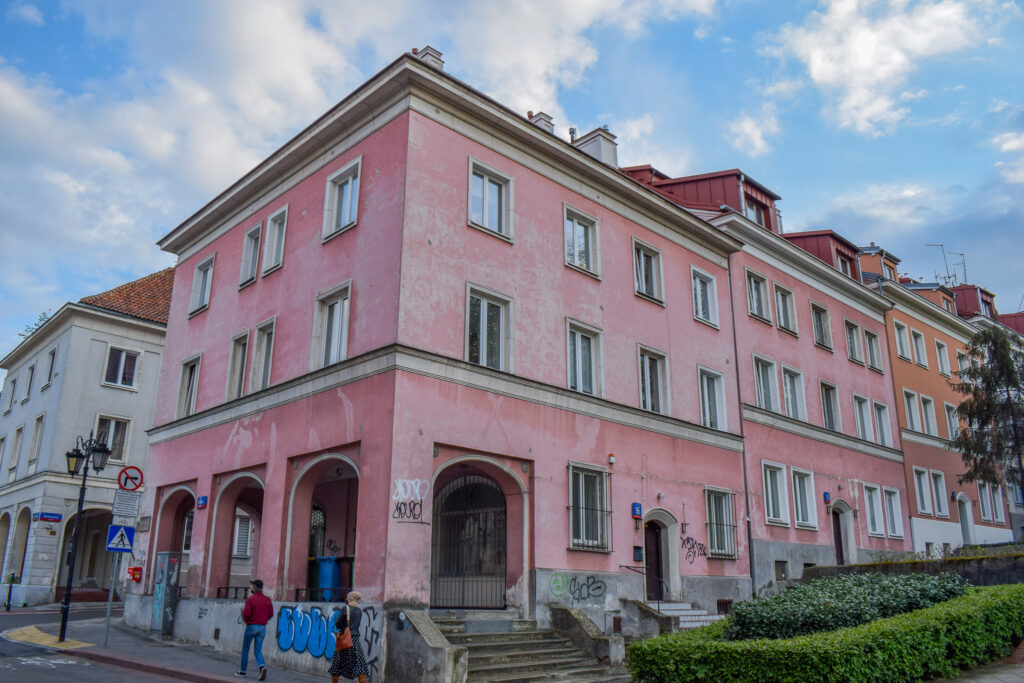 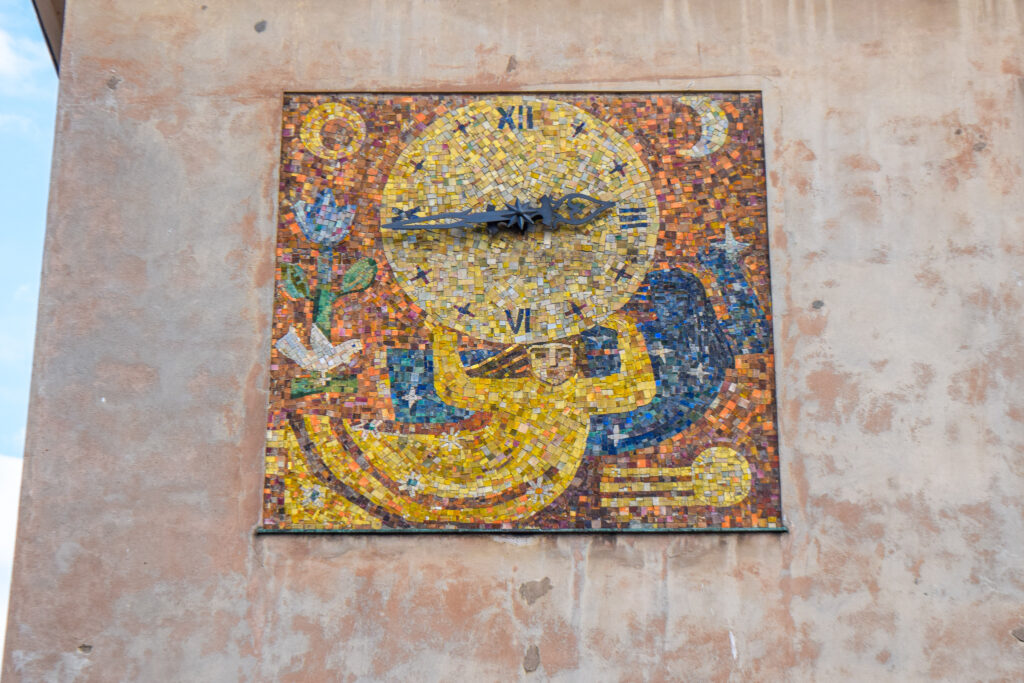 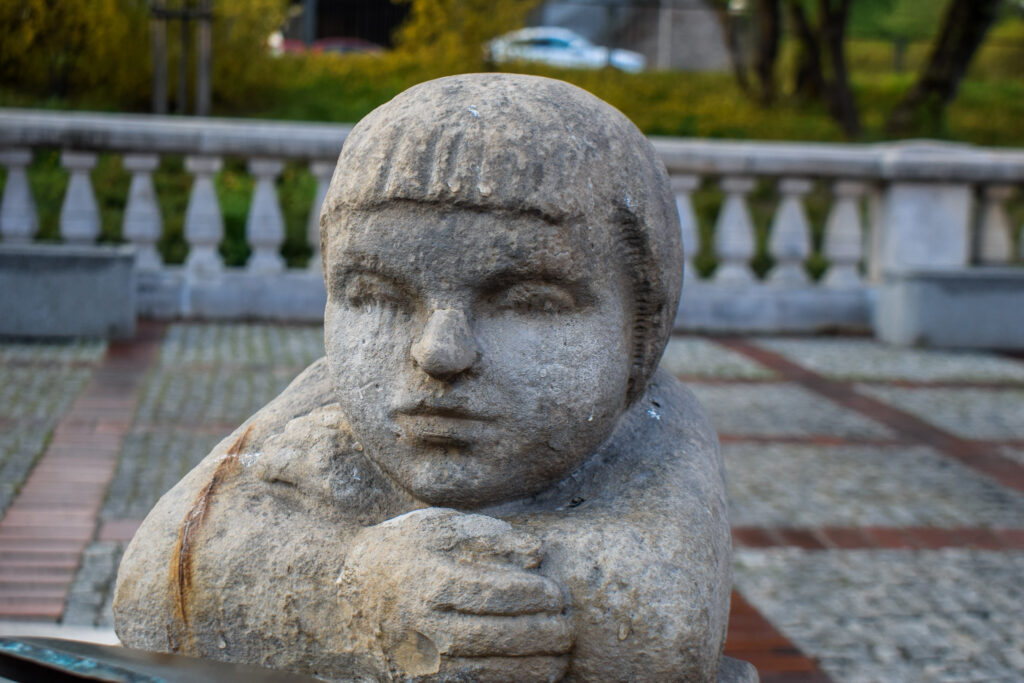 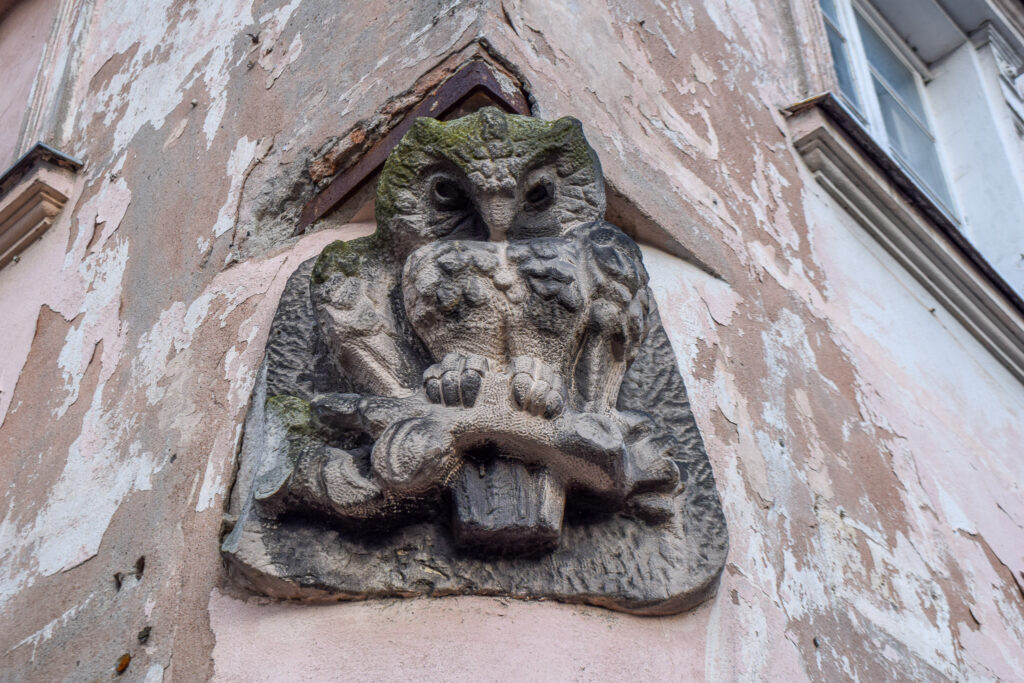 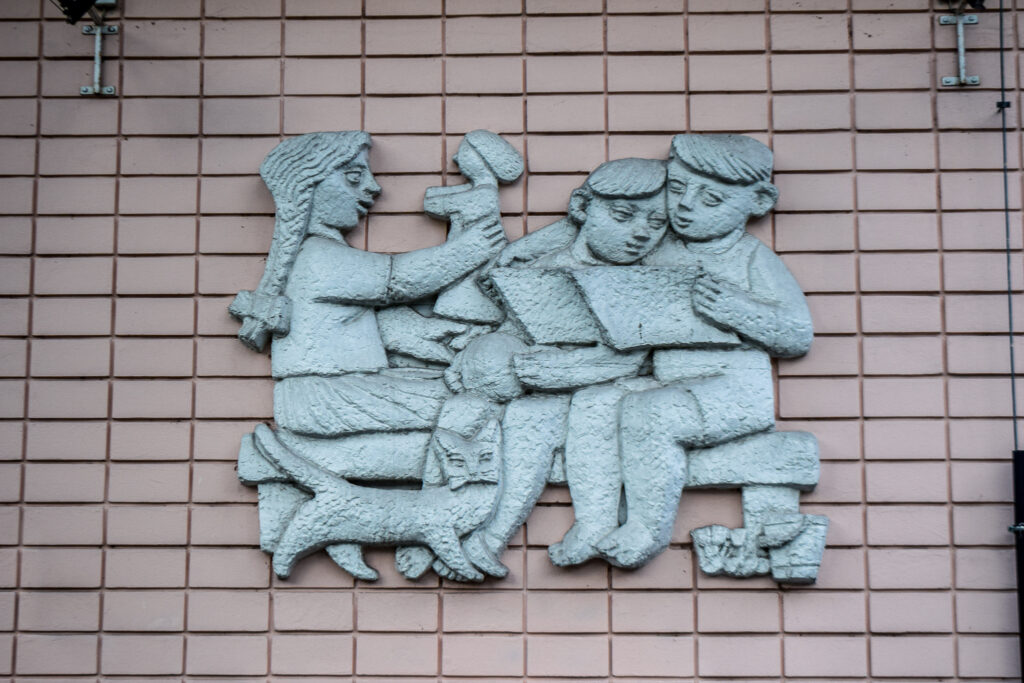 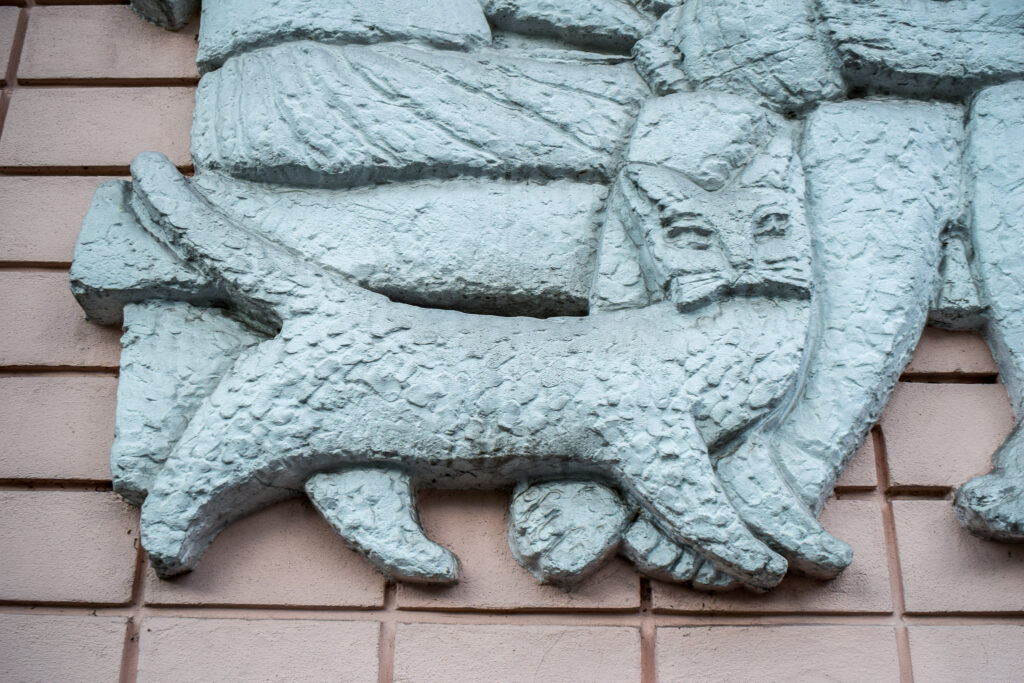 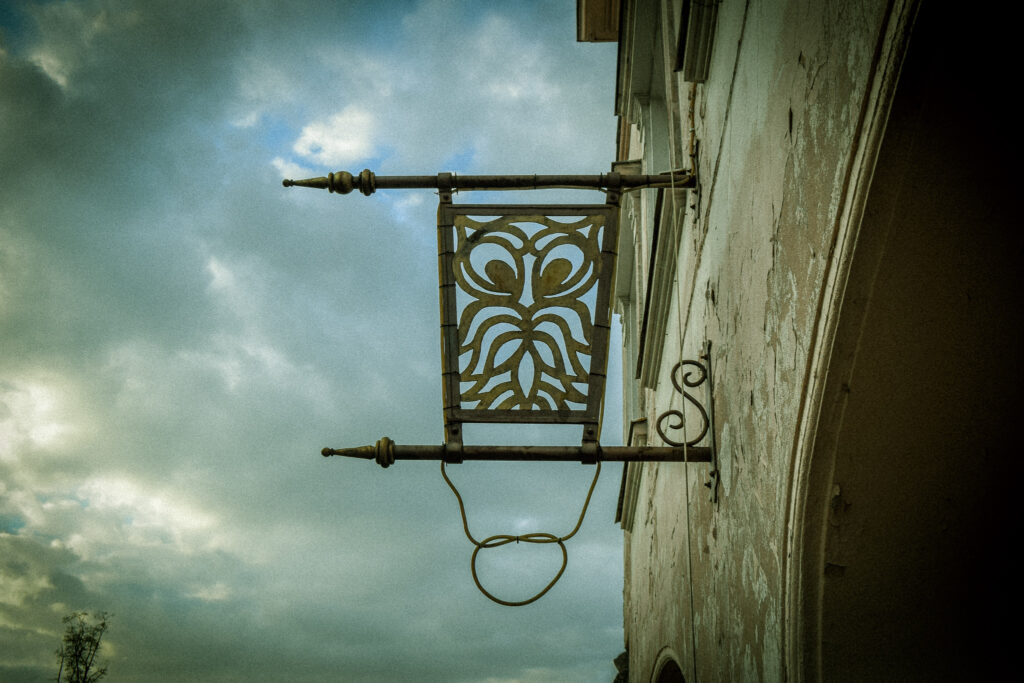 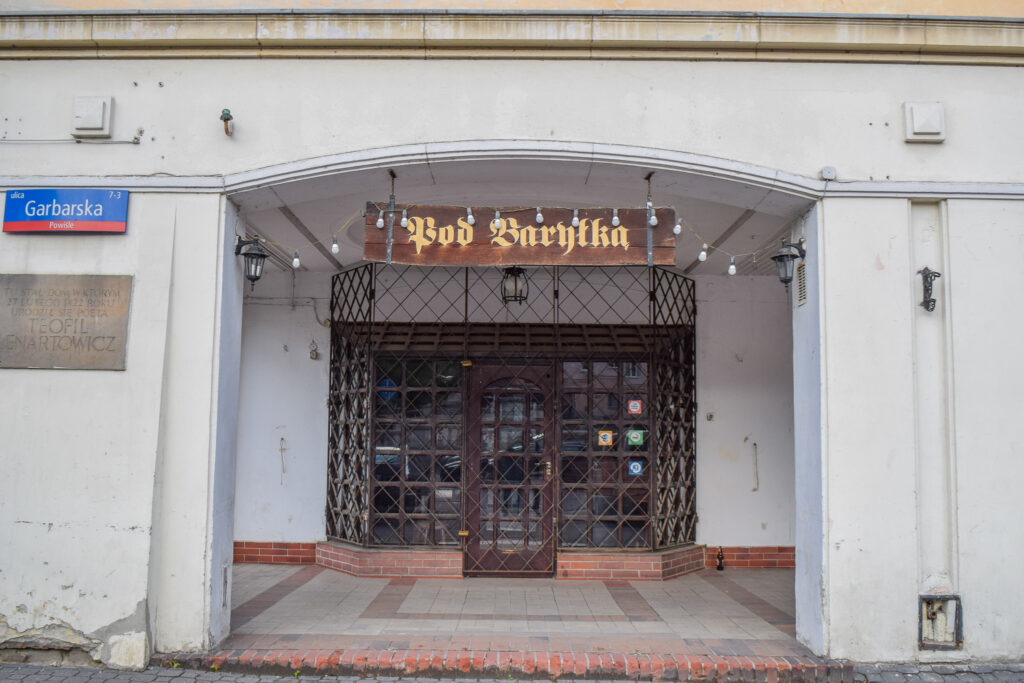 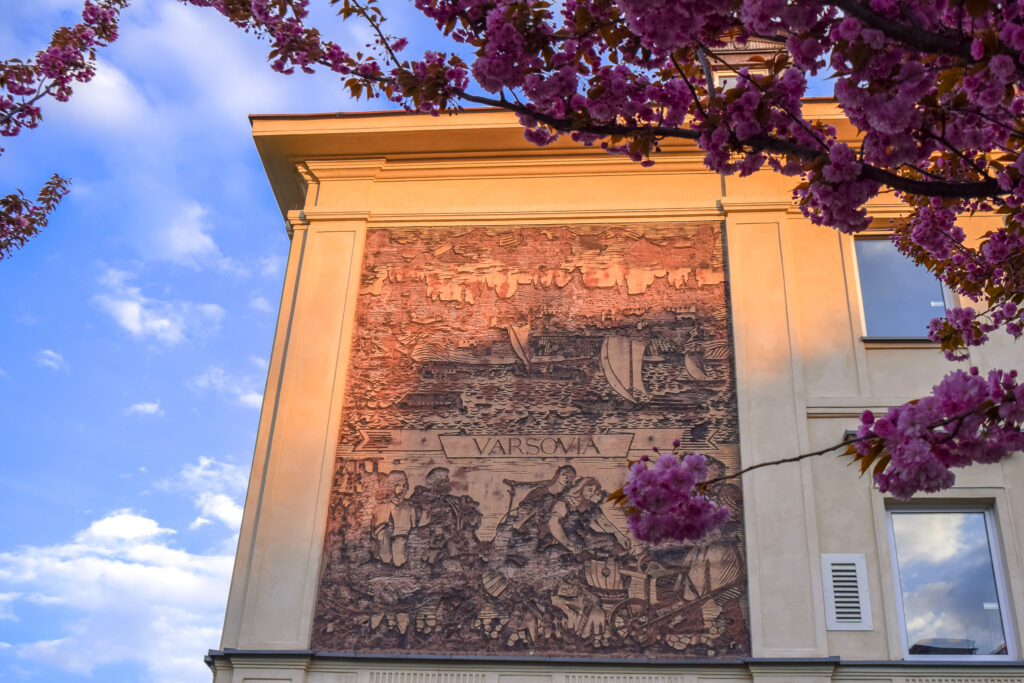 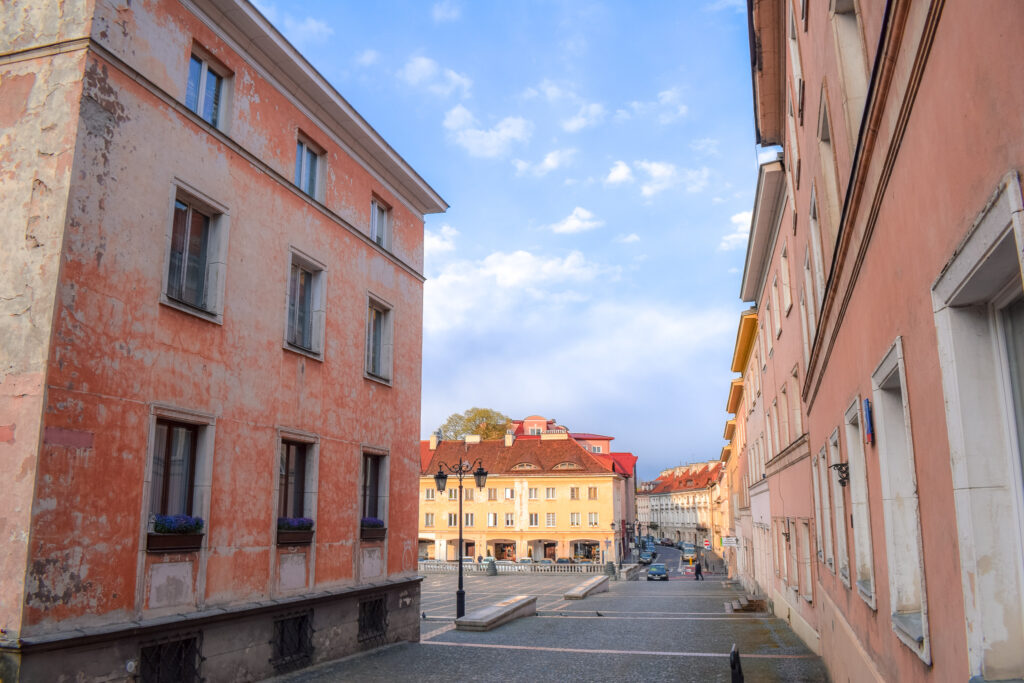 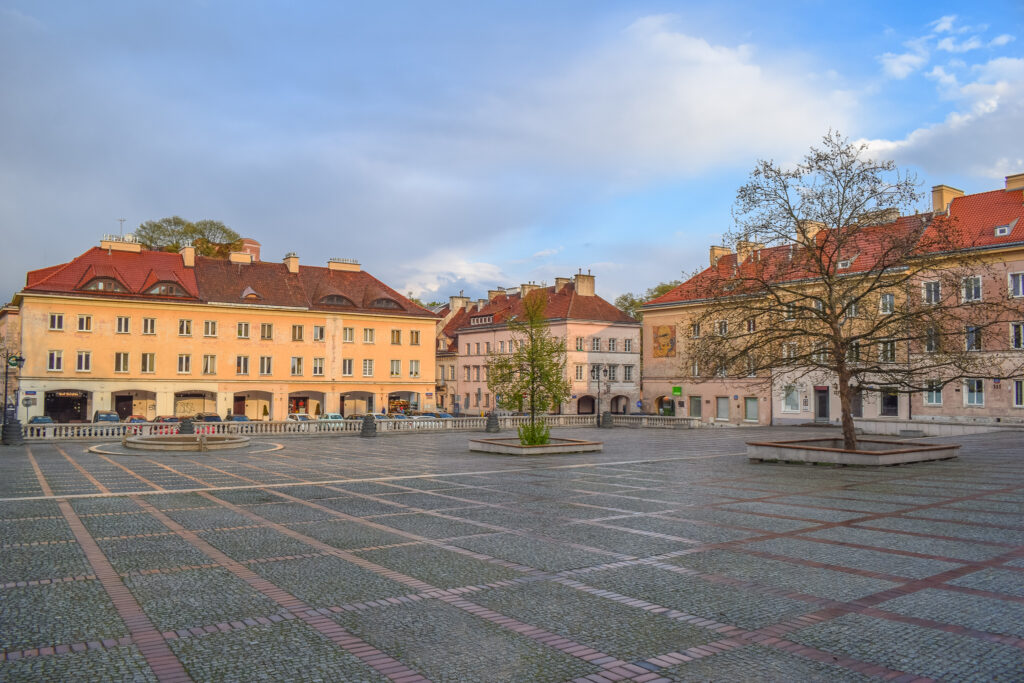