Warsaw’s Neon Museum: What A Dazzler!

When the switch was flicked on Warsaw’s first neon in 1926, few could have predicted that the city’s love affair with this groovy form of marketing would endure well into the following century – especially given its near total disappearance by the turn of the millennium. 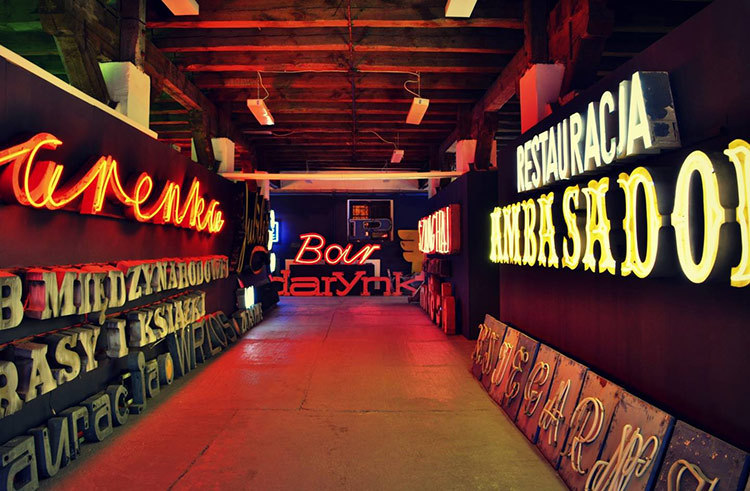 Its resurgence, however, has been strong, and for this much credit goes to Warsaw’s most colorful attraction, the Neon Muzeum in the depths of Kamionek. The result of one British-Polish couple’s obsession, its launch in 2012 helped spark a remarkable renaissance that has shown no sign of slowing.

“At first, myself and my partner, Ilona Karwinska, thought we were documenting the end of Polish neon,” says David Hill, co-founder of the museum, “but from quite early on we both realized we had happened upon something quite important.”

With a background rooted in typography, Hill’s first visit to Warsaw in 2005 left him awe-struck by the few neon signs that lingered and glimmered in the Polish capital. With Karwinska, a London-based fine arts photographer, seeking a new project to embrace, the couple experienced a lightbulb moment and decided on traveling the country to record all the surviving neons that they could locate. 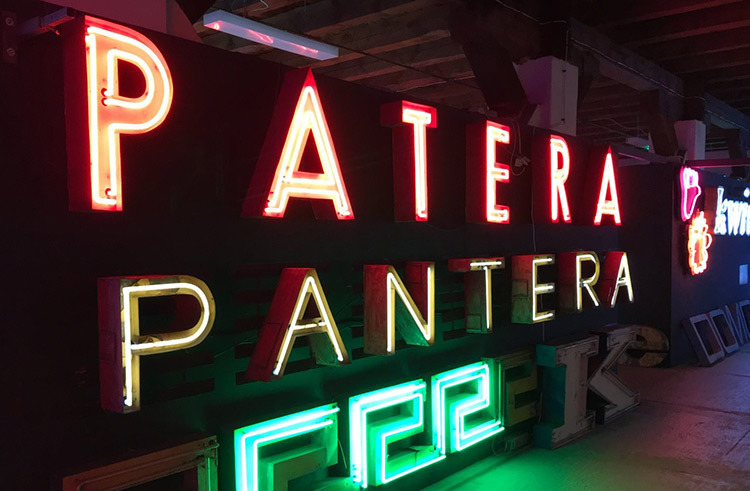 A book followed and was swiftly greeted by a reaction that Hill describes as “extraordinary”. Receiving a flood of tips on where to find more, the pair found themselves elevated from observers to actively engaging in the preservation of neon.

“Shopkeepers were calling us to see if we wanted their old signs,” he remembers. “At times, it was like something from Indiana Jones, with both of us peering into old attics and garages to recover signs that many people suspected had been lost forever.” 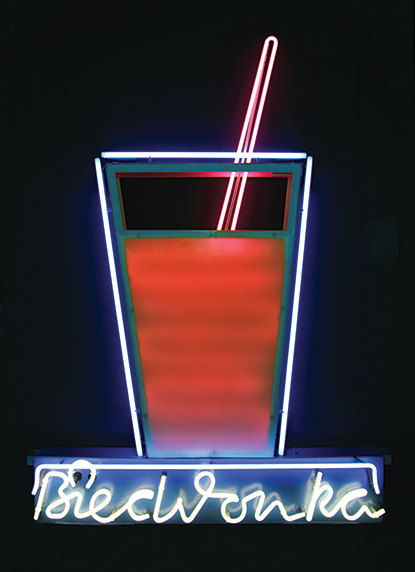 The sign that once decorated Kino Praha, for instance, was donated by a farmer who had been part of the team that had first removed it. Though left to languish in a field in the years that had followed, its manure covered form was gratefully received before being restored and rehoused in the couple’s growing collection. With the signs massing up, opening a museum was the next natural step.

Taking shape inside a dark, echoey space in the Soho Factory, its opening coincided with both the city’s ‘hipster revolution’ and the rise of mediums such as Instagram. Lauded in publications such as Wallpaper*, Vogue, Tatler and Time, it caught the spirit of the time and in the process became an A-Class attraction appealing to nostalgists and millennials in equal measure. 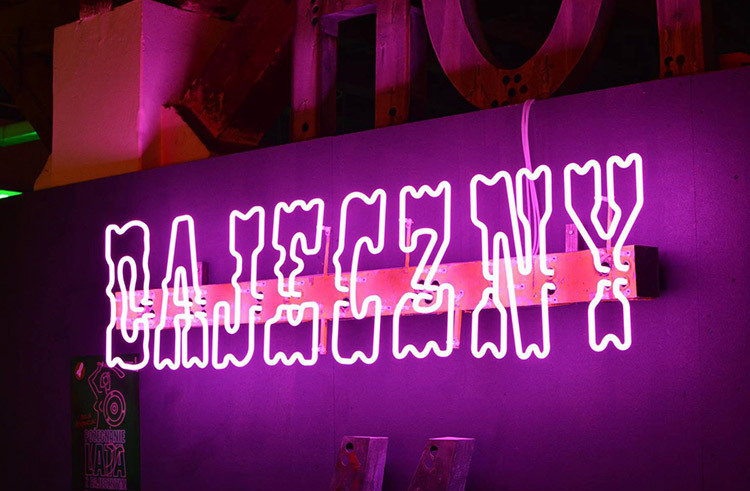 “People want to see beautiful things,” says David, “and with today’s generation being so visually minded it’s little surprise that we’ve witnessed such a neon revival.”

Though the presence of neon predates WWII, it was another war that saw it peak in popularity: the Cold War. Playing a key role in the government’s attempts to fuse socialist ideology with consumerism, the campaign to ‘neon-ize’ Poland saw gloomy cities still bearing the scars of war boldly gleam once more under lights designed and produced by many of the leading artisans of the time. 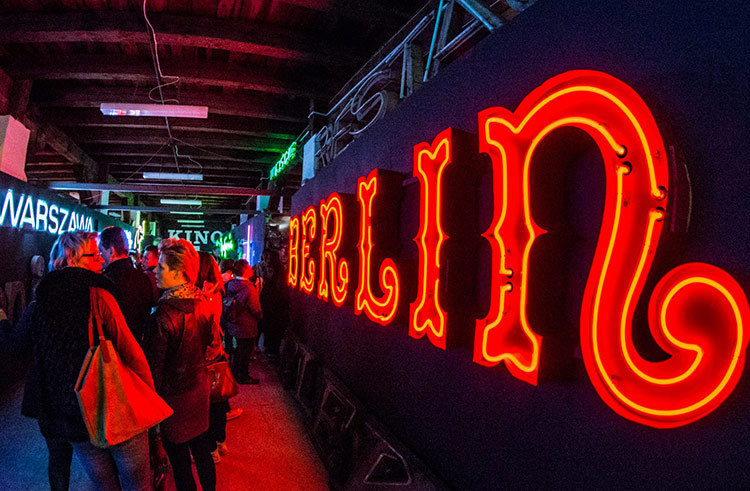 Often supremely creative, these stunning illuminations were to become intrinsic features of Poland’s nightscape for decades, only waning in favor after the political transformation of 1989. With raw, untrammeled capitalism the order of the day, they were seen as unfashionable reminders of a bygone time and phased out by billboards and other blunter forms of advertising – that is, at least, until Hill and Karwinska entered the picture.

Inspiring an entirely new wave of fans, many of whom weren’t even alive during Communism, the public clamor generated by the museum set off a chain reaction among independent business owners eager to signpost their establishments with their own signature retro-style neon. An artform that had looked dangerously close to being extinguished was rescued from the brink. 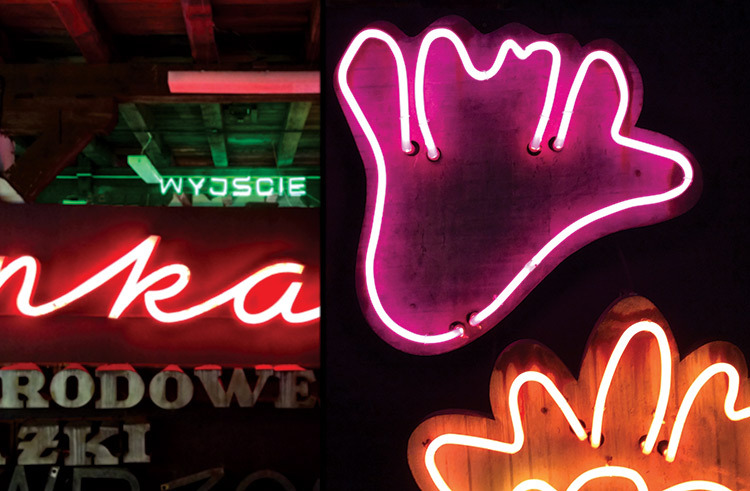 As for the museum itself, that continues to figure prominently on the itineraries of tourists. Drawing approximately five-thousand visitors per month, it’s firmly installed as by far the hippest cultural institution in town, a place in which the past comes alive in a captivating sea of soft, sensual lights. Missing it is impossible.