Years of campaigning have borne fruit after it was announced on Friday that Wilanów will finally be connected to the city center via its... 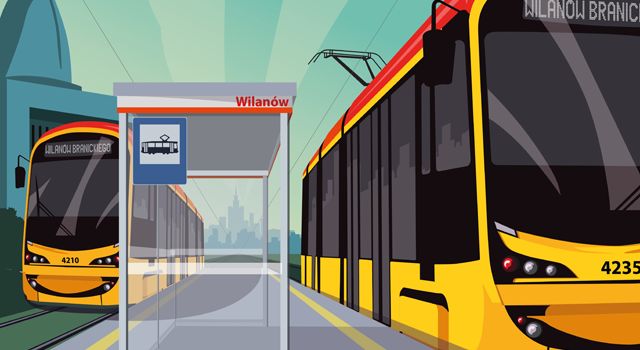 Years of campaigning have borne fruit after it was announced on Friday that Wilanów will finally be connected to the city center via its own tramline.

Though City Hall has already allocated PLN 200 million to the scheme, it was only last week that the contract was signed, thereby affirming the construction of a 7.5 kilometer route running from Branickiego to the center.

With EU funding also expected, the total cost is expected to reach PLN 685 million with the money going towards the creation of 31 new stops. With journey time pegged at 30-minutes, the line will shave 15-minutes off the usual time it currently takes drivers to reach the center during peak rush-hour times.

Set for completion in 2024, the investment will also include the purchase of 50 low-floor trams and the planting of 488 trees.

Making use of green track technology, the development is one of many that stand to be unveiled in the near future. Of the city’s other notable projects, work is underway to link the suburb of Goclaw to the tram network.