Celebrating its 15th year, Night of Museums has grown from a minor event (the first edition saw 16,000 people file through 11 venues) to a mighty juggernaut attracting well in excess of 200,000 people. The previous year saw 234 institutions open there doors to the public, of which 50 were museums. Held on May 19th, this landmark edition is expected to be the biggest to date, with many institutions theming their evening around Poland’s centenary independence celebrations…

What’s On
Keep an eye out for the comprehensive guidebook published by City Hall in the days leading up to NoM. Available in print (47,000 Polish-language copies, 4,000 English-language copies) and online in PDF format (click me!), this essential booklet lists all participating venues and associated events. Its scope is mind-boggling – miss it at your peril. 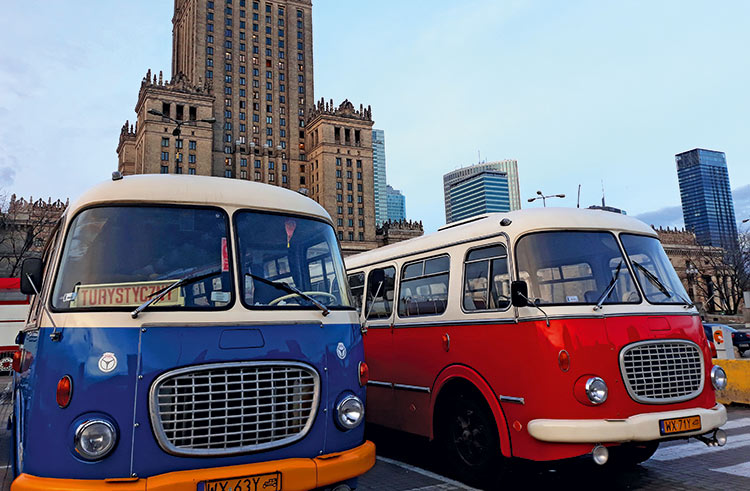 Getting About
As per tradition, the city will be bringing out a fleet of vintage vehicles from retirement and laying on a range of free transport options. Last year, nine new transport lines were created with NoM in mind. Expect historic trams to be rolled-out, as well as antiquated Ikarus and Ogórek buses (so-named on account of their gherkin-style shape). These are expected to run from 6.30 p.m. till 2 a.m.

Strategy
No matter where you go, expect crowds. If you don’t fancy being caught in ever stretching queues then use the opportunity to visit Warsaw’s lesser-known museums – frequently, it’s these unsung gems that prove to be the biggest surprise. Further, use the booklet produced by City Hall to your advantage to check out opening times. If you’re visiting the capital’s star attractions, then you’re often better off saving them till last when the horde has dwindled.

Take Part
It’s widely expected that, for the third year running, culture vultures will be able to take part in a game that will challenge their ‘knowledge, speed and dexterity’. Aside from answering questions and fulfilling various tasks, visitors will be battling against each other to visit as many museums as possible in the allotted time. So far, the record stands at 19 museums in five hours.

Be Prepared
Imagine queueing for an hour only to be told you’re not getting in because you haven’t got ID: well, it happens! A number of the more secretive institutions (among them, the Filtry Waterworks) require visitors to provide photographic ID.