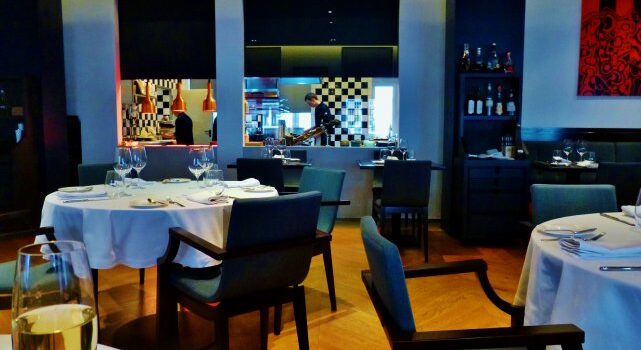 It was back to Nolita for me last week, a place I’ve written about before in glorious, glowing terms. Previously though, I was there for work. This time, I was there not because I had to be, but because I wanted to be. And as I type this, there’s nowhere I’d rather be than back at their address.

Orders are taken and the meal served. After the amuse bouche (forgive me, I can’t remember – quite possibly octopus), arrives the starter: port marinated foie gras bon bon. Presented on a black slate as if it were a precious ruby, there’s something unashamedly snooty about it. And most excellent it is: rich, soft and slow, exactly how foie gras should be. 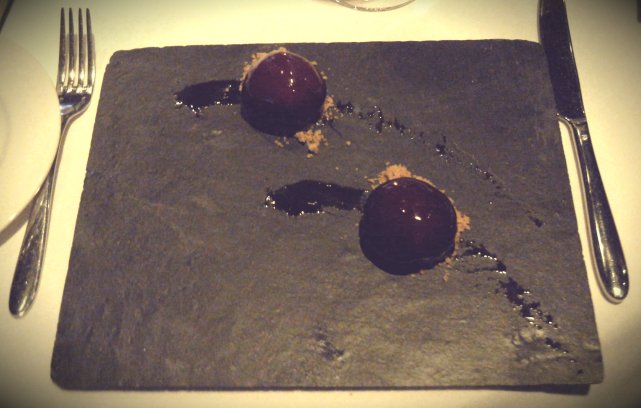 For mains, I’ve kept to what I had last time, the aged beef fillet. This has not pleased Chef Jacek Grochowina and he leaves his station in the kitchen to remonstrate with me – you should try new flavors, new tastes, he insists. Part of me agrees, after all that’s my job, but part of me wants that beef again. I know how good it is. We come to an agreement: my main will come served over two acts – first, the beef, then the veal.

The beef arrives first, and I immediately regret being swayed into accepting a half portion. The meat is a revelation, and backed up by a sauce a’la diable that’s spirited and complex. A long slither of potato, almost translucent in color, breaks like crystal and all but fizzles down the gullet. Magic. 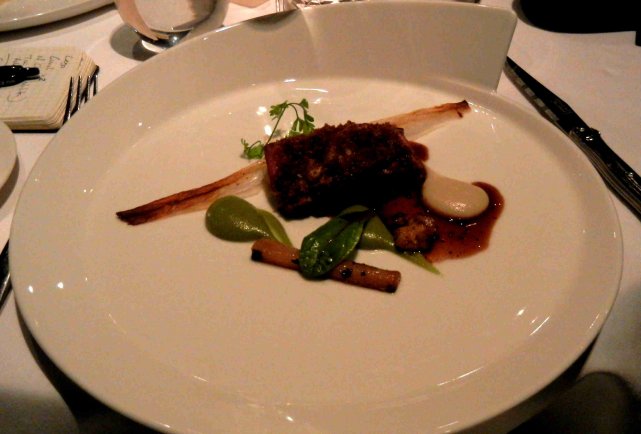 Next is the veal, served alongside morel mushrooms, ravioli and a small side pot of spring cabbage. Oh my God. In between mouthfuls I note the chef spying my reaction and smiling at what he sees. We both know he’s won. I don’t often eat veal in Warsaw, not because of ethical concerns, rather because whenever I do it’s a largely bland affair. But this is a sumptuous main of such rare and subtle tastes that for a moment the earth stops revolving. 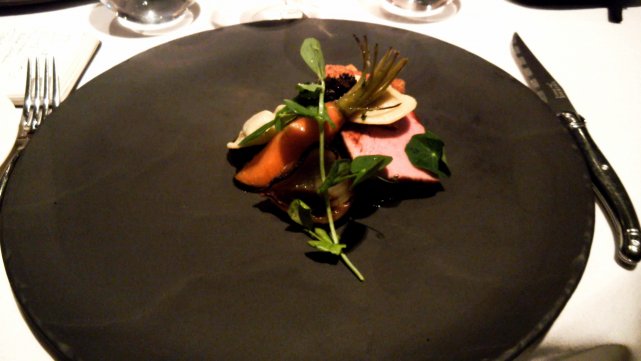 A grinning Grochowina emerges after we’ve finished to check how we found it. Clearly, he knows what’s best, so I leave my choice of dessert directly in his hands. The result is a white chocolate and passion fruit mousse. It’s light and refreshing, and a very real challenger to the dessert of my life – the pumpkin / clove / anise I tried in Atelier Amaro earlier in the year. The three month gap between both these dishes means I’m stuck to choose a winner. I’d like to try them both at the same time in the name of fair testing, but fear that I’d get overly aroused and scare the next table. 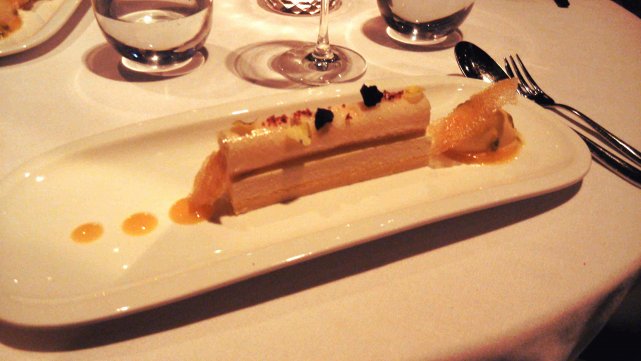 Many people were disappointed that Nolita didn’t earn a star out of this year’s Michelin guide. Myself, I am not. That’s because when they do – and that much is a given – I can sit about and say ‘told you so’. Really, try it.