Costing approximately zł. 160 million, the Bulwary Karskiego development has transformed a northern stretch of the Wisła since launching at the tail end of last summer. Although dogged by construction problems, and delivered well behind schedule, it’s proving worth the wait. 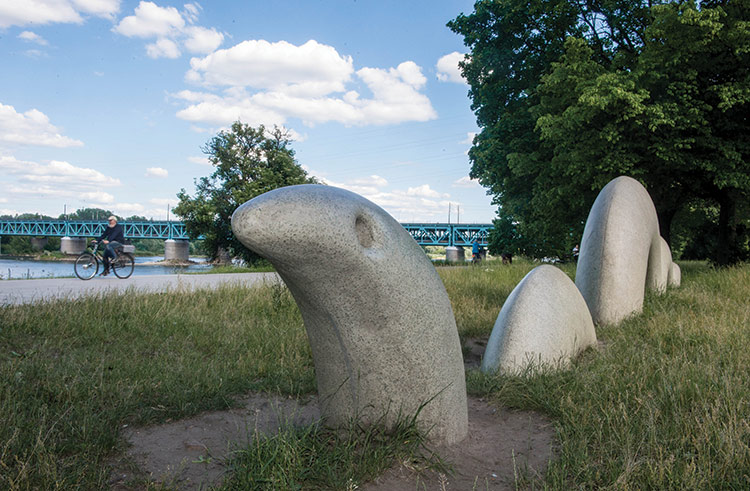 Loch Ness?
So what’s Nessie doing peering from the vegetation? Actually, that’s Ślizg, a mysterious eel-like creature added in 2015 by artist Maurycy Gomulicki. “Eerie yet sensual,” says the artist, “the dynamics of Ślizg are set to the rhythm of the water flowing north… I hope Ślizg will be scaring and seducing pedestrians long after my soul is roaming the Elysian Fields.” 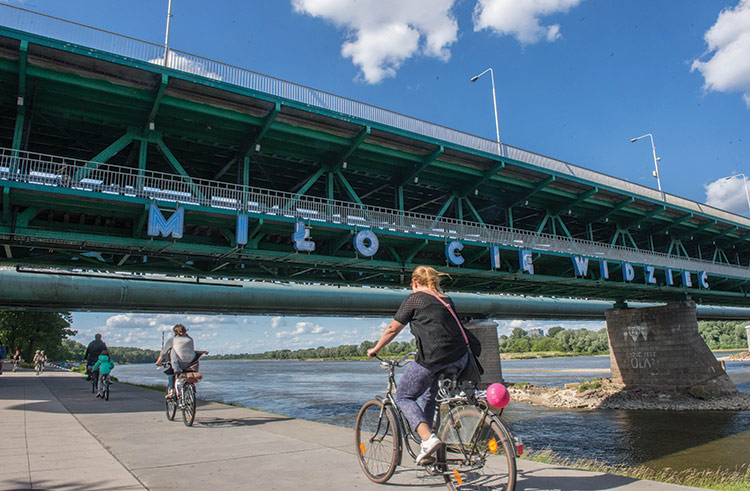 Nice to See You!
First lit in front of a crowd of 100,000 people on June 21, 2014, the neon sign attached to Most Gdański won a competition to ‘find a new neon for Warsaw’. Not without controversy (the original winner was disqualified for ‘buying votes’), the contest was organized by Praga’s Neon Muzeum, with the eventual winner (artist Mariusz Lewczyk) earning praise for his positive message. 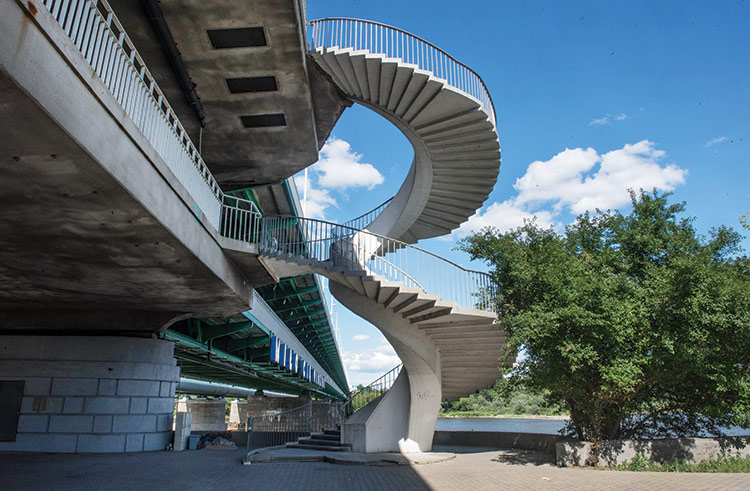 In-spire-ational
Completed in 1959, the two-level Most Gdański is looked upon by critics as one of the unsung engineering triumphs of Warsaw. Largely, that’s thanks to an entrancing spiral staircase that’s become a favored photographic backdrop for ‘Just Married’ couples returning from church.

Taaaaaxi!
Pootle across to the other side of the Wisła by bouncing across the gangplank and boarding a vessel called the Wilga. Running until September, this ‘water tram’ is one of many that criss-cross the river in summer. Find yourself dispatched 600 meters from the zoo. 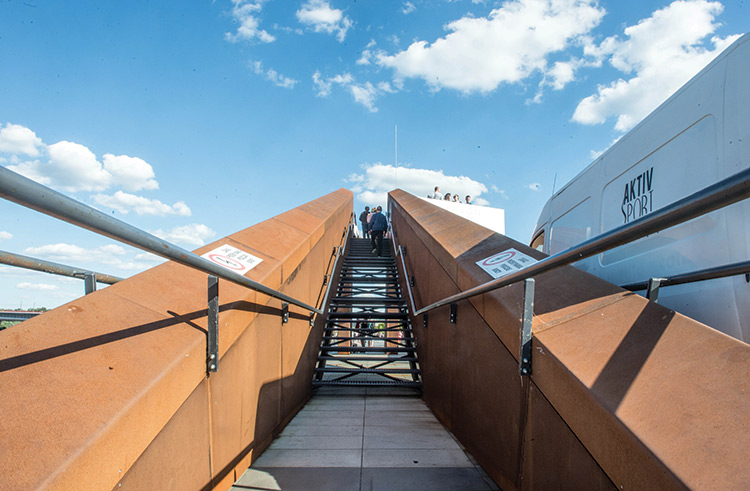 What An Eyeful
Scale to the top of the observation terrace for grandstand views of the Wisła. The shallow staircase makes it an easy ascent that even those who usually wobble with vertigo are able to manage. Photographers hoping to capture the city’s scarlet sunsets flock here come twilight. 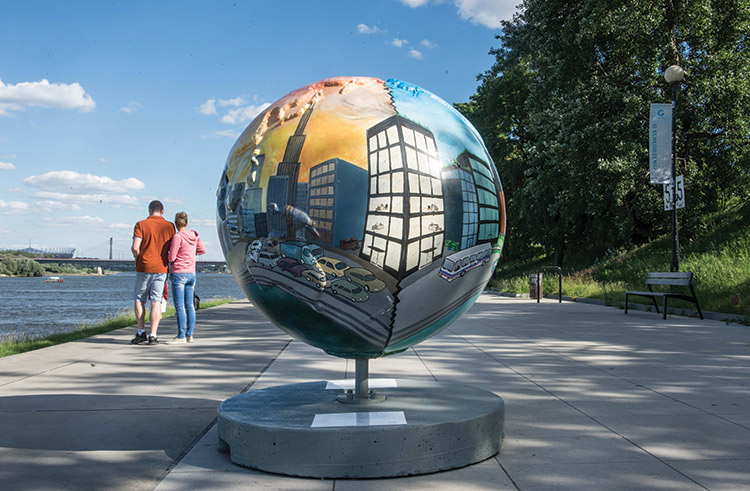 World In Motion
Having already traveled to 17 cities across the world, the Cool Globes exhibit is, say the organizers, ‘public art with a purpose’. On show until September, find 16 colorful globes lining the river bank, each with their own individual environmental message.