The thing I like about L’enfant Terrible is it’s effortless ability to make diners feel comfortable. Chef Michał Bryś has a look that suggests he’s just swaggered back from a rock concert, and that feeling is given extra substance by an interior that looks upscale but casual: plenty of misty gray colors and a soundtrack of manly guitar sounds. But this is a maverick retort to Warsaw’s more snooty fine dining establishments in more ways than one. 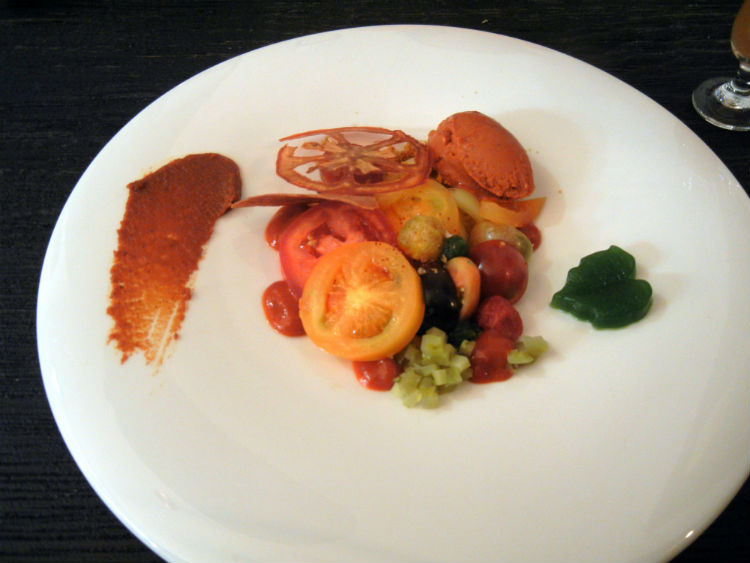 Designed by Bryś, the menu is an evolving affair high on flair and experimentation. For all that, it’s always great to see old favorites reprised every now and again like, for instance, ‘tomatoes, tomatoes’, an immense starter that’s stunning in originality. It’s here you’ll find the humble tomato re-imagined in a variety of forms: i.e. in gels, emulsions, and an assortment of fascinating blobs and swirls. Without doubt, this is one of the most interesting starters you’ll find in Warsaw. 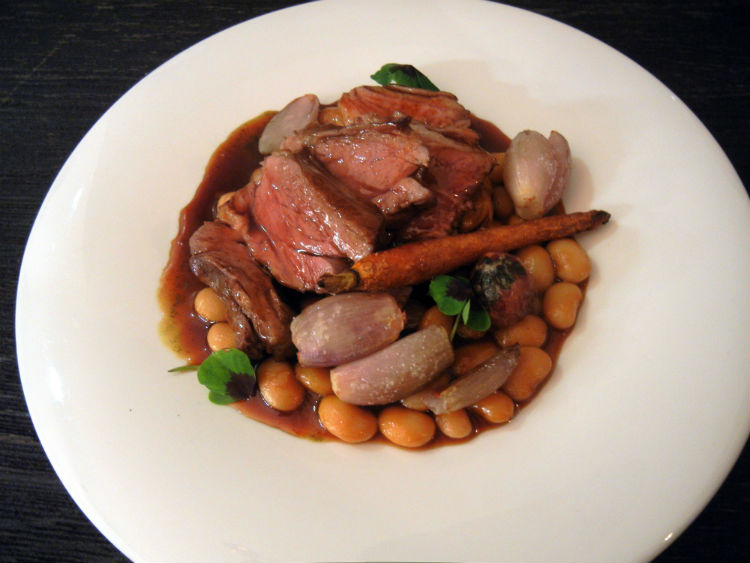 Mains are equally accomplished, and on this visit include lamb with ‘piękny jaś’ beans, carrots in honey and roasted shallots. It’s a great mix of tastes that feels pleasingly warm on a dour Autumn day. 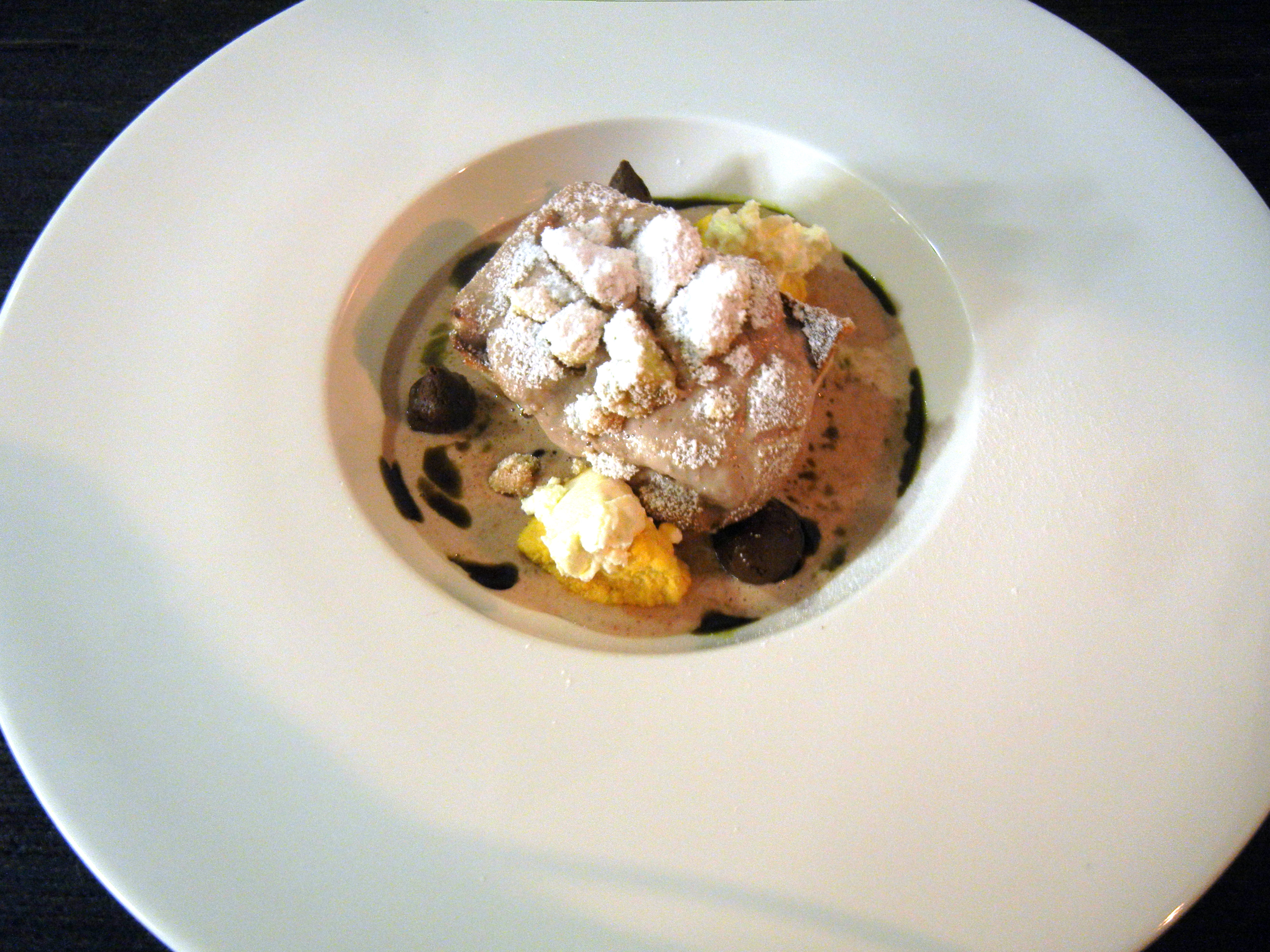 Dessert is ‘goats & roses’, and presents together goats cheese, rose petal, pumpkin semifreddo and walnut cream. A very decent finish, though perhaps lacking a little of the magic of the preceding courses. Much hyped, Enfant remains one of Warsaw’s leading restaurants, yet with three courses falling below the zł. 200 mark, it’s also one of the better deals to be found in the upmarket bracket.