Opened four years back Winosfera have, over the course of time, become a firm Chłodna fixture – the kind of place that makes the street feel a little more complete. More than ‘just another wine bar’, it’s a place that’s encapsulated the street’s newly-found swagger.

The Place: as beautiful as always and the definition of neo-industrial chic. Looking cool and urban yet never too severe, there’s enough little nooks to keep it intimate – the enclosed side terrace is a case in point. 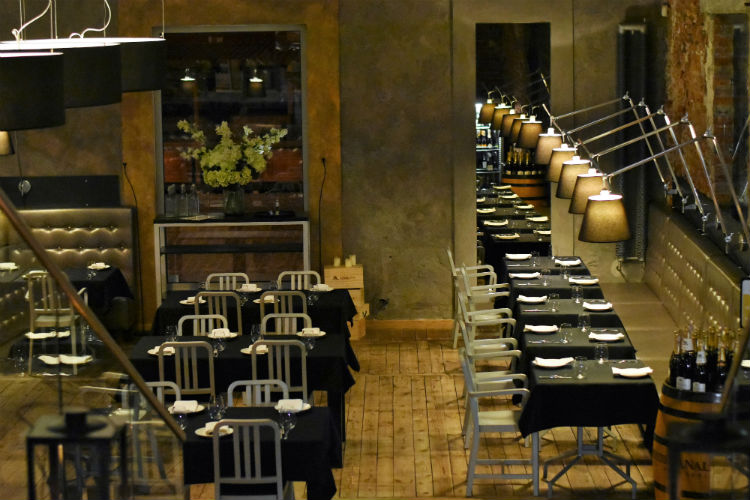 The Staff: in the past, solemn and disinterested service has been a problem – we’ve experienced such not once, but several times. Now, it’s improved beyond belief – our waiter didn’t put a foot wrong all evening.

The Chef: remains Jakub Adamczyk, a bright talent who has worked under Phil Howard of The Square. While modern and creative, his menu remains logical and understandable – there are moments of flash fancy, but nothing too crazy. 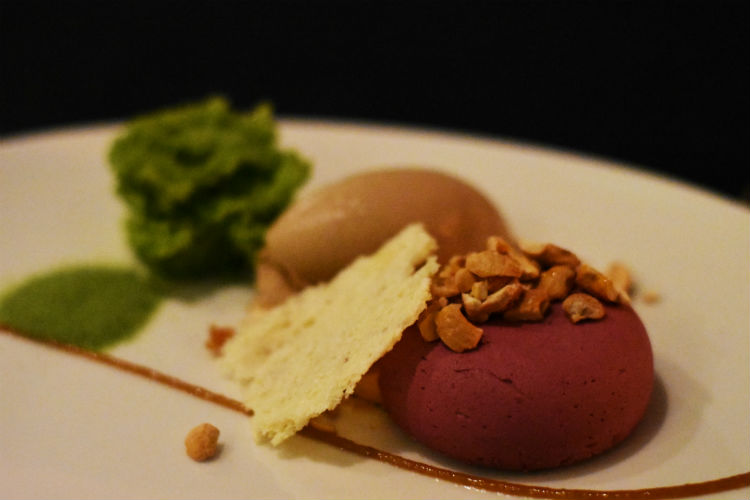 The Food: a massive cock-up with my camera settings means you won’t see my main – aged beef fillet with salsify, Jerusalem artichokes and port sauce. Instead, you’ll have to take my word for it when I say it’s flawless: a dish high on big flavors. For dessert, chokeberry mousse, Earl Grey ice cream, bergamote kale and tonka bean: it’s a brilliant mix of textures and temperatures.

The Prices: Winsofera is not cheap. The main, for instance, is just under zł. 100, a price that puts it into the same band as Warsaw’s fine dining restaurants. Is it worth it? Certainly.

Overall: a good, solid performer, this restaurant remains as relevant as when it first opened.