city center998 japanese50 sushi34 vegan58 vegetarian42
When Youmiko opened their Warsaw op in February, 2016, it was to widespread acclaim. Everyone – no exception – loved it. Thing is, this...

When Youmiko opened their Warsaw op in February, 2016, it was to widespread acclaim. Everyone – no exception – loved it. Thing is, this is Warsaw: it doesn’t take long for restaurants to get comfortable and sit on their laurels. But it’s not what you do in the first year that’s important, it’s what you do after. With this in mind, have Youmiko passed this anniversary test? In a word, yes. But ‘yes’ doesn’t really do justice to the standard they’ve attained. This isn’t just the best vegan sushi you’ll find in the city, it does a good job of out-gunning practically all the other ‘proper’ sushi stops in the process. 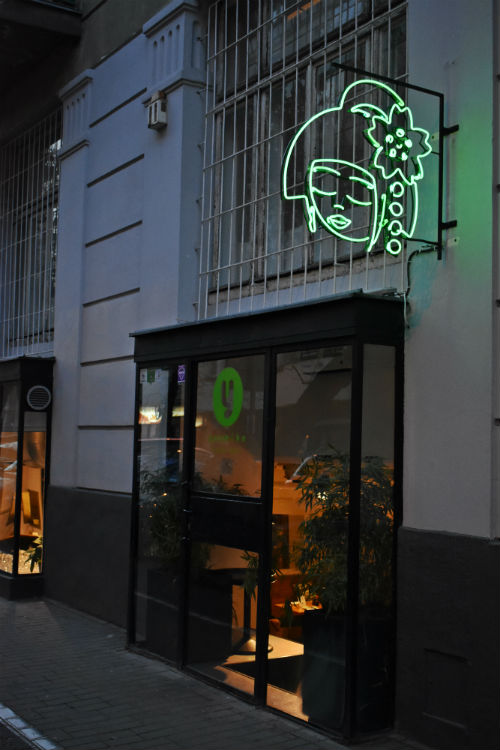 Signposted by an emerald-colored, retro-style neon, duck down the stairs to find a bright space with something of an ‘urban guerilla’ feel: cool sounds at the right volume (on our visit, a mix of Pulp, Oasis and other Britpop throwbacks!), a comfortable interior and a crowd that’s on-trend but not up its own ar*e. It’s a place to sit back and savor. 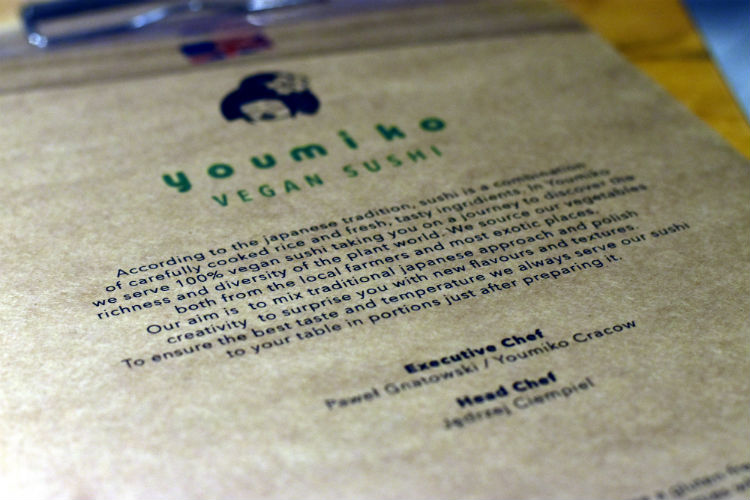 The menu, meanwhile, makes a big deal of buzzwords like ‘fresh’ and ‘local’. “Our aim,” announces their manifesto, “is to mix traditional Japanese approaches with Polish creativity and surprise you with new textures and flavors.” And yep, basically you will be surprised – with the menu completely dependent on whatever the chef has picked up down the market, you’re left entirely in the hands of fate with regards to what you’ll find served. 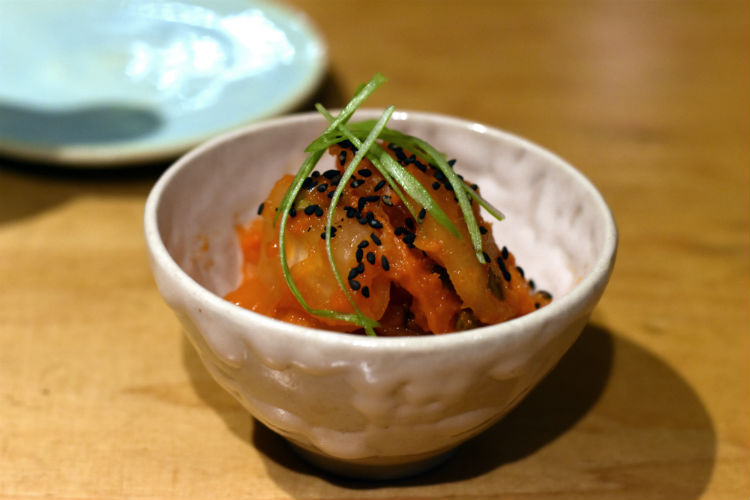 For starters, mark-up the Kimchi as a definite must – faultless. 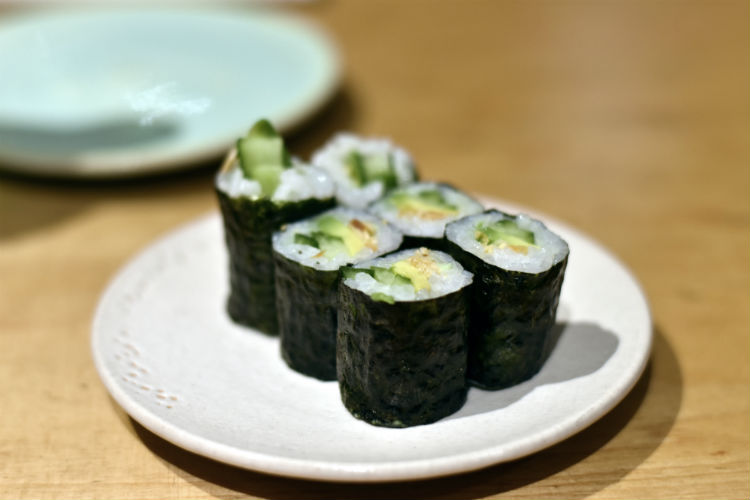 Mains, and I order the Okimari meal for one which involves six hosomaki rolls with cucumber, avocado and roast almonds. 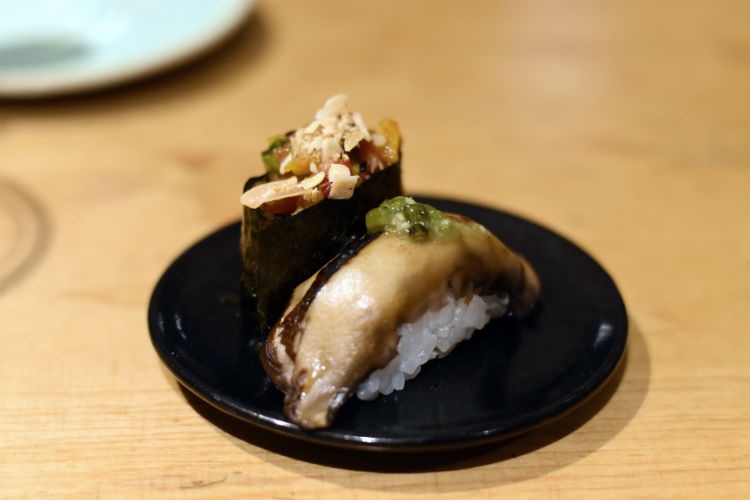 Then, a gunkan of paprika and roasted almonds and a portobello mushroom nigiri – I know my picture looks like an anemic slug, but do believe me, it tastes rather quite grand. 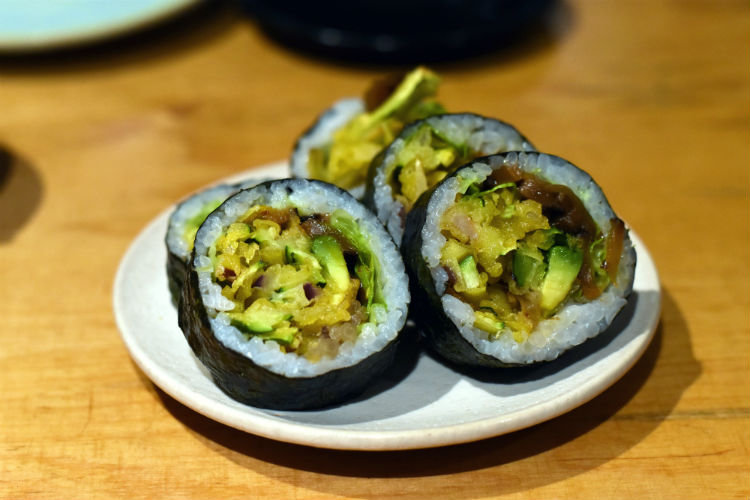 Finally, five futomaki that are so magnificent I lose my head and forget what they’re composed of: I think okra tempura and cucumber, but I might be wrong. Either way, its success is resounding and a fitting finale to a thrilling meal.