Nasielsk1 out of town11 travel46

Sausages, skateboards, specters and sunsets: the Insider goes off-grid in search of adventure at Farma Krzyczki…

The thing about telling a lie is that it’ll always return to haunt you; that’s why today I’m on an electric skateboard hurtling headlong towards a line of trees. You see not long back, I’m not sure why, I was boasting to the photographer that I had once been a skateboarding champion. I figured he’d never find out the truth. How was I to guess that a few weeks later it would be one of the activities available at Farma Krzyczki. “Go on then,” he challenges, “let’s see your tricks.” The rest is history. As are a couple of trees.

A little less than 60 kilometers north of Warsaw, just outside the town of Nasielsk, sits Krzyczki. By car you’ll make it in an hour, though it’s an equally simple trip by train. The one nasty bombshell is the taxi journey from the station to the farm: it’s not so much the deathtrap car – which has, no lies this time, been patched up with duct tape and elastic bands – but the fee. A five kilometer journey sees us wave goodbye both to a 50 złoty note and a very happy driver. “Don’t drink it all at once,” we shout as he roars away trailing sparks and smoke. 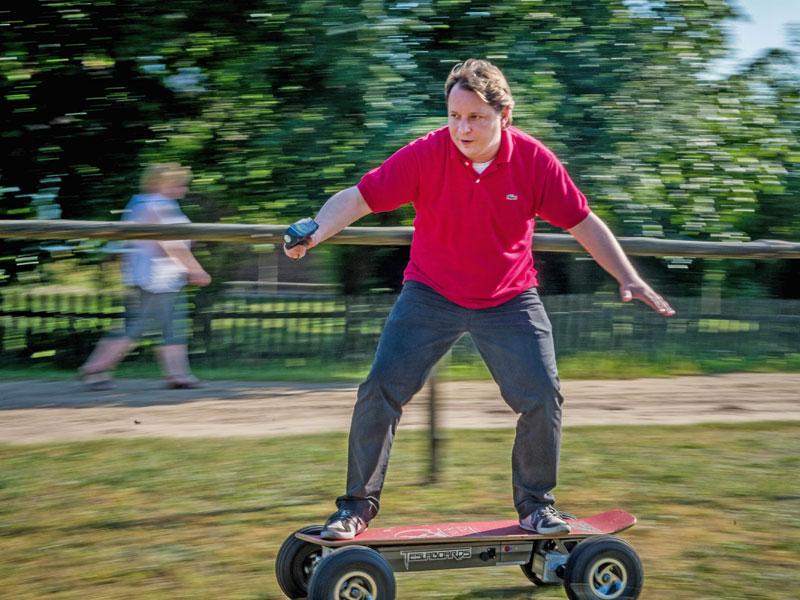 If we’re momentarily deflated our spirits soar once we study our surrounds. On the web Farma Krzyczki looks impressive enough. In reality it’s so much more. Covering 17 hectares of rolling greenery it’s a Garden of Eden for outdoorsy types. We recruit Olek, the events manager, to show us around, and this he does with relish. The place is big on adrenaline pumping activities – off-road racing, quad biking and kayaking – but having already assessed my skateboard skills we agree it is best that I stick to the gentler pastimes.

This includes Disc Golf, a game that Olek assures me is massive in the States. “They’ve got 3,000 courses out there,” he tells us, “but you’ll find only three in Poland.” In spite of the slightly grand name, it transpires that Disc Golf essentially involves traversing a circuit while chucking a Frisbee into a net. Not only is it a fantastic hoot, it turns out to be a first rate way to explore the complex. 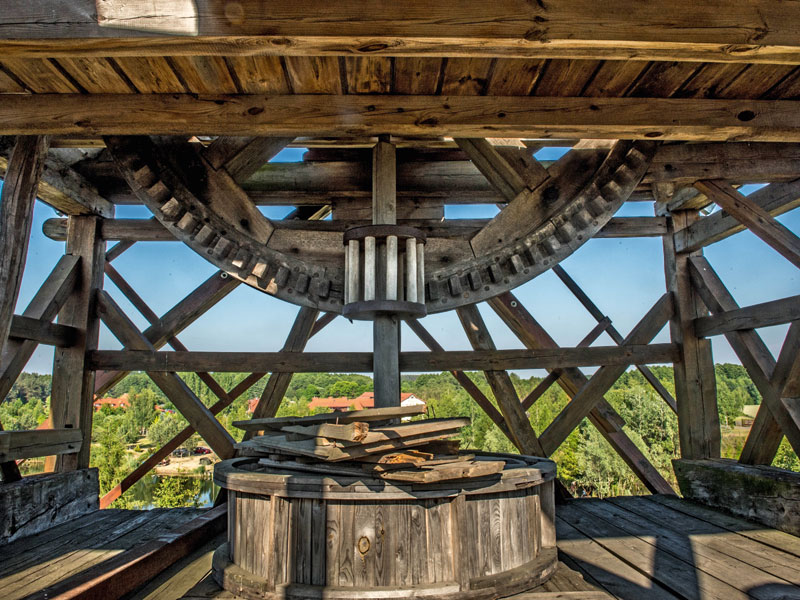 And how stunning it is. Along our way we pass a deserted sandy cove, a Hansel & Gretel cabin (“sleeps 14 people,” grins Olek, “great for parties!”), and a wooden water mill perched on a hill. From the top of it a zip-line plunges all the way down to the bottom of the slope. “No,” I say second guessing what the photographer is about to ask, “I’m not going to have a go on it.” I prefer to keep my feet on the ground, and besides, I’m happy enough with the vantage point I have: as the lake below us shimmers in the scorching afternoon sun, fishermen cast their lines from rickety wooden jetties. It’s tempting to set up an easel and paint the scene.

Completing a full circle of the lake we terminate the tour at the ‘mini zoo’ where lots of animals that would make a good dinner parade around their paddocks. We might have opted for the less arduous pursuits but by this stage I’m already a picture of exertion and greased in a thick, dusty sweat. As we retreat to our lodgings to freshen up I regret traveling light (laptop, toothbrush, pants), but the room has a recharging effect. Despite outward appearances (criss-crossing timber beams and a wooden cart parked in front) the onsite hotel, the Nosselia, is modern and stylish. The temptation with these countryside retreats is to overload them with cottagey extras, and while that’s fine in Provence, in Poland the effect usually looks old and grubby rather than antique and quaint. The Nosselia doesn’t take that risk, and that’s good news. 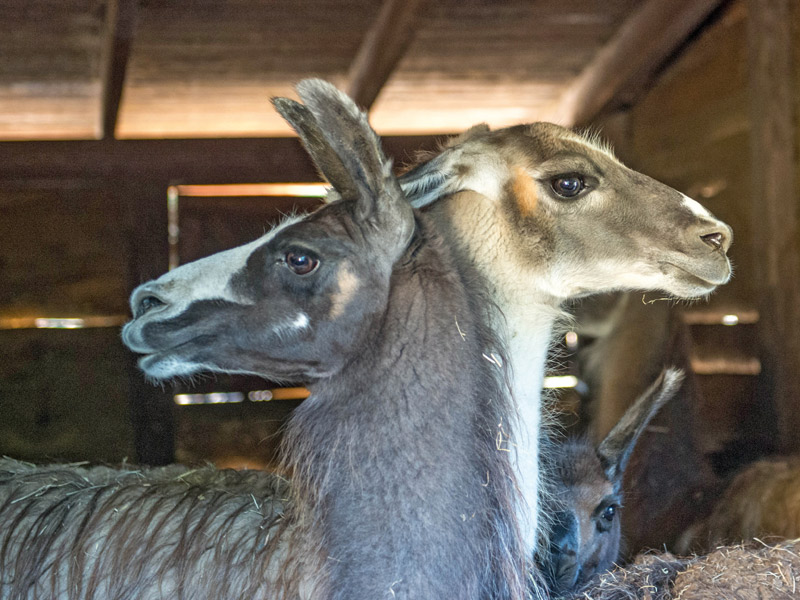 It would be a pleasure to do so but we are not here to dawdle. Googling around ahead of this trip we have discovered a haunted house on the other side of Nasielsk and we’ll be damned if we miss it. However, there is a problem. We’ve asked the receptionist to sort out a cab but she returns with bad news. “There’s one taxi driver in Nasielsk,” she explains, “and he’s already hammered.” We could have guessed.

Situations like this are built for a knight in shining armor so step forward, once more, the events manager Olek. Volunteering for the job he chauffeurs us past a town called Malice and beyond the hamlet of Klukówek to our destination, an abandoned country manor set 100 meters off the road. Wading through thigh-high reeds we make our approach and find an ivy-clad structure that’s all been hollowed out and devoured by nature.

It’s alleged that a prominent Polish journalist made a stop here last year with his family and found himself drawn towards the house. While scrambling over the piles of bricks he was overcome by an overwhelming feeling of doom; despite being in the middle of nowhere his wife felt a strong sense of being watched; the youngest son, meanwhile, became embroiled in an agitated conversation with an older gentleman that no one else could see. Sensibly, they made a bolt for it before things went all Amityville.

We don’t experience any of these phenomena, though we all remark upon the detached, forlorn beauty of this one-time home. Curiously enchanted, we walk around talking in whispers discussing who might have lived here and why it went to ruin. The house poses more questions than answers, but none are forthcoming. As we head back to the car we spot a local but the moment it becomes apparent we want to know more about the house she hurries away, claiming to be busy. 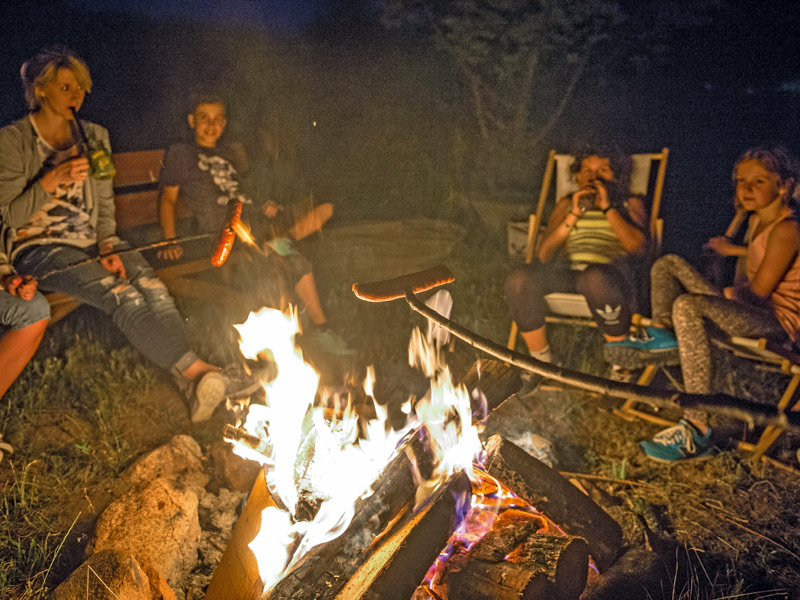 It’s sunset by the time we return, a good time to turn the bar into our base. Tall, tropical cocktails arrive one after the other, and while there’s the option of eating in the restaurant we already know what we’re doing for food: hooking up later with another group of guests we go lakeside where a fire has been prepared. Spearing the chef’s homemade sausages on long, pointy sticks we huddle around it, laughing way into the night. It’s a long evening of smoke, fire, meat and beer. As ghost stories are told across the campfire, a choir of frogs croak in approval; in the distance, the sky flickers with light – an electric storm is dancing its way to Warsaw. Going to bed on a night like this is impossible, so we don’t, choosing instead to see in sunrise. It’s a good choice: inky blackness gives way to a surreal scarlet glow before being traded altogether for a thin violent mist. Everything is perfect…