One Of A Kind: Europejski | Warsaw Insider

One Of A Kind: Europejski

Immediately installed as Poland’s most distinguished hotel, the June launch of the Raffles Europejski Warsaw was the culmination of a meticulous renovation that saw no expense spared. But so much more than just another sumptuous hotel, its inauguration marked the return of an iconic building that has often been at the forefront of the trials and triumphs experienced by Warsaw.

Originally opened in 1857, Henryk’s Marconi’s Neo-Renaissance design for the Europejski was complemented by lavish interior touches by his son, Karol, and his nephew, Ferrante. Impressing from its inception, people traveled from far and wide to enjoy the cooking of Józef Wysakowski, the former chef to Spain’s Queen Isabel, and the hotel was reputed to be among the most elegant in the Tsarist Empire. Refusing to stand still, further improvements were made to coincide with its 50th anniversary; partly goaded by the opening of the Bristol across the road, the upgrade included the introduction of sound-proofed doors, electric elevators and telephone booths. 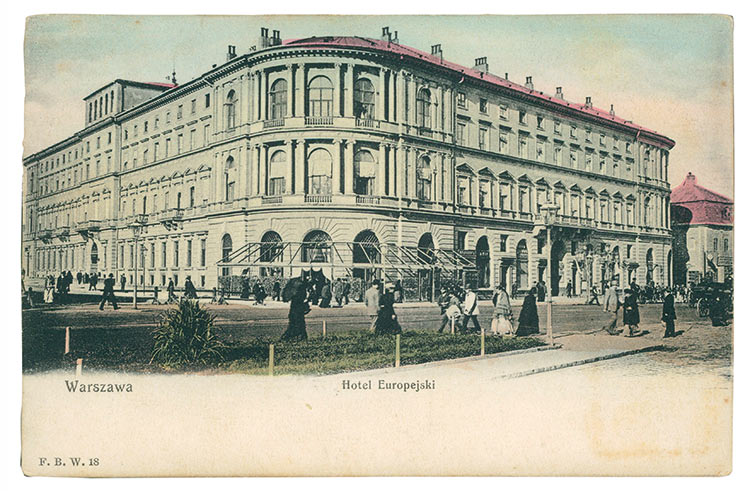 The stars of the day flocked there (among them, the avant garde painter Witkacy and actress Helena Modrzejewska, a.k.a. Poland’s most beautiful woman), and the Europejski’s glittering New Year’s Eve parties found themselves immortalized in print having featured in The Doll, a 19th century classic that has come to be regarded as the greatest literary work in the history of Poland.

Rechristened the Europäisches in 1939, the Nazi occupation saw it designated as Nur für Deutsche and for the following five years its corridors clicked to the jackboots of visiting officers. Heavily damaged during the 1944 Warsaw Uprising, it reopened as a hotel in 1962, a pale shadow of what it once was. Nonetheless, the lack of competition saw it maintain its reputation as the city’s top hotel, and as such the big names continued to check-in.

Of the ‘slebs that lodged at the post-war Europejski, Marlene Dietrich was one of the first with the chanteuse snootily complaining that the lift wasn’t large enough for her four-meter fur – something of a calamitous trip, her visit was to get even worse when a cat strayed onto the stage during her performance at the Palace of Culture, an event that led to the singer promising never to return to Poland. 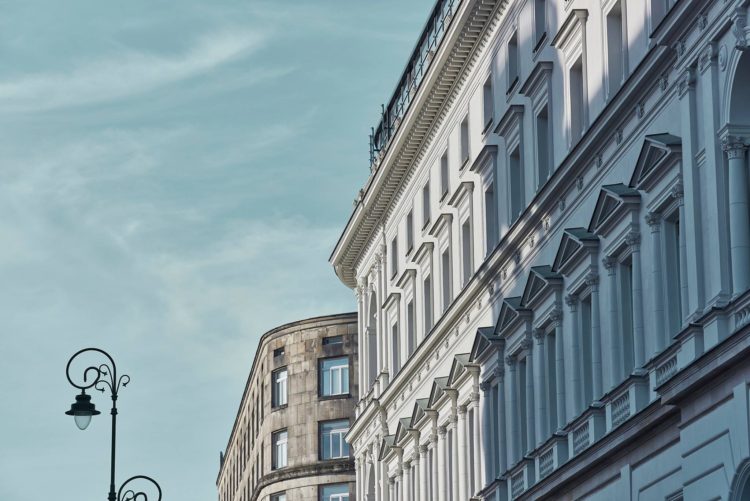 Next came The Rolling Stones, with their landmark gigs prompting riots around town. According to legend, their press conference at the Europejski only went ahead following a last-minute bribe, while other anecdotes claim they finished their first night in Poland drinking vodka alone but for three prostitutes for company in the hotel bar.

Of course, not all high-profile visits were as chaotic, and one of the hotel’s prouder moments came in 1970 when Willy Brandt signed a declaration officially normalizing relations between Poland and Germany. Soon after, the West German Chancellor would send further shockwaves across the world by dropping to his knees in front of the Jewish Uprising Monument in Muranów.

For the Europejski, however, the years that followed brought only gloom, a decline finally halted when a 2005 court ruling returned it to its rightful pre-war owners. Working in tandem with Raffles, the resulting restoration has seen the hotel become a benchmark in luxury and a showcase of the finest Polish art and craftsmanship. At long last, the next chapter in the glorious history of the Europejski is ready to be written.