Memories are made in a trip down to Papu…

Mass hysteria has overcome Warsaw’s chefs – it’s no longer acceptable to just serve good food, you have to build some glitzy fandango around it so that people can tweet a picture. On these grounds there have been some meals I’ve had in the last couple of years that have had more in common with a magic show than a trip to a restaurant. You get the idea that for some chefs, the ultimate accolade lies in being told, ‘gosh, aren’t you bonkers’. Bartek Kędra is not one of these and yet, accidentally for all I know, he’s created a dish that’ll remain in my memory for a rather long time. 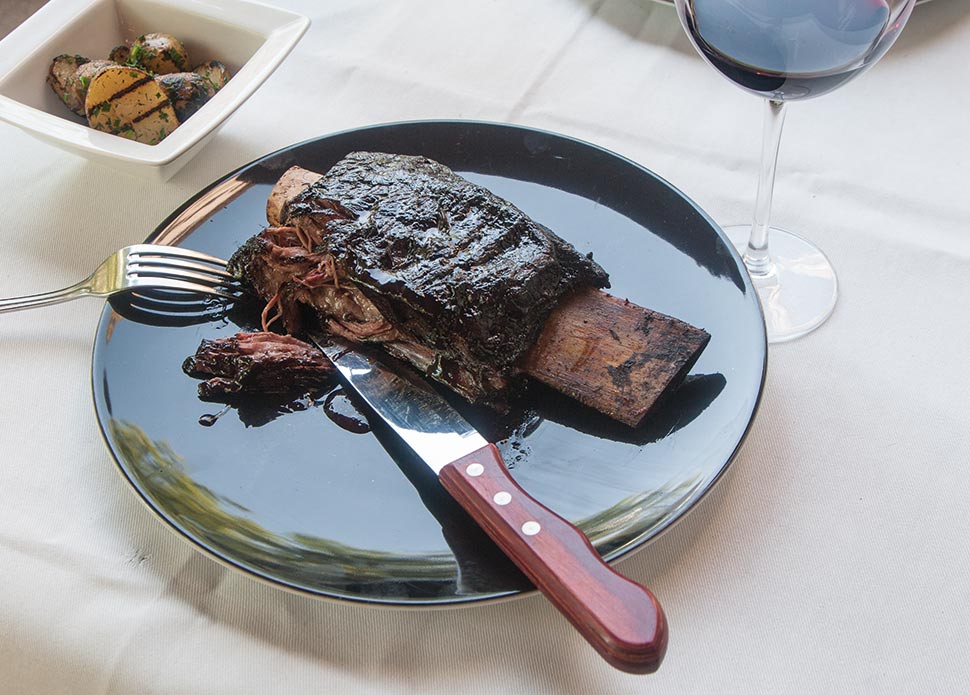 I’m talking about his beef rib. It’s a massive, brutal instrument that could be used to club someone to death. Were you to do so, then eat the evidence straight after: this isn’t to avoid being caught by the cops, but because it’s utterly delicious. Fall-off-the-bone good, this Flintstone monster is a piece of simple, straightforward brilliance. Importantly, it’s a reminder that food doesn’t need fireworks if the fireworks are supplied by the food.

But that is not to say that Kędra’s work is one dimensional. For example, the white asparagus with almond mousse and quail egg is a dish of labored sophistication. Straddling the ideal midpoint between crisp and tender this is a starter that redefines freshness. Then comes pheasant pierogi with thyme sauce. These aren’t the lumpy grey balls you chew on glumly around the Christmas dinner table, but beautiful ravioli cooked in chicken stock to ensure maximum flavor. And oh, and how could I forget the palette cleanser, a sparky fresh basil sorbet with small shards of watermelon. All of these speak of a deft eye for detail, unsurprising considering Kędra’s research trips around Europe’s elite kitchens. 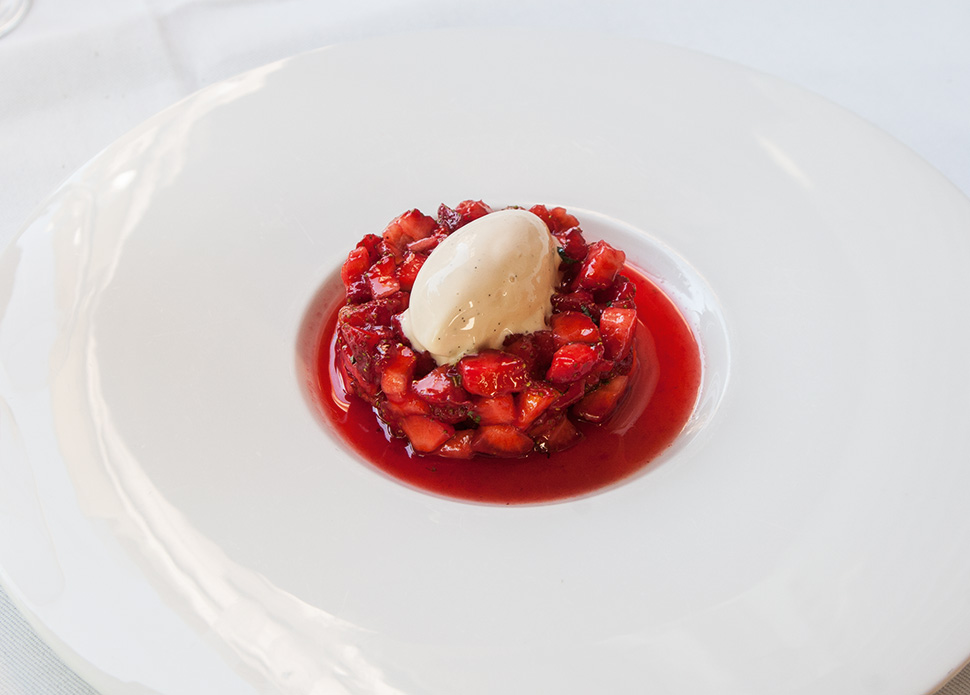 Of course, all great meals end with an even greater dessert, and today that involves a strawberry tartar with homemade vanilla ice cream – it’s enough to make you weak at the knees. Enriching the whole experience further is the knowledge that it’s all been done, from start to finish, with a focus on – to invent a word – an emphatic scoop of ‘Polish-ness’. So I’m told, the onus is on regional produce from family farms, with Kędra’s philosophy mixing old techniques and new technologies with only the finest local ingredients from mom and pop operations. And you can tell by the results. There is modernity and there is creativity, but this never obstructs Kędra’s ultimate aim: to embrace taste over trends.