author's cuisine112 city center998 modern Polish56 tasting menu42
***CLOSED*** When Chris Martin and Gwyneth Paltrow announced their ‘conscious uncoupling’ a few years back most of the world snickered about their daffy choice...

When Chris Martin and Gwyneth Paltrow announced their ‘conscious uncoupling’ a few years back most of the world snickered about their daffy choice of words. In hindsight though, there’s much to like about the phrase, not least its insinuation of free-spirited geniality. In many ways, it’s also directly applicable to the case of Opasły Tom: after several years spent steering the kitchen, Agata Wojda has departed from her spiritual home to pursue private projects. Often cited as Poland’s top female chef, the lyricism of Wojda’s compositions was practically poetic in style. But while losing her has been a blow, Opasły Tom have gathered themselves and bounced straight back. 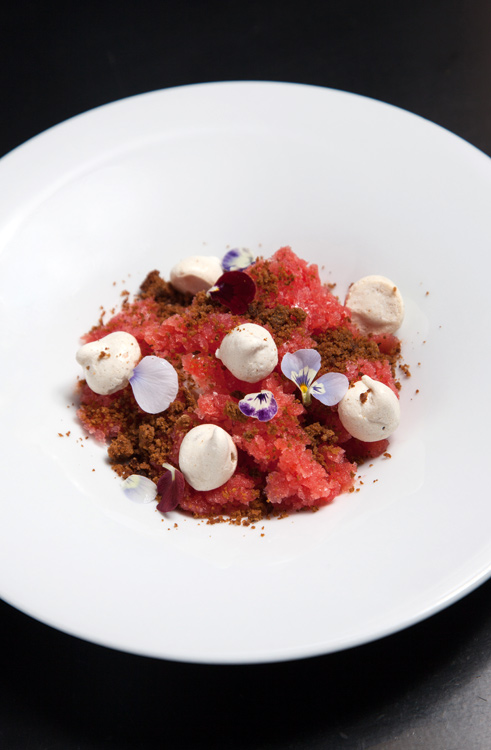 Rather than looking to appoint an immediate successor to Wojda’s crown, the management have instead opted to pursue a ‘pop-up’ style policy of hosting guest chefs. Not only does the concept guarantee a revolving door of fresh ideas and new techniques, it’s an angle that further adds edge and excitement and a sense of the unknown.
First up on the block is Flavia Borawska, and her three-month tenure (concluding at the end of March) has already won rave reviews and admirers aplenty. Having served an internship at Noma, Borawska’s culinary journey has included other global big hitters such as The Clove Club in London and Cibreo in Florence. Clearly, she’s learned well, for her menu is an exhilarating ride that manages to peak and then peak some more: it’s been a stunning Polish debut for this upcoming chef.