Warsaw’s sensational Polin Museum has already made an international impact since opening in October. The Insider finds out more about its story… (Text: Paula Rewald | Photos: Ed Wight)


Stunning, transformative, enlightening, entertaining – Polin, the Museum of the History of Polish Jews, which formally opened its permanent exhibition in late October 2014, is a world of superlatives. But one thing is certain: this is not your typical historical museum. In fact, it’s probably unlike anything you’ve seen before.

Polin is Warsaw’s newest cultural institution, planted on the footprint of the former World War II Judenrat headquarters, facing the Ghetto Heroes Monument in Muranów. A grim reminder of the past? Or is Polin like a rising phoenix, a symbolic rebirth which incorporates the past and looks upwards and onwards? 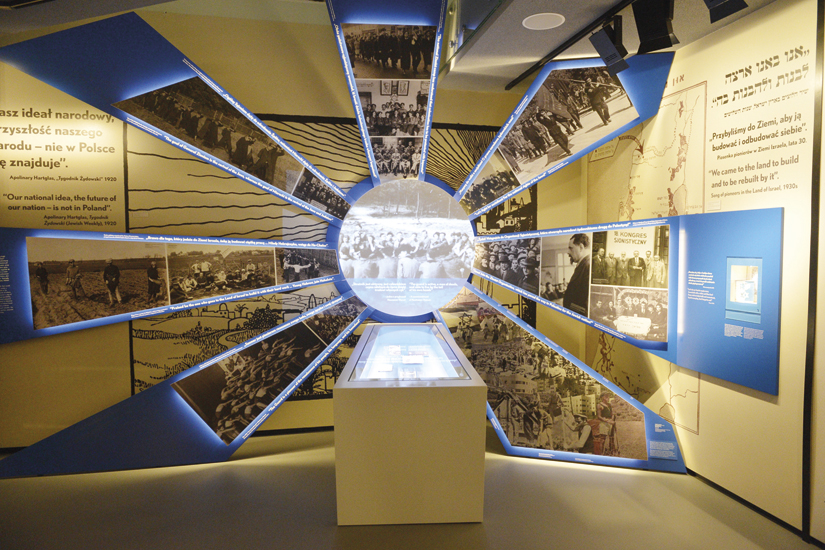 The opening week certainly broke records in Poland. Polin had 15,000 visitors in the first three days it was open to the public, burgeoning to 40,000 over the first three weeks. Over 2,000 dignitaries, VIPs, donors and honorees, local and international, attended the official opening. Over 600 journalists worldwide reported 4,000 stories on this single event. Sharing the limelight with Polish President Bronisław Komorowski was Israel’s newly elected President Reuven Rivlin, making his first official trip abroad and thus earning special attention from the Israeli press corps.

Why the excitement? Polin is a big idea, long in the making and with an almost fairytale quality about its creation. In 1993, following the opening of the Washington D.C. Holocaust Memorial Museum, the Association of the Jewish Historical Institute, which held the largest collection of Judaica in Poland, decided it was time for a new approach. The Holocaust, horrific in all possible meanings of the word, nevertheless represented only five years of a 1,000 year relationship between the Polish and Jewish nations. The historiographical emphasis on the Holocaust, with over 100 museums and memorials around the world devoted to it, was blotting out the preceding nine centuries of a sometimes turbulent but more often mutually beneficial, respectful coexistence. The only remedy was a museum of life.

The core (permanent) exhibit, located in the basement of the museum, consists of a seven gallery multi-media narrative presentation, a successful design model used in the Washington D.C. museum. The exhibition production team leader, Professor Barbara Kirshenblatt-Gimblett, calls it “a theater of history in seven acts.” It begins with a prologue of poetry, as visitors enter a forest scene the founding legend of Polin – which means ‘rest here’ in Hebrew – is explained. 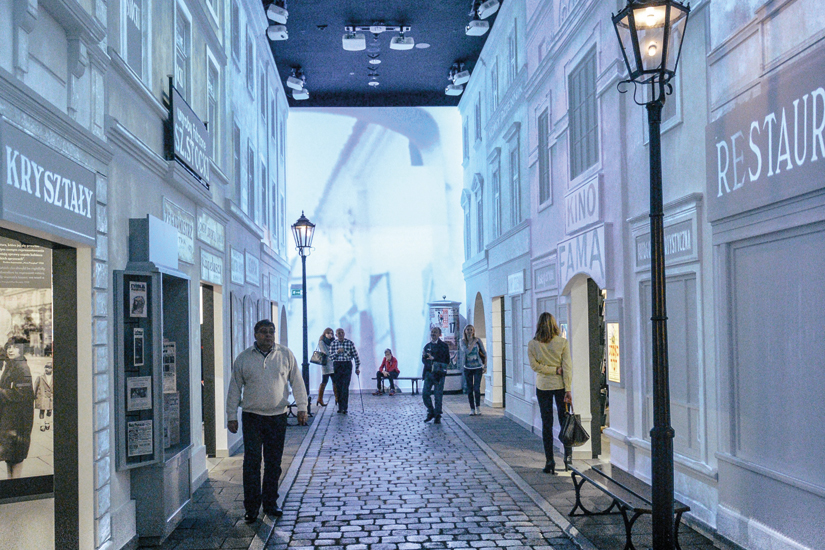 To make up for a scant historical record, the exhibit continues in a chronological thematic pattern with a digital narration built on the 80,000 distinct documented objects the Association collected from around the planet ,as well as its personal collection. The galleries proceed through times of kings, mistresses and traders, when 80% of all Jews worldwide lived in Poland to pre-war times when Poland’s Jewish population was 3,500,000. Some 90% would be murdered by Nazi Germans, with most of the survivors moving abroad. The exhibit ends with many thoughtful and contentious questions, but it leaves the visitor to imagine the end to the real story of this post-communist rebirth of interest in Polish-Jewish relations.

Polin is far more than a historical collection. While its primary mission is its core exhibit, its other aspects are just as fascinating and accessible. Exhibition space actually takes up far less than 50% of the building. Walking into the museum is reminiscent of entering a city hall or a community center. There is no entrance fee for the building (only for the exhibit halls) and everyone is welcome. Marvel at the undulating fracture that splits the square building, suggesting the parting of the Red Sea when the Jews fled Egypt. Grab a seat under architect Rainer Mahlamäki’s wall of windows facing west – so important, he said lyrically, to bring “a natural radiance to brighten the surroundings and bring out new tones from the dim background.” Browse the extensive museum shop, eat at the restaurant or lose yourself in an afternoon of research in the Resource Center looking through their multi-media collection of maps, books and genealogical catalogues with the assistance of a dedicated librarian.

Four classrooms on the upper level can accommodate up to 300 students, young and old, for a myriad of subjects ranging from supplemental classes complementing the national curriculum for school children to Hebrew lessons for adults. Culture is not only transmitted visually, and so Polin offers a robust schedule of (mostly free) events in its acoustically superior auditorium with its shrouded walls of copper mesh and 480 steeply inclined seats. Films, plays, music from classical to modern fill the repertoire. Sinfonia Varsovia, celebrating 30 years and now under the artistic direction of Krzysztof Penderecki, frequently performs there.

The creative dynamics of the museum is a litany of best practices. The Association put together a team of maximum diversity: Jews and gentiles, the self-proclaimed non-religious and believers, internationals and natives, very old (80’s and 90’s) and very young, and many pro bono professionals. Contrary to standard museum practice, the interior and core exhibit were planned first, and the structure built around it. This caused much grief during the architectural competition, when 250 projects from 30 countries were presented despite the unusual specifications and numerous restrictions, but may have been responsible for the choice of a lesser-known (and ‘out of the box’) talent.

The creation of the first-ever Polish public-private cultural partnership with the city, country and the Association joined economic forces giving Polin the gravitas it needed to convince donors to contribute millions. The community surrounding the greenfield site was also wooed. With the museum destined to radically alter their living space, their active participation was an acknowledged pre-requisite. An ohel (Hebrew for tent) was erected adjacent to the construction site and the community invited for activities and meetings. A special community opening of the core exhibit, by invitation only, occurred ten days prior to the VIP opening.

The Museum on Wheels, a two-container, prefabricated module that travels around the country on a truck, is taking the message of the museum out to the villages. In the New Year, expect to see a cafe/club opening on the north face of the museum for evening entertainment and a secondary contact point, the Menorah, on Pl. Grzybowski with a culinary shop and bagels. There is no stopping this re-birth(day) party. 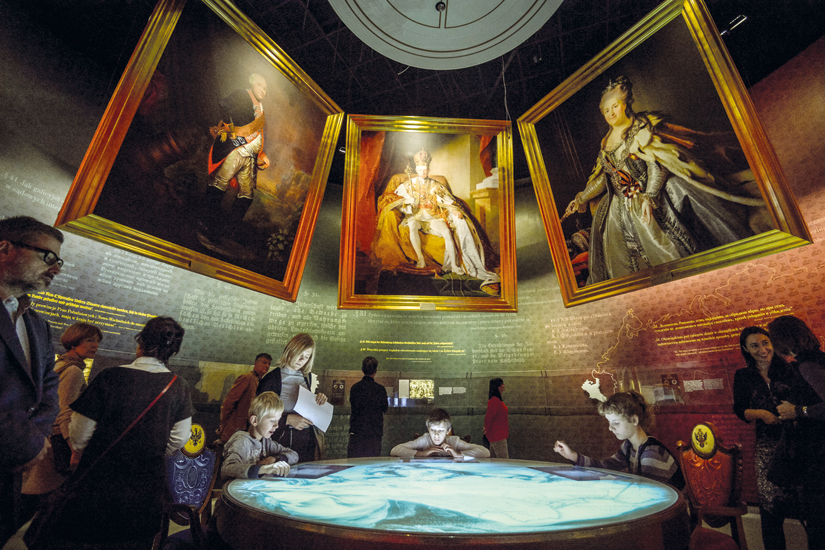