Five years back Polish off-licenses were a depressing experience. In fact, most still are. No matter what clever ad campaigns the bods at Warka and Żywiec come up with, there’s no hiding the fact that the final result tastes like a tramp’s pee. So to find most bottle shops stocked exclusively with such super brands is suicide stuff. Welcome, therefore, to Piwomaniak, a fab offy whose specialty is artisan beers – if it’s weird, it’s in. 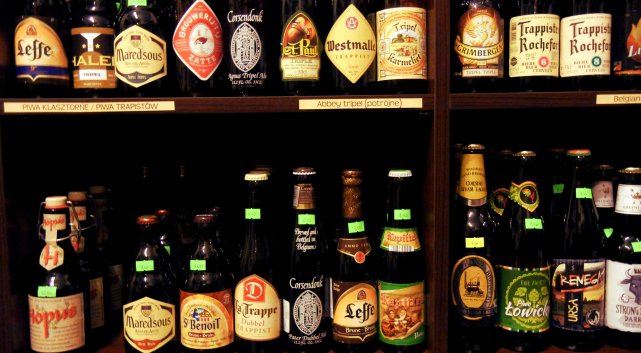 Found in an anonymous stretch of Muranów, the first thing to surprise you about Maniak is its size – it’s smaller than your bathroom. Small it might be, but it’s also stacked with some of the best beers in the world: while the offer is largely Polish, Belgium is well represented, as are beers from Poland’s borderlands. There’s even a good smattering of UK beverages: Rocking Rudolph, Crabbies ginger beer, Whitstable Ale, Yardbird, etc.

That you’ll recognize but a clutch of labels matters not. In fact, part of the fun lies in bagging up an array of alien lagers, before waddling home with bags clinking for a night of serious sofa drinking. Which in my case means Ciechan Grand Prix (my personal Beer of the Year thus far), Pink Killer, Lenin Marcowe, Olbract, Bojan and a lavender beer from Browar Kopernikowski. And with a curry due to arrive at my door any moment now, this could be a pretty good night. Cheers! 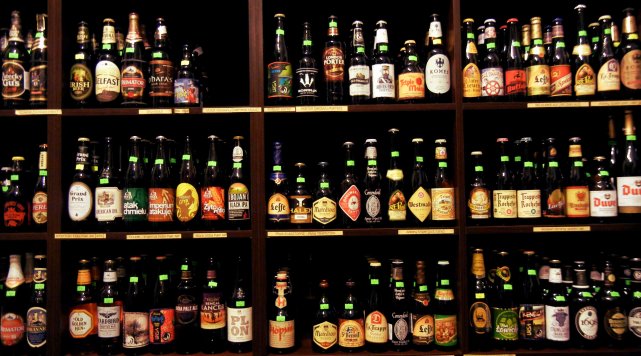