mural11 praga113 wall art6
Known for his surreal, dreamy depictions of urban landscapes, Brzozowski’s portfolio is not short of fantastical magic. But while it is his watercolors that...

Adding to his expanding portfolio of outdoor murals, artist Tytus Brzozowski has wowed Warsaw again, this time with a stunning mural that stands watch over Praga’s ul. Kijowska.

Known for his surreal, dreamy depictions of urban landscapes, Brzozowski’s portfolio is not short of fantastical magic. But while it is his watercolors that first sent his work viral, the artist has increasingly found his glorious pictures given the supersize me treatment. 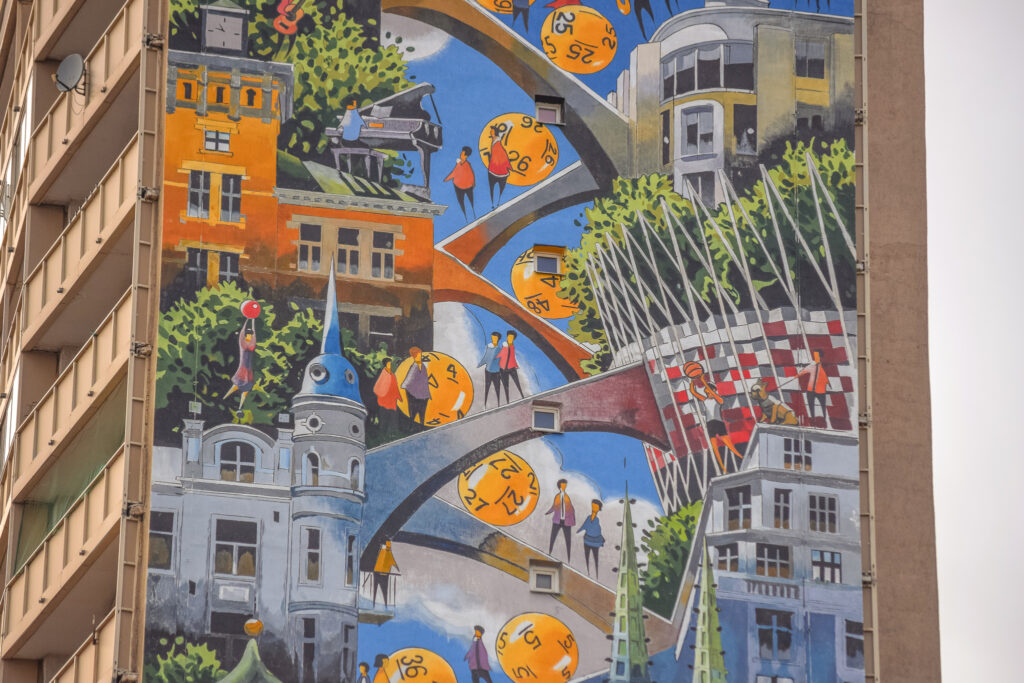 As such, the last few years have seen a rash of large format murals, among them a project celebrating Poland’s centenary of independence as well as a more recent one that pays tribute to the city’s pre-war Jewish community. 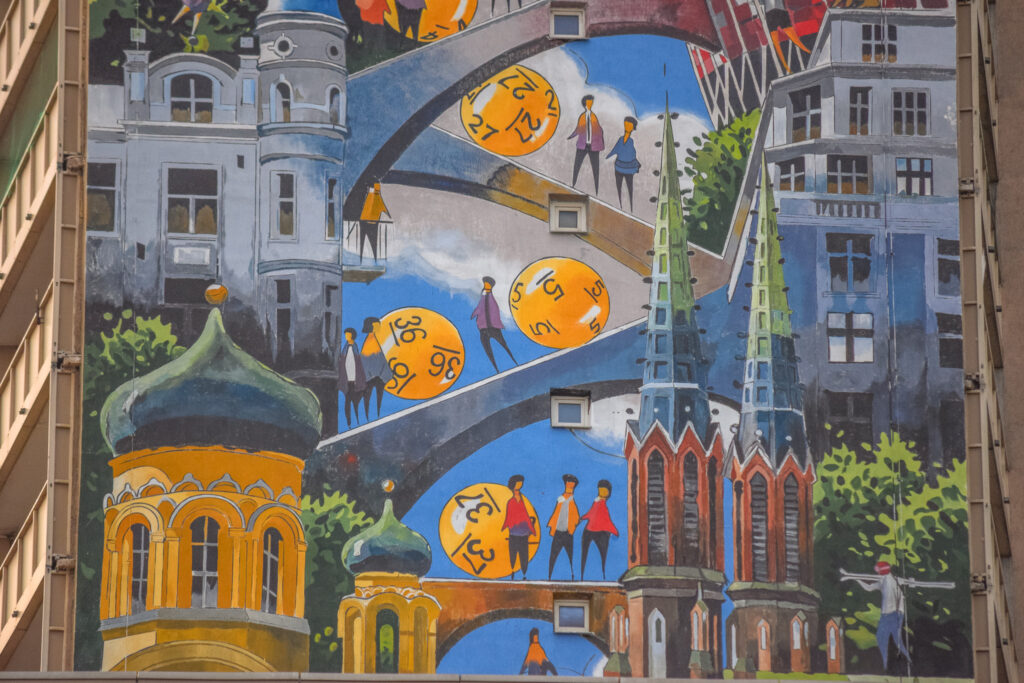 “The murals aren’t my main focus,” he has previously said, “but they do work together with my other art. The more people that become familiar with my work as a painter, the more people want a mural by me. On the other hand, the more murals I produce, the stronger my artistic trademark becomes.” 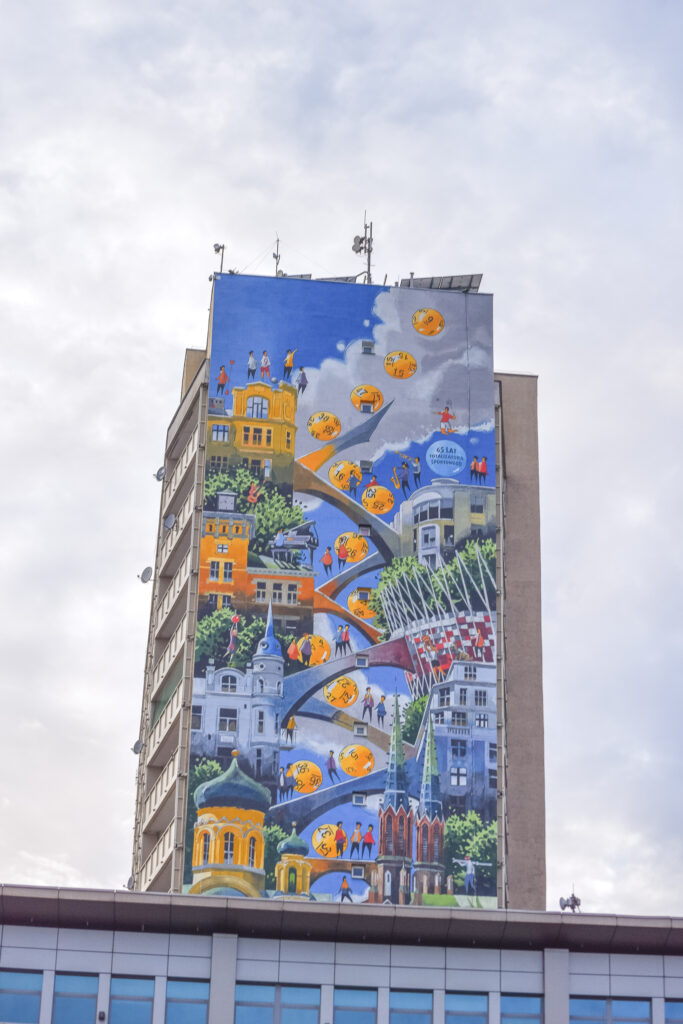 Striking in its detail, the latest one features a medley of Praga landmarks, among them the National Stadium, the Cathedral and the onion-domed Orthodox church, not to mention a few surrealist elements such as tumbling lotto balls. 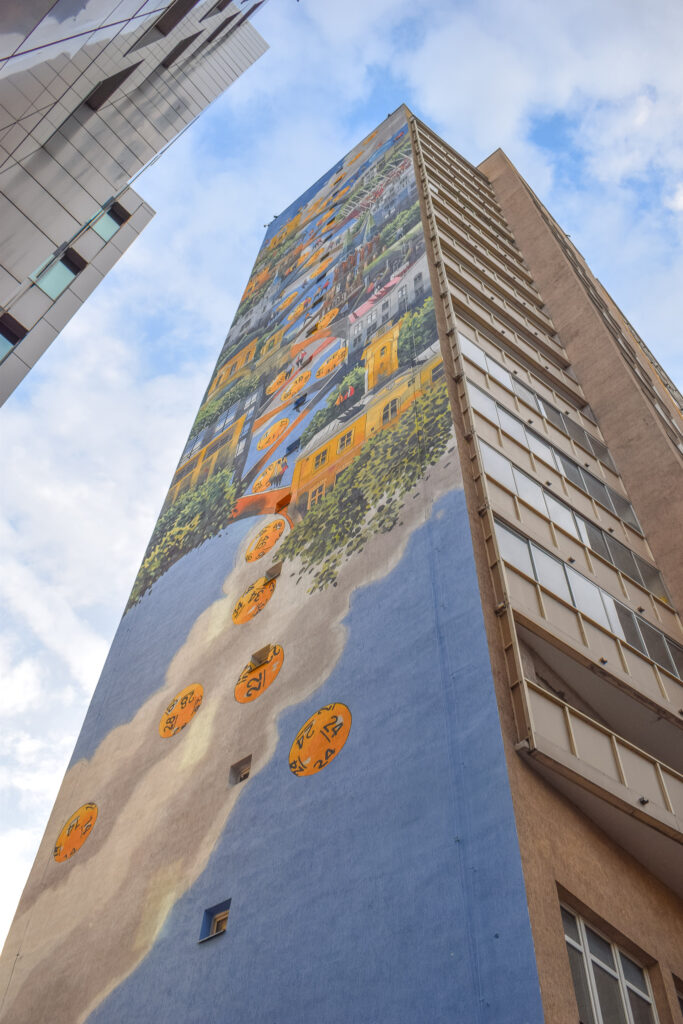 Find the mural at the intersection of Kijowska and Targowa.