Don’t bite me, but visiting the new Praga Museum was not something I was looking forward to. Firstly, the area doesn’t thrill me: the whole stop-start gentrification process has, IMO, benefited no-one and left the district caught in an uncomfortable vacuum. Secondly, I don’t like the direction that Polish museums have gone, each trying to outsmart the other in terms of technology: it’s as if the role of commemorating the past has been passed from the historian to the IT consultant. I find that bewildering.

In this case, however, my low expectations were ill-founded. In the shape of the Praga Museum Warsaw has gained a space that strikes a perfect balance between traditionalist approaches and contemporary.  The opening a room is a good example, with a collection of engaging photos and also a scale model of early Praga – the details are astonishing, and are alone worth the paltry 4 zł entry. 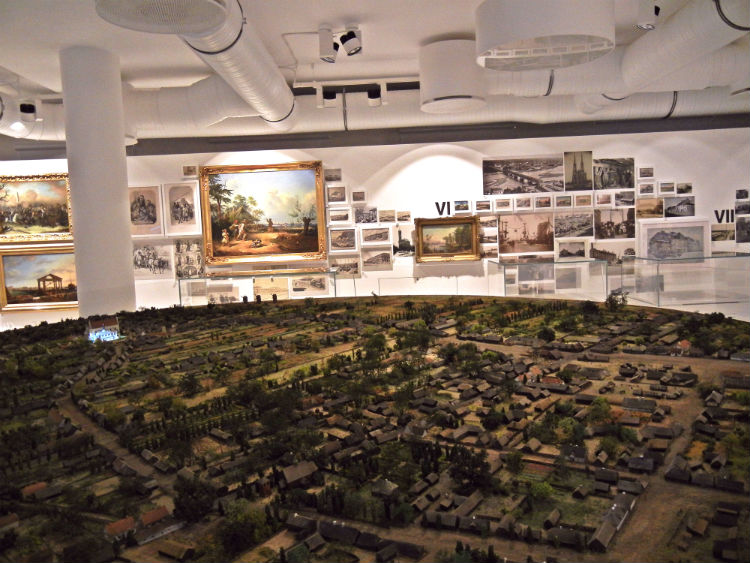 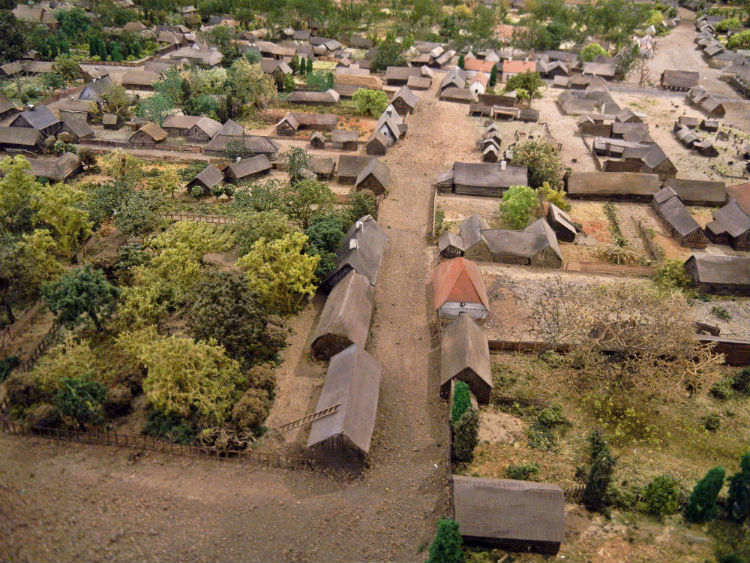 Upwards, and the Hall of Praga Marketplace celebrates the area’s trading connections. As someone who loves sniffing around Warsaw’s bazaars and thrift stores, I found this collection of past and present junk / treasure completely compelling. Next, a temporary exhibit comprised of random objects donated by residents: shoeboxes, toy soldiers, a bath tub and religious figurines. 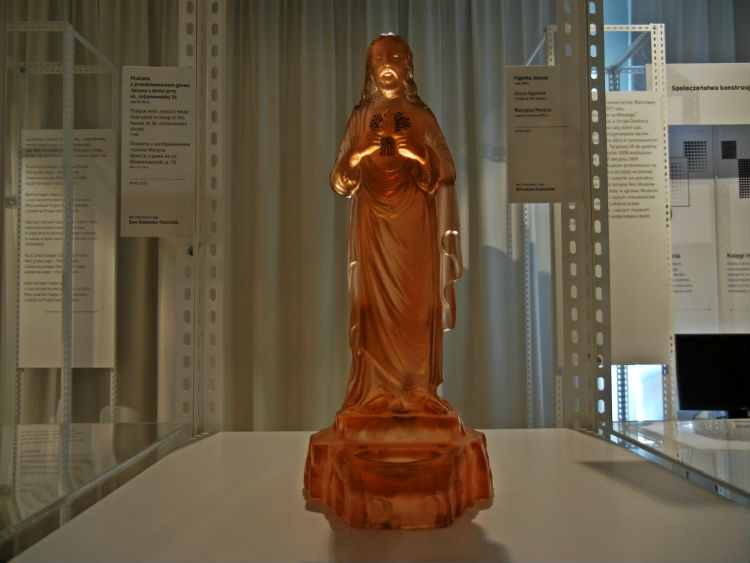 Down in the basement, prominence is awarded to photographic tributes, among them those celebrating everyday life, to those focused on particulars such as the stadium, not to mention the area’s ability to rise over again. 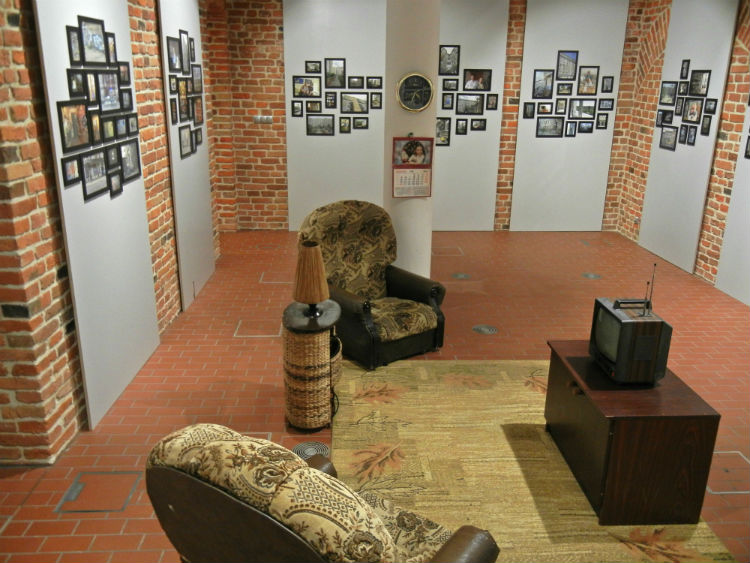 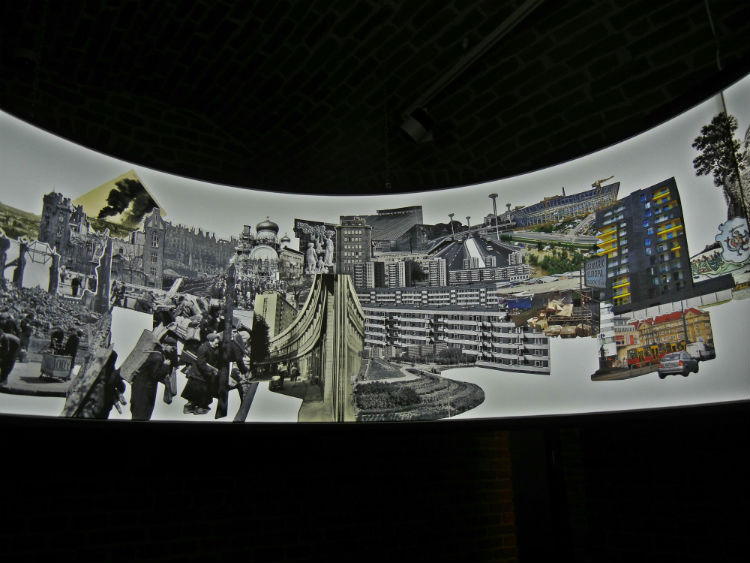 There’s even an oral history archive, and this doesn’t shirk the area’s working class roots and at-times unsavoury past. The tour finishes in the Hall of Cultures, where restored Judaic prayer house paintings steal the show. Uncovered in 1996, my amateur camerawork doesn’t do justice to these pre-war murals. While it’s located in what is apparently the oldest brick building in Praga, the restoration has been superb, with the structure backing out onto a shaded courtyard complete with a cheerful blue bear! 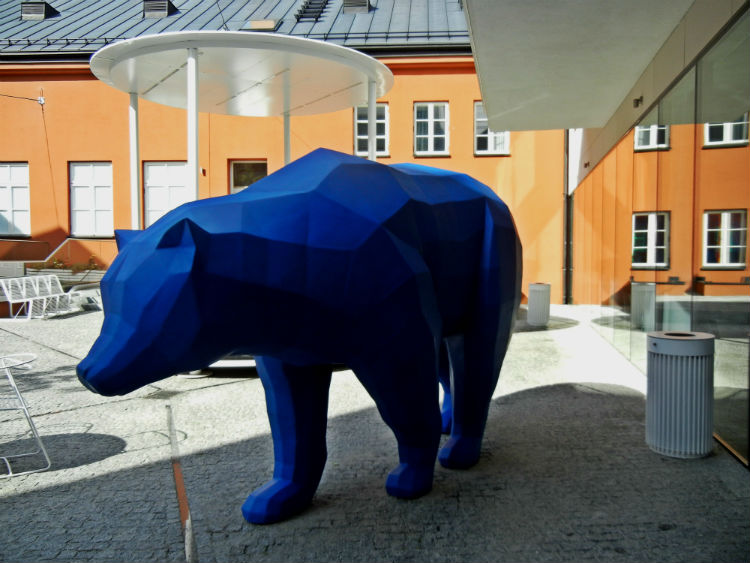 In truth, having eschewed the option of using my audio guide, I leave feeling I’ve learned little new about the area. But that’s offset by an increased appreciation of Praga’s very spirit. I exit with a new awareness of what Praga is and what Praga does: that alone makes the museum a success…