Meant to symbolize ‘tolerance, diversity and openness’, Julita Wojcik’s rainbow installation finally ended its three year residence on pl. Zbawiciela last week when it was dismantled once and for all. Composed of 22,300 artificial flowers, the nine-meter installation originally made its debut in Brussels to celebrate Poland’s Presidency of the EU. Moved to Warsaw on June 8th, 2012, it quickly divided the populace with a vocal minority left outraged about its LGBT connotations. 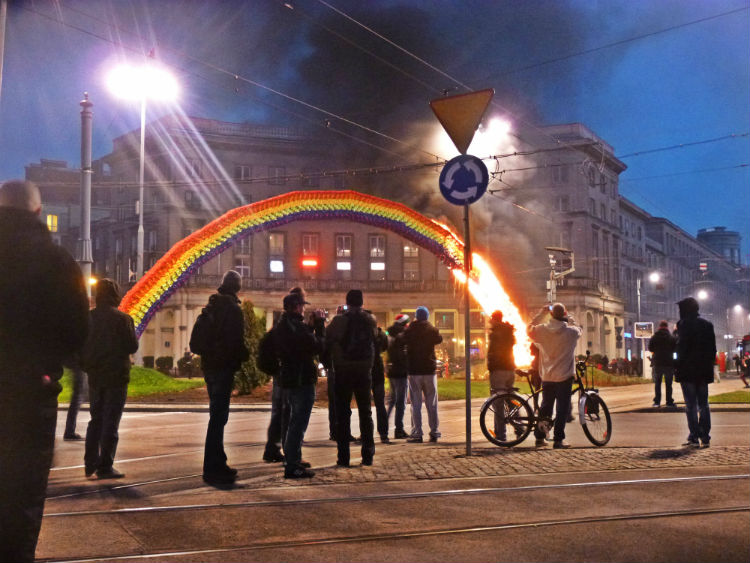 Politician Stanislaw Pieta called the rainbow ‘a provocation’ and ‘a disgusting gesture’. Priest Tadeusz Rydzyk went one better, describing it to be a ‘symbol of deviancy’. Myself, I just remembered what pl. Zbawiciela looked like when I first moved to Poland in 2000 – it was grey, sad and empty. Now it’s a place full of spark, life and energy – in my eyes the rainbow, for all its limited artistic appeal, played a bright, starring role in resurrecting the square. 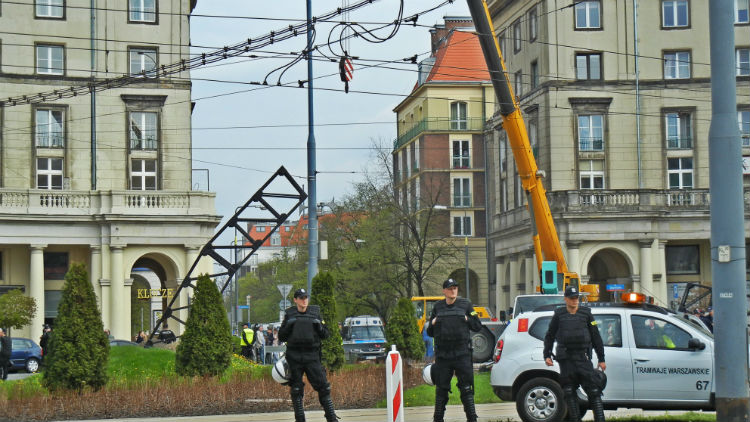 In May 2014 I popped down to Zbawiciela to snap the rebuilding of the rainbow. I was expecting to see a heavy police presence, but the sight that greeted me had more in line with a Category A football match: meat wagons, overhead helicopters, and sketchy looking lads lurking in the shadows. All this for a rainbow? 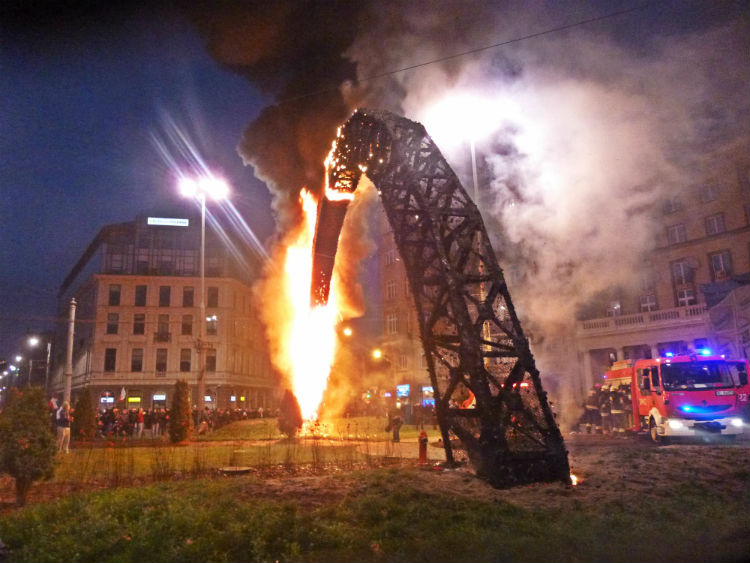 The 2013 Independence Day march represented a low point for the rainbow. The sheer glee and ugliness of the seething mob was uncomfortable to watch. Guys, I wanted to shout, you know you’re torching your own city? There were hugs and whoops as the rainbow burned, and then an almost reverential hush as the simpletons considered their work. 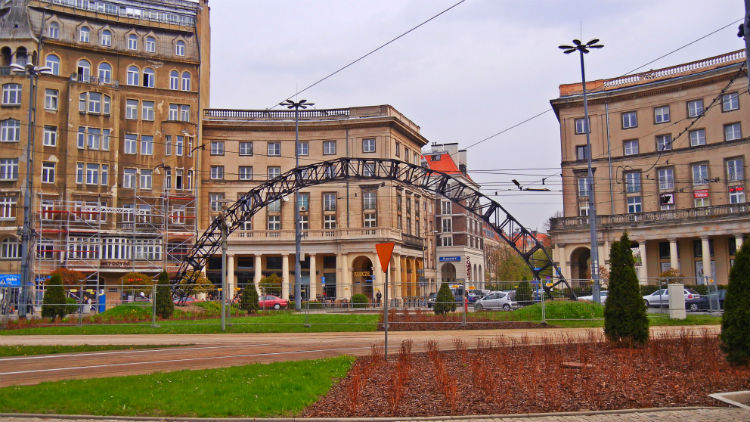 As a public statement piece, I preferred the rainbow in its raw and naked form… 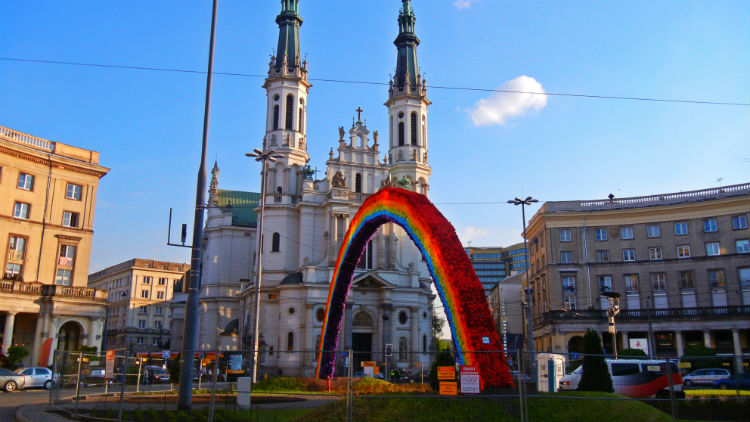 But most of all, I’ll always remember it best for the dazzle of color it brought to the square.