Reflections on a Broken Mirów

Taken at face value, lower Mirów looks discordant and despondent; but search around and you’ll find a complex district in the process of healing itself…
By Alex Webber | Photographs by Kevin Demaria

Blocked and bounded by major traffic arteries – Prosta, Jana Pawła, Jerozolimskie and Okopowa – Mirów’s most southerly chunk has the kind of face only a mother could love. Essentially pulverized during the destruction of the Jewish Ghetto, the post-war reconstruction was hurried and haphazard, giving the area an uneven look and an awkward gait – some would even call it ugly.

For once, the misanthropes may have a point: even the few pops of greenery transpire to be shaggy patches of forgotten wasteland.
But the area is stirring. Where once this portion of Mirów felt bruised and isolated, recent years have seen a surge in development that has reactivated both life and hope.

Simultaneously, these new investments have made a patchwork area even more contradictory: mirrored corporate compounds sit clumsily next to disintegrating tenements. You’re as likely to see a cover girl with a genetically engineered puppy stepping out onto the streets as you are a tramp with a broken nose. 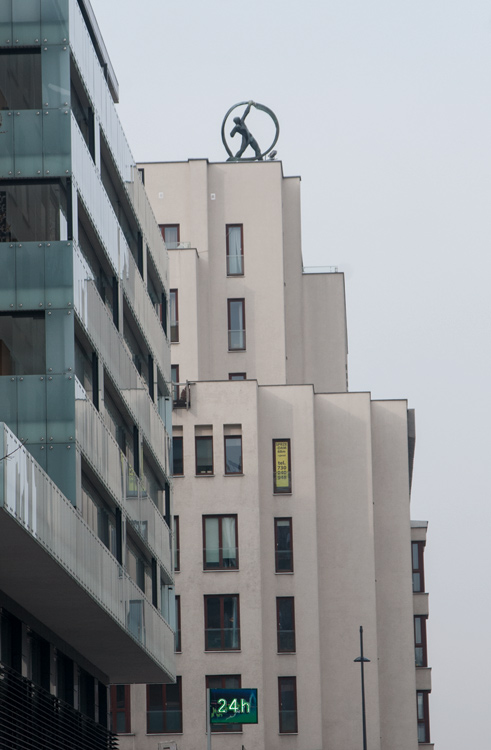 Simply from a sociological point of view, the contrasts make for an intriguing observational study. But it is the area’s historic relevance that is of the greatest importance. The Nazis were devastatingly efficient in their bid to wipe out the Jewish Ghetto, however, some traces have survived.

Enter through the barred gate at Złota 63 to find a series of signs guiding visitors through the backyards and to a remnant of the brick wall that, from 1940, once ringed the Ghetto. Thrusting into the sky beyond, that the glinting towers of modern Warsaw are within eyeshot adds a strange element of discomfort; a reminder that the city we live in is built on foundations of bones and blood.

Of course, this fragment of the wall is not the only memory of the Ghetto. Further on, outside the Raiffeisen building on Prosta 51, stands a modern monument honoring the insurgents who made a break for freedom just before the Jewish Ghetto Uprising was defeated. Depicting several pairs of hands disappearing down a manhole, a poignant inscription to the side lists the names of those who lived to see peace, those who later died in combat and those who “remained in the canals”.

Walking a little beyond this memorial, and placed between two blocks of contemporary real estate, lies a derelict tenement with a shadowy gateway. If common sense suggests slipping through it is an imprudent idea then do reconsider. Leading out onto Pańska 100, this is more than just a shortcut. Left to ruin since 2001, the inter-connecting passage leads to a courtyard that has been reclaimed by the community by way of an impromptu outdoor exhibition.

The work of a group called Among Scratches, they’ve chosen this off-track spot to plaster dozens of arty photos of unexplored urban Warsaw. “We wanted to revive a wall which is too disappear,” they explain, adding that their eccentric display will remain in place “until it is destroyed.” Knowing Warsaw, you may wish to visit sooner rather than later. 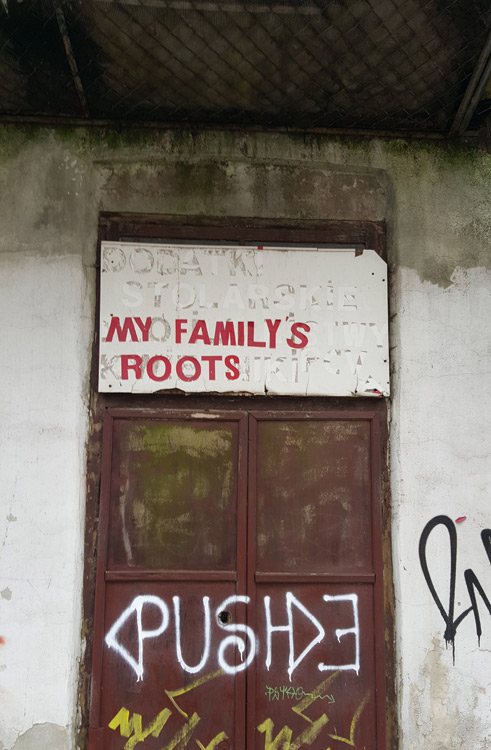 Exiting onto Pańska, the incongruities of Mirów come thick and fast. On one side, glossy retail units sell luxury fashion labels and pure cotton paper. As we peer at the price tags a chiseled gent strides past in the direction of an Italian barber shop; clouds of aftershave trail in his wake. But then, on the corner opposite, sits a lonely apartment block with its doors padlocked shut. In the windows, lettering that once announced small family-run businesses has been rejigged to form socially-minded anagrams that speak of the area’s battle against aggressive gentrification: “My Family’s Roots”, reads one. “Yanked Out, Torn Away,” reads another.

Some claim that the district’s spirit is being scythed away, but if such a sentiment is honorable, then one must only take a detour down ul. Miedziana to recognize how desperately regeneration is needed. This is particularly true of the grubby industrial facility that stands at No. 11.

Originally opened in 1950 (it hosted a global peace conference that very same year), for decades this plant functioned as Dom Słowa Polskiego (The House of the Polish Word), the largest printing house in Communist Poland. In its heyday, it rolled out in excess of 500,000 million newspapers per year, with titles including Młodego Technika (Young Engineering) and Żołnierza Wolności (Soldier of Freedom).

Bereft of state support, free market realities saw its significance erode and, in 2010, it was finally put out of its misery and placed in liquidation. Although parts of it have been rented, the bulk stands largely unused and pleading for rescue. 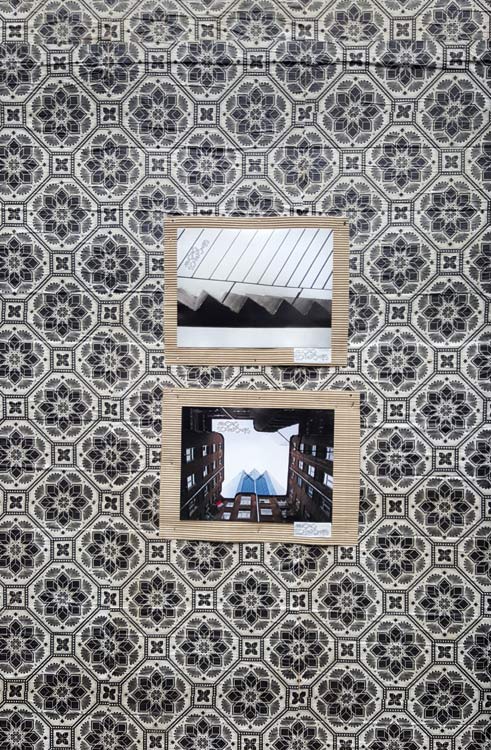 The forlorn air feels contagious. What shops have persevered on this section of Miedziana go largely unvisited: outside one store that seemingly specializes in screwdrivers and buckets, the owner stands looking baffled while patiently waiting for the rush that never comes.

If these shops feel surplus to the needs of the modern world, there is at least one that’s irresistible. Signposted by the painted nose of an aircraft bomb, the entrance to B-52 is so tight you turn sideways to squash in. But what treasures await! Amid musky smells and camouflage netting, browse an utterly bonkers selection of militaria: a portable US army computer, gas masks, insignia, not to mention part of an airplane’s wing. If ever the situation across the border overheats, then this is where to head.

Having purchased supplies for the looming Apocalypse, find one of the unsung gems of Warsaw right around the corner. For decades the Wola Museum (ul. Srebrna 12) was the kind of bore-fest you’d actively avoid; now, a recent change of tactics has seen it emerge as one of the most forward-thinking institutions in the capital. Bringing the wider area of Wola alive, find engaging content that’s creatively presented: posters, family memorabilia, not to mention various media relating to the area. It’s a nugget in the rough in more ways than one. Set inside a restored 18th century palace, it’s a rare relief from all the surrounding concrete high-rises. 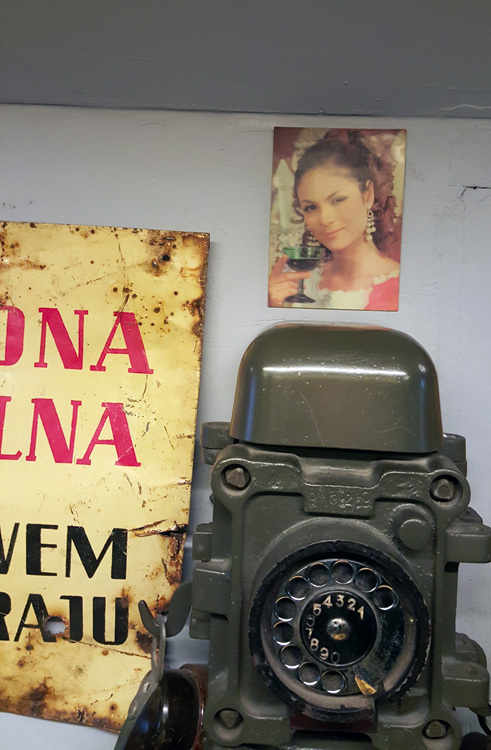 That’s not to say it is alone in this. Architectural pearls exist in differing conditions of general health. Kamienica Krongolda on Złota 83 is at serious risk. Completed in 1899, the turn-of-the-century is marked by allegorical stone figures of a wise old geezer and an athletic young man (whose head, ironically maybe, was lost long ago).

This was once one of the most prestigious addresses available and while it squeaked through the war, the following years saw its hitherto luxurious apartments divided into 120 smaller dwellings, and then stuffed to the rafters with ‘out of towners’: the overcrowding reached such a point it earned the nickname Beijing. At the start of this current century a cult soap opera was written based around the lives of the residents, though the building itself had already been emptied. Purchased by a private investor that had pledged to restore the structure, a mysterious blaze swept through the upper floors back in November, an event that prompted unfounded allegations that the new owner’s intentions weren’t quite so noble.

Forming the cornerstone of this area, the PKP Ochota station has enjoyed better fortunes. Completed in 1962, and designed by the same duo who would later create Centralna, the station is best-known for its zebra colors and unique wave-like roof. Having endured a rough few years, it was given an overdue facelift in 2008. Standing oddly out-of-sync with the nearby Warta Tower – itself, the kind of secretive building you’d imagine Edward Snowden working inside – it’s perhaps symptomatic of this incoherent neighborhood: dissonant, yes, dull, never.