alternative89 author's cuisine112 casual dining6 city center998 eating out8 fine dining70 restaurant24 restaurant news9 trends4
The Top Table That they own the only Michelin stars in Poland says much about both Senses and Atelier Amaro (pictured below): moments of...

The Top Table
That they own the only Michelin stars in Poland says much about both Senses and Atelier Amaro (pictured below): moments of pure theater are matched by cooking of such inspiration it often distorts into fantasy. L’enfant Terrible enjoy a similarly adventurous reputation though a far less stuffy atmosphere. Compared to that trio, Nolita is far more sensible in its approach, yet for many – us included – it’s Warsaw’s biggest ticket when it comes to fine dining moments. Finally, a hat tip goes to La Rotisserie, a marvelously sophisticated experience created by chef Paweł Oszcyk. 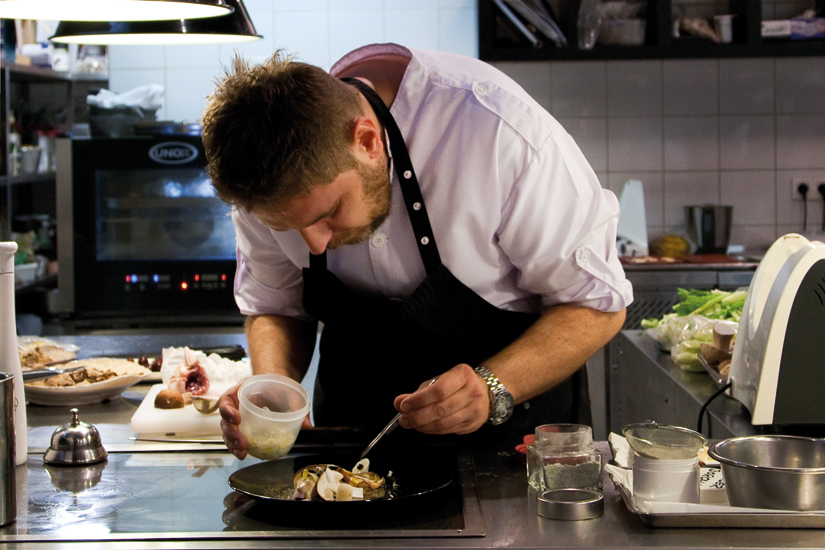 Local Leaders
Handicapped by memories of communism, Polish food often brings to mind visions of ugly, grey ooze glooped to a plate. Perceptions are changing thanks to a new generation of chefs determined to showcase the nation’s abundant natural resources. Great things happen at Mała Polana Smaków, Zielony Niedzwiedź and Dom Wódki (pictured below), though in our eye, no-one does it better than Aleksander Baron at Solec 44. 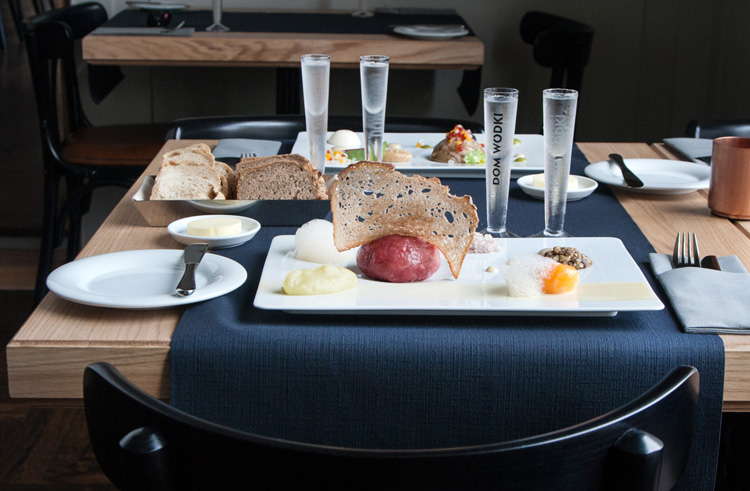 Follow Fashion
Warsaw is like a crocodile when it comes to trends, rattling them relentlessly till they’re dead in the water. Sushi hand rolls are especially big this year, though we’ve yet to locate anywhere we’d return. More successful has been the Mexican Revolution: leading from the front are La Sirena (pictured below), though Urban Burritos also deserve considerable credit. 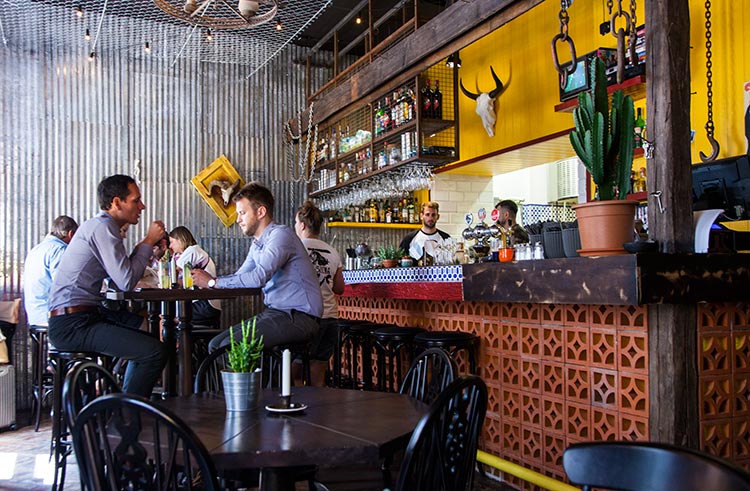 Green v Red
War is being waged between vegans and carnivores: on the blood red side, Merliniego 5 (pictured below) and Butchery & Wine do splendid stuff, while lower down the ladder, Pogromcy Meatów have nailed it just right for those with shallow pockets. Then there’s the green side: Veg Deli are capable of magic, however, it’s Momencik that take the vegan philosophy to dizzy, new heights: find simply excellent interpretations of Mexican food. 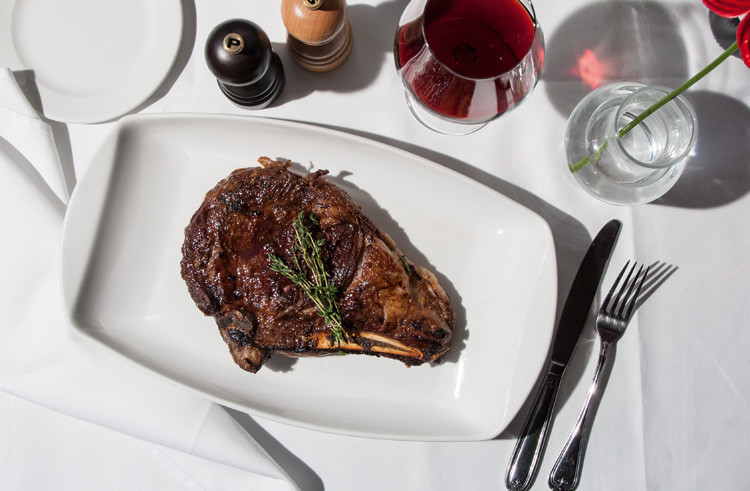 I’m Broke!
You can still eat well even when the bank account reminds you of your ‘insufficient funds’. Kaskrut make fancy culinary art affordable, as do the billions of lunch menus that most restaurants offer: for fine dining, Concept 15 isn’t so much a deal as it is a total steal. Until October 2nd, also check out the weekend Nocny Market (pictured below), a brill selection of street food stalls found at a derelict train station. 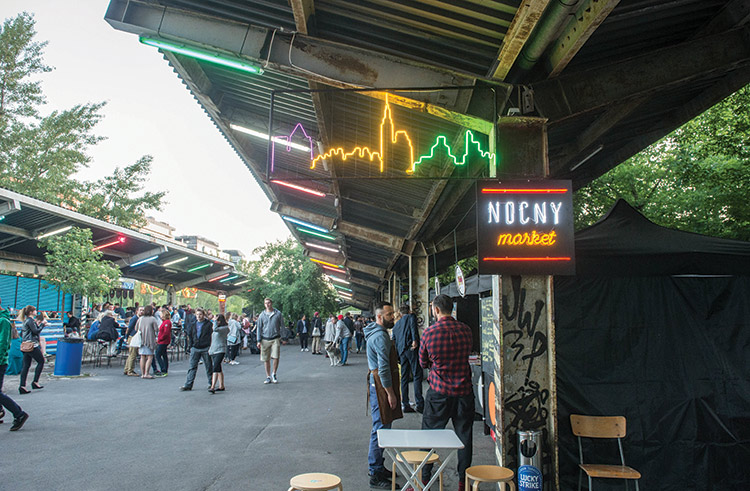 Foreign Flavor
Many of Warsaw’s ethnic options are unremarkable. So salutes are due to Syrian-run Falafel Bejrut, Japanese ramen joint Uki Uki (pictured below) and the swish Argentinean-owned Ceviche Bar. MOD do wonders with their Singaporean chef, Tris, mixing up his French culinary background with his Asian heritage, while a final big shout goes to Botswanan Joseph Seeletso: his upmarket menu at Joseph’s Bistro & Wine (pictured at very top) is modern European though with exciting hints to his African heritage. It’s an exceptional experience and possibly our favorite opening of 2016. 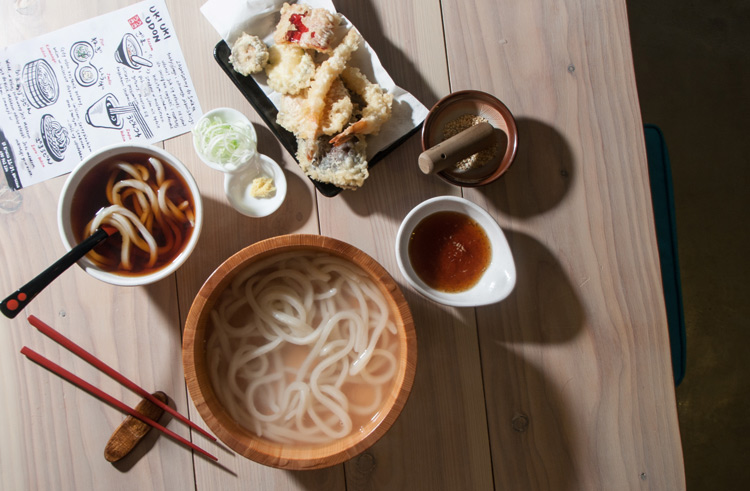