author's cuisine112 bar299 cocktails112 drinks333 French28 international134 modern european7 nightlife289
Background No street embodies ‘the spirit of now’ quite like Poznańska. The rash of bars that opened a few years back were the kick-starter,...

Background
No street embodies ‘the spirit of now’ quite like Poznańska. The rash of bars that opened a few years back were the kick-starter, while the subsequent re-cobbling of the road and sensitive renovation of many of the buildings lent it that last big push. Up until now, however, its reputation has stemmed chiefly from its nightlife, though that’s changing with the arrival of restaurants like Bez Tytułu. Suddenly, it’s food that’s the attraction, a point that’s contributed to the Parisian-style buzz of this elegant block.

The Place
Gosh. Just stepping inside Bez Tytułu is enough to lift the mood. Connected to the Kasia Michalski Gallery to the flank, the restaurant feels like a natural extension: find contemporary art and photography set against rehabilitated brickwork while pendant bulbs cast a soft light down. It’s a venue of vibe and modernity, a point amply reflected in the management’s manifesto: “the only rule at Bez Tytułu,” they say, “is that a table is not a piece of furniture, but an invitation to a social gathering.” It’s a mission they’ve accomplished. But that’s not all. Head downstairs for a dimly-lit bar that’s got a chic, speakeasy air. Plus points for a smoking room decorated with retro camera equipment accrued by the owners. 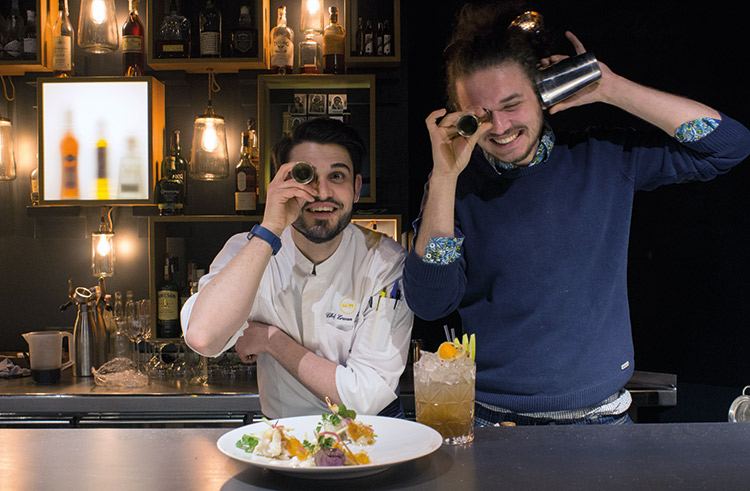 Chef
Frenchman Erwan Debono gained experience in France and the States before heading eastwards out here: “like everyone,” he grins, “it was all because of a woman.” Strongly influenced by the country of his birth, Debono’s menu makes much of both his native French background as well as Poland’s own sway towards seasonality. In truth though, this is a free-spirited chef whose cooking can’t be assigned a box. Demonstrating a keen palette and precise touch, his menu is both complex yet logical: a considerable talent to have. 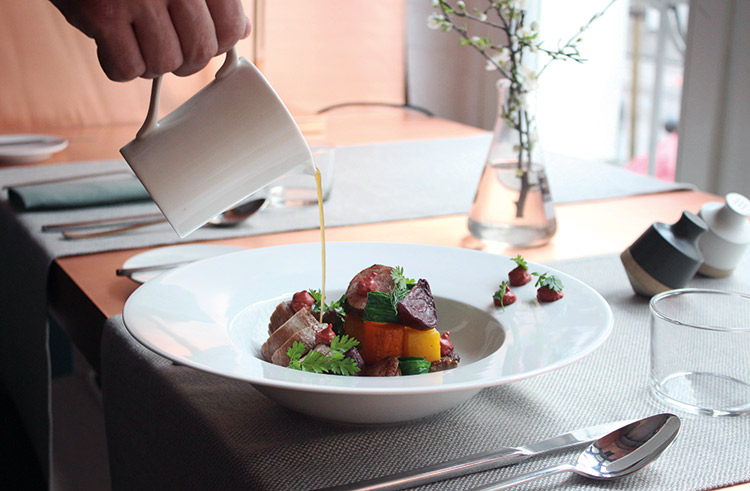 Tasting Notes
Onto the important stuff. Starters include meaty Mazurian-farmed snails; beef tartar with pickled shimeji and parmesan; and a smoked haddock with onion puree that has the table clamoring for more. The latter is one of the finest plates of food I’ve eaten this year. Of the mains, the beef fillet is a force of good: a beautiful cut suitably twinned with a sensual porto sauce. Pearls of onion and a creamy potato gratin elevate it higher.

The surprise is the baked cod, a seemingly simple sounding dish that’s the most cunning and complicated of the lot: despite the variety of ingredients used with this dish, everything comes together in a subtle bang of taste. And then dessert, a grapefruit sphere with elderflower syrup, strips of beetroot jelly and a raspberry vinegar. A class composition, it’s the fine and final flourish of a kitchen that’s on-form.

Drinks
Well of course there’s wine, but you’re missing the point if that’s what you stick to. Considerable time has been invested in not just the bar, but the staff who man it. That much is clear by the gradual introduction of pairings devised to maximize the tastes of both the food and the drink. Using a selection of homemade cordials, marmalades and other personalized products, this is a bar to be respected and revered.