The Area
Disclosure: ask me to think of Old Praga and I think of half-wrecked buildings with foul-smelling corridors leading to dark, squalid courtyards. Sure, I’m no longer paranoid that I’ll get my throat cut at every turn, but that’s hardly an endorsement. But the truth is, change is afoot. The last few years have seen islands of prosperity appear, and step-by-step these are being stitched together as the area sets off on her inevitable journey towards gentrification. The district’s raw, gritty spirit is still abundant in its presence, but now that’s being balanced out by positive vibes of revival and regeneration. It feels like something’s happening – something that’s good.

The Place
One such example is the lavish renovation of Witold Massalski’s Pod Sowami building. From the outside, this corner tenement is a lesson in neo-Gothic architectural indulgence: it’s got the soaring turret, reliefs of bats and griffins and then, crowning the top, a pair of stone owls ready for flight. Inside, the ground floor restaurant looks chic and elegant: tall windows and long polished tables, a granite bar and sleek looking lines. Colors are dark and charcoal but given a muted dazzle by glinting gold-colored sheets that appear irregularly. There’s a touch of the classic here, and with soft, jazzy tunes playing in the background the air that’s evoked hints at classic pre-war times. 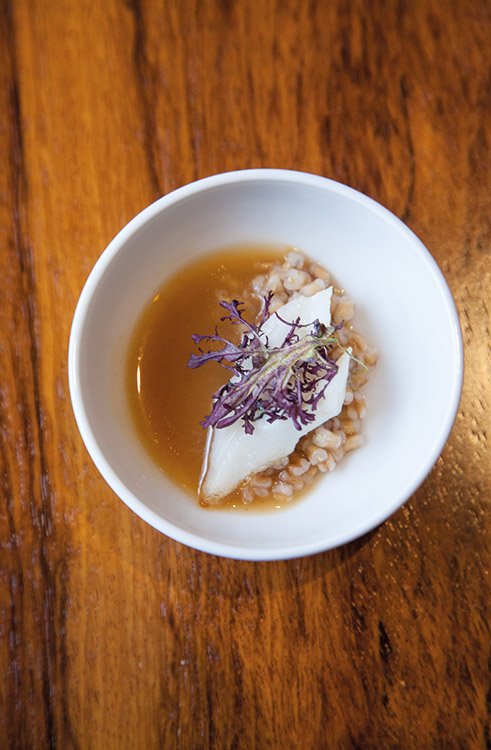 The Chef
Drum roll for Damian Wajda. Formerly of Nowa Próżna, this immensely talented chef has seen his stock soar in recent times to such an extent that it’s commonly understood to be a matter of time till he’s fully recognized as among the leading chefs in Poland – in fact, in the eyes of many he’s already there. His menu backtracks through the passages of history to present ‘old Warsaw’ dishes as seen through a distinctly modern lens. 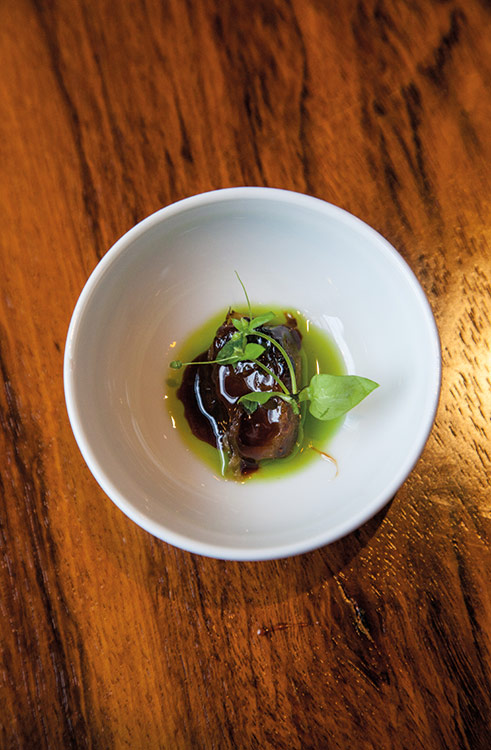 The Tasting Menu
How’s this for a fair exchange: zł. 60 gains you a 15-course tasting menu. That translates to a barrage of artfully adorned, telescopic-sized plates. Some work are great, but others are even greater. From the latter, a beautiful bon bon implodes into a rich goo of Lazur cheese; there’s a potato, baked over open flames, it’s skin crisp and black but its flesh delicate and soft; and then, beef tails served in an invigorating cabbage broth. But my fave, that’s a doughy pampuch with spit-roasted chicken. If there’s a minus, then it’s such: despite being expertly portioned, 15-courses is just way too many. Good food, and have no doubt, this is bloody good food, demands concentration – by Plate No. 15 you’re left mentally drained. 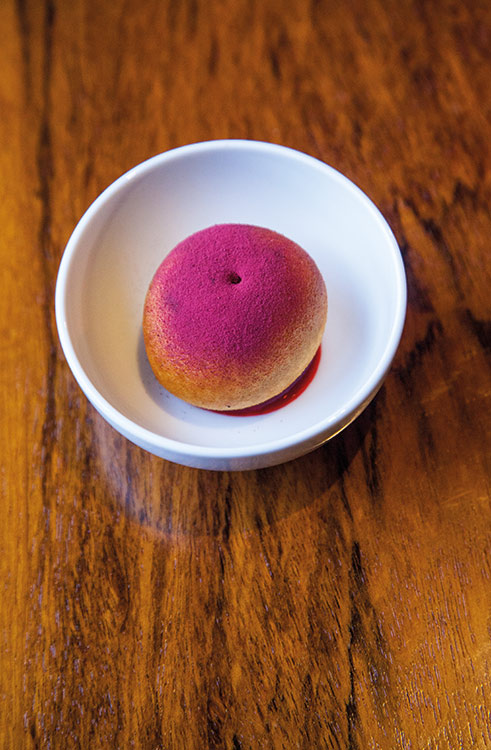 The A La Carte
The a la carte menu expands on many of the dishes found on Wajda’s tasting menu, which on this Insider’s visit means oak-smoked beef ribs with an onion demi-glace and ‘bacon cream’. Served on a heap of stones, its a rich, brawny dish blessed by higher powers. Prices, in this case zł. 48, are in keeping with the bistro philosophy.

Final Thoughts
Though barely a couple of months old, this is one of most competent and assured debuts Warsaw can remember. Enjoyable and affordable, in the form of Pod Sowami we have an excellent ambassador for the new face of Old Praga.