With a menu specifically revamped for the New Age that we’ve entered, simple means stylish at the Europejski Grill…

Inside…
When the Europejski Hotel reopened in June, 2018, under the banner of Raffles, its inauguration was the culmination of an indulgent restoration that saw no expense spared. 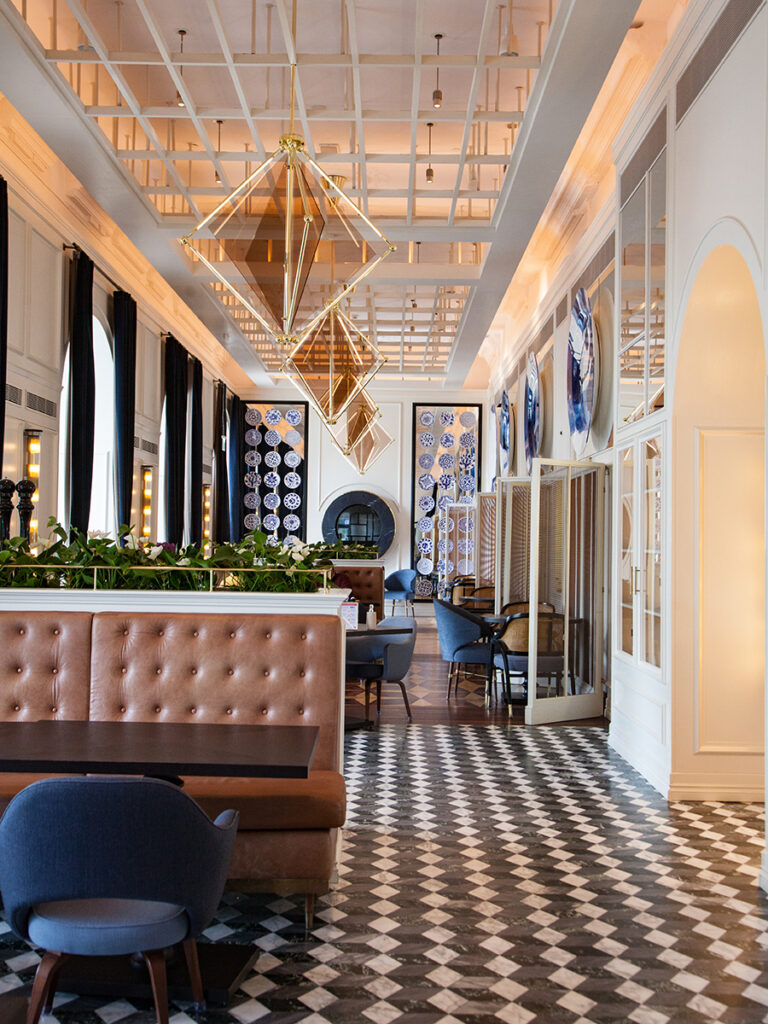 Setting a new benchmark in luxury, it followed suit that the flagship restaurant would fully reflect the swish, sumptuous nature of the hotel. 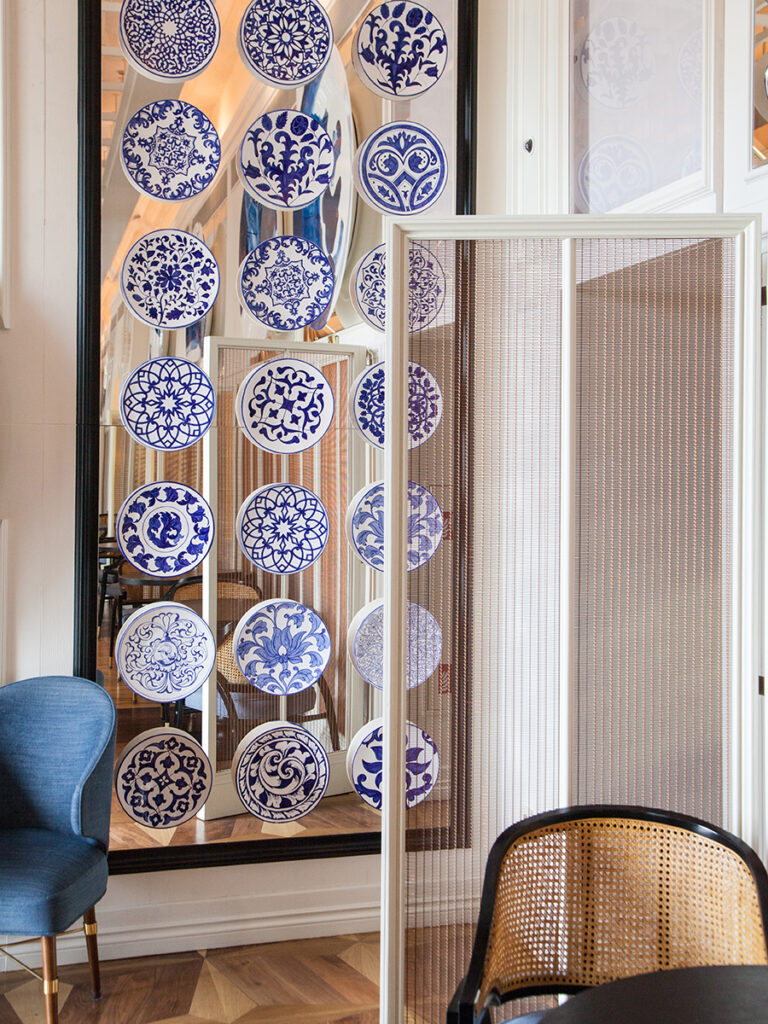 Decked out in tan and vanilla shades, hexagonal lighting installations, glinting mirrors and bold, blue ceramics hung to the walls, it looks the part with a character that bridges the classic with the contemporary to magnificent effect. Looking around, you know you’re somewhere special.

Or Out?
To savor the views of Pl. Piłsudskiego, head outdoors to a terrace that feels as spacious and airy as the square that sits opposite. Spruced up with strategically placed greenery and oversized lights that arc over the tables, you’ll be dining under an awning that does a peerless job of providing you with shelter from any summer drizzle. Being here, you feel a million bucks.

Whose Cooking?
Ever since Raffles Europejski Warszawa opened, executive chef Beñat Alonso has been the face of the dining experience – proudly Basque, Martin Bersategui and Juan Mari Arzak are cited as his influences, and Alonso’s menu is a creative paean to natural goodness. 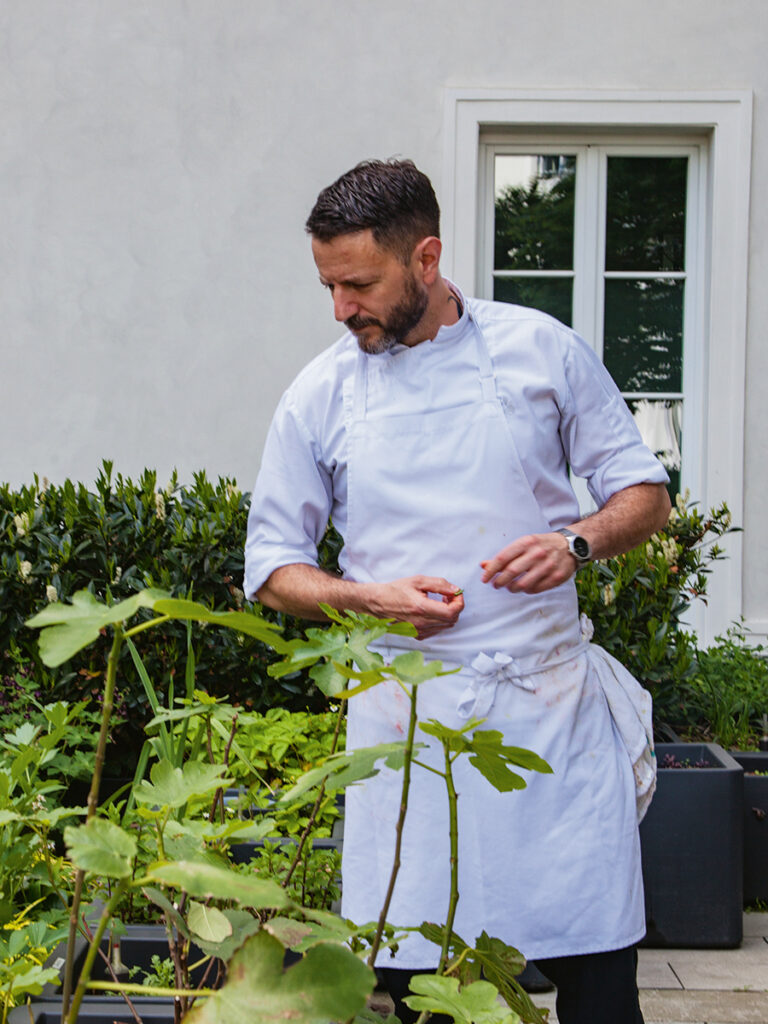 Frequently featuring herbs grown in the hotel’s courtyard garden, an emphasis is further handed to the local producers that the restaurant works with. “We only import when we absolutely really have to,” Alonso tells the Insider.

Whilst the chef openly admits to missing the adrenaline charge of service, the lockdown has been used widely to play with new ideas and reassess the menu. “Fine dining was changing anyway,” says the chef, “the pandemic just pushed those changes forward.” As a result, diners will face a more simplified menu on which regional suppliers are handed an all-star role.

On The Menu
Simple is a relative term and that much becomes apparent when the first dishes land. 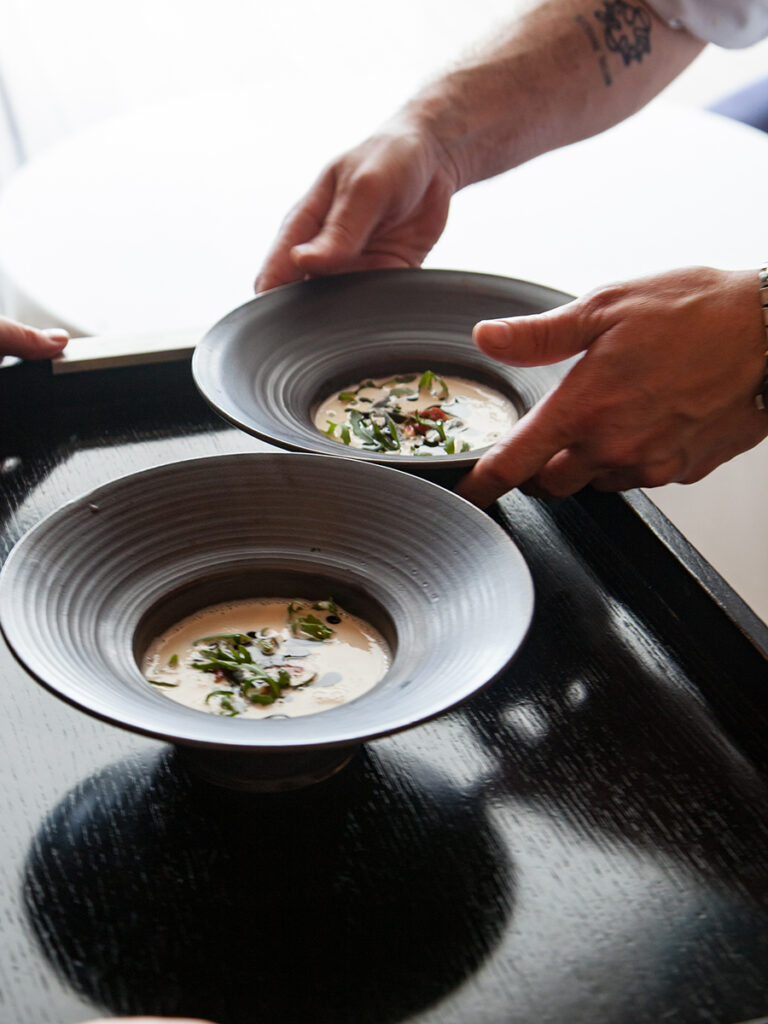 High on sophistication, these include starters that feature an artichoke confit served with a lightly grilled guanciale cured for six weeks and a glassy carrot glaze, as well as a hazelnut soup with fig leaves and wild rocket – light, subtle and pretty, these are dishes that lend themselves to extreme satisfaction. 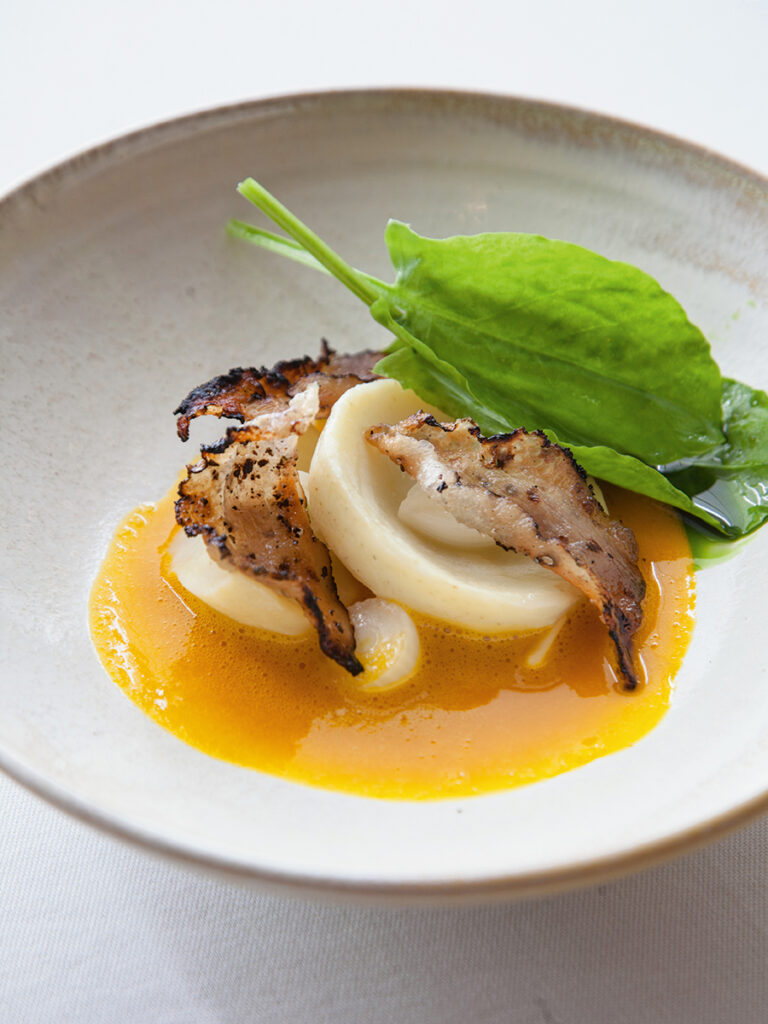 Mains follow this lead, with a rump of Galway lamb twinned with a Tunisian sauce packed with coriander and parsley, as well as a fantastically smooth mash of Maris Piper potatoes. 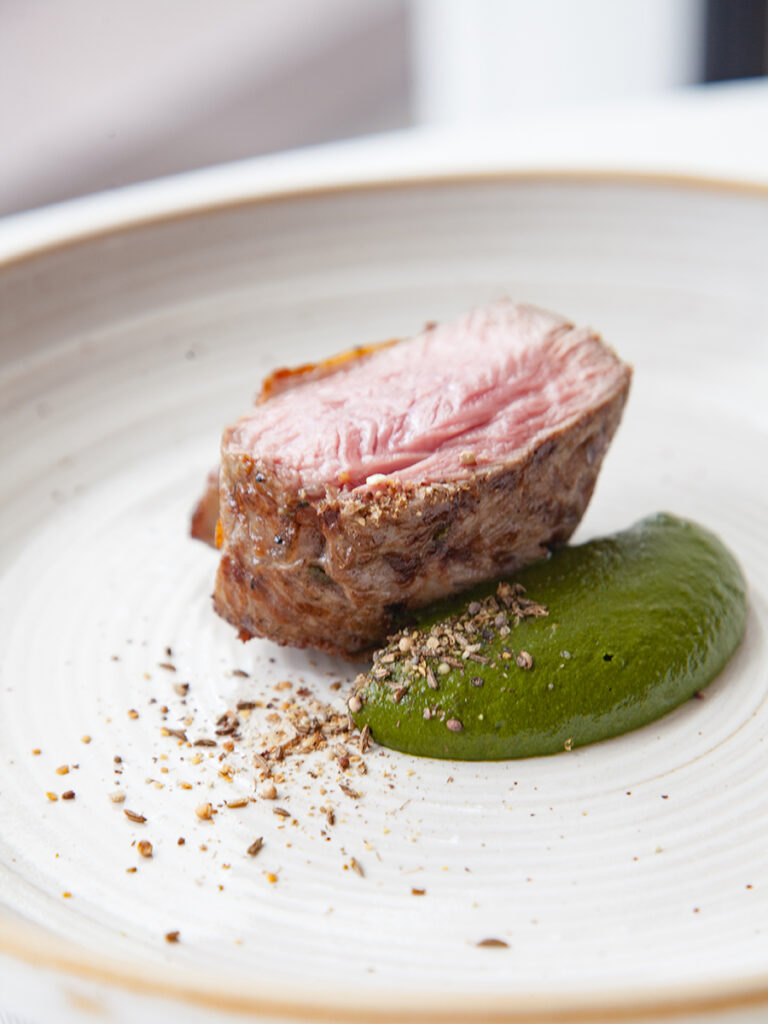 Also on the side, deep sighs of appreciation follow a roasted cauliflower with curry leaf – you’d happily live for a month on this alone. 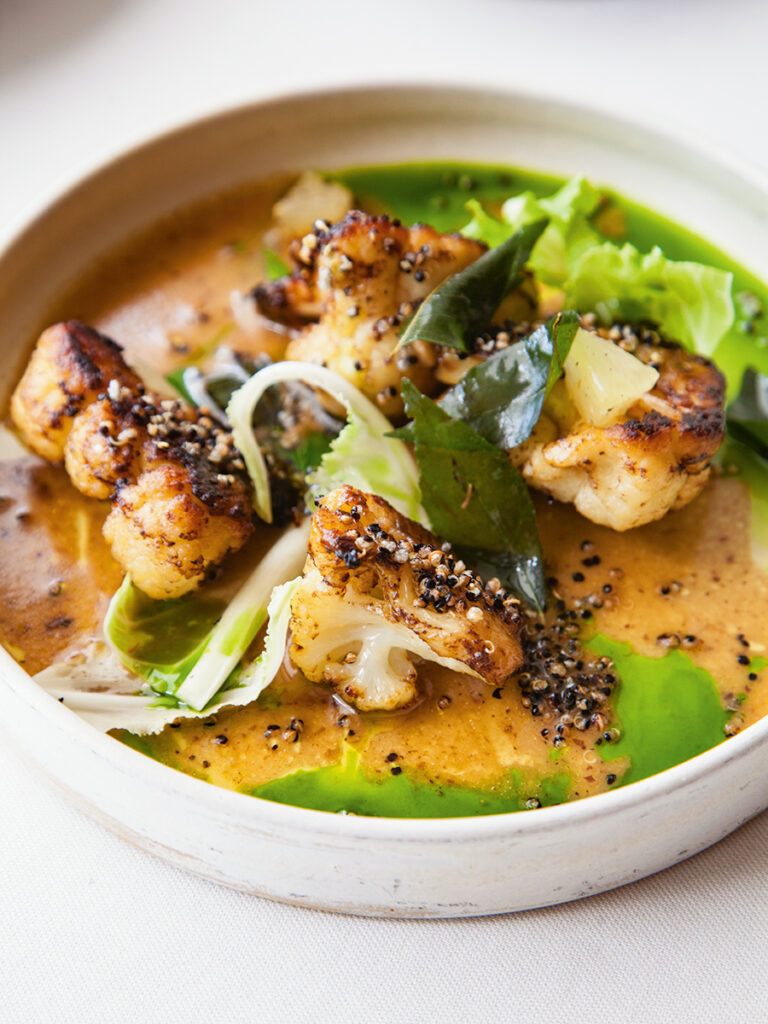 And then, fish, in this case, poached Cornish haddock with a thin, gelatinous skin that melts in the mouth. 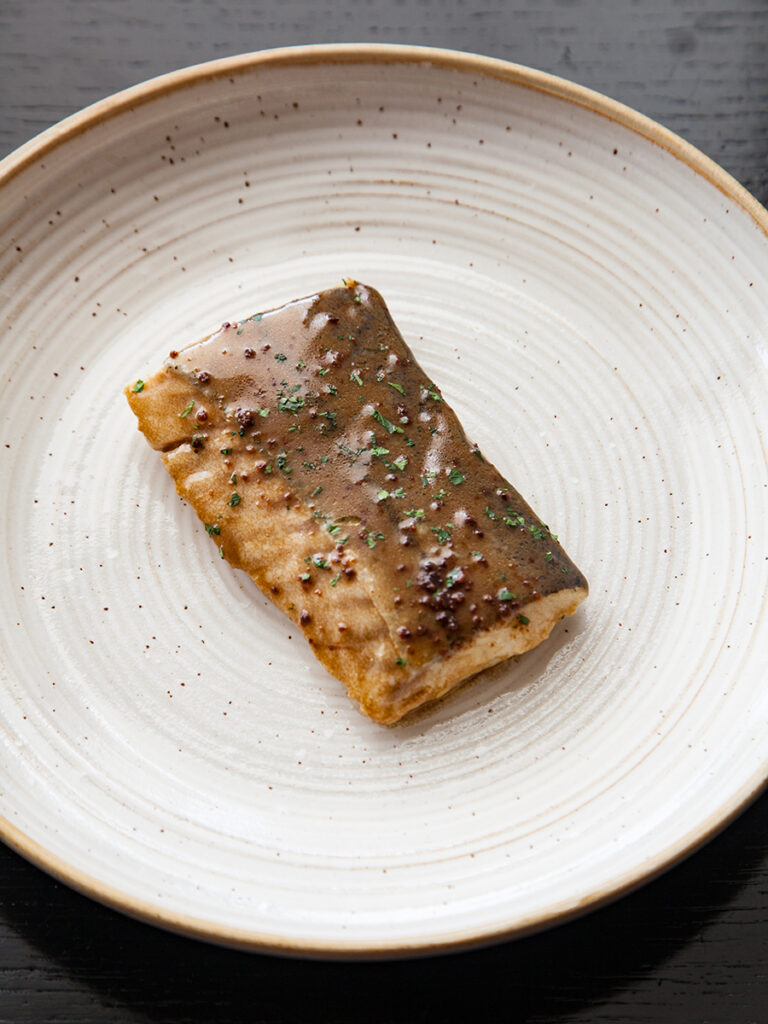 Encapsulating the spirit of summer, this a menu that feels primed for the sticky months ahead; more so, they’re a loud proclamation of a chef that has grown and flourished in his role as the leader of this hotel’s much-storied kitchen. 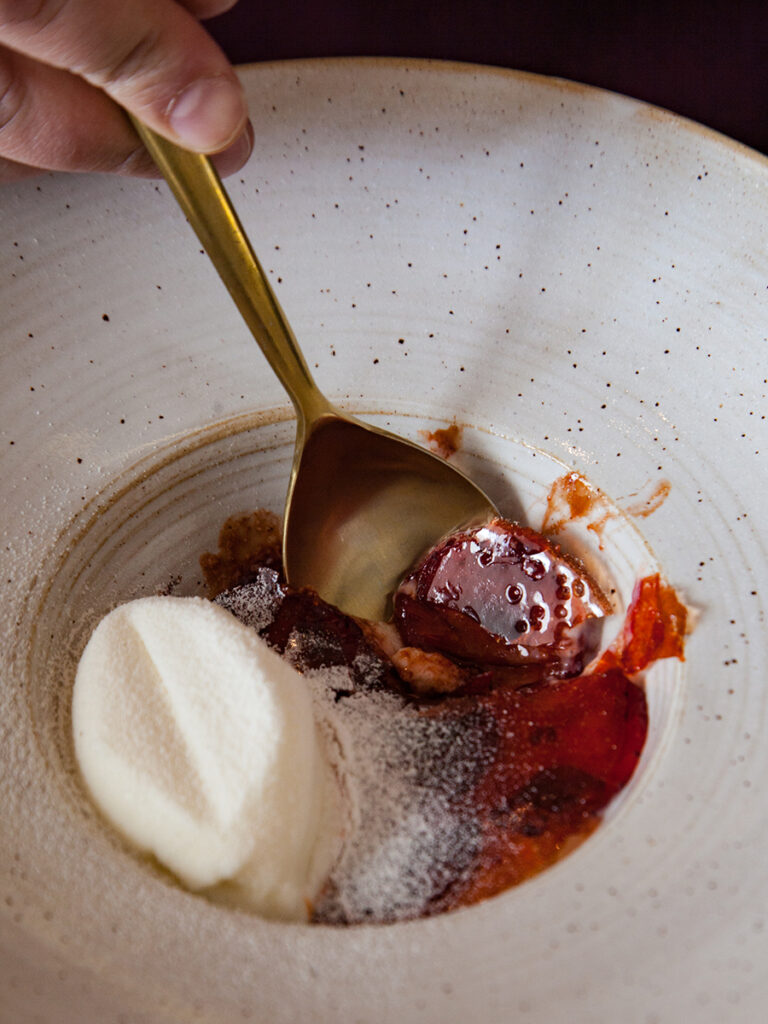 And if for nothing else, visit for desserts of a caliber infrequently seen in the city – rice custard pain perdu and strawberries served below a wafer thin layer of burnt caramel and a quenelle of yogurt sorbet: it’s a fitting finale to a meal becoming of what has arguably become the most famous hotel in Poland.