city center1010 indian55
Haggard old veteran that I am, there’s a few things I miss about the Warsaw of old. Rumors, for one. They used to spread...

Haggard old veteran that I am, there’s a few things I miss about the Warsaw of old. Rumors, for one. They used to spread like wildfire, and they’d reach their peak when the word turned to curry: at least, they did if you were the holder of a passport from Britain. Now though, it all feels a little like Groundhog Day: a new Indian restaurant just means a tired repeat of everything that’s come before – the same menus, the same décor, the same ingredients and even the same sodding staff. Same, same, all the bloody same.

So, it was in this misanthropic mood I greeted the news of the opening of Guru. “Whoopee,” thought I, “more butter chicken served in pokey surrounds.” But no so fast. Every now and again a new star is born, and in the twinkly shape of Guru that’s precisely what’s happened. 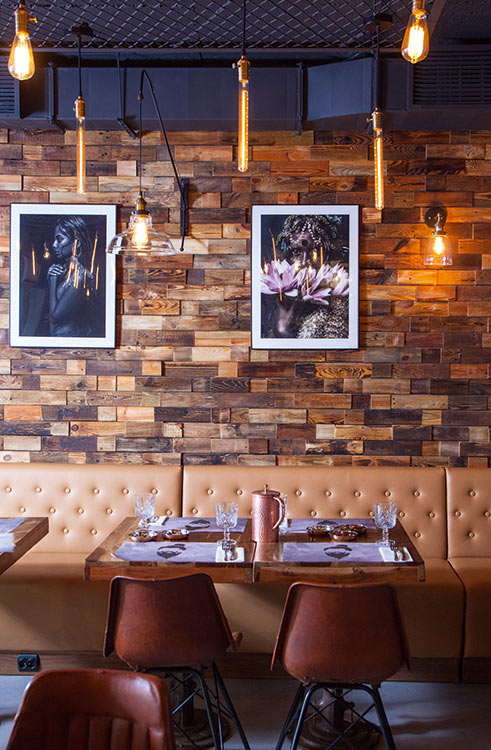 Moving into the space vacated by the lamentable BrewDog pub, it’s joined the city’s (very) shortlist of higher end Indians. Looking slick, modern and easy-on-the-eye, there’s a warm, soothing ambiance that feels right for all nights: “I’d even take the wife here,” notes the Insider’s partner in a threatening voice.

Initial positivity aside, the arrival of the menu is greeted with a serious look that says ‘let business commence’. Together, we dissect it with the precision of scientists: true, much of it is familiar (butter chicken – checkity check), but there’s also enough to suggest a departure from the norm. From the beginning, for instance, it announces the dishes to be a union of Indian spices and local, seasonal ingredients. Now for the lion’s share of Warsaw’s Indian restaurants, going local means shopping at the nearest branch of Carrefour Express. Here, it’s something else entirely, a point that’s affirmed when our waitress for the evening starts talking about ‘organic this’ and ‘farmyard that’. In short, it’s a kitchen that cares.

This isn’t token lip service, either: with starters, the attention to the ingredients comes to the fore. The samosa, for example, contains New Zealand lamb of mind-boggling taste. From the openers, however, it’s the chili chicken fry that really stands out. Sauteed in a red chili sauce, it’s a dish that snaps and crackles with tongue pleasing heat. Over a cigarette break, we discuss the merits of what we have tasted. “Bloody hell,” is the first sentence that comes out, “I wasn’t expecting that.” 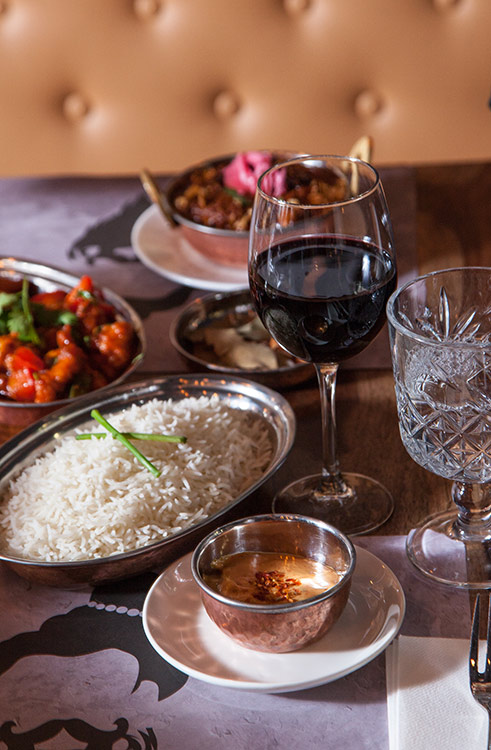 Heading back in for the mains, it’s with a surging confidence that we’ll see similar success. And yes, we do. Sidestepping some of the more unfamiliar dishes (e.g. ‘Bhurta’, something described on the menu as a Punjabi-style baba ghanoush), both of us have opted for the chicken Madras: a standard litmus test that any legit Indian should pass. This it does: mine, ordered extra, kill-me-quick hot, is a burning tribute to the pleasure of spice – a belt of heat rises inside, before breaking out in a fine film of sweat that clings to my body. It’s everything I want and a little bit more. “The best,” pants my partner, “that I’ve had for some years.” Mopping up the debris with a basket of naans, it’s with the bewildered, happy look of people that have stepped off some bonkers helter skelter.

And that, pretty much, sums it all up. The dishes, you’ve seen most of them before, it’s just that at Guru they reach new levels that set a benchmark of sorts. Backed up by a limited series of top-notch Indian-themed cocktails (mango pulp Mojitos and a Dark & Stormy with a ginger twist), as well as staff that all but scoop the food into your mouth, there’s a good reason why some are already pegging it as the best Indian restaurant that Warsaw’s ever seen. If they maintain these standards, and there’s no reason they shouldn’t, then we’ll join that club. (AW)