fine dining69 Mokotów110 tasting menu41 Ukrainian6
There’s no kind way to put it: Ukrainian cuisine has an image problem. Whilst those of us in Warsaw are now used to Polish...

There’s no kind way to put it: Ukrainian cuisine has an image problem. Whilst those of us in Warsaw are now used to Polish food being presented with finesse and a flourish, the cuisine of our eastern neighbors remains treated with suspicion: “just peasant food, ’innit?” Well, it doesn’t have to be, and at Kanapa it most certainly isn’t. Casting a new light on this unexplored kitchen is this special new entry on the local gastro landscape.

The Place
Swish and fancy, this pristine detached villa was completed in 1933 and designed by architect Feliks Siedlanowski to serve as a family home for himself and his Ukrainian wife Ina. In the decades after it was assigned to the Syrian ambassador as his swanky private residence, a function it held till 2015. 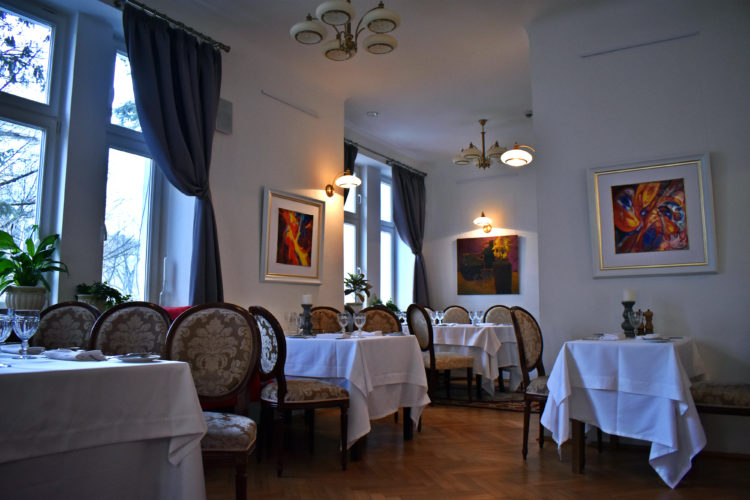 That air of grandeur survives to this day; noted for its sweeping spiral staircase and theatrical chandelier, the reception hall alone causes you to pause. 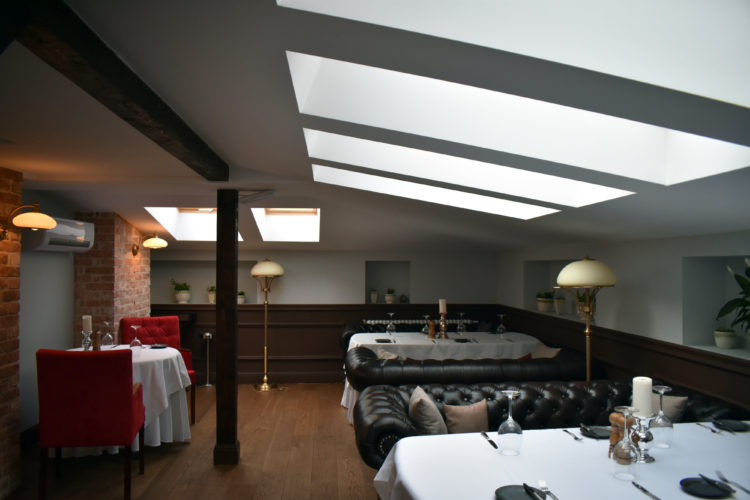 Thereafter, you’re best asking for a tour – spaced over three floors, it’s a thoughtful essay in understated elegance: antique and classy, yet with enough eclectic touches to that add that little sense of home.

The Food
You can tell a lot about a place from the bread they choose to offer. At Kanapa, though, it’s not just the bread they get right, but the butter as well – presented in the form of a candle, with the wick subsequently lit, the buttery wax-like ooze is scooped on the bread then promptly devoured. It’s not just novel, but tasty as well. 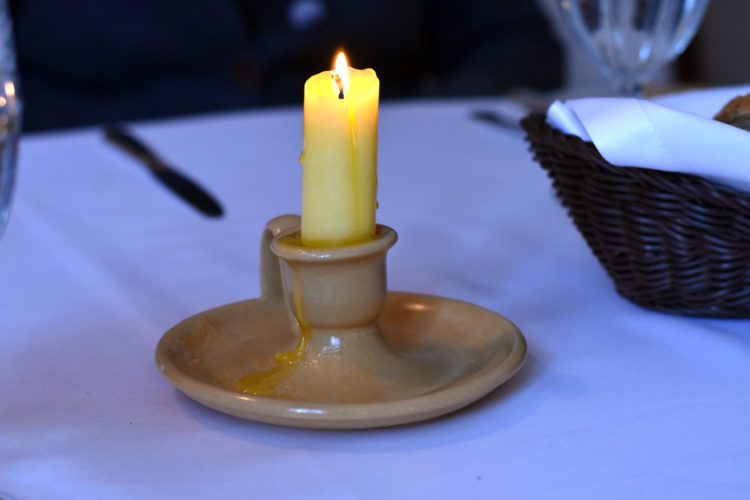 By this point, you’ve probably realized this isn’t going to be a place of grey gloop and humble flavors, and so it proves. Little blobs of pike caviar, fried dill, carp mousse and oyster cream arrive on a delicate, crispy fish skin; balanced and refined, these are tastes that reflect the cunning of the chef. Then, a Jerusalem artichoke filled with dried tomatoes and smoked sour cream; almost like a croquette, it melts inside the mouth with a reassuring tang. 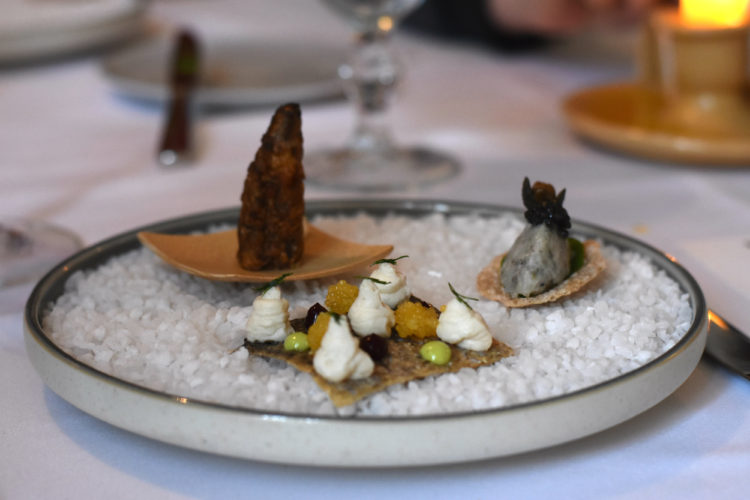 Original in every respect, this is cooking that feels adventurous in style yet traditional in its taste: full of warming goodness, there’s an intelligence to the combinations that’s a credit to the kitchen.

We’d Return For…
The borsch. A meal in itself, find it presented inside a huge, hollowed out cabbage. Incorporating cooked beetroot, stewed pears and plums, chunks of meat and a wallop of sour cream, it’s vigorous, whole-hearted and blood red to look at. 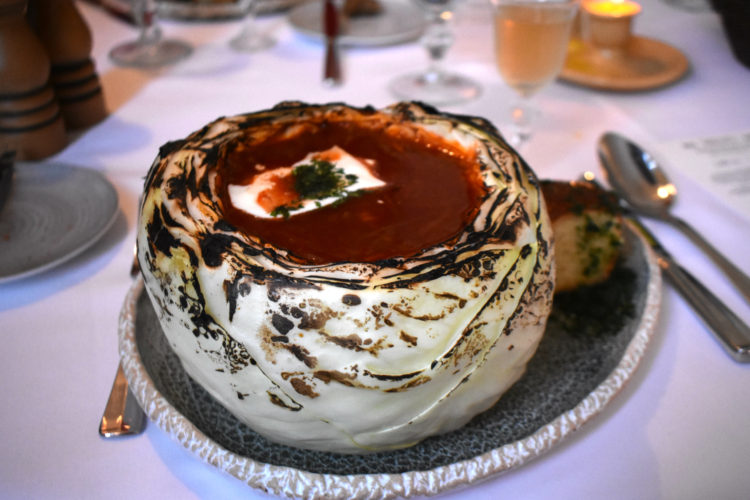 A complex expression of the Ukrainian soul, these are rich, raucous flavors that spread around the body to leave an inner glow. You could pair it with a Ukrainian wine, but you’d be better off asking for a shot of the house firewater: mixing vodka with lemon, honey, horseradish and garlic, it’s a potent little drop that leaves you feeling like the Incredible Hulk. Rargh!

We’d Die For…
Served inside a customized can, the chicken / duck / carrot pate has a velvet smoothness and huge hit of flavor. If you don’t have it here, then at least order it to go.

Final Thoughts
If Ukrainian fine dining sounds like an anomaly then rest assured it isn’t. Perfectly put together, Kanapa seems to work on every conceivable level – and yes, that includes price. With mains averaging out at zł. 75 and the tasting menu available for zł. 149, it’s one of genuinely great deals you’ll find in this town.