Slowly, surely, Mokotów is stirring. Of course, there’s already some pretty fab restaurants present in the district, just maybe not as many as the area deserves. News, therefore, that Nolita’s former sous chef was spreading his wings to head his own restaurant out there was greeted with both enthusiasm and excitement by Warsaw’s bloggers and foodies. But those expecting Łukasz Pacewicz to simply ape the style of his former boss have been surprised. Fine dining? No way.

Craving something warm and comforting on a cold autumn day, I remembered the advice of a friend who has made Mokolove his local. “Best casual opening for a while,” he pledged. Entering the gateway to the garden, I could see already why he had fallen in love. Featuring plenty of privacy, and a playground for kids, it’s an oasis for parents who want to enjoy their meal in relative peace. And it’s friendly, as well. Arriving on the early side, a waiter warned me that they weren’t officially open for lunch yet, but that he’d check with the kitchen to see if I could be accommodated. Within seconds he was back: “no problem, and please, sit wherever you want.” 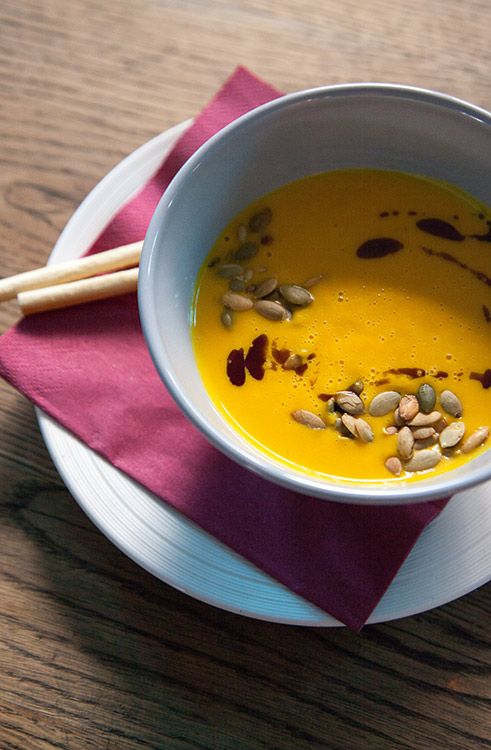 With Warsaw looking grey and gloomy that day, the menu spoke to my need for comfort with its offer of pizza and pastas. Regardless, it was the other dishes that caught the eye. Pumpkin soup proved perfectly seasoned and was given an extra little lift with a dash of pesto oil and a drizzle of toasted pumpkin seeds. Then, kopytki with wild mushrooms balanced by sundried tomatoes, capers and toasted walnuts. Though sounding a little like something you’d try at home, both dishes felt like they achieved something new.

A clear U-turn from the chef’s recent background, there’s something welcoming and warm about his Mokotów venture. Already, you feel a familiarity in the air, not to mention a care and attention towards both produce and punters. When I headed to Mokolove it was on the advice of a friend. Now, I’m pleased to be part of a chain and recommend it myself.