city center1007 Italian53 pizza40 pizzeria12
Preconceptions: bad, aren’t they? You walk in expecting one thing and come out looking like a fool. So it was visiting Otto Pompieri. I’ll...

Preconceptions: bad, aren’t they? You walk in expecting one thing and come out looking like a fool. So it was visiting Otto Pompieri. I’ll be frank, looking at the menu I made up my mind on the spot: “nah, don’t like it.” Why? Because I felt like I’d seen it all before – in 1998. Mainly comprised of pasta and pizza and a few things in between, first impressions cast me back to the kind of choice diners faced before the millennium: plain, mediocre and crushingly boring. 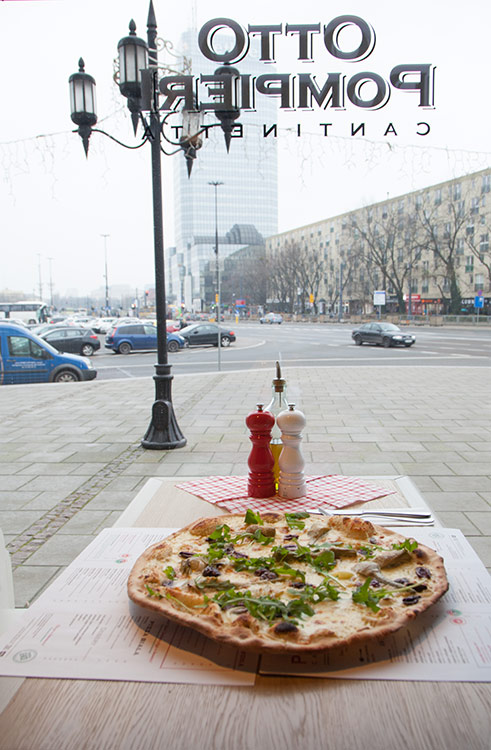 You see, the menu is not large, neither is it fancy: four ‘white’ pizzas, seven ‘red’. There’s the standard choice of pasta, some panini and then an ordinary selection of antipasta. As for soup, that’s a coin flip between either soup of the day or tomato. Put simply it didn’t promise much. Therefore, and I’ve brought this on myself, consider the rest of this piece a simpering apology of Clintonian contrition. I was wrong. 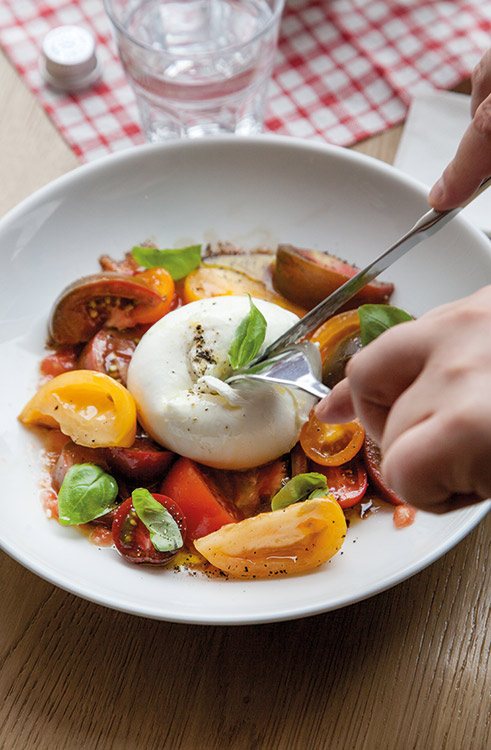 My second thoughts begin with the burrata di bufala DOP. Dense, puffy and oozing milk, this China white cheese comes deliciously surrounded by a ring of tomatoes of varying colors: if it looks fantastic, it eats even better. One hundred percent Italian ingredients I’m informed, and the results back this up. 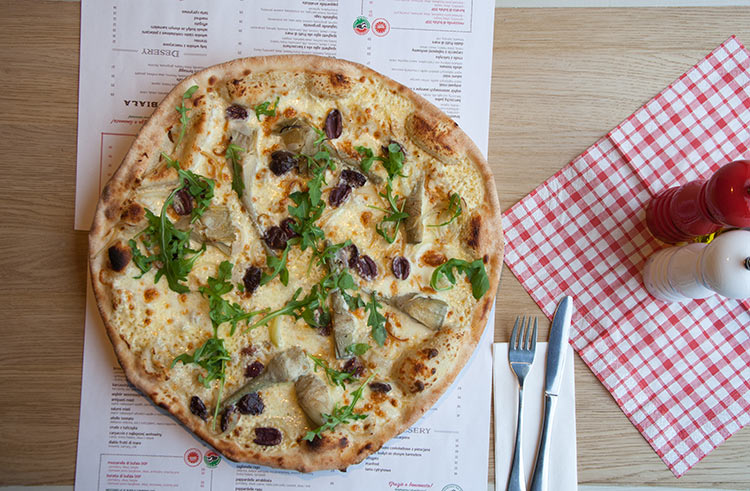 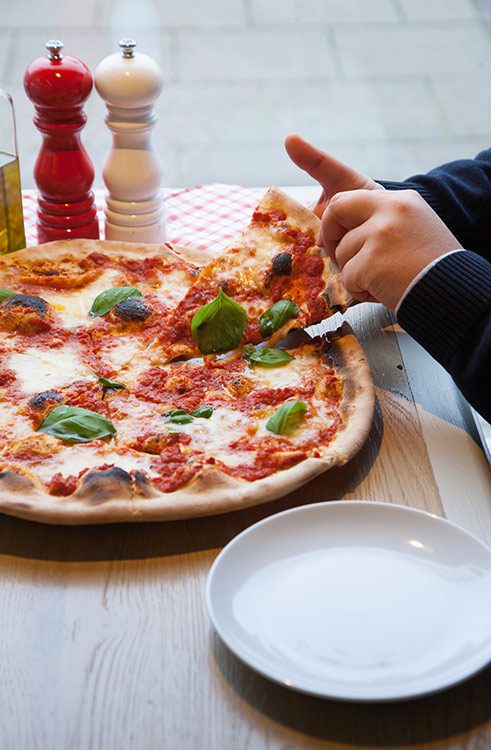 There’s no better way to judge pizza performance than a straight-up margherita, and here’s it’s incredible: larger than the plate it’s served on, it’s the celestial experience I thought I’d never find – as for the prices, my God, it’s cheaper than the rubber pies you dial for on a Sunday night. At zł. 21 for 42 centimeters, the margherita offers the best value per sq/cm than anything I can think of. 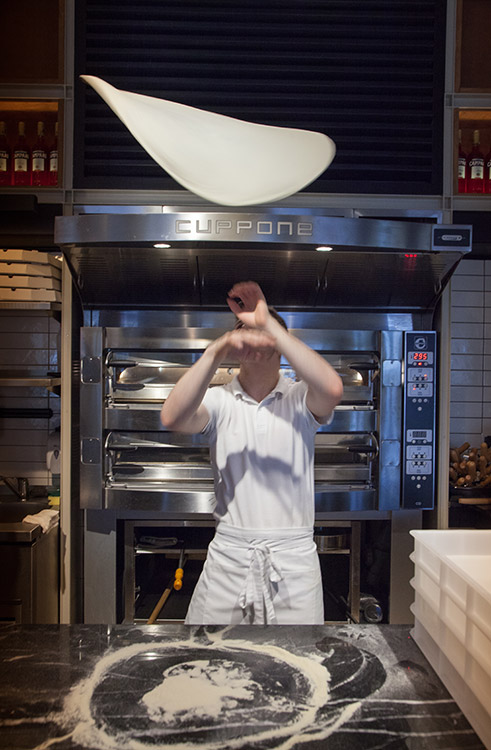 What about the place itself? It looks every bit as delicious as it tastes. Set within the former, pre-war Hotel Saski, from the outside it shines amid the grind of Pl. Bankowy like a diamond in the rough.

Inside, it’s retro Little Italy – only new, polished, slick. From the open kitchen, the cooking brigade engage in banter and bravado while spinning dough in the air: there’s atmosphere in abundance. With mood and food in perfect alignment, it’s a place that resonates with good times and promise.