bar299 city center998 craft beer152 drinks333 nightlife289
Who Are They? Behold, the founding fathers of the country’s craft beer movement! When they released Atak Chmielu in 2011, it became Poland’s first...

Who Are They?
Behold, the founding fathers of the country’s craft beer movement! When they released Atak Chmielu in 2011, it became Poland’s first commercially available American IPA and lit the touchpaper for the country’s brew-olution. 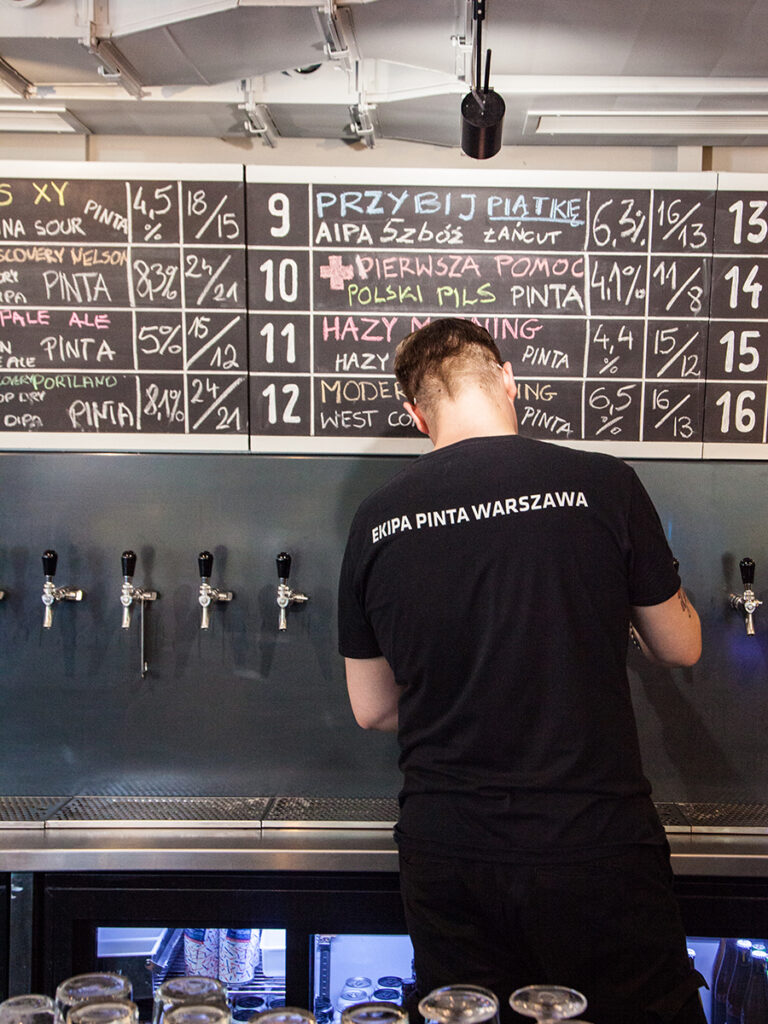 Three years later, Pinta were at it again, this time with another first – by cooperating with the Irish-based O’Hara’s, they became the first Poles to collaborate internationally with another brewery. In all, they’re credited with producing 200 beers brewed in 60 or so styles. 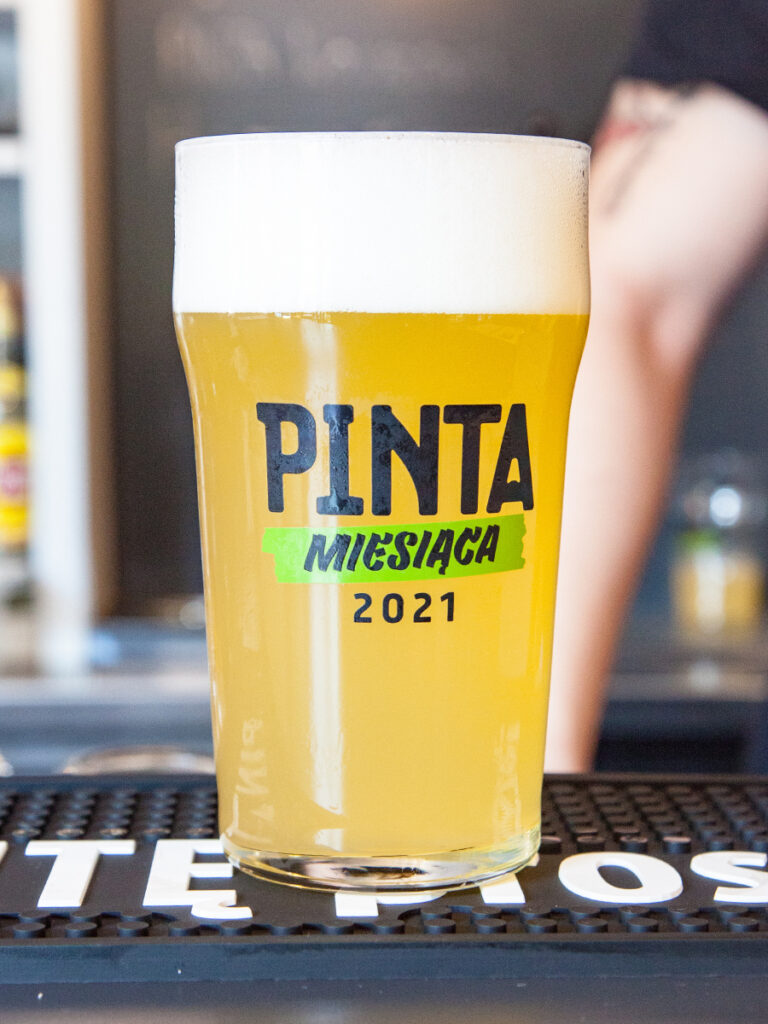 Previously operating as a contract brewery, in recent years their foothold on the Polish market has been strengthened by the opening of their own bricks-and-mortar brewery (2019) and the launch of their pub in Wrocław (2018). Delayed several months by the stop-start lockdowns, their flagship Warsaw bar finally opened at the beginning of this summer. 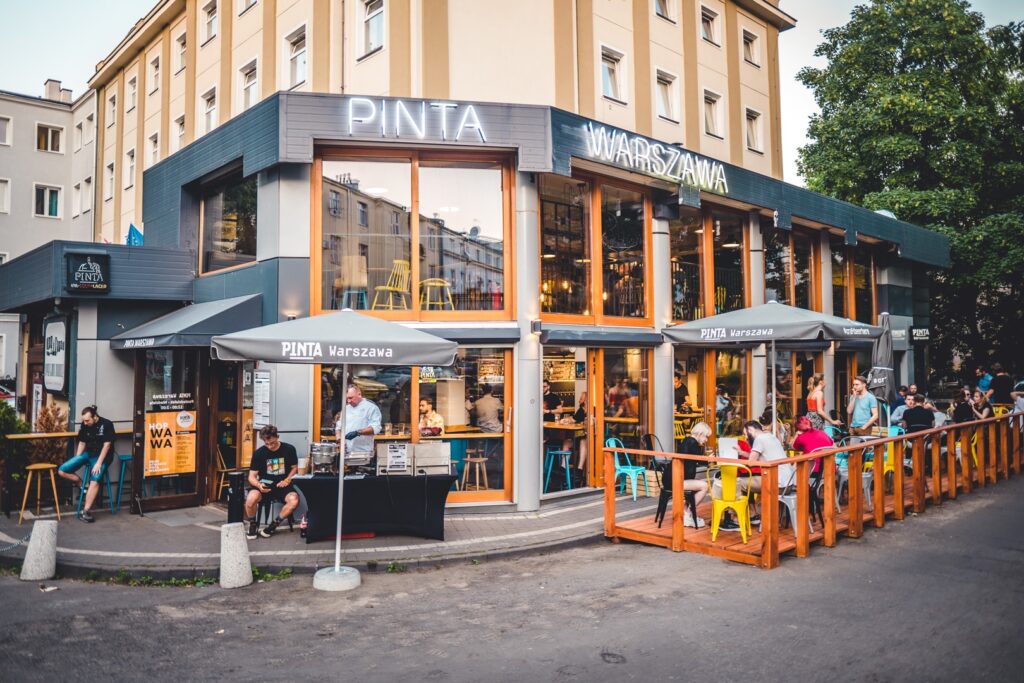 The Place
Forget that grubby stretch of Chmielna filled with trash and bubble tea stops, find Pinta on that cool little strip that runs parallel to the side. Set over two glass-fronted floors, it’s in the very same spot once occupied by the short-lived Mikkeller pub. 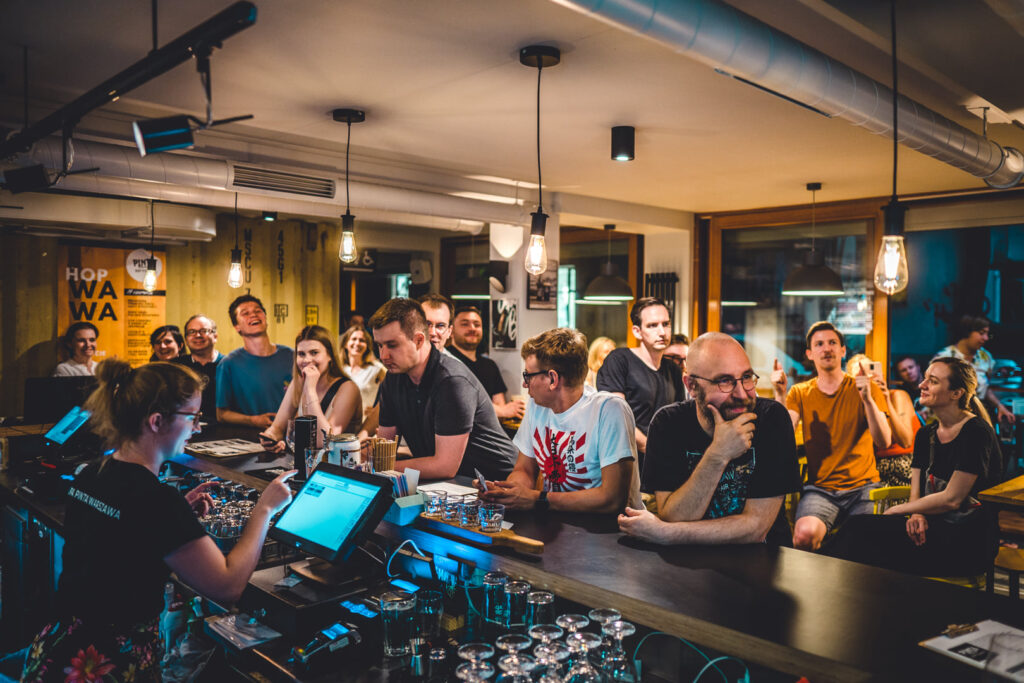 In truth, not much has changed from its previous incarnation: light, bright and almost Scandi in its style, the modernity of the look is exacerbated by the bare concrete touches, daffodil-colored seats and stray bits of shipping containers dotted around. The apparent sparsity works well – a classic case of less is more, in Pinta the punchline is given over to the beer.

On Tap
Of the twenty taps, around half showcase Pinta’s own brews. Of these, the classics are prevalent – for instance the pioneering Atak Chmielu, the smooth and light Oto Mata rice IPA, and the tropical new wave Kwas XY. But further to these core products, enjoy a range of seasonal or one-off brews and collaborations. 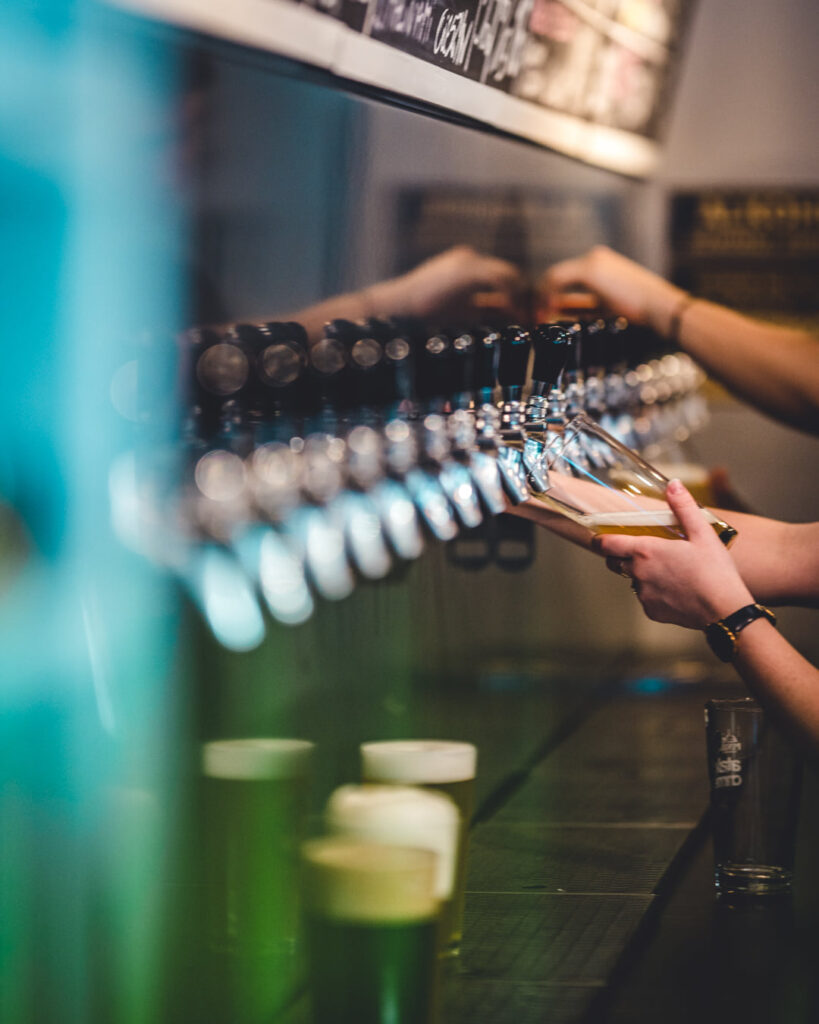 Away from Pinta’s portfolio, then you’re looking at beers from other A-Class breweries such as Artezan and Trzech Kumpli. There are also several bottled goodies lurking in the fridge, but good luck getting a look at them without X-Ray vision. Typical of Warsaw, find them hidden way below eye-level behind the bar.

The Other Bits
A growing number of craft beer bars are claiming to serve what they call ‘craft food’. Unlike many though, Pinta have actually earned the right to say that via a menu that includes cod bits in Bavarian beer batter, glazed BBQ ribs, pulled pork burgers and roast beef sandwiches with parsley sauce. All eat well, and even more so if you respect the pairing tips given on the card. 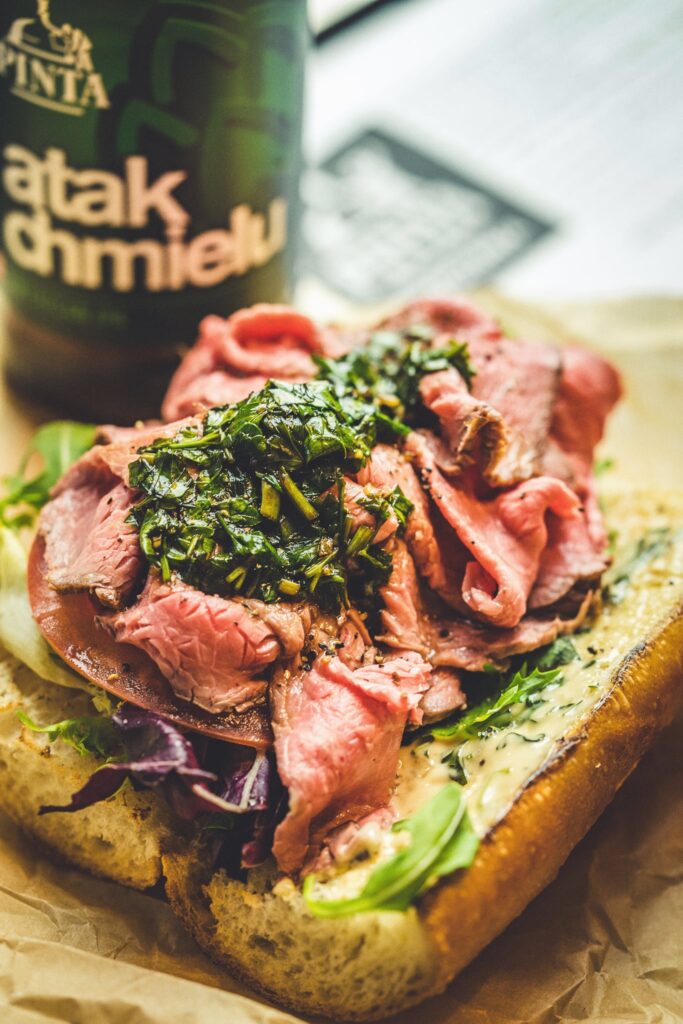 Verdict
Accessible price points, a well-schooled staff, and a cracking atmosphere all serve to make Pinta a natural born winner – and it says much for the underlying quality that it’s been embraced by more than just the usual crowd of bearded beer dorks. Young and fun, there’s a spirit here that feels truly reflective of modern Warsaw’s after-dark scene. We love it and you will as well.