author's cuisine111 bakery17 casual8 international134 modern Polish56 Powiśle129
There was a time when Powiśle was the volcanic center of what history will remember as Warsaw’s dalliance with hipsterdom. Now the area has...

There was a time when Powiśle was the volcanic center of what history will remember as Warsaw’s dalliance with hipsterdom. Now the area has moved forward, gentrified and matured. If once the district was (in)famous for grotto-like shops and bizarre street fashions, today its a polished place of four-wheel jeeps and fancy design stores – parts of it, at least. That’s especially true of Rozbrat, an aspirational street in the process of gradually being infilled with brasseries and bistros.

Rozbrat 20 is one such place, a smart corner venue populated by shiny people with neat manicures and tight fitting trousers – and that’s just the men. Looking about, you sense the bright, busy optimism of modern day Warsaw: there’s not one person present who doesn’t look like they weren’t born for good times and success. Casting personal envy aside, it’s a pleasure to soak in such gentle, pleasant waters. 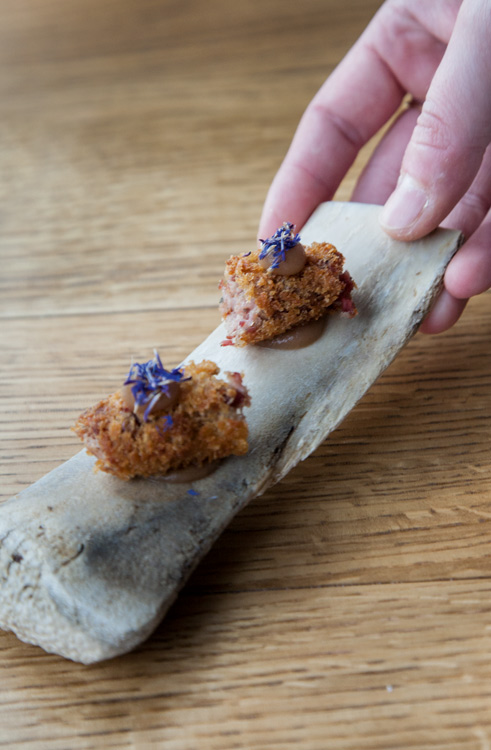 It’s a pleasure, also, to consider the menu. Much noise has been made about Rozbrat 20’s bread and wine selection, but their food is also something of a standout. Now offering a tasting menu (zł. 130, an extra zł. 110 with wine pairings), this six-course degustation begins with not one amuse bouche from the chef, but three. Chicken wing confit with grapefruit chutney and mustard leaves is promising, but nothing delivers as much excitement as a beef and pork croquette. Served on a bone with a smudge of smoked apple puree, I can tell it’s good before I’ve even started for this is the first time I’ve seen the photographer crack a smile since the election of Donald Trump.

All this though is just a drum roll. The first course appears in a whorl of pond green colors: cucumber, dill, apple. Under that lot, twirls of herring pickled in vinegar and herbs bring this dish together on a light cloud of freshness. Decoratively speaking, the beetroot salad that arrives next is the star of the stage, with its deep colors and sprinkling of horseradish ‘snow’ giving it the appearance of a dessert. A cylinder of goat cheese balances out the sweetness, but while everything works and makes sense the portioning is a little too generous. Sometimes less is more. No such problems with the Hungarian foie gras: complimented with chestnut and milk sauce, not to mention celery, apple and smoked bacon, its expertly assembled and boisterously flavored. 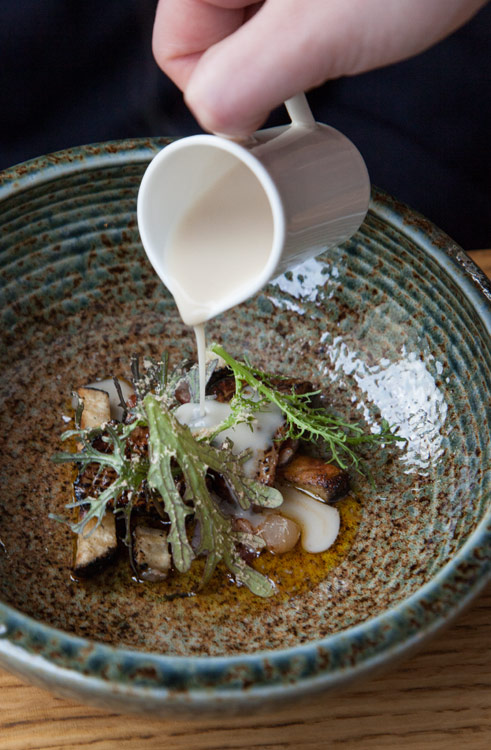 Zander is becoming quite common in Warsaw’s restaurants, but not in this form. Introducing mussels and basil puree, it’s a course that eats almost as if it were a fish consomme. Altogether heavier but every bit as harmonious is a roll of soft, gelatinous pork with kale and quince puree. Every great meal needs a moment of real flair, and this is Rozbrat’s memory maker. 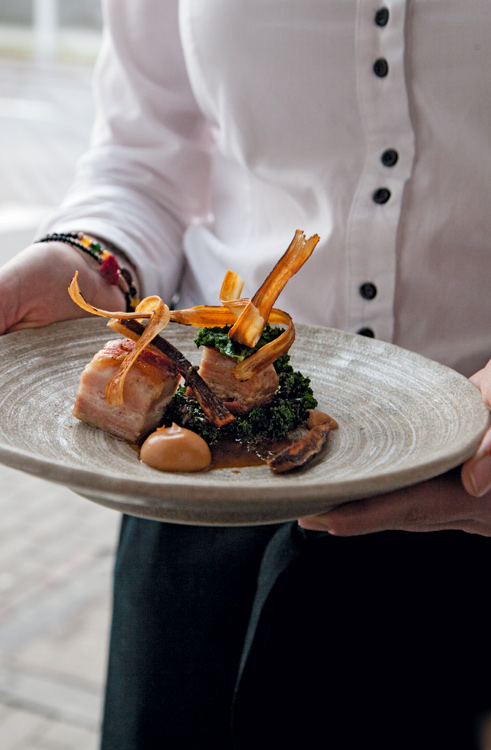 Dressed with ribbons of crispy salsify, it’s a robust winter dish full of reassuring, fleshy taste. Neither does dessert let anyone down, with frozen salted caramel served inside a stone-like shell that cracks open to reveal its glorious golden ooze. If there are any weaknesses identified, then they are mine and mine alone: an inability to say no leads to one glass too many. But hey, that’s what the carefree and beautiful do, right. (AW)