cycling10 fitness3 gym7 keep fit3 weekend132
If you’re anything like me, and I sincerely hope you’re not, then the big problem with keeping fit is motivation. After the initial surge...

If you’re anything like me, and I sincerely hope you’re not, then the big problem with keeping fit is motivation. After the initial surge of enthusiasm fades you’re left with the grinding drudge that reality entails. Giving up is easy. And I’ll be honest, after twenty minutes at Ride Warsaw I nearly gave up as well. Frankly, I’m a little out of shape, so after a short period on the bike I was already feeling nuclear explosions all over my body. But while throwing in the towel is possible, you’re just not going to do so in front of everyone else. 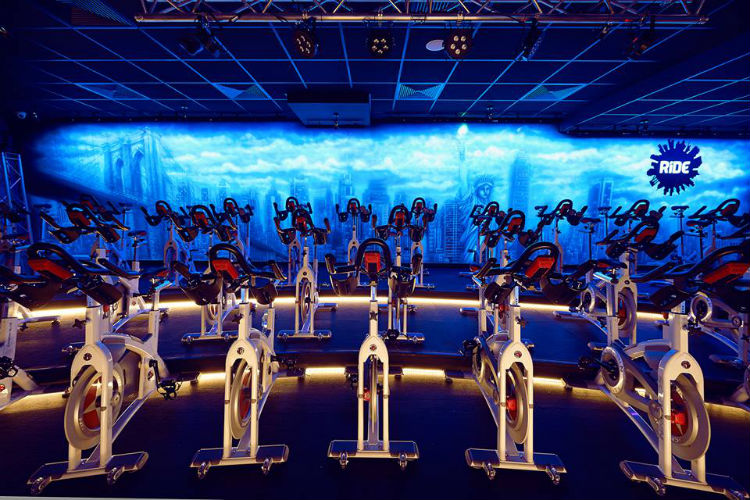 The concept here is kept simple, beautifully so. It’s not a gym as such, rather a room filled with exercise bikes. Around twice a day this small studio opens up to the public with group cycling classes overseen by a team of English-speaking instructors. This is not a leisurely Sunday pedal, but a high energy workout with a banging soundtrack and constant interaction with the trainer in charge. Rather than lose faith and walk out I push harder, working past what I thought was my limit. Exhausting stuff yet ultimately rewarding.

Neither is it a place that locks people into long-term contracts, instead you ‘pay as you go’: choose a class online and pay zł. 60. Simple. But the user friendly mantra extends beyond just the booking process. Bikes come equipped with bottles of water, progress monitors and towels, while changing rooms have the screaming feature of digital locks: no padlock monkey business! Considered and convenient, look on Ride as the new face of fitness.