author's cuisine111 city center1006 international134 Mediterranean16
Grzybowska, at least the bit between Marszałkowska and Jana Pawła II, is acting increasingly schizophrenic. But despite being undecided as to whether it’s a...

Grzybowska, at least the bit between Marszałkowska and Jana Pawła II, is acting increasingly schizophrenic. But despite being undecided as to whether it’s a business district or a residential zone, its split personality functions surprisingly well. Regardless of the financial towers and sleek properties that have filled the once empty land plots, the area’s most noticeable feature remains the soaring concrete tombs that comprise the 1960s Żelazna Brama housing estate.

It’s on the ground floor of one such block that you’ll find Sawa, a place that embraces the history of its address with an interesting interior that gives a wink to the past: walls stripped to their original concrete, transparent glass bricks once used in the stairwells, and an eye-catching mosaic designed in the PRL style. These trimmings, however, are tactful and discreet; this isn’t some pokey blast to the past, on the contrary, with floor-to-ceiling windows and cheerful blue flashes it feels more Mediterranean than anything else. 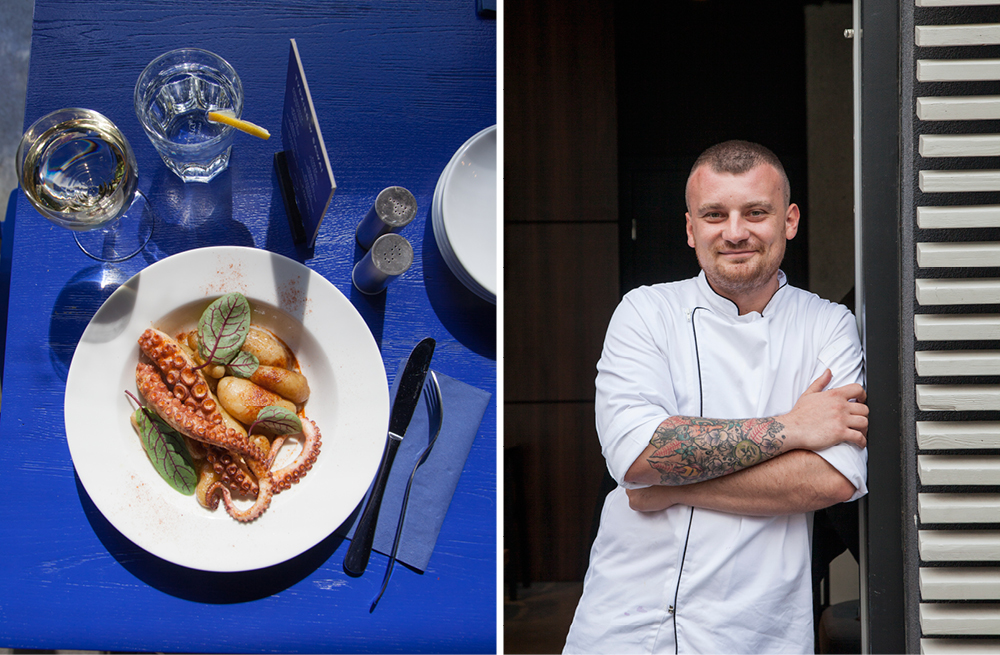 For sure, Mediterranean appears to be the message of the menu. To begin, there’s an Italian tartar with olive powder, shallots in port and balsamic vinegar and a smoked egg. Even on their own, these are ingredients that work independently of each other; combined together they’re an absolute winner, with the olive powder adding texture and the shallots a rich depth of taste. In contrast to these earthy flavors, the other starter – octopus – comes with marinated turnip, beads of pomegranate and a fun and fruity mango / papaya salsa. It’s a clean tasting dish that’s admirable in its simplicity. 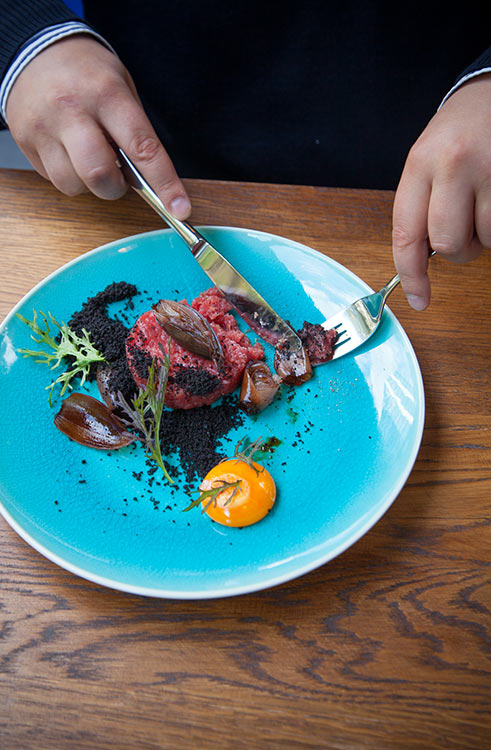 Given the chance, I’d eat octopus all day, and I prove this with mains: yep, another one arrives, this time ‘Galician style’, i.e. with waxy, boiled potatoes finished with pimento and a splash of oil. While true Galician octopus tends to be cut into little chunks, this one isn’t, but I’m not going to be pedantic and labor the point. The reasoning for that is because it still tastes just right: tender and full of Spanish bang. My accessory for the day, the Insider’s photographer, agrees, and we joust over the pickings like medieval crusaders. This isn’t something I altogether mind, because it allows me the chance to raid his own plate: ocean perch with seasonal greens, a lively lemon sauce and saffron. The skin is textbook crisp and the flesh delicate and moist: again, simple stuff but skillfully executed. 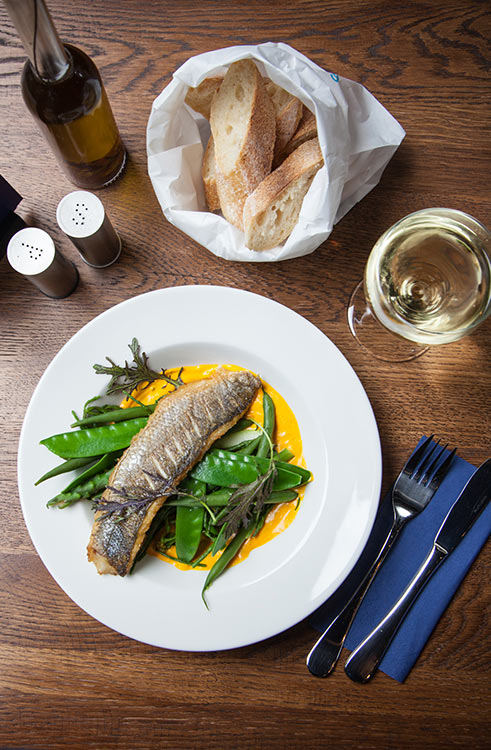 Dessert continues the unpretentious theme, with forest fruit ice cream served with granola and blackberries: nothing complex but immensely enjoyable. And that there is the strength of this restaurant. Warsaw’s foodie metamorphosis has been a joy to see, but too many places have overreached themselves in an attempt to break new boundaries and outwit both the public and the pundits. Sawa isn’t one of those. It’s a restaurant that seems to recognize its strengths and plays right towards them. They are not going to mystify you with crazy techniques or mad flights of invention. What they will do though, is cook a bloody good meal for a very decent price. At a time when so many new eateries are relying on shock and awe tactics, this one has its head screwed on to play a sensible game: well done for that.