Costing PLN 24 million, the project will be executed by Remondis and will begin next month. Should all go to schedule, the area will...

City Hall have announced the successful closure of a tender process to redevelop the Uprising Hill.

Costing PLN 24 million, the project will be executed by Remondis and will begin next month. Should all go to schedule, the area will reopen to the public by the end of 2022.

Found in the city’s Siekierki district, the mound was created in the post-war years from tons of rubble brought from the center. Measuring approximately 35-meters in height, many viewed it as being a symbolic ‘tomb’. 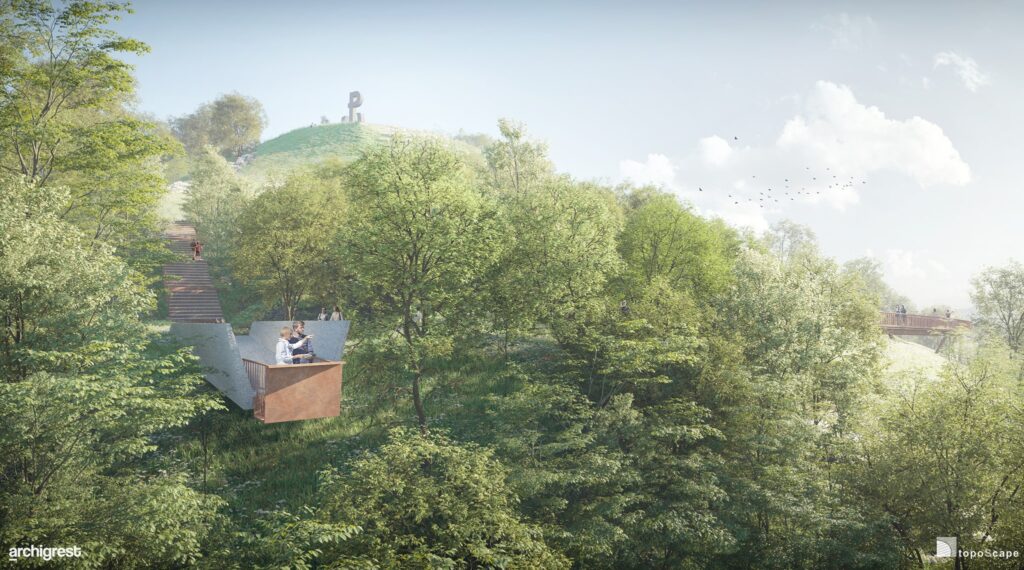 Accessed by what is reputedly the longest stairwell in the city, the 350 steps currently take visitors to a peak proudly capped with a Kotwica – the official emblem of the 1944 Uprising.

Touting staggering views of the city, it’s here that annual commemorations to mark the insurgency reach their zenith with the solemn lighting of a pyre that is kept alight for 63-days – the length of the ill-fated battle.

Now, however, the city’s plans will lend the landmark a new lease of life and, in the process, make it more user-friendly. 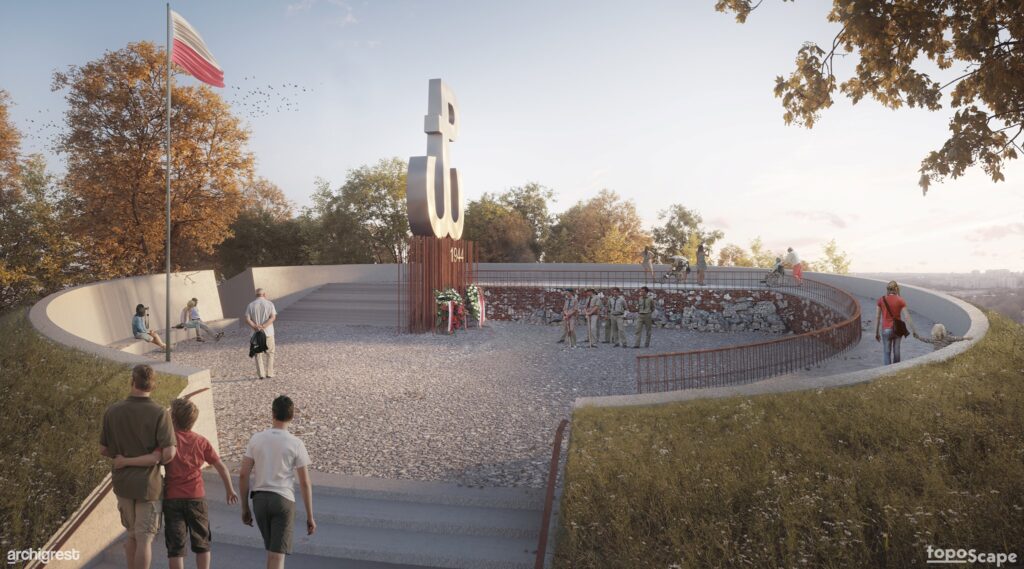 Devised by topoScape and Archigrest, the approved design envisages the creation of a park at the bottom that will feature, among other things, a dog run, playground and educational paths.

Furthermore, repairs will be made to the stairwell whilst other changes will include the introduction of a lapidarium containing various bits and pieces found during the clearing of the city. 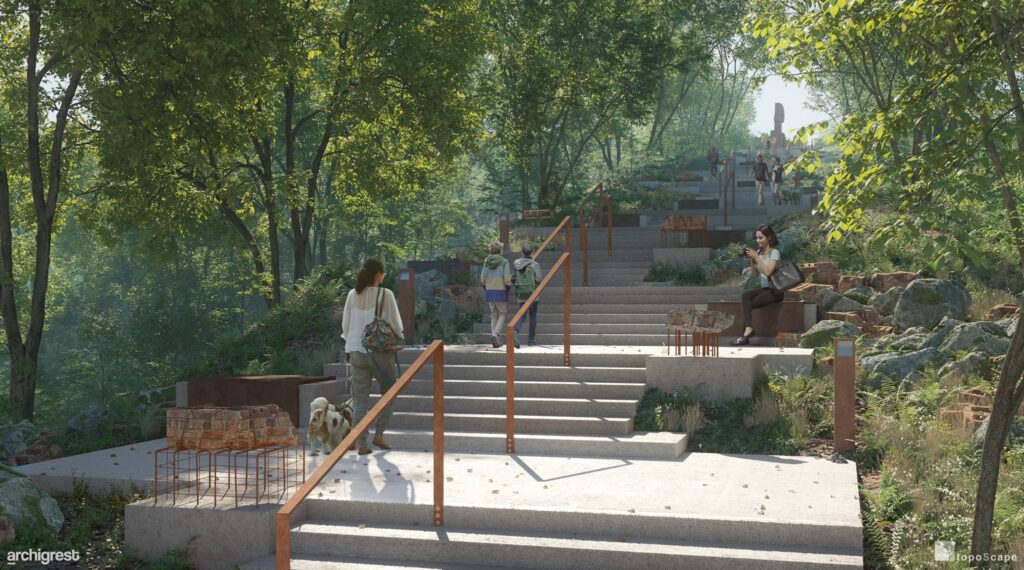 Additionally, the Kotwica will be moved slightly to make way for a viewing platform. Of the other changes, 8,500 trees will be planted and the park will be adapted to meet the needs of the physically impaired.