Of the seven underground complexes known to have been built as part of the Nazi Riese project, seven have so far been discovered with three open to the public. Bleary eyed, we set off to visit the most high profile: Osówka.

Traveling by taxi, the 40 minute ride takes us along narrow, corkscrewing roads past factories and farmsteads long since abandoned. The air is forlorn, and the scenery timeless and tantalizing. Even the forests that climb the steep slopes in the distance carry a dark look of menace. You get the feeling that the malignant force of history still hangs in the air.

At the visitor center, we equip ourselves with English-language audio guides and set off into the woods to find the main entrance – a narrow slit in the rock face with a barred gate. Eventually, as more people gather, the door clanks open and a Putin lookalike ushers us in. Involuntary Polish-lingo tours are not usually my bag, but in this case President Putin does a good job of pointing out the obstacles that come our way: missing steps, jutting rocks and slippery surfaces. The crash helmets issued at the start are definitely appreciated.

Following him the group stops at varying points of interest: a collection of weaponry recovered from local Werwolf units (Nazi resistance groups) in 1946, radio equipment, helmets and other rusting detritus. While some of the halls and guardrooms have been finished with concrete, others are raw and rugged and up to ten meters in height. Working on this monumental, maniacal scheme, it comes as no surprise to learn average life expectancy of prisoners was four months. 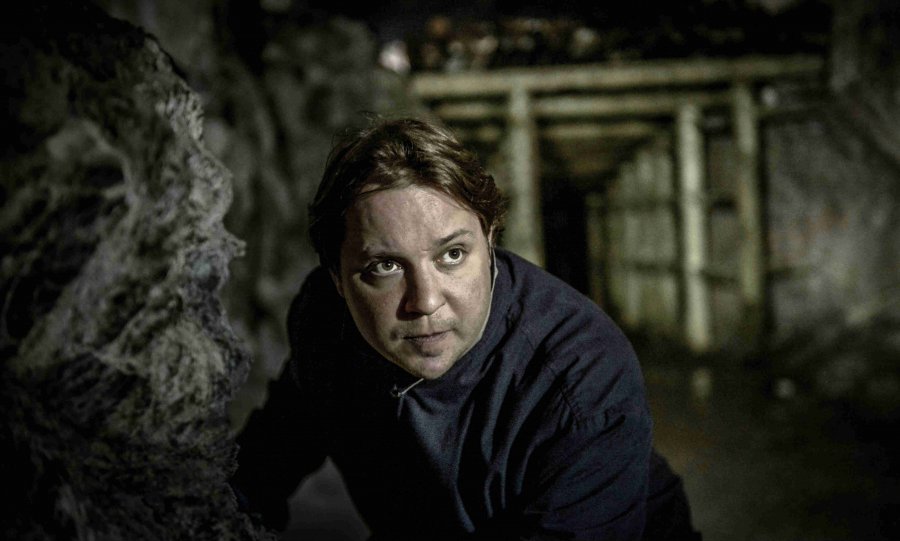 Bewildering in both layout and scope, it’s not long till we’re lost. The rest of the group have been followed the guide obediently, but we’ve lingered back at the behest of the photographer. “Look, I need to get a good shot of you,” he explains, “look like an explorer or something, do an Indiana Jones face.” My pleas that the group are slipping further away go ignored. And then, the next time I look, they’ve vanished completely.

It’s at this point you realize how labyrinthine the tunnels are: while the Osówka underground trail is 1.5 km, good luck finding your own way around. Left alone, the atmosphere in these cavernous halls is almost other worldly: there is no noise, except for the drip, drip of water. The experience is eerie and uncomfortable yet oddly enlightening. Seduced by the silence, we wander around lost in thought and reflecting on the lunacy of it all. There is unspoken relief when we eventually finally find the exit, but it’s matched by an equal sense of having glimpsed the heart of madness.