From modest beginnings in 2004, Warsaw’s annual Singer festival has established itself as one of Europe’s best-known festivals of Jewish culture. Expected to attract over 40,000 people, in excess of 200 events have been planned over a nine-day period, including screenings, guided walks, discussions, cookery workshops, literary meetings and concerts. 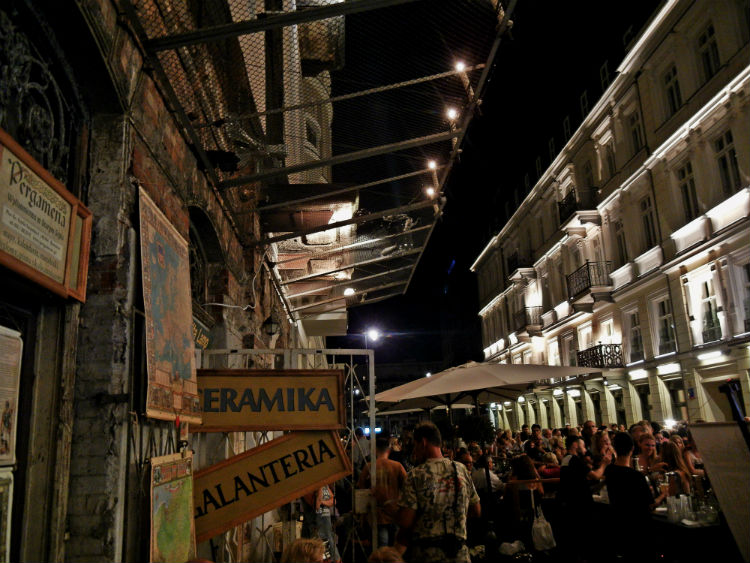 “Our Festival,” says founder and artistic director Gołda Tencer, “is a bridge connecting tradition and modernity; we are not afraid of daring artistic projects and we welcome uncompromising, open artists – that, after all, is Singer’s Warsaw.” Though the action will be spread across Warsaw, the spotlight, as ever, will fall on Próżna, Pl. Grzybowski and the Nożyk Synagogue. Featuring an open-air market and outdoor stage, it’s round these parts that the spirit of the festival truly reveals itself: no matter what the weather might have up its sleeve, the final night is a party to remember.

Theater
Inexorably linked with theater, the festival’s program will include a performance of Only Fools Never Get Sad by Israel’s Yiddishpiel Theater, as well as an adaptation of Isaac Singer’s Gimpel The Fool by the Nephesh Group. Warsaw’s own Jewish Theater will be presenting shows such as Ida Kamińska, The Last Son, Itzik’s Midrash and A Few Foreign Words in Polish.

Music
Inaugurating the festival will be cantors Yaakov and Shulem Lemmer from the US, and they’ll be joined inside the Nożyk Synagogue by the Kolot Israel Choir. The finale, meanwhile, will see violinist Ara Malikian take to the stage to blend Jewish, Arabic, Argentinean and Roma sounds to present his interpretations of Hendrix, Bowie and Zeppelin, as well as classical masterpieces by Mozart, Vivaldi and Paganini. In between these bookends, highlights will include performances by French violinist Dominique Pifarél, legendary jazz act Młynarski-Masecki, and Tokyo-based Jinta-la-Mvta who will be mixing ‘Tokyo street sounds’ with traditional Klezmer and Balkan music.