There was a time when Sienkiewicza felt like the center of the universe – all life, so it seemed, converged on this thin strip...

There was a time when Sienkiewicza felt like the center of the universe – all life, so it seemed, converged on this thin strip of land. But while streets like Mazowiecka have maintained their popularity, Sienkiewicza feels distinctly low on swagger – a place of shuttered, empty units, you feel Sienkiewicza’s ship sailed a long time ago. But it’s not white flag time just yet, with the opening of Skandal giving this dying stretch of street a shot in the arm.

The Place: looks amazing. The definition of contemporary chic, Skandal’s design is light and clear-headed, yet not short of eclectic and eccentric touches – the artwork alone provides plenty of talking points. But the real ace up their sleeve is the upstairs which features, amongst other things, an L-shaped mattress thing and a glass wall which allow you to peer down on the chefs working below. 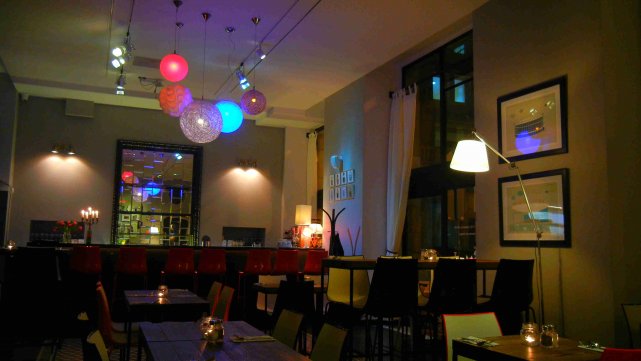 The Chef: a chap called Jacek Wolfram, a one-time pupil of the celebrated Kurt Scheller. He’s clearly a man with nothing to hide, a point proved by the number of ingredients stacked and piled in front of his open kitchen.

The Menu: short and frequently changed. On our visit there were six mains to choose from, among which were fish & chips and a couple of pizzas. A small corner of the card is reserved for the different house breads, which are apparently made using imported French flour.

The Drinks: Skandal is owned by the same mob behind Leniviec, so drinks are not an afterthought – there’s four types of house lemonade, botanical drinks from the Fentimans group, and a concise list of cocktails. The raspberry / mint Collins is a beaut. 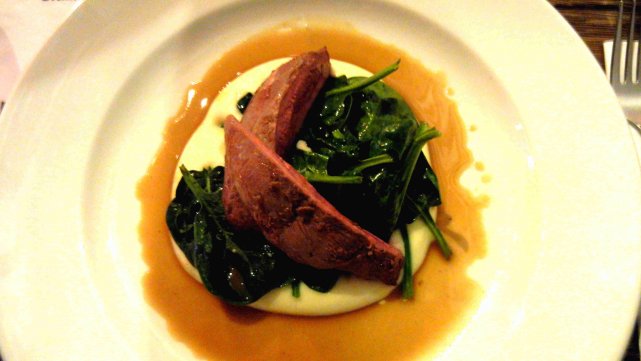 The Meal: the complimentary bread sets the tone for a rather wonderful meal. The GF went for tagliatelle agli olio with shrimps, which was described as ‘cooked to perfection’. For me it was sous-vide duck served on a bed of spinach and pureed potatoes. This was a dish of real merit, and one worth well in excess of the zl. 39 price tag. 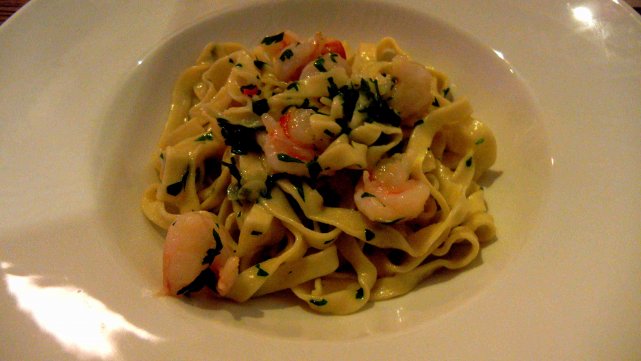 The Service: that’s the real scandal. It took the waitress 20 minutes to clear our plates, by which time it was evident that if we wanted to leave anytime this month we’d better pay up and finish the meal somewhere else. It was another ten minutes before the bill was sorted. While the server was well-mannered and polite, her lack of interest in the diners deserves comment. And before you ask, no, the place wasn’t busy – to my knowledge, the waitress had just one other table on her watch. Clearly, here’s a person who puts the wait into waitress.

The Verdict: I’d love to recommend Skandal, but I’ve actually no desire to ever return to a place that makes me feel so second rate and invisible. Consider it filed under the ‘never visiting again’ category – and what a shame that is, because judged on food alone it’s really very good.