Poland’s craft beer scene is thriving, but a side effect of any trend is the involvement of operations with little passion for their product – we’ve seen it before in Warsaw, first with sushi, and more recently with burger joints, hummus stops and Mexican outlets. Now it’s the turn of multi-tap bars: everyone, it seems, wants a piece of the pie (or, a piece of the pint).

Sure, the ingredients needed to create a good craft beer bar are purely subjective, but even so, all would agree that the primary consideration should be the beer. With 21 taps, Sketch get that much right, and the choice is ok – nothing revolutionary, but fine nonetheless: you won’t find edgy Scandi, Brit or North American brews, but the key local players are represented alongside a smattering of European craft houses. Yet despite the pedestrian and rather static options, the prices are inflated considerably beyond those charged by Warsaw’s other tap haunts. 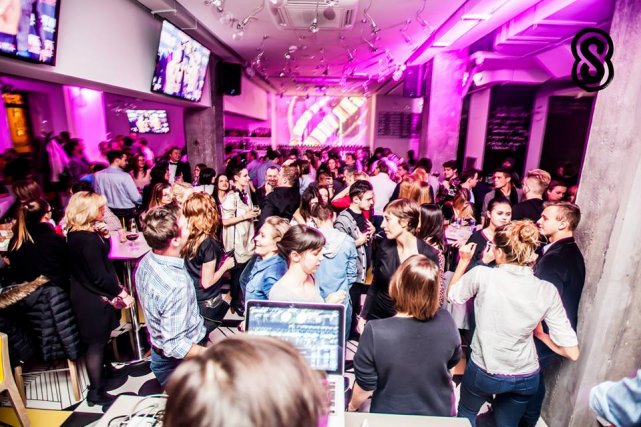 That alone asks the question, who is Sketch aimed at? The answer is emphatic: it’s designed with a very specific crowd in mind, that being Poland’s social elite – glam stylists, models with sleeve tattoos and guys decorated with items like a pocket square poking out of their electric blue blazer. It’s a crowd that doesn’t mind paying premium to hoot and holler amongst likeminded success stories.

The beer aspect is purely incidental. You get the idea this mob would be here if the pipes were hooked up to the udders of a cow – so long as milk was in fashion. What draws them here is each other, and a venue that’s bold, bright and brash. In other words, it’s perfect peacocking territory prior to a night in Platinium. That their Facebook albums pay scant attention to the beer – instead focusing on pretty people having the time of their lives – is a snapshot into the very soul of Sketch. And here’s the conundrum: if that’s your scene, then Sketch works very well. As a tap bar, it doesn’t.