In their relentless battle with authority, our man finds the anarchic world of squatters to be a mirror of the very thing they are fighting against…

The mood at the squat is dark and potent. The night before had seen its members clash with police as they tried to reclaim a nearby building their fellow squatters had been turfed out of. It had been an act of defiance and of unity, and it had failed. I was there to document squatter life and was interested in Syrena on ul. Wilcza which had hit the headlines after coming under attack from neo-Nazis during last November’s Independence Day marches. I was keen to see how the squatters live, hear about their experience of being under siege and to get an understanding of how they operate as a communal society.

Making my way through the entrance and into a courtyard, I approach a man and a woman chopping up a door with an axe. A dog relieving itself in a corner spots me and lollops over, barking angrily. The pair stop what they are doing and look up, suspicion dripping from the wreckage of their features. Cautiously I explain who I am and what I want. The man hefts his weapon and glances at a bike hanging from a barred window by ropes slung around its handle bars. A potty sort whose spiritual home is a padded cell, I guess. Then the woman speaks. 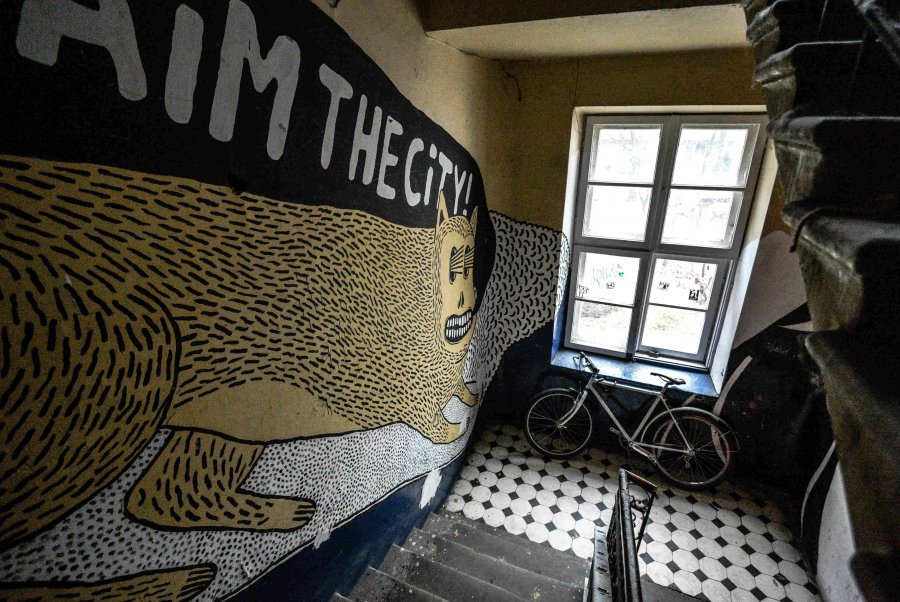 “We can’t let you in. We need to have a communal meeting about it,” she says between puffs of a cigarette, adding the meetings take place every Tuesday. Today is a Thursday, deadline is Monday. Before I can explain, she speaks again. “You can’t come in. It’s time for you to leave.” She turns and leads her axe-cleaving friend back to the wood.

I decide to enter the building anyway and, reasoning that the Empire hadn’t been built by men afraid of darkness, slip inside. Graffiti-covered walls line the stairwell and landings, each displaying a message of anarchical hope: “No Gods, No Masters” says one. “Reclaim the Streets” says another. And so on. All the doors to the rooms are missing and have been replaced by curtains. The squat’s website features a plan depicting a photography darkroom, a library, playroom and workshop, but before I can infiltrate either I hear a movement behind me. A blonde-haired man with a pink scarf and a smartphone has appeared. In the gloomy surroundings he cuts a dashing figure. But behind his Brideshead appearance there lies something untamed. Tough enough to kill you, sensitive enough to care, I think.

At first, he is keen to speak, excited even. Articulate and animated, he says he wants to write a piece on the failed events of the night before. I later discover he works as an English teacher and is a graduate of Warsaw University. But as the conversation develops, he becomes agitated. He’s not from this squat, but from the one emptied last night. Glancing around nervously, he explains he doesn’t have “permission to speak”, before echoing what the woman outside had said: “It’s time for you to leave.” He takes my number and says he’ll talk to the Syrena leadership. But I never hear from him again. If the website, with its detailed layout map is accessible to all, the squat clearly isn’t. 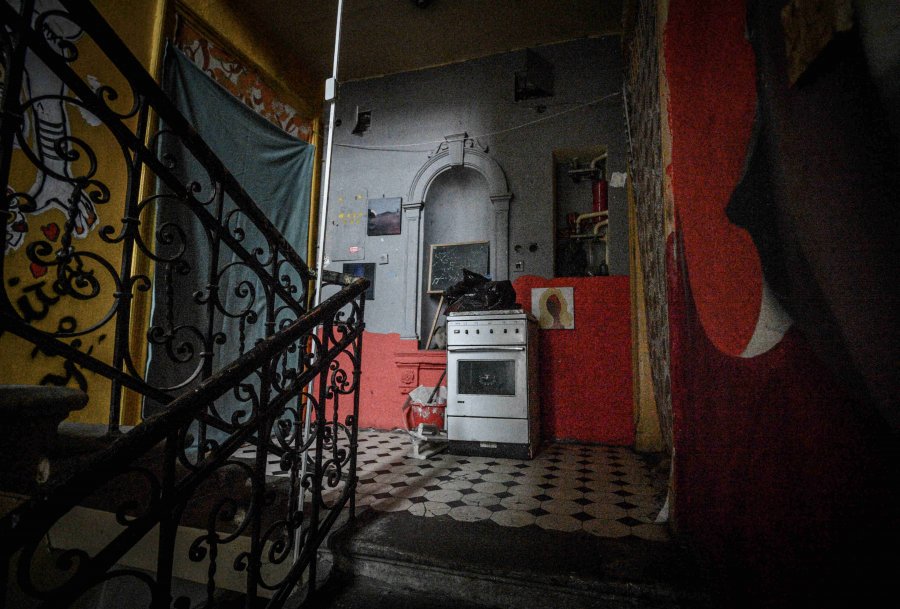 The plan for an intimate fly-on-the-wall documentary was in tatters. Yet, I came away with what I think was a greater insight. An anarchist community built on a strict pyramid of hierarchical leadership. A secretive group wary of outsiders and, equally, of their own members. A group that fights against what it sees as the oppressive nature of society by introducing their own equally oppressive rules governing who can say what and to whom. And one that struggles to balance the normal world of smartphone technology and capitalist working mores with a desire to overthrow it. It was time to beam me up, Squatty, and leave them to it.