Sounds of the Underground

Tired of the same, same? This issue the Insider explores the underground sounds and alternative venues the city has to offer… By Alex Webber | Photos by Ed Wight 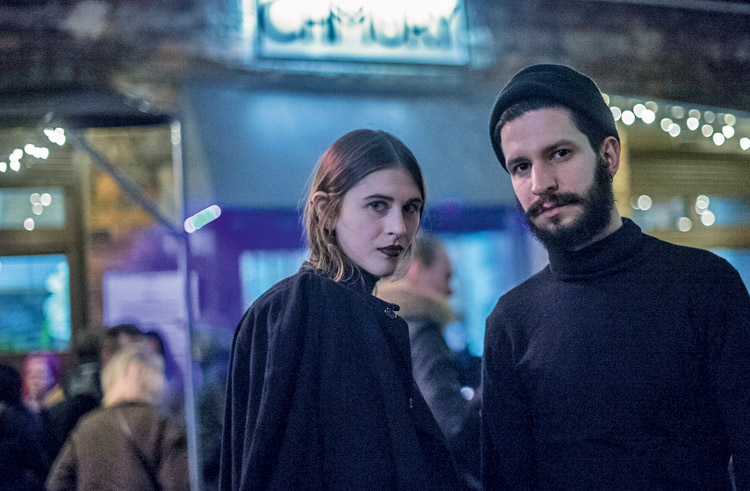 Hydrozagadka & Chmury
ul. 11 Listopada 22, hydrozagadka.waw.pl
Run by the same people, such are the crowds that gather at Hydrozagadka and Chumry it’s sometimes hard to tell where one begins and the other one ends. That’s certainly true of the night we opt to visit: it’s a chilly March evening but the courtyard is thronged. As the German-based band Lebanon Hanover start up the audience piles in, passing under a cuddly bear suspended from the ceiling and into a low-roofed concert space that, in the words of one reviewer, “is turned into a minimalistic analogue underworld” for the duration of the gig.

Tight and crowded, it’s a place where audience and band become one, feeding off each other to generate an electrifying atmosphere in which the music takes over. With people coming from as far as Ukraine and Belarus to hear Lebanon Hanover it’s clear that they’re the main event, but as they leave to raucous cheers it’s apparent that the night has little thought of ending. Conducting the post-party, Katz – a magnetically glam female DJ duo – enter the fray playing a mix of cold wave / goth / post-punk and minimal synth. Drinks flow, strangers meet, and music smashes out: it is as though we have happened upon the heart of unforced cool. 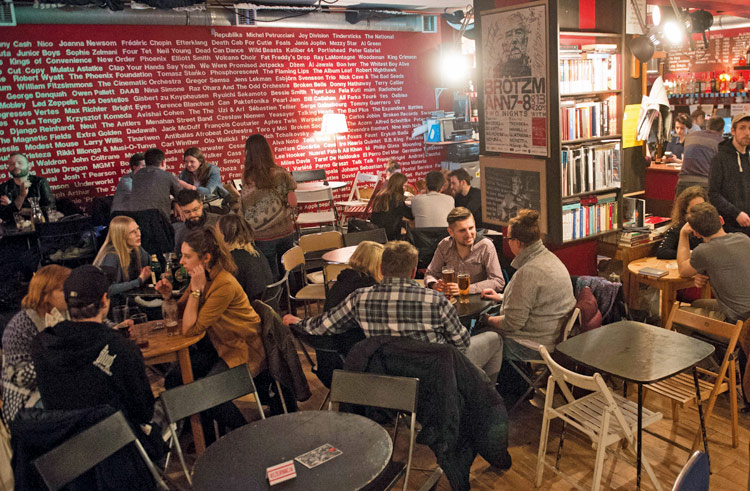 Pardon, To Tu
Pl. Gryzbowski 12/16, pardontotu.pl
Resisting the hasty gentrification of Pl. Grzybowski, Pardon, To Tu is perhaps the most celebrated of Warsaw’s experimental spaces – and deservedly so. The gig diary is heavy with everyone from acts on the edge of stardom to established international names. What knots them together is the point that they are anything but normal. Find a series of genre-bending concerts enjoyed by a crowd that demands that their horizons are challenged: free jazz, African drum groups, avant garde soloists, etc. etc.

Nights get lost in a magic swirl of innovative sound, and the foggy atmosphere is given a helping hand by an unorthodox audience that gels together into one vibrant mass. On the occasions that there are no concerts, Pardon works equally well as an animated bar in which Ykos – Warsaw’s favorite dog – walks blithely between tables unaware of the commotion. Functioning as the unofficial home of Warsaw’s alternative music culture, nights end way, way late, usually with the staff mopping up the debris around the last determined drinkers. Only the city, it seems, is unappreciative of what Pardon stands for: the threat of demolition has hung over this building for the last couple of years. 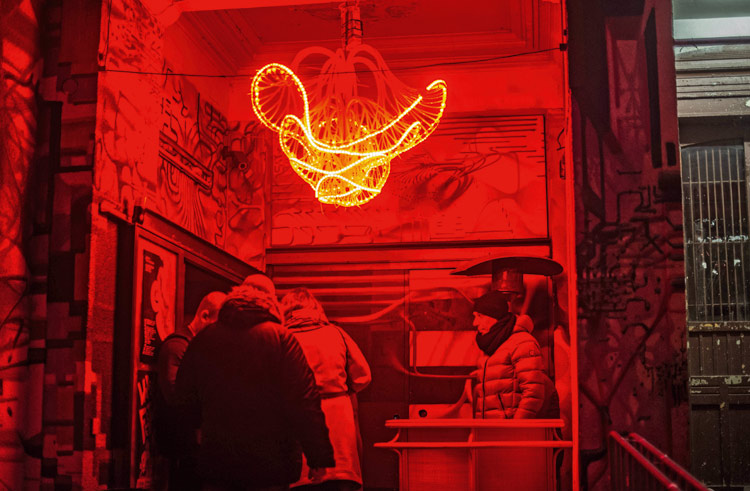 Nowa Jerozolima
Al. Jerozolimskie 57
Ignore the unsavory-looking ‘night people’ that hang around outside bumming cigarettes off startled foreigners, instead plunge right in. Once serving as a children’s hospital (and allegedly haunted to high heavens by the screams of its former patients), this tenement has been repurposed as a multi-floored club that feels dank and squalid: the polar opposite of the club experience offered by Platinium and suchlike.

The belly of the beast is a main room that rattles with domestic and international electro acts lapped up by a crowd that’s already lost its marbles by 11 p.m. And therein lies the appeal: it’s not a place dedicated to any pre-defined social group, rather a place for all: from masticating muscle men to regular people unchained from the ordinary work-a-day life. It’s Warsaw’s dirty little secret, and brilliant for it. Further upstairs, the smoking area takes on more of an after-party spirit: think of it as a recovery point for slumped-out zombies. 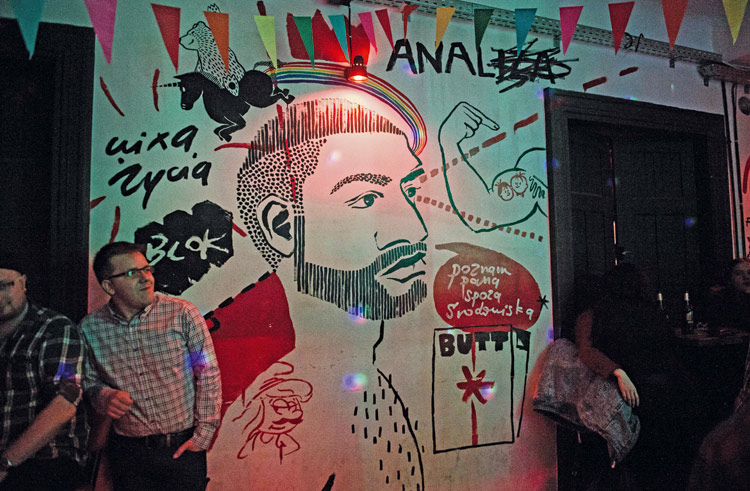 Blok
Al. Jerozolimskie 57, blokbar.pl
Sharing the same entrance portal as Nowa Jerozolima, enter Blok via the enigmatic door to the right and then proceed up umpteen million stairs that, you suspect, might not hold out for longer than a decade. Arriving at the target, one is met by an ambiance that’s a stark contrast to the intensity of Nowa Jerozolima. “I think this is a gay club,” announces the photographer a little too loudly, though with its mirrored disco balls, same-sex couples and adverts for Mr. Leather Poland I can’t understand why there’s a doubt in the first place.

Much like the club next door, Blok is stained and sweaty, but the atmosphere is upbeat and inclusive. Whilst not a live music venue per se, it’s pretty much as alternative as Warsaw gets, and the dance floor can get seriously euphoric when the DJs hit their game. And hat’s off to the smoking room, a dark, narrow cell that’s all but bare but for silhouettes and shadows: through the distortion of the grimy glass, snatch an almost spectral view of the Palace of Culture. 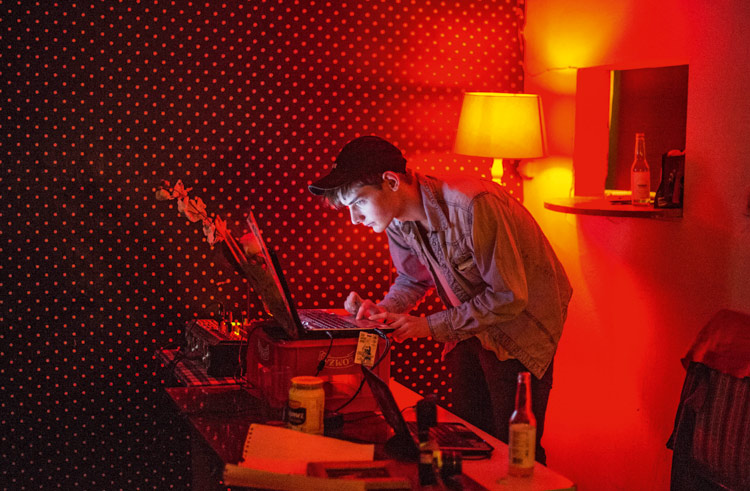 Eufemia
Krakowskie Przedmieście 5
Even in a country that prides itself on deceptive addresses, Eufemia outdoes them all by suggesting gig-goers head to Krakowskie Przedmieście. Actually, you need ul. Traugutta, and from there to search out the salmon pink palace that’s entered via Niżyńskiego on the right. Obvious, huh? Slipped down some steep stone steps, Eufemia unwraps into a series of side rooms furbished with VHS tapes, student artwork and furniture looted from your grandparents dining room. Snugger than a badger set, and mapped out like one and all, the claustrophobic atmosphere lends itself well to intimate gigs that see everything from improvised instrumentals and bands called Graveyard Drug Party to DJs with monikers such as Justin Beaver.

We’re there early, but already pretty student girls in reprised 80s fashion are flinging their arms in front of a focused DJ with a jar of mayonnaise placed mysteriously next to his laptop. In terms of ambiance, it’s not far removed from a house party round ‘a friend of a friend’: you don’t really know anyone, but you get along with them anyway. In short it’s a blast.